Covid raid in Knightsbridge: Crackdown police break up party 'with 200 people inside'

Savvy mum transforms her dated kitchen for just £150 after being quoted £15,000 for the job

Dramatic moment wanted driver, 25, hurls bags of cocaine out of his car window

Kate Winslet said there was ‘something wonderful’ about the love scene she shared with Saoirse Ronan in her new film, but she denied that it was in any way ‘controversial’.

There was, she said, still a double standard when it came to describing intimacy on screen between same-sex as opposed to heterosexual lovers.

‘Why can’t they just be called passionate scenes, rather than ‘lesbian or gay’? We wouldn’t say the ‘heterosexual romance’ Titanic!’ she said, observing that she’s a strong believer in having more LGBTQ relationships on screen. 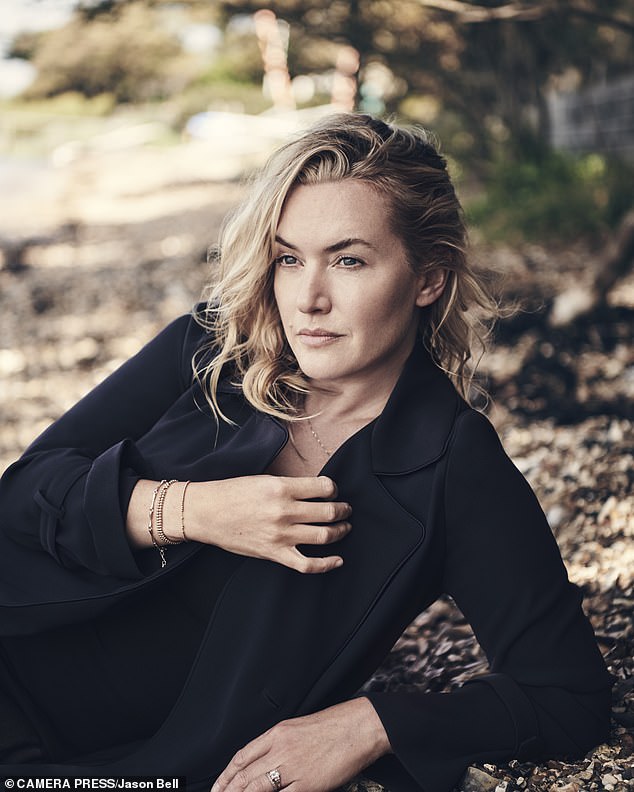 The scene we’re discussing takes place in Francis Lee’s powerful new movie Ammonite which (to use the Oscar-winning star’s own words) examines ‘an imagined aspect’ in the life of Mary Anning, the unsung hero of British fossil hunting.

Winslet transforms herself into the paleontologist, roaming the Jurassic Coast near her Lyme Regis home, scouring the shore and cliffs for the remains of ancient life, the harsh winds and sea spray coarsening a face already as scrubbed as the floors she cleans daily.

Anning’s pioneering work included the discovery of the complete skeleton of a Plesiosaurus in 1823; and she unearthed countless other examples of fossilised creatures, though her achievements were, depressingly, often credited to men.

‘She was a woman of extraordinary integrity, and utterly authentic to herself,’ Winslet said of Anning. Director Lee (whose breakthrough film was the acclaimed God’s Own Country) shows the fossil hunter digging into rocks and sand, clad in simple, sturdy clothes suitable for such messy — and exhausting — work. Winslet’s body was cut and bruised after weeks of research and filming.

Nearly as difficult was learning to convey her thoughts with a minimum of words and gestures. ‘I was terrified, because when I was having a conversation, I wanted to gesticulate with my hands,’ she said. ‘But Francis said: ‘Do it with your eyes!’ ‘

Lee’s film is not a biography. Nor, said Winslet, does it tell the full story of Mary Anning’s scientific successes, and setbacks.

Rather, it’s a brilliant study of a working-class woman who lives with her consumptive mother above the shop they run, where they sell Mary’s discoveries and various other novelties.

Winslet’s mesmerising portrait is that of a woman without vanity — but also without any outlet for her feelings. Her mother has never stopped grieving for the eight children she lost (she keeps porcelain figurines that represent her ‘babies’). And, as a result, Anning doesn’t know how to love, ‘or be loved’.

That changes when Roderick Murchison, a boorish, wealthy amateur fossil collector, arrives on the doorstep one day with Charlotte, his wife (Ronan, in matchless form), wanting to observe Mary at work.

When her husband goes abroad, Charlotte remains in Lyme Regis; moving in with the Annings after she falls ill. Mary cares for her and, slowly, her emotions, buried for so long, begin to emerge.

Lee wrote an extremely detailed love scene for the pair. ‘Saoirse and I would talk about it beforehand, and go: ‘How the hell are we going to film that?!’ ‘ Winslet told me.

In the end, they told Lee they would choreograph it themselves. ‘We discussed the beats of the scene with Francis, but Saoirse and I decided everything else,’ 45-year-old Reading-born Winslet told me. 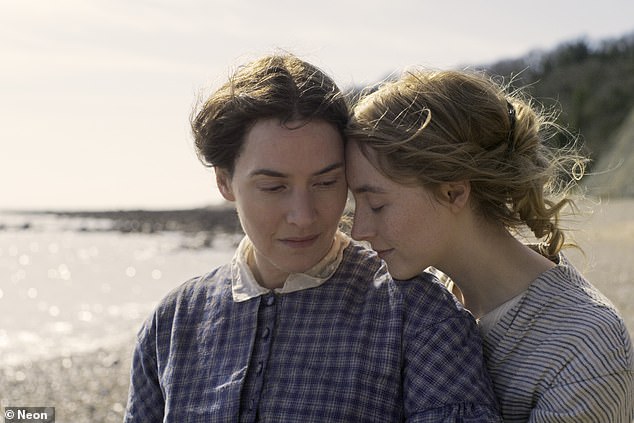 She said some people assume historic same-sex affairs were ‘fairly timid’, but her voluminous research for the film showed otherwise. She read many letters between women who’d developed relationships.

‘It was very clear to me that they were quite capable of passionate moments — and Saoirse and I both wanted to embody that. And for me, at the age I am now, that felt quite good, actually! I remember saying: ‘Here I am, doing nudity at 43 (the age I was then). How is this possible?!’ I swear, I thought I was going to hang up my hat when it came to nudity on screen. ‘But I was surprised at how I felt. I felt quite good about it, really. I’ve got all my marks, and scars, and I’m older. It’s a different body than the one I had 20 years ago,’ she said, noting the 19-year age gap between her and Ronan. ‘There was something wonderful about having that shared, equal language with another woman,’ she said, adding that in the end, what enabled her and Ronan to fine-tune the scene was ‘knowing what women want’.

She added that if the film had featured a male and a female engaging in a ‘tidal wave’ of sex, we would not be having a conversation about it.

Perhaps, but I’d still be full of praise for her performance — to my mind the best she’s given in years; and certainly one that deserves awards-season attention from voters on both sides of the Atlantic. Winslet has seen Ammonite just once (as opposed to three times for me — including once on the big screen, miraculously).

However, she has yet to see Shadows, which features the official acting debut of her daughter Mia, 20, from her first marriage to filmmaker Jim Threapleton.

MIA is quite nervous about her family seeing it, Winslet told me of the picture about two sisters and their mother surviving in the woods. Saskia Reeves and Lola Petticrew co-star. 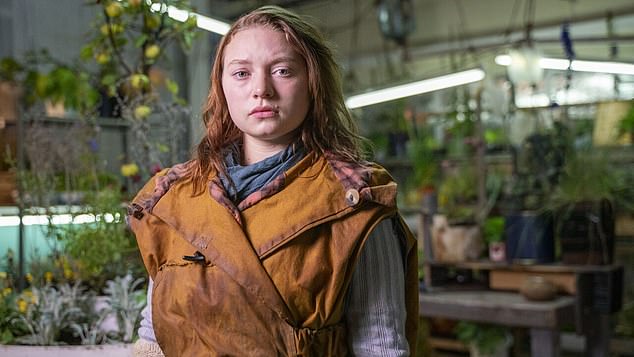 She said she had no objections to Mia following in her footsteps.

‘The greatest thing for Mia is that she has that different surname. So, believe you me, she slipped right under the radar. They had no idea who her mummy was.’

No idea, that is, until some documents needed signing. Because Mia was still a teenager at the time of filming Shadows, her mother was still her legal guardian. It’s been a busy couple of years for Winslet. First, there was a reunion with Titanic director James Cameron — on the set of Avatar 2, in which she plays Ronal, a goddess warrior and leader of a water tribe.

In an echo of the 1997 Academy Award-winning blockbuster that confirmed her stardom, she spent weeks filming in water tanks. But this time, she said, it was ‘an incredible experience’, and added that both she and Cameron had grown up since their first project together,

And last November she wrapped up work on HBO mini-series Mare Of Easttown. Winslet plays the title character: a police detective investigating a murder in a Philadelphia suburb.

It was a massive shoot that was interrupted by the pandemic, and had to resume filming in September.

‘I’ve been playing that character for over a year!’ she exclaimed. ‘I’m quite relieved to be done.’

n Mare Of Easttown will screen on TV later in the year. Ammonite will have a UK release on March 26.

WHAT BOOK would historical novelist Kate Mosse take to a desert island?