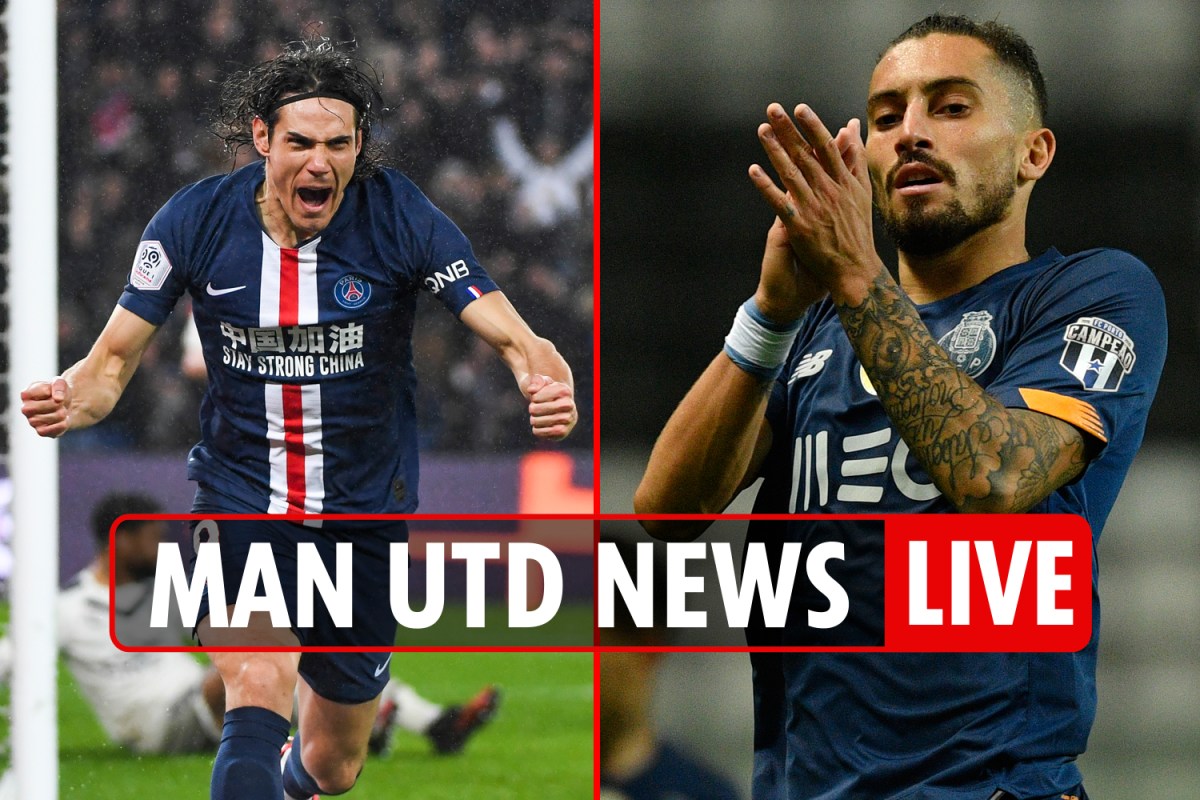 EDINSON CAVANI and Alex Telles are set to be Manchester United players with medicals scheduled for tonight.

And as a result of Telles’ imminent arrival, Diogo Dalot has been loaned to AC Milan.

7.15am Transfer news LIVE: Man Utd miss out on Douglas Costa, Arsenal LATEST on Aouar and Partey on Deadline Day 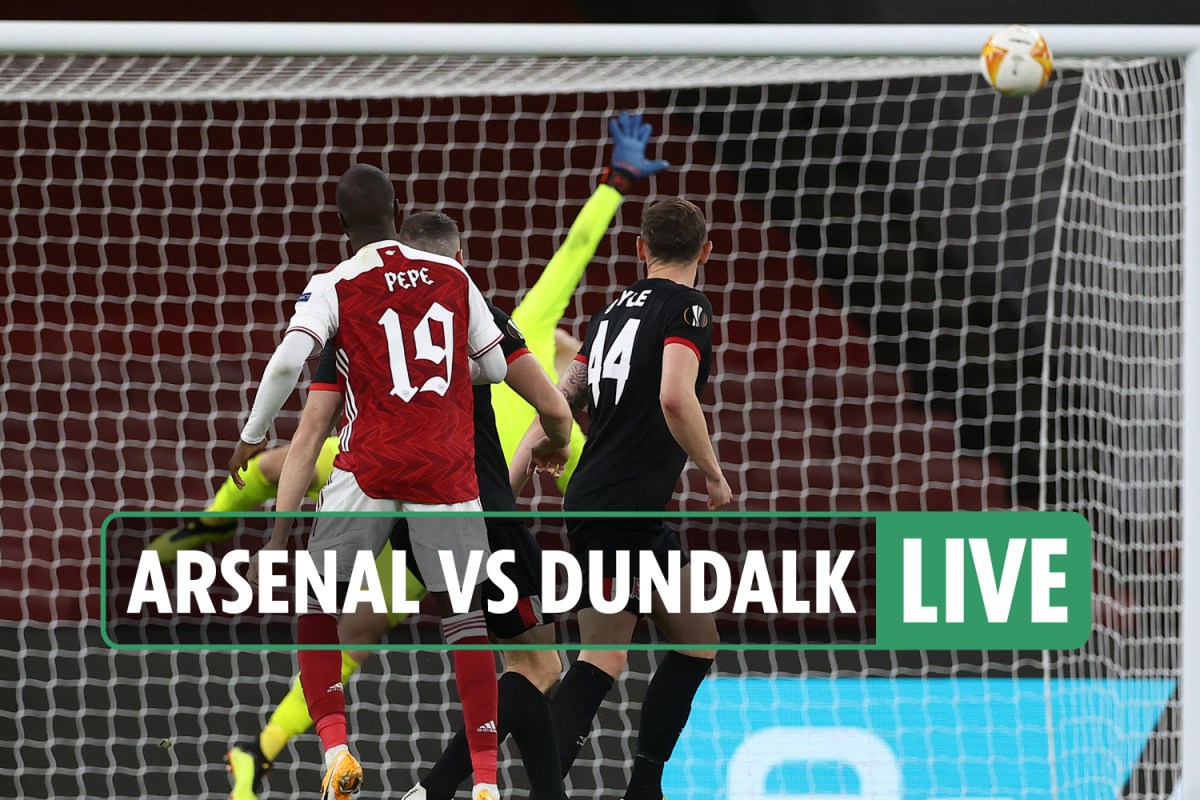 ARSENAL have broken Dundalk’s stubborn resistance with a goal from Eddie Nketiah.

The striker took advantage of an error from 39-year-old goalkeeper Gary Rogers to bundle the ball home from a corner.

And a minute later Joe Willock added the second as he fired into the roof of the net.

Nicolas Pepe then scored a third just after the break.

Tottenham legend Glenn Hoddle says it is getting difficult for Dele Alli after he was hauled off at half-time of Tottenham’s defeat at Antwerp.

Dele Alli was among those handed a start in Belgium, but a poor first-half display saw them trail to Lior Refaelov’s 29th-minute strike.

Mourinho did not like what he saw and Alli was one of four men hauled off at the break, the second time in three starts this season he has not made it out for the second half. 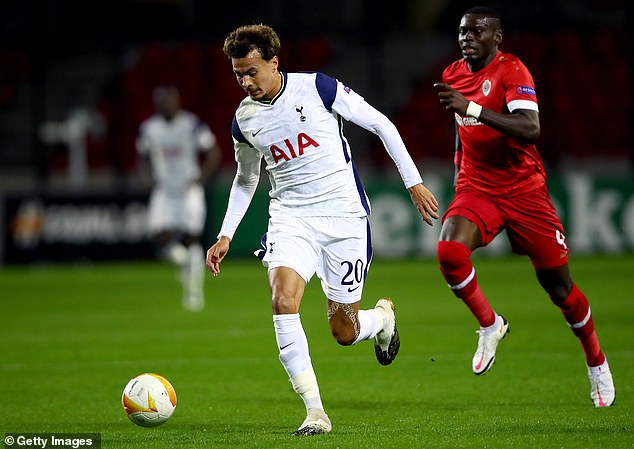 Hoddle told BT Sport: ‘I think it is (getting difficult for Alli). This was his opportunity and Jose put him and and said ‘put it (a good performance) between my eyes. But it just didn’t happen for him.

‘In his overall game, he’s giving the ball away too much at times. His options are there and he’s trying his best but it’s not happening for him. Sloppy play is not going to get him back in the team.’

Owen Hargreaves added: ‘He (Alli)’s lacking in confidence and he’s making mistakes. He knows he’s being watched like a hawk by Mourinho, but when your confidence is low you play safe. 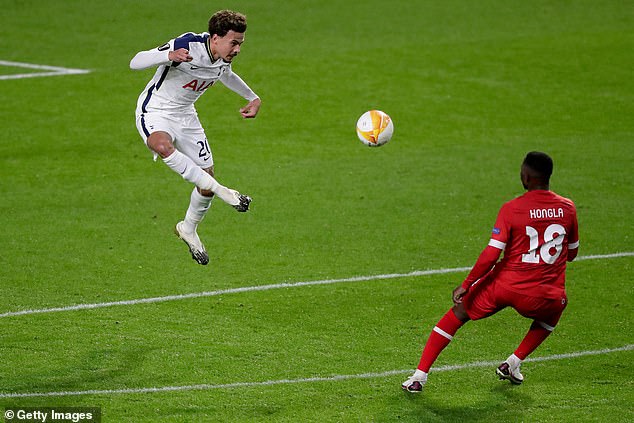 ‘He was just stopping the ball deal instead of keeping it moving. He’s not trying to make mistakes. He needs to get that freedom (which we saw) when he was outrageous a few years ago.’

Jose Mourinho resorted to bringing Harry Kane on, with in-form Son Heung-min one of those already having been sent into action.

Even that duo, who have been in deadly form so far this season, could not spare Tottenham’s blushes as they were beaten for the first time in 10 games.

Antwerp, leaders of the Belgian Pro League, were well worthy of their win, which could have been more handsome, and they remain unbeaten at home in 14 months, taking an early lead in Group J, 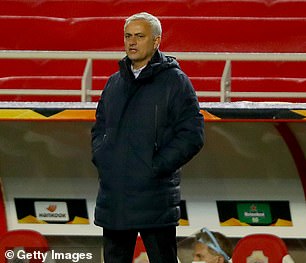 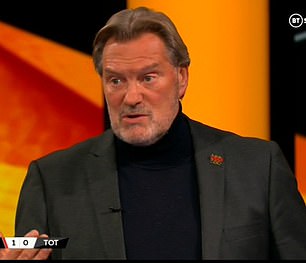 MAURICIO POCHETTINO is ‘looking’ at a Premier League job, with Manchester United firmly in the frame, according to his former Spurs defender Jan Vertonghen.

Belgian ace Vertonghen, 33, reckons his ex-manager is ‘impatient’ after sitting on the sidelines for 12 months since getting the boot from Daniel Levy at Tottenham.

Poch, 48 has long been linked with the Old Trafford hot seat and the Argentine coach’s name was bandied around again in the aftermath of United’s 6-1 demolition by Spurs with Ole Gunnar Solskjaer feeling the heat.

Although Benfica centre-back Vertonghen did not mention the Red Devils by name – out of respect for current bosses – his criteria for a ‘big team’ matches up perfectly with United.

“I think the English league suits him very well as he’s a manager that prioritises fitness levels and the physicality of the game.

“I think managing in the Premier League is probably the best thing he can do.

“He will always want to coach a big team I guess, so you have to look at the biggest teams in the league and there are only two or three you can really look at I think at this point.

“I won’t name them out of respect for the other managers, but I think that’s what he’s looking at as well and he wants that big team to confirm him what he’s been doing with Tottenham and what he did very well.

“If I was him I would be impatient because he really loved his job and you want to continue that.”

Vertonghen left Spurs at the end of last season when his contract expired and signed for Portuguese side Benfica on a three-year deal.

Pochettino remains the bookies’ favourite to be the next permanent boss at Old Trafford.

He was recently linked with a move to take over at Russian side Zenit St Petersburg but his former charge Vertonghen believes he would prefer a move back to England.