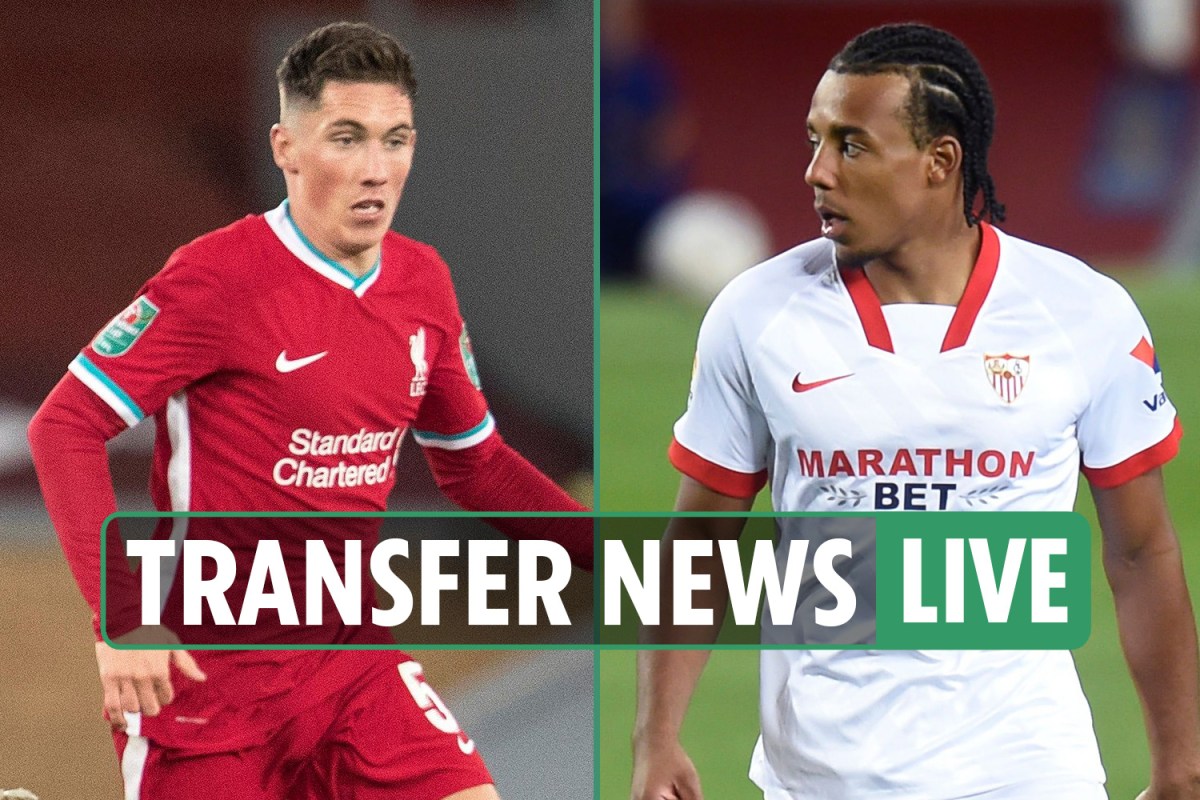 THE transfer window has CLOSED for Premier League clubs after a frantic final day.

But there are still deals to be done for free agents and domestic loans from EFL clubs while players can still leave for Portugal and the MLS.

The EFL transfer window closes at 11pm on Friday, October 16.

DEONTAY WILDER is in ‘superhuman’ shape and still training for a December rematch with Tyson Fury.

The Bronze Bomber was completely outclassed in February as the Gypsy King dethroned him to become WBC heavyweight king following their dramatic draw in the pair’s first fight.

Wilder was contracted to an immediate rematch but the coronavirus pandemic has so far prevented live crowds from purchasing tickets and as a result delayed the trilogy.

Fury is now fed up of waiting and has called to fight in December in the UK to prepare for an undisputed title decider against Anthony Joshua next year.

It leaves 34-year-old Wilder, who is still training to win back the WBC belt, out in the cold, but his manager Shelly Finkel insists they still wish to face Fury.

Wilder’s manager, Shelly Finkel, responded to Arum by saying: “He’s entitled to his opinion, he can think anything he wants.

“Deontay and I would like to have the next fight, as planned, against Fury.  We’ll fight him any date, any place.”

Now unbeaten heavyweight prospect Raphael Akpejiori, who shares a strength and conditioning coach with Wilder in Miami,has revealed he has been working and speaking with Wilder regularly.

And the Nigerian insists Wilder still has his eyes firmly fixed on regaining his belt before the end of the year.

Akpejiori said: “I’m just saying from Deontay’s perspective he is ready to go for December.

“I’m not involved in the politics or anything but one thing I know from Deontay is he is ready to go in December.

“He is expecting Wilder-Fury in December, that’s what he’s been told and that is what he is training for and he’s ready to go.”

“He has a contract for a rematch I believe, so he has to show up to the arena on that day.

“Deontay will show up to the arena on that day, that’s what I can tell you.

“I have conversations with him once a week. To the best of my knowledge he will be in that arena, wherever that fight takes place.”

When quizzed on what shape Wilder is in, the rising star insisted Wilder was in perfect condition.

Akpejiori said: “He’s in shape, we haven’t sparred just yet, we just workout together.

“We do a lot of strength and conditioning work together because we share the same trainer obviously.

“He’s an athlete, he’s a superhuman athlete in his unique type of body and the way he’s carrying himself.”

And Akpejiori, 30, also admitted how Wilder has been helping him outside of the ring as well as in it.

Mertesacker confirms Ozil omission is NOT because of training performances

He added: “We talk about a whole lot of stuff; we talk about boxing but also life and the political side of boxing sometimes.

“He’s been very helpful in that regard. He critiqued my last fight and told me what I did wrong.

“Being around a guy like that has been very beneficial to me.”

Tyson Fury is 2/7 with bookmaker Unikrn to win any next fight with Deontay Wilder, who is 11/4 – see more odds HERE, 18+ gamble responsibly.

Football free bets: Bet £10 and get a free £5 on ALL eight Champions League games on Wednesday

PUNTERS can get a £5 free bet on all EIGHT of Wednesday’s Champions League games.

All fans have to do is place a £10 on Tuesday’s action and once that bet is settled you will get £40 worth of free bets.

All you have to do is create an 888Sport account and deposit £10 with the promo code CL40.

And then once that bet is settled you will be rewarded with eight free £5 bets.

give him a koul

Punter wins over £500,000 from one dollar after sensational 20-leg golf bet

Norwich and Brentford locked in battle to sign Danny Rose, according to bookies

*T&Cs: Qualifying bet must be placed at the normal odds • max bet £5 • Extra winnings paid in FREE BETS and added within 72 hrs of qualifying bet settlement • Free bet stakes not included in bet returns • Free bets expire 7 days after credit • This offer may not be combined with any other offer • Full T&C’s apply

BRUNO FERNANDES has been hailed as ‘captain material’ after footage emerged of him shouting at Alex Telles for not passing quickly enough.

The playmaker, 26, transformed United’s midfield after signing from Sporting Lisbon last January and is set to skipper Ole Gunnar Solskjaer’s side for the first time against Paris Saint-Germain this week.

And fans reckon he is the perfect man for the job after a clip showed Fernandes criticising new left-back Telles, 27, in training.

It came after Telles – who arrived from Porto this summer – was intercepted in a passing drill, which Fernandes took exception to.

The pair were former league rivals in Portugal.

But United fans were full of praise for Fernandes as he took leadership on the training ground.

One said: “Bruno Fernandes is 100% captain material. Losing his cool with Alex Telles for not moving the ball on quickly enough.

“These are the levels we need!”

Another said: “Doesn’t matter if he gets the armband. Guys influence is visible.

“He has a winner mentality and anyone that fails to get on the level will just be dropped.”

Tbh, you actually need players like this in the team. Especially if the players are good enough to hold others to higher standards. https://t.co/ic5buMVUJs

He was a brilliant captain for Sporting..

He is a winner and on a different level to anybody at the club and is apart from Cavani, enjoy him while we can can’t see him being at club long far too good for us.

Doesnt matter if he gets the armband. Guys influence is visible. He has a winner mentality and anyone that fails to get on the level will just be dropped. Love ir

The team-mates were training ahead of United’s opening Champions League group stage qualifier.

But they will face French champions PSG without new striker Cavani and regular captain Harry Maguire.

Cavani has only just become available to play following his two-week self-isolation period after travelling to England and has been left behind to work on his fitness.

Solskjaer started Maguire for the game at Newcastle – with the England defender even getting on the scoresheet.

But with the ex-Leicester ace clearly desperate for a breather, he has been left at home for the PSG game.

Football free bets: Bet £10 and get a free £5 on ALL eight Champions League games on Wednesday