The former Light Blues midfielder, who also played for Hearts and Falkirk, was diagnosed with the incurable illness in 2018.

And he has finally succumbed to the terrible disease, leaving behind his family.

Rangers confirmed the tragic news in a statement on their website this evening.

It read: “Rangers Football Club is saddened by the news of the death of former player, David Hagen.

“We send our heartfelt condolences to the wider family circle at such a difficult time.

“Words cannot express, nor provide comfort, for a family during these circumstances.

“David will be remembered for his part in the famous Nine in a Row side and featured in the amazing 1992-93 season when Rangers won the treble and came within one game of the Champions League final.”

Hagen was hospitalised in October last year after his condition worsened, leaving him unable to speak.

A fundraiser was set up at the time to raise £5,000 to help support the former Ibrox ace and his family.

While Rangers’ development squad took on a Falkirk and Hearts XI in a benefit match for Hagen.

Tributes have flooded in for the former Light Blues midfielder – who kicked off his career in 1992 and went on to play for Hearts and Falkirk.

Hibs ace Tam McManus wrote on Twitter: “Helped with a fundraiser for David & his family a wee while ago in Falkirk so knew he was struggling with MND.

“What a horrible illness. RIP David.”

And ex-Celtic ace Simon Donnelly wrote: “Horrific disease and sad news of a guy we grew up playing against.”

Rangers idol Fernando Ricksen – who passed away following a six-year battle with the illness last September – sent wishes of support to Hagen after he revealed he was fighting MND.

We are devastated to learn of the passing of David Hagen.

David fought a courageous fight against MND and will forever be remembered by everyone associated with the club.

The thoughts of all at Falkirk FC are with David’s family at this time. pic.twitter.com/WqXSsI66nY

Hagen came through the youth ranks at Ibrox and scored three goals in 16 league appearances for the club before leaving in 1994.

He then spent a year at Hearts before moving on to Falkirk, where he played in 139 league games over the course of five years.

The midfielder later played for Livingston, Clyde and Peterhead before eventually retiring in 2007.

DILLON DANIS is “100 per cent” confident he will fight either Jake or Logan Paul.

Danis, a 2-0 Bellator welterweight and also Conor McGregor’s training partner, has shared an online feud with the YouTube brothers.

In particular he has rivalled 23-year-old Jake, who won his pro boxing debut in February and faces former NBA star Nate Robinson next month

But promoter Eddie Hearn has also been in talks with Danis to fight Logan – who lost to YouTube rival KSI last year – but in a cage.

Whatever brother he faces, Danis is adamant he will fight one, either in the boxing ring or cage.

“They both know I’m the only one that makes sense in MMA, there’s no one that has a name like me.

“Eddie Hearn has talked to me before, about Logan Paul. They have reached out, so like it will happen, 100 per cent.

“One of them will happen.”

NIC HIM FOR CHEAP

After Logan lost his boxing debut to KSI by split-decision, he revealed plans to make a switch to MMA, having wrestled at school.

But Jake appears set on sticking with boxing, despite also wrestling and wanted to avenge his brother’s defeat to KSI.

Danis called to face the winner between Jake and Robinson, who box on the undercard of Mike Tyson’s exhibition against Roy Jones Jr.

Jake Paul rushed to hospital after Ryan Garcia decks YouTuber in ‘Body Shot Challenge’… but was it all fake? 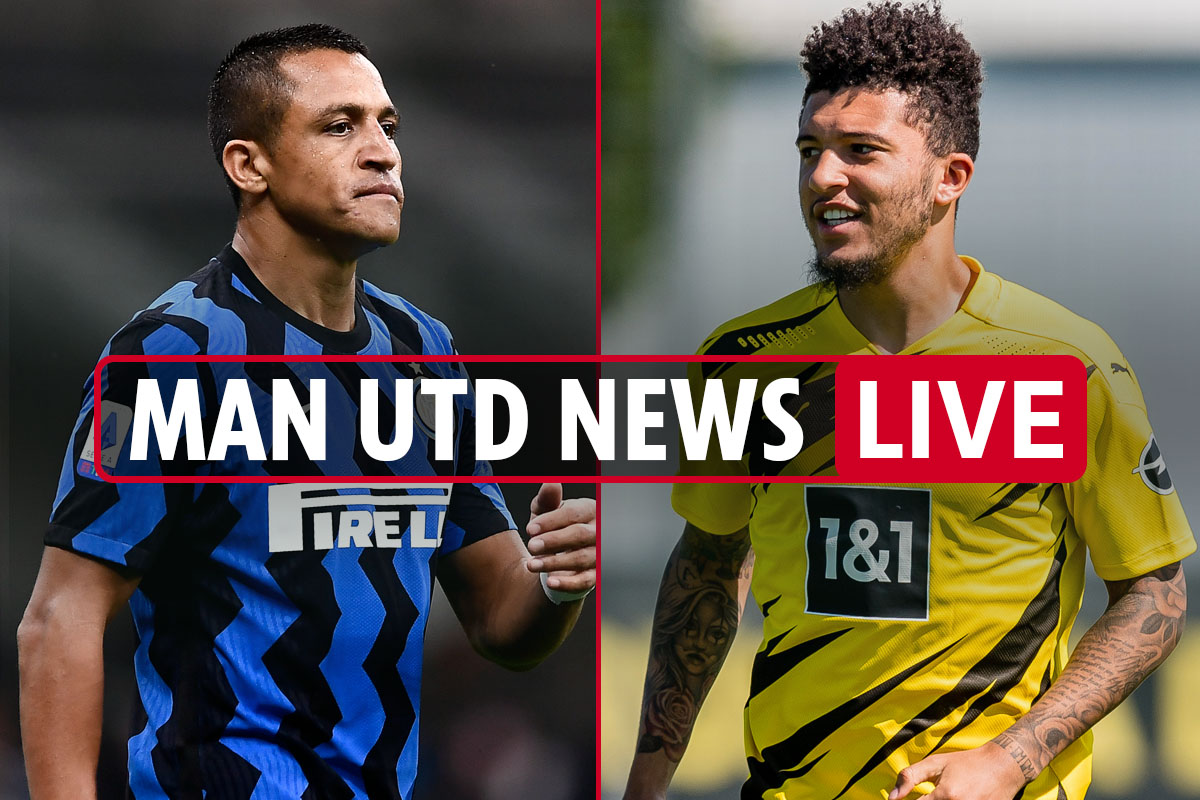 MANCHESTER UNITED remain in hot pursuit of Jadon Sancho, who is now back in the UK as he closes in on the big move.

And the club have offered Dean Henderson £60,000 a week to fend off transfer interest from Chelsea, according to reports. That would see the goalkeeper increase his current wages by FIVE times at Old Trafford.

LIVERPOOL are closing in on the signing of Olympiakos left-back Kostas Tsimikas, according to reports.

Leicester were linked to Tsimikas earlier this week as they search for a replacement for Chelsea target Ben Chilwell.

However, it is believed Liverpool have won the race for the Greek defender and will make him their first signing of the summer in a £11.75million deal.

The Reds have been seeking cover at left-back for first-choice Andy Robertson with midfielder James Milner often required to fill in for the Scotland captain.

The relegated Canaries want closer to £20million for the Northern Ireland international and Liverpool are thought to have turned their attention elsewhere as a result.

Real Madrid’s Sergio Reguilon, who has spent this season on loan at Sevilla, was also thought to have been considered before the Reds seemingly agreed a deal for Tsimikas.

The Greece international impressed against Wolves in the Europa League last-16 on Thursday and has seven assists in 46 appearances in all competitions this season.

Goal reports the 24-year-old is expected to complete his Anfield medical early next week with an official announcement to be made soon after.

The arrival of Tsimikas could signal the departure of 19-year-old left-back Yasser Larouci, who was linked with newly-promoted Leeds and Championship side Brentford last month.