Fabio Capello has taken aim at Antonio Conte after the collapse of Inter Milan’s title tilt despite spending £150million on players.

The ex-England manager is still a hugely respected figure in Italy and an ever-present pundit in his homeland.

‘If Antonio Conte’s future hangs in the balance, it is a question to ask Inter,’ he said on Radio Rai. 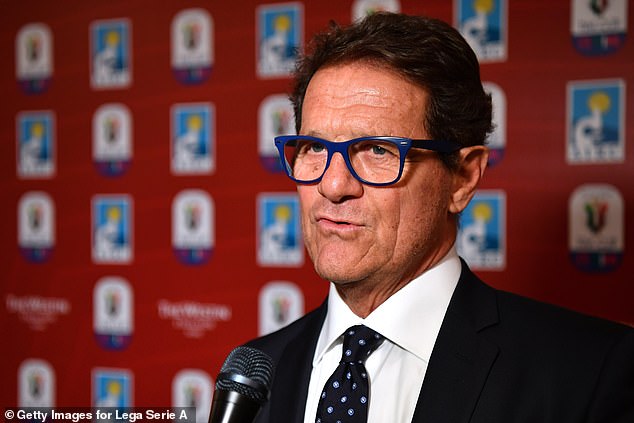 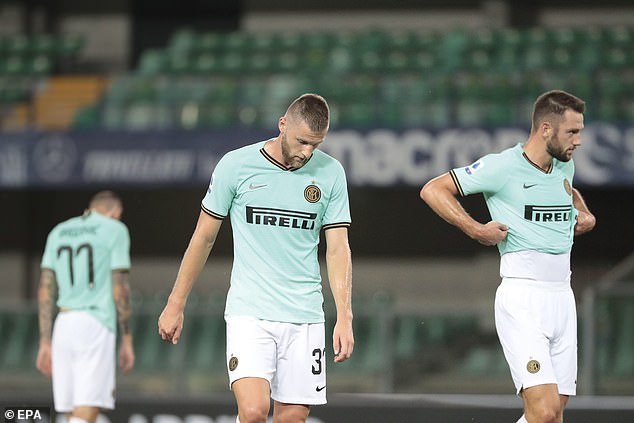 ‘Certainly now there is the Europa League that can save the season if it wins the international trophy.

‘After £150million spent on purchases, more was expected of him and Inter.’

Inter slipped to another disappointing result at the weekend, drawing 2-2 with Hellas Verona, leaving them 11 points behind Juventus having played a game less.

Despite the great expenses undertaken, Inter’s results are the same as those under former boss Luciano Spalletti, with the difference of double the spend by club president Zhang Kangyang. 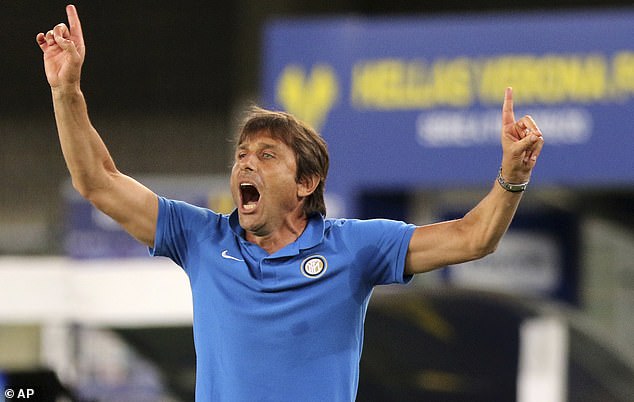 The Italian champions Juventus have also been unconvincing since football restarted but their lack of challengers has led to what seems like a now inevitable title defence.

Capello went on: ‘Juventus has been lucky so far because if the pursuers like Lazio and Inter have gone very well, they would have been in difficulty.

‘The only one to go well is Atalanta. After the blockade, Juventus played enough to save, waiting for the players to play.’ 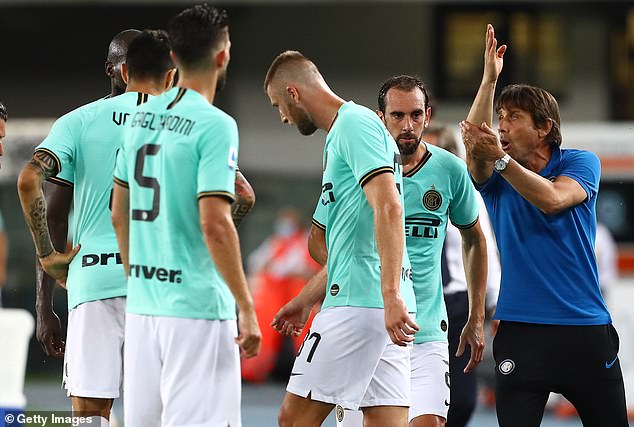 Juventus lead Lazio by eight points with six matches remaining and Maurizio Sarri’s side are heavy favourites to retain their crown.

Inter have been the significant disappointment given their recent dip.

But the fresh faces, which included Christian Eriksen in January, have not backed up the hype or justified the financial outlay.

What the CAS decision means for Manchester City, Pep Guardiola and their rivals