ARSENAL take on Chelsea in a huge FA Cup final at Wembley as the London rivals go head-to-head.

There is so much at stake for the Gunners, who as well as going for the world’s oldest trophy are facing the prospect of no European football next season if they lose.

Chelsea will be looking to seal their ninth FA Cup if they’re able to beat the Gooners during the final, which will be held behind closed doors for the first time in history.

The sides faced each other in the 2016/17 final, where Aaron Ramsey inspired Arsenal to a 2-1 victory.

What time is Arsenal vs Chelsea?

What TV channel is Arsenal vs Chelsea on and can I live stream it?

How can I watch the FA Cup final for free?

Emi Martinez is due to remain in goal for Arsenal as Bernd Leno is aiming to return to training soon but not soon enough for the final.

Mesut Ozil will play NO part. The midfielder has spent the last few days in Turkey and is out of contention.

It still remains seen whether Matteo Guendouzi will play; the Frenchman is available but it’s still to be seen as to whether Arteta will put him in the squad.

N’Golo Kante is racing to return after a thigh injury, so he may come on as a sub.

Billy Gilmour remains unavailable through injury for the Blues and Willian missed Chelsea’s final league game so he may not feature either.

This year the FA Cup will be known as the Heads Up FA Cup Final, with sponsor Emirates donating their title.

FA president Prince William said of the naming: “We’re going to really use the Final as a moment to promote good, positive mental health for everyone.

“It’s quite timely bearing in mind what we’ve all been through with this pandemic. I think there’s going to be, sadly, a lot of repercussions from this in society, not just in football, in terms of people’s mental health. Hopefully the FA Cup can be a bit of a pivot that people can rally around.”

*All odds correct at time of publication via Ladbrokes

Manchester United manager Ole Gunnar Solskjaer looks to have gained an unlikely fan after guiding the club to the Europa League semi-finals.

The Red Devils sneaked a 1-0 win over Copenhagen and after the full-time whistle in Cologne, Solskjaer was greeted by the Danish side’s skipper Zeca – who was keen to thank him for the work he had done at Old Trafford.

United clinched the quarter-final victory in extra time thanks to Bruno Fernandes‘ penalty, and despite Copenhagen being dumped out of the competition after a plucky display, their captain was quick to hold a bizarre conversation with the Norwegian. 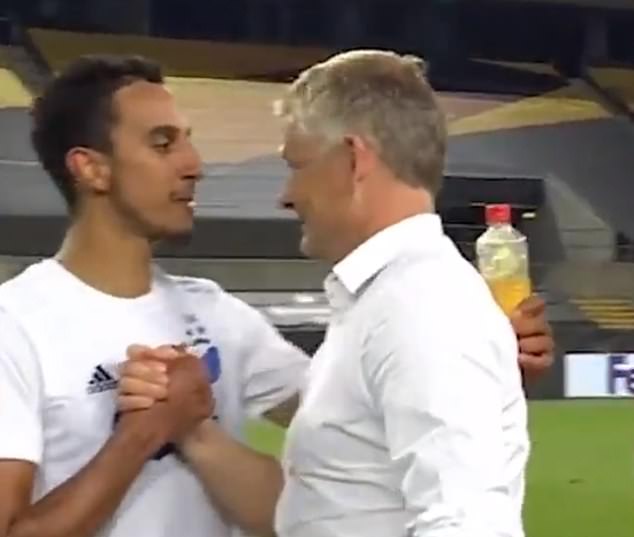 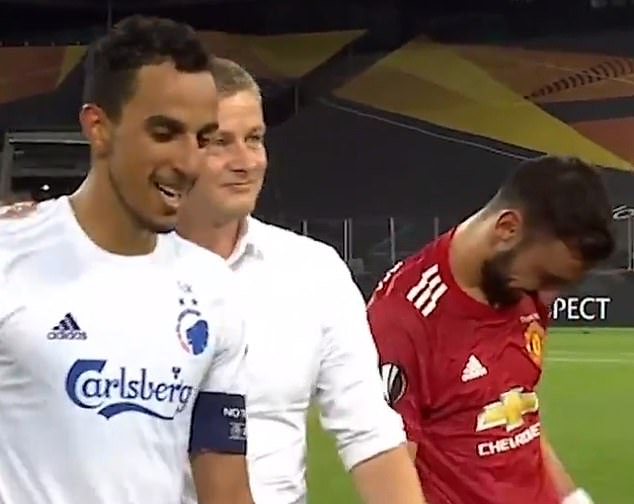 Copenhagen’s Zeca to Solskjaer: “Thank you very much for everything you’re doing with Manchester United.”

Zeca shakes hands with Solskjaer and pats him on the back while saying: ‘Thank you very much for everything you have done in Manchester.’

Solskjaer walks with the 31-year-old towards the touchline and replies: ‘We’re trying to get it back.’ He then points to match-winner Fernandes alongside him and says: ‘He is [Fernandes] helping, this boy is helping.’ 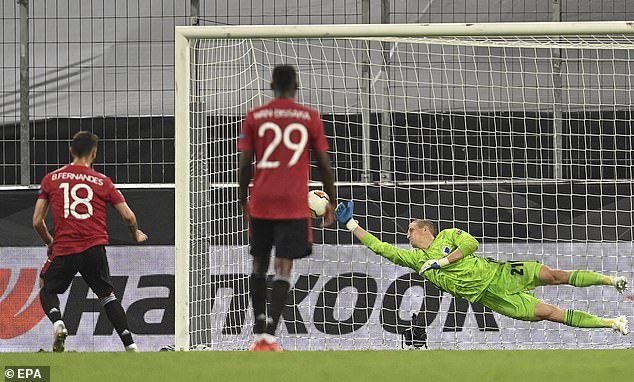 Greek international Zeca, clearly a United enthusiast, has been with Copenhagen since 2017 and previously made 249 appearances for Panathinaikos in a six-year spell.

United fans will certainly be pleased with the job Solskjaer has done, with the team finishing third in the Premier League to secure Champions League football next season despite making their worst start to a season in 30 years.

The former Cardiff boss found himself under severe pressure after a string of poor results early on in the 19-20 campaign but inspired his players to a remarkable comeback. 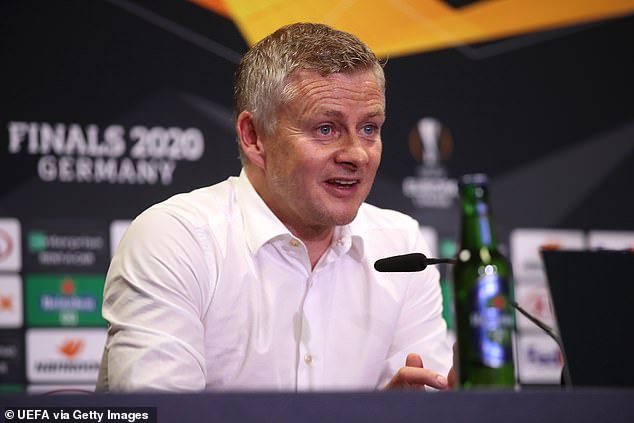 He was able to get big performances out of Marcus Rashford, Anthony Martial and Mason Greenwood and also guided his side to the semi-finals of the FA Cup.

And after seeing off Copenhagen at the World-Cup style Europa League finals in Germany, United now face a semi-final against either Sevilla or fellow Premier League outfit Wolves.

Should they make their way past the winner of that tie, Solskjaer will have a chance to lift his first trophy with the club at the grand final on August 21.

Arsenal are lining up a move for Porto midfielder Danilo Pereira as Mikel Arteta looks to strengthen the Gunners’ midfield options.

The 28-year-old has been an integral part of a title-winning Porto team this season and has made 40 appearances across all competitions for the club.

And Portuguese news outlet O Jogo have reported that the 28-year-old will be available this summer and have set an asking price of close to £27m. 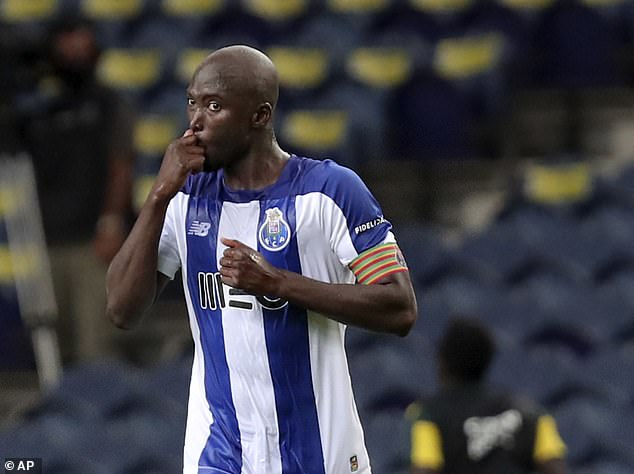 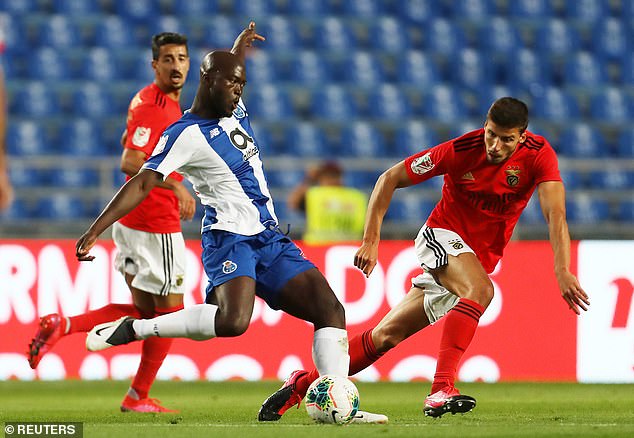 The club rejected a bid of £27m for the player last summer but now feel that figure is a fair price.

However it is believed Arsenal are not willing to pay as much for the player as the Portuguese champions would like.

Mikel Arteta’s side is only willing to spend £18m on the player, and it is said a bid of this price would be instantly rejected by Porto.

This could mean Arsenal will need to increase their offer for Pereira who could add some steel to the Gunners’ midfield.

The Gunners have a restricted transfer budget this summer on the back of the covid-19 pandemic.

Arsenal are hoping to clear funds by offloading Matteo Guendouzi and Mesut Ozil this summer which could prove to be a tough ask in terms of the latter. 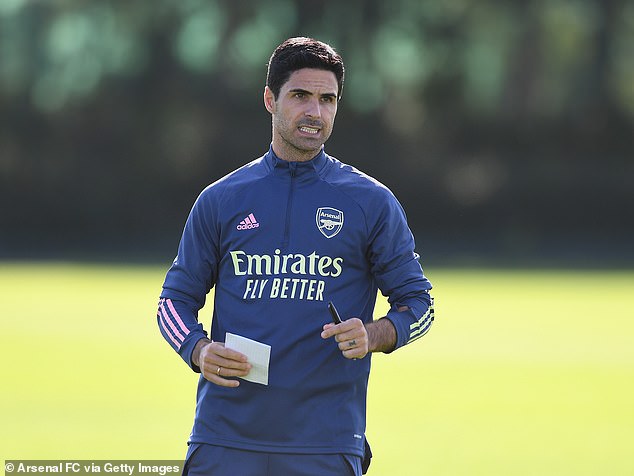 Pereira though is a no-nonsense type midfielder who could be seen as a cheaper alternative to Atletico Madrid’s Thomas Partey who the Gunners have also been linked with in recent months.

The midfielder has spoken out in the past about a potential move to the North London Club.

He told Stats Perform News as per The Sun: ‘I think he (Arteta) is doing a really, really, good job there. He is a really good coach who started as the second coach at [Manchester] City, so he has a little experience and Arsenal play very good football and I think he is doing very well there. 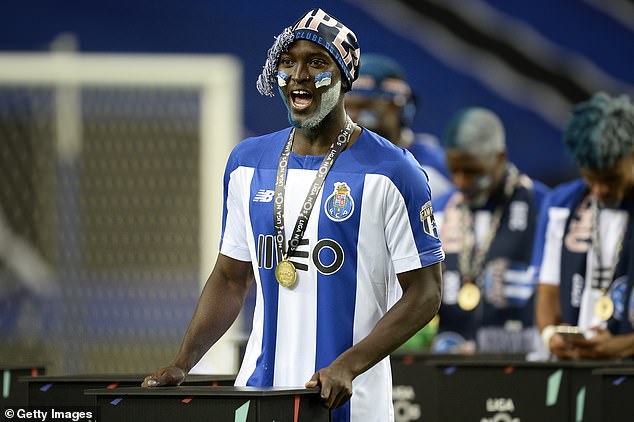 ‘He is a Spanish coach, he is a bit similar to Portuguese coaches, they also want to play with the ball and improve with the ball, so I think he is a good coach.

‘The style I think I can fit there, the way he plays also thinking on the ball, the team always has to be together – I think it is a good way to play.’

AC MILAN are set to hand Zlatan Ibrahimovic a new one-year deal with the club delighted by his performances following his arrival in the winter transfer window.

The 38-year-old chipped in with 11 goals and five assists in 20 games in all competitions as he helped the Rossoneri secure a Europa League spot.

SunSport reported last month how the Serie A side were ready to hand the Swedish striker a £104,000-a-week contract at the San Siro.

And now it has been claimed that he will put pen to paper on a new deal this week once he returns from his break in Saint-Tropez.

According to La Gazzetta dello Sport, Ibrahimovic will sign a contract at the club that will last until the end of the 2020/21 campaign.

It has been claimed that Ibrahimovic’s signature is all that is needed for the announcement to become official.

After weeks of negotiations, it is believed that news of his stay will be confirmed later this week.

Gazzetta dello Sport reported in July that Ibrahimovic could sign a one-year deal, with the option of a further 12 months.

This would mean that the ex-Manchester United star would be 40 by the time his second spell ends in Milan.

There were rumours that Leeds were eyeing up a move for the maverick forward after the former Barcelona man stated he is unsure whether he will remain in Italy.

But Ibrahimovic put an end to speculation regarding his future after he appeared in Milan’s kit launch for next term.