Trent Alexander-Arnold has made the role of right-back ‘sexy’, according to former Liverpool defender Jamie Carragher, who couldn’t resist a sly dig at his Sky Sports colleague Gary Neville.

Carragher believes that Alexander-Arnold’s performance at right-back has revived the position’s appeal after former Manchester United star Neville made it ‘very unsexy’.

Alexander-Arnold is one of the most significant breakthrough Premier League talents of the last few years, and he has become a mainstay for both Liverpool and England. 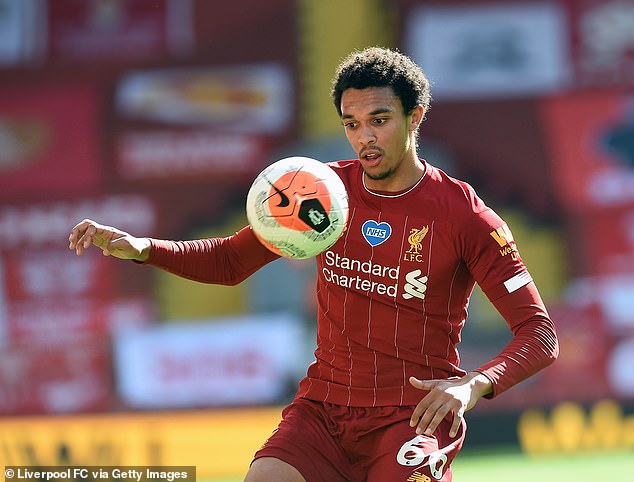 Carragher hailed the 21-year-old for adding a sense of style to an inherently dull position.

‘He is the most creative player in the best team in Europe, and he is a 21-year-old lad from Liverpool playing at right-back,’ Carragher told The Liverpool Echo.

‘It just shows you what he has actually done to the position. He has made the position sexy again shall we say after Gary Neville made it very unsexy!’ 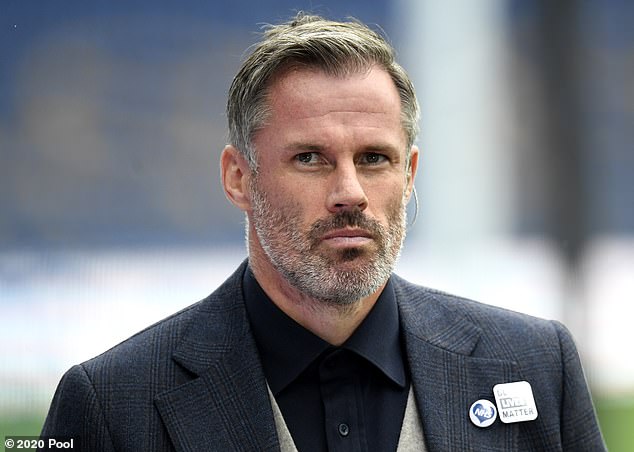 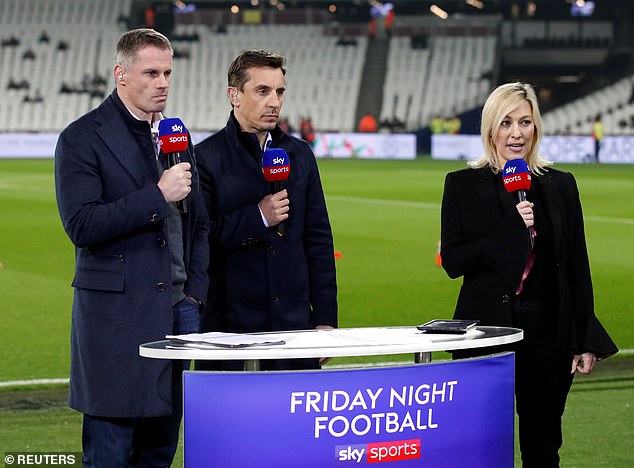 He also compared Alexander-Arnold to another Liverpool legend – Steven Gerrard.

‘To be honest, he reminds me of Stevie Gerrard in some ways. Yes, they are good players at the academy, but no-one could ever know for certain what could happen in the first team.

‘They would have known they had a special player, but sometimes when you go into the first team, people just completely take-off and before you know they are one of the top players in the world. And that is what has happened to Trent.

‘I think he tells a story when he played against a winger against Manchester United when he was 15 or 16, and he was given a really tough time in a youth game, and he’d never played there before, and it was a position he was getting used to.

‘That shows you the development and improvement in him. And he has just completely taken off now where he is the most creative player.’ 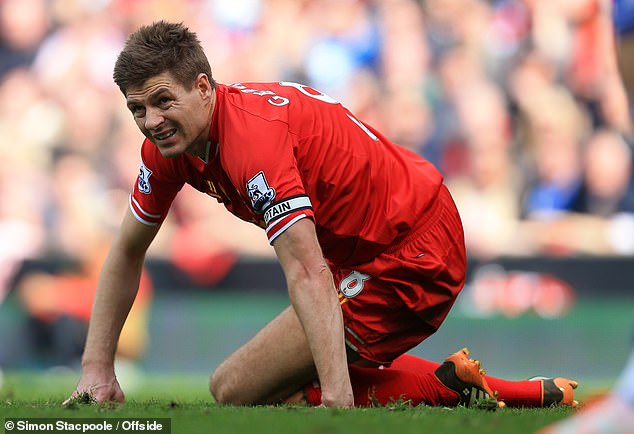 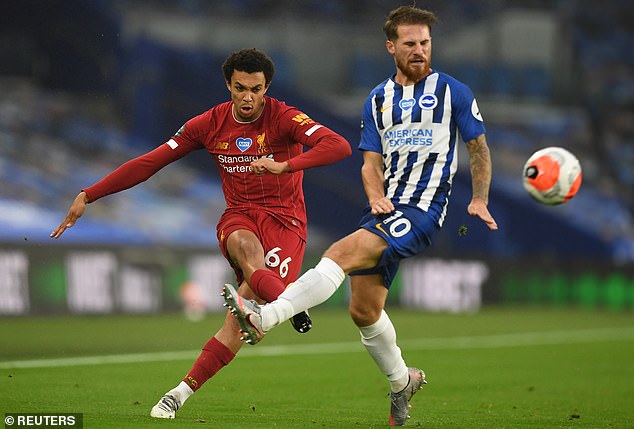 Alexander-Arnold made his debut for Liverpool in October 2016 in a League Cup game against Tottenham, and developed into the first-choice right-back during Liverpool’s run to the 2018 Champions League final.

He went on to win his first trophy at the club with the Champions League, and he has since added to his haul by winning the UEFA Super Cup and the FIFA Club World Cup and now the Premier League.

Alexander-Arnold has become an attacking threat with his ability to execute set-pieces and cross the ball into dangerous areas.

The youngster’s pace also makes him one of the biggest stars in football right now.

Jamie Carragher believes Manchester United‘s new-look midfield trio may struggle to stop counter-attacks at the beginning of this new season.

Ole Gunnar Solskjaer’s side were stunned on Saturday night in their Premier League opener, slumping to a 3-1 defeat at home to Crystal Palace.

The midfield pairing of Paul Pogba and Bruno Fernandes flourished at the back-end of last season but with the arrival of Donny van de Beek for £40m this summer, former Liverpool centre back Carragher has his doubts about the defensive capabilities of that particular trio. 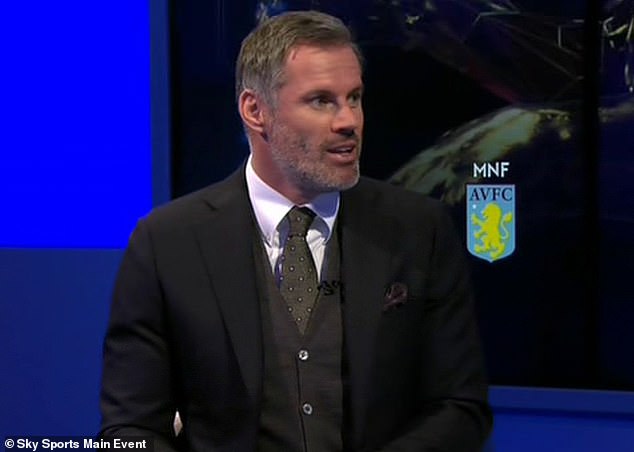 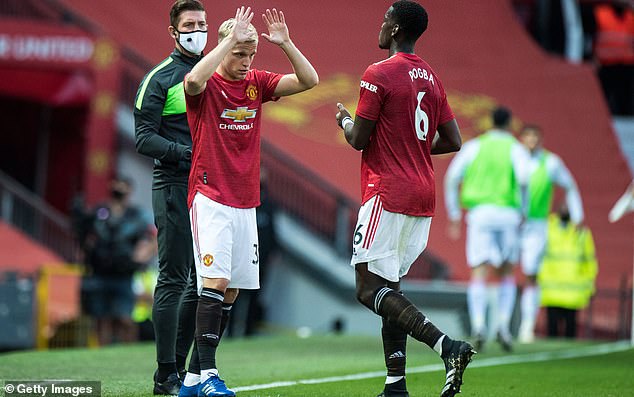 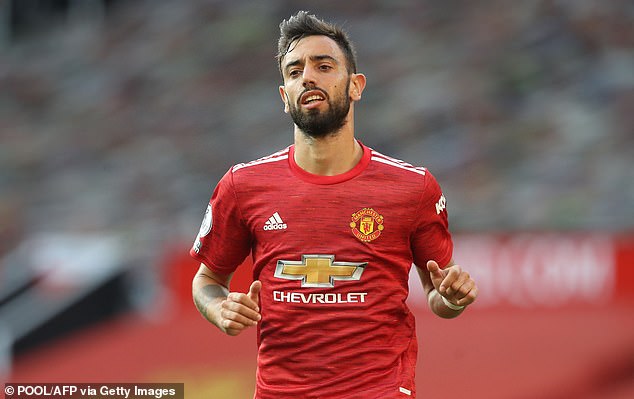 ‘Towards the end of last season United were playing really well and they’ll get back to that,’ Carragher told Sky Sports on Monday night.

‘I’m not convinced this team, who have now become a more possession-based team since Fernandes has come in, Pogba is in centre of midfield, the more possession you have the more chance you can get counter attacked, that midfield for me is not right.

‘You’ve got Van de Beek in the No 10 who came on, Fernandes went back. I think that team will be far too easy to counter attack against.’

Ex-Ajax midfielder Van de Beek was a second-half substitute at Old Trafford and scored on his debut to hand a lifeline to the hosts. 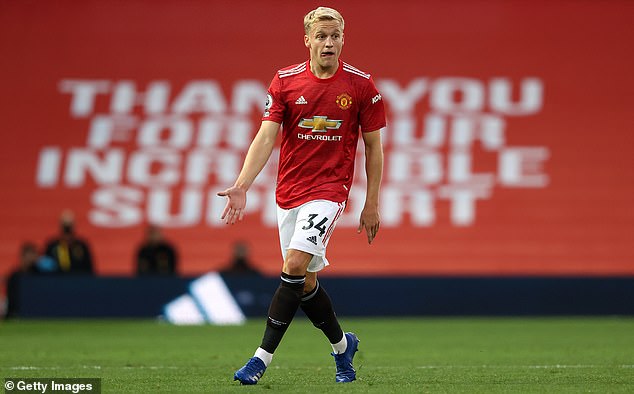 But Palace star Wilfried Zaha took advantage of space in front of the United back four to score his second of the game and put the match to bed.

‘This is Crystal Palace – good as a counter attacking team but don’t have some of the quality that some of the top teams have at the top end of the pitch,’ Carragher added.

‘And if I’m proven wrong I’ll come on this show and say so but for me, with the pace at centre back and how open they are in the centre of midfield – Manchester United are going to have a real problem stopping teams counter-attacking.’ 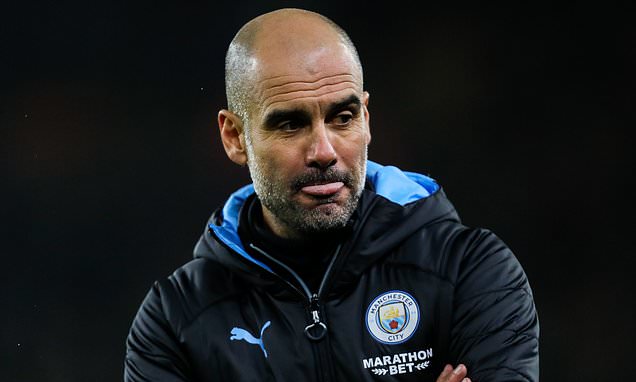 Manchester City face a tricky first match of the season away to Wolves in the Premier League on Monday night.

Pep Guardiola‘s side travel to Molineux after being granted a longer break following their exploits in the Champions League last season, which saw their campaign carry over into mid-August.

Yet Wolves, who not only beat Sheffield United in their first game of the season last week, also memorably did the double over City last season.

Sportsmail will provide all the team news, build-up and live commentary from Molineux, with kick-off at 8:15pm!

KAMEKO is to be sent into battle once more in Friday’s Group 2 Joel Stakes.

Andrew Balding’s Guineas winner will drop back to a mile at Newmarket after his Juddmonte International fourth at York.

And his trainer thinks it could bring out the best in him as he is set to clash with Saeed bin Suroor’s Benbatl.

Champion Jockey Oisin Murphy will have to hop off Benbatl to ride Qatar Racing’s Kameko and it means Frankie Dettori gets the call up on Suroor’s star.

Balding told Sun Racing: “The plan’s to go to Newmarket as we need to get a run in before Champions Day.

“He had a hard race at York, but he’s back to his best now at home.

“He’s back to a mile now and that’s a positive I think. His Guineas win was clearly his standout effort and his Sussex Stakes run was probably next best.

“We were running out of places to go but this race works well and while he has to carry a penalty against some smart horses, we’re hopeful.”

Balding added: “He got stuck in the ground a bit in France.

“His previous form has worked out well though and he should bounce back on a better surface.

“It’s another red-hot race but we’ve always liked this horse and he’s a Royal Ascot and a July Stakes winner.”