Kick It Out are braced for possible funding cuts next year despite a rise in reports of racist abuse during the Covid-19 pandemic.

Sportsmail has learned that the anti-discriminatory charity’s modest budget of £1million has not been guaranteed for the 2021-22 season, leading to fears it will suffer similar cuts to those experienced by other grassroots organisations during the financial crisis.

Kick It Out have been jointly funded by the Premier League, the FA and the PFA since 1997, with each contributing around £250,000, topped up by other grants in the current three-year agreement, but they are now operating in a more competitive environment. 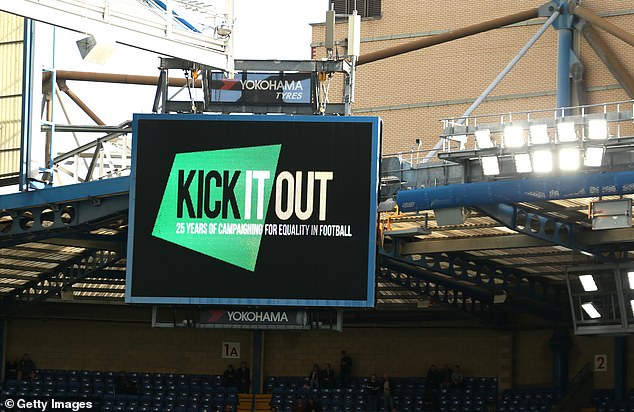 The Premier League launched their own anti-discrimination initiative last year — No Room for Racism — and the cost of the two-week campaign that concludes this weekend is understood to be similar to Kick It Out’s annual budget.

The FA have pledged to ring-fence their diversity and inclusion budget despite projected losses of £300m due to the pandemic, but Kick It Out have not received similar assurances from elsewhere.

Funding negotiations for the 2020-21 season are expected to take place early next year, when Kick It Out’s budget will be confirmed.

Kick It Out are confident of delivering the majority of their programmes as they have built up cash reserves under the leadership of chief executive Roisin Wood, who left the organisation after nine years last week.

New executive chairman Sanjay Bhandari is also comfortable operating on a rolling annual basis, on the grounds that Kick It Out’s funding should be more closely linked to the programmes they deliver. However, others at the organisation are more worried about the impact of cuts. 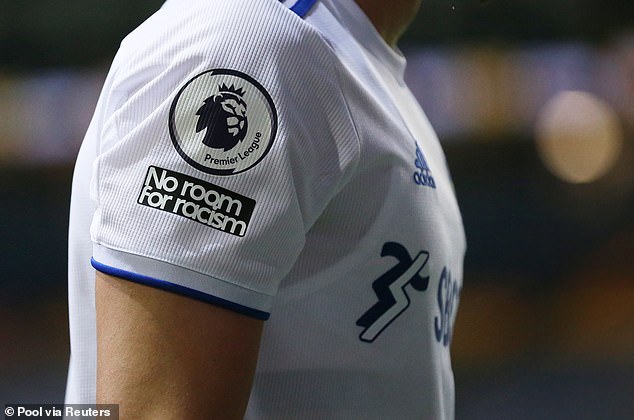 In addition, a study from data science company Signify commissioned by the PFA and published on Thursday, showed that 40 per cent of black players in English football suffered discriminatory abuse on social media during the six weeks of Project Restart.

Half of the explicitly racist messages were directed at only three players: Raheem Sterling, Wilfried Zaha and Adebayo Akinfenwa.

Kick It Out plan to use the study to increase pressure on the Government to introduce legislation, making it easier to prosecute those guilty of posting racist abuse online.

Plans to introduce the ‘Online Harms Bill’ have long been in the offing, but were delayed due to the legislative backlog caused by the pandemic. 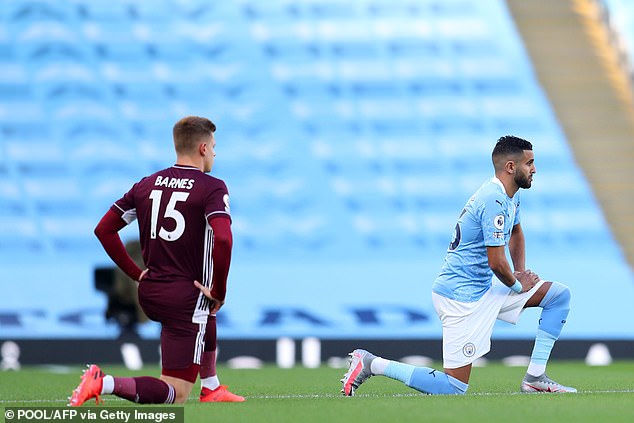 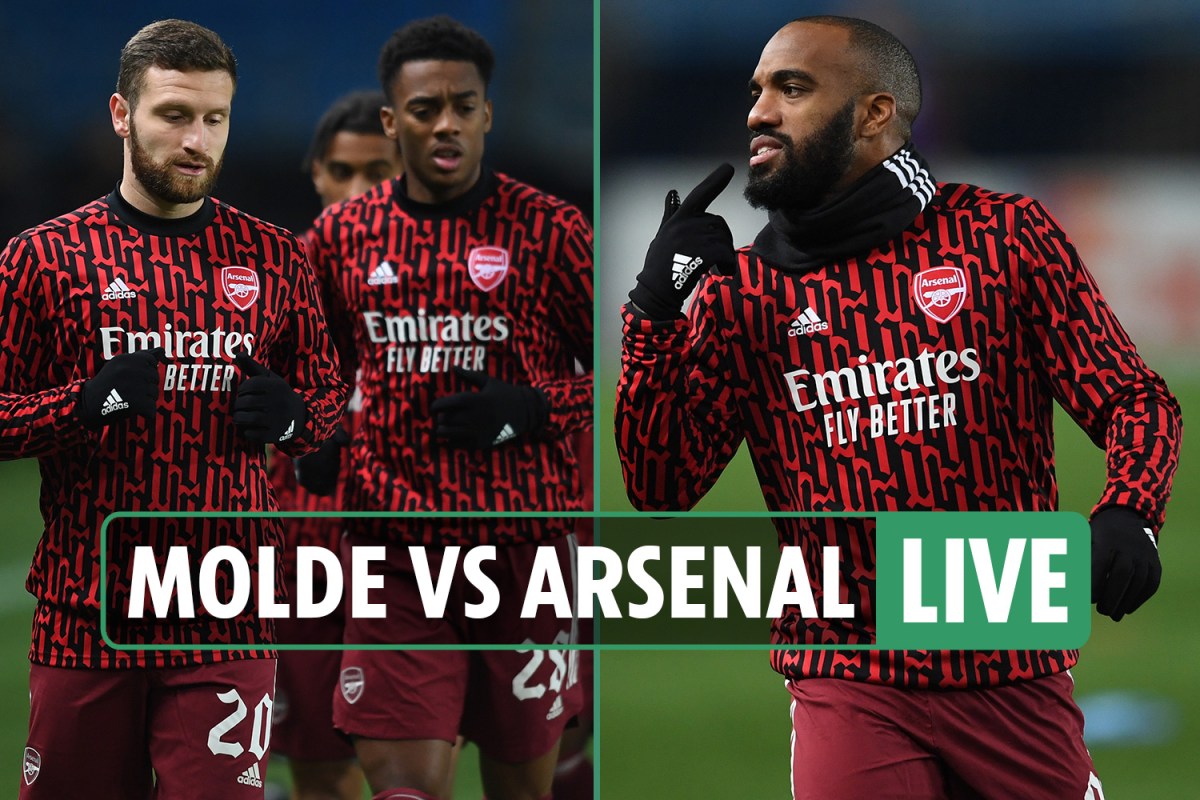 28. A fine move from the home side brings a corner.

The ball is switched to Risa on the left flank, and the full-back curls a teasing cross towards James in the centre.

The striker fails to make contact but it runs through for Aursnes, arriving at the far post.

Under pressure, the midfielder’s connection is turned behind for a corner. 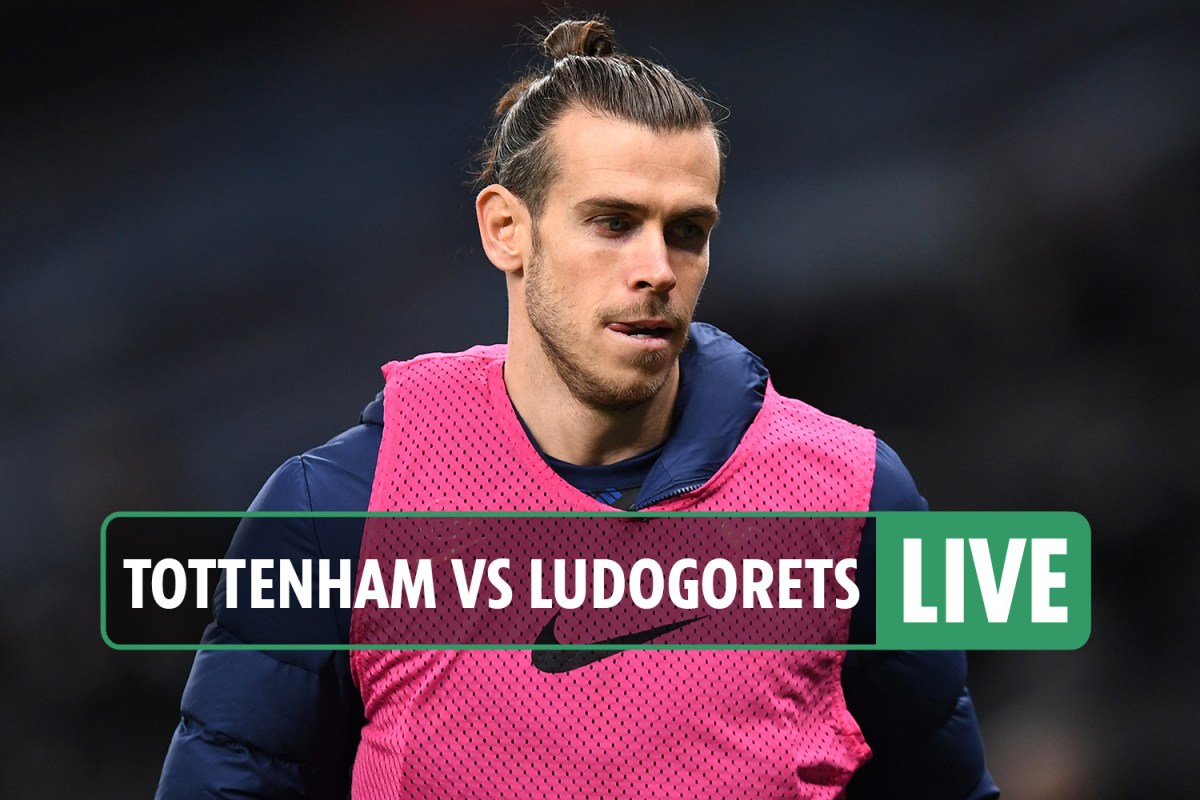 TOTTENHAM welcome Bulgarian side Ludogorets to North London as they look to take control of Group J.

Spurs are level with Antwerp and LASK on six points, but victory tonight would put them in pole position to reach the last-32.

Follow all the action with our live blog below… 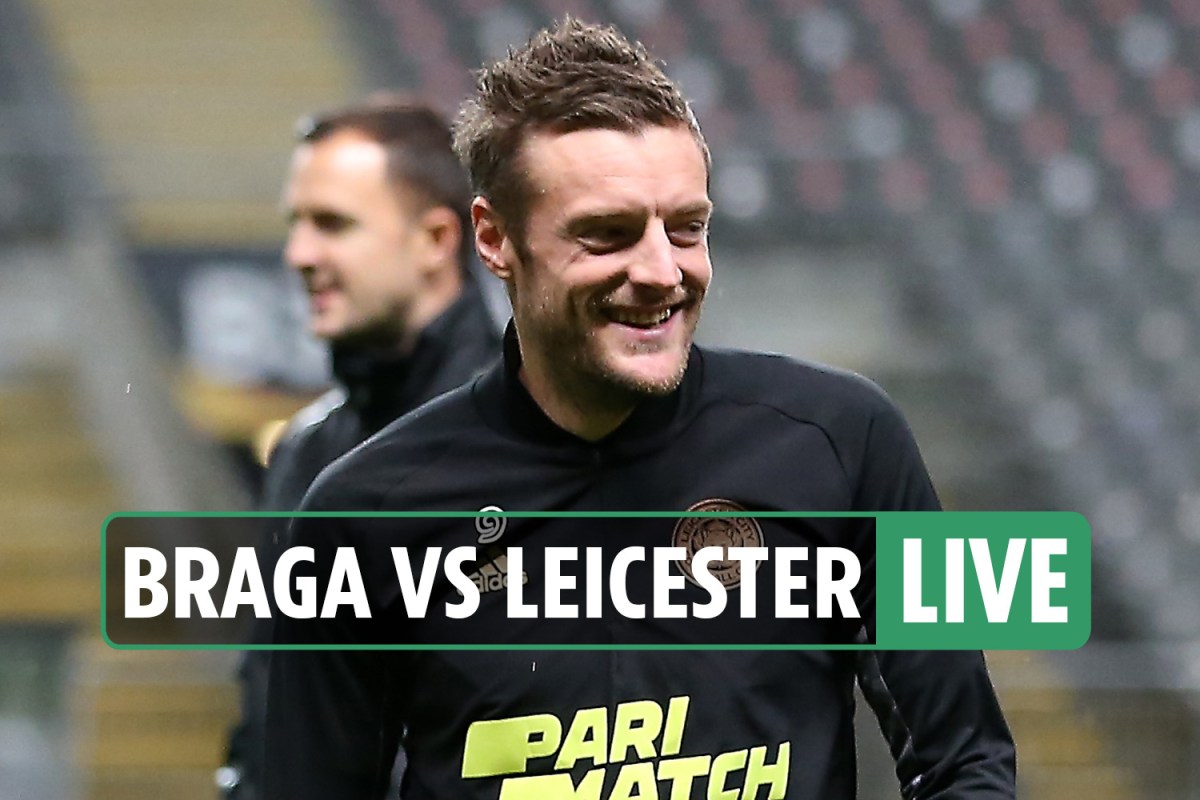 “Timothy [Castagne] didn’t travel so we’re just monitoring him over the course of this week and we’ll see where he’s at for the game next Monday (versus Fulham),”

“Wilf (Wilfred Ndidi) is progressing really, really well so we’ll see the possibility of him when we play in the Ukraine, so that’ll be great news.

“And then Çağs (Çağlar Söyüncü) as well, a little bit further down the line with him, but we’ll see where he’s at in the next few weeks.

“So they are progressing really well, but none of them are here to play. With the players we’ve got coming back, the squad is competitive and that’s what you need.”