BENFICA are reportedly closing in on a deal for Leeds target Edinson Cavani.

The newly-promoted Whites have spoken of ambitious moves for the Paris Saint-Germain striker and Zlatan Ibrahimovic, both of which are due to become free agents.

However Cavani’s half-brother and agent Walter Guglielmone is said to have been holding talks with Benfica.

Uruguayan journalist Sebas Giovanelli has described the first meeting as ending very positively with a second round of talks already underway.

Benfica club president Luis Filipe Vieira has reportedly been present at the negotiations with the player’s representative, before the addition of various directors.

The Portuguese capital club missed out on this year’s Primeira Liga trophy to Porto having won five of the previous six titles.

Since earning promotion earlier in the month, the Yorkshire side are thought to have held their own talks with Guglielmone.

Leeds owner Andrea Radrizzani admits a deal for Ibrahimovic will be “difficult” but is optimistic that Cavani can be tempted.

The Italian told Sky Sports Italia earlier in the week: “In addition to his quality, Cavani could contribute with his physicality and adapt here, but I’ve never talked about him with the coach.

“Having said that, we’ve certainly thought about him and we’ll see, given he’s still available on a free transfer.”

Cavani has scored 200 goals for PSG in seven seasons at the club, a spell which is expected to come to an end after next month’s Champions League campaign.

Inter Miami have completed the signing of Gonzalo Higuain on a free transfer after he left Serie A champions Juventus.

The 32-year-old striker will join the MLS side, owned by David Beckham, as a designated player – after he agreed a £2.3m payoff with Juventus to terminate his contract a year early. 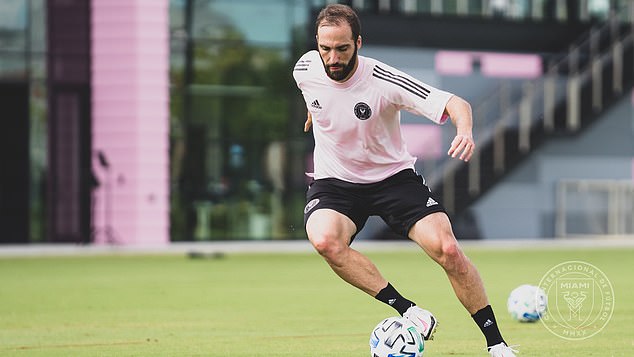 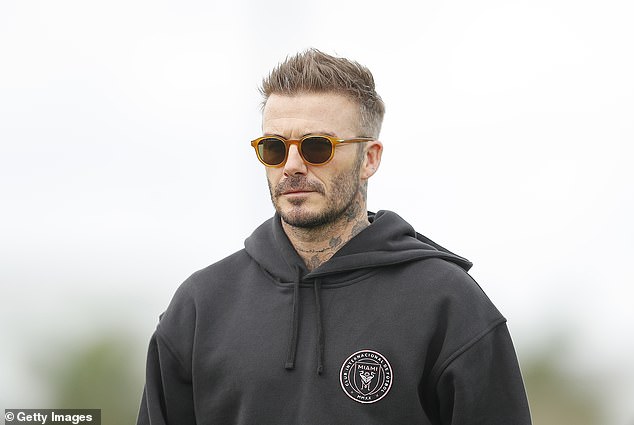 Nicknamed the ‘Beckham Rule’, the designated player option allows team in the MLS to sign up to three players outside of their salary cap.

Higuain joined training for the club on Friday and in a statement thanked Inter Miami for the effort made to sign him.

He said: ‘I think it will be a beautiful experience in my life. It’s what I was looking for – a new experience, a new league and a beautiful city.

‘I’m really happy to be here and that it’s official. My goal is to try to transmit all the experience I acquired in Europe and to help the team grow.’

Former Real Madrid and Chelsea striker Higuain, joined Juventus in 2016, where he scored 66 goals in 149 games in all competitions.

‘There were many battles together, many goals scored, with many often decisive. Now the paths of Higuain and Juventus go their separate ways,’ Juventus said in a statement announcing they had terminated the 32-year-old’s contract one year early.

The Miami Herald previously claimed the striker will earn a base salary of £5.45m ($7m) at Inter and has signed a contract that will take him to the summer of 2022.

Higuain follows former Juventus team mate Blaise Matuidi in Miami, and he will also be playing in the same league as his older brother, Federico Higuain, who plays for D.C. United.

Zlatan Ibrahimovic was the highest-paid MLS player in 2019 but has now re-joined AC Milan after leaving LA Galaxy last year. 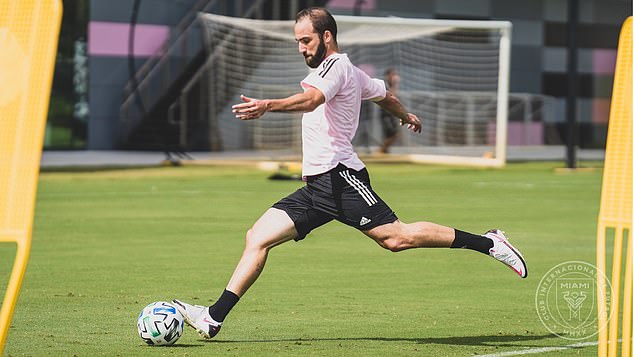 Inter Miami are in desperate need of a goalscorer for their debut MLS season, with all seven of their losses so far coming via a single-goal margin.

They currently sit bottom of the Eastern Conference after just two wins in 11 games.

Johanna Konta has split from coach Thomas Hogstedt and is out of the Italian Open after a third-round loss to Garbine Muguruza.

The British No 1, who reached the final in Rome last year in a breakthrough performance on clay, has had a number of close battles with Muguruza in the past but this was much more straightforward for the Spaniard, who came through 6-4, 6-1

Swede Hogstedt is one of the most experienced coaches on the WTA Tour, having previously worked with illustrious names like Maria Sharapova and Caroline Wozniacki. 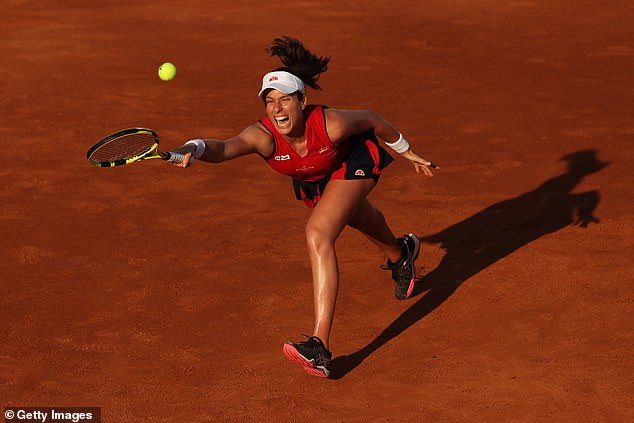 Johanna Konta went down 6-4, 6-1 against Spaniard Garbine Muguruza in Rome on Friday

The partnership raised a few eyebrows, with former British No 1 Laura Robson describing it as a ‘very weird choice’ because of their respective personalities.

Konta batted that away but appears to have concluded that they are not the right fit after all.

A spokesman for Konta said: ‘They were only working on a trial basis and they agreed to work together for the US swing and then assess going forward.’ 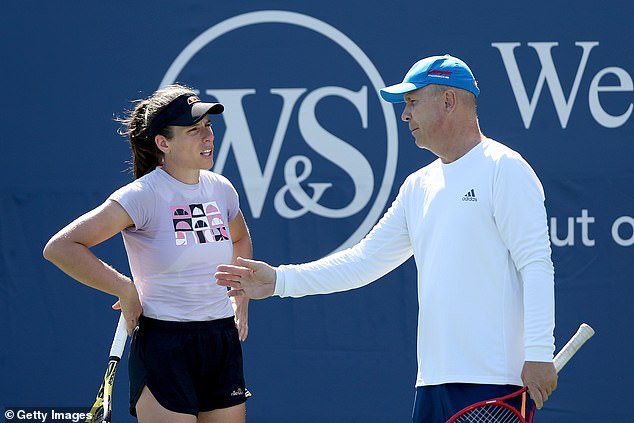 Under Hogstedt, the British No 1 reached the semi-finals of the Western & Southern Open before losing in the second round of the US Open.

She will now begin preparations for the French Open, which begins on September 27.

Tottenham manager Jose Mourinho has fired a broadside at the Premier League and EFL as his team prepare to play three times in a week on multiple fronts.

Spurs are having to negotiate the Europa League qualifying rounds by winning three matches to get into the group stage, with Premier League and League Cup matches also in the mix.

After returning from Bulgaria where they beat Lokomotiv Plovdiv on Thursday, Tottenham visit Southampton in the Premier League on Sunday and Leyton Orient in the League Cup on Tuesday before a trip to Macedonia to play Shkendija on Thursday. 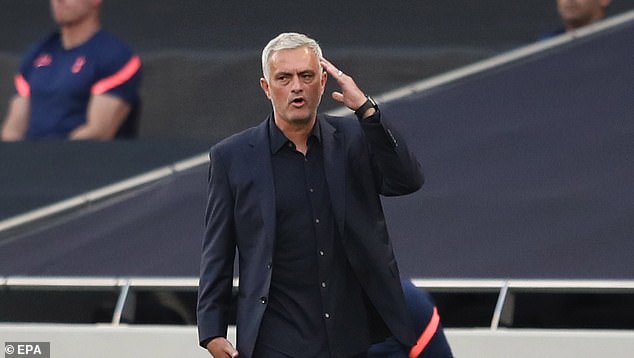 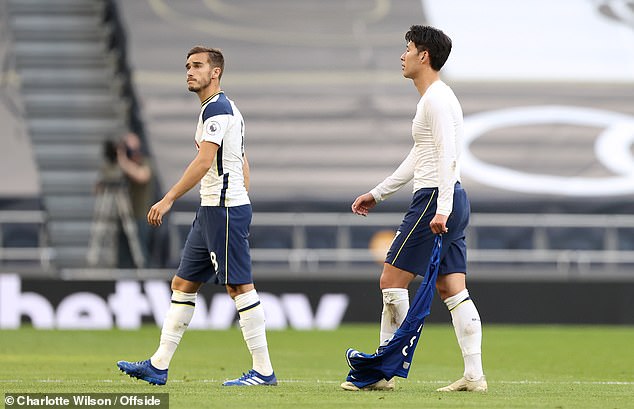 ‘The people who make these decisions, they forgot that one English team… could be Spurs, could be Wolves or Sheffield United or another one. They forgot this situation is not possible,’ Mourinho told reporters.

‘This is a joke… a total joke, but here we go. We were very, very lucky that Leyton Orient beat Plymouth because Plymouth would be very, very far for us.

‘Saturday we will be in Southampton, Wednesday we will be flying again to Macedonia and so on and so on. It’s quite dramatic but I would prefer to be in this competition (Europa League) so let’s fight until we can.’

Mourinho also grumbled at the fact that Sunday’s Premier League match would be kicking off at 12 pm, giving the squad less time to rest after returning to London early on Friday. 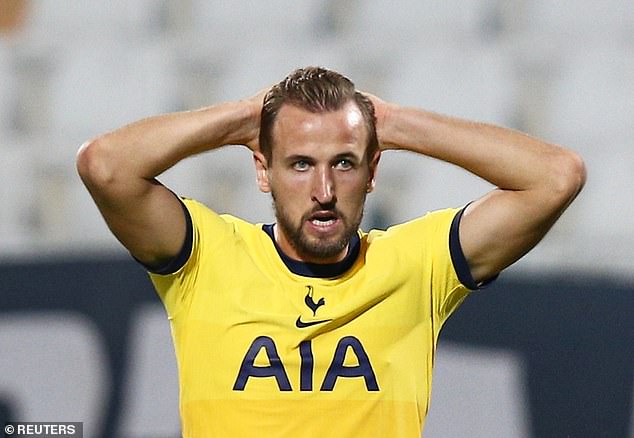 Spurs played in Bulgaria on Thursday and now have games on Sunday, Tuesday and Thursday

The congested schedule of matches will be a concern for Mourinho after already lamenting his players’ lack of fitness and ‘lazy press’ in their Premier League opening day defeat against Everton last Sunday after a shorter-than-usual pre-season.

Paul Balsom, who is head of sports science and performance innovation at Leicester and also works with the Sweden national team, previously told Sportsmail he believes that the congested calendar – brought about by the suspension of football last spring due to the coronavirus pandemic – is unsustainable over the long term.

‘Nine games in 26-27 days – that’s too much. We know that players won’t able to recover sufficiently. Maybe a centre-back could cope but for an explosive forward, a player like Jamie Vardy, it’s too much given the pace of the modern game’, said Balsom on the congested schedule.