LUKA MODRIC has defended Gareth Bale by declaring he was harshly treated at Real Madrid.

The Welshman endured a turbulent relationship at the Bernabeu before sealing his loan switch to Tottenham this summer.

Despite winning four Champions League trophies, Bale was heavily criticised for his love of golf and failing to learn Spanish in the seven years he was with the club.

But Modric, also a former team-mate at Tottenham, defended the winger claiming he did in fact speak the lingo inside the dressing room.

Speaking to El Partidazo de COPE, the 35-year-old said: “I have spent most of my professional career with Gareth.

“What I can say is that he is a spectacular guy.

“He is shy and what is said about Gareth is not fair.

“They judge him for the last few years and what he has done in Madrid is impressive.

“He spoke a little Spanish in the dressing room. In recent years a lot of things have come out and they forget everything he has done.”

“Everyone has their own behavior and the way of transmitting it.

“Gareth didn’t associate much, but in the dressing room he was fine.

“I am sorry that he forgets everything he has done for the last year and a half.”

Bale’s relationship with Real Madrid and boss Zinedine Zidane hit rock bottom towards the end of his time in Spain.

He caused fury in November on international duty when he posed with a flag that read “Wales, golf, Real Madrid – In that order.”

Bale further angered Real chiefs at the end of last season when he was pictured on the bench pretending to sleep with his face mask covering his eyes and also cupping imaginary binoculars to his face.

Bale has yet to make his second Spurs debut due to a hamstring injury.

But he has returned to training and boss Jose Mourinho is hopeful of having him in the squad to face West Ham after the international break.

Gareth Bale could return EARLY from injury due to his love for Tottenham, claims Jose Mourinho

JORGINHO has taken on extra work as Thiago Silva’s English teacher to help the Brazilian superstar settle in at Chelsea.

Brazil-born Italian Jorginho also acts as unofficial translator in the dressing room — and it is helping the team iron out defensive woes.

Thiago, 36, was signed on a free in the summer from Paris Saint-Germain and is seen as a key figure in the back line even though his knowledge of English is minimal.

Midfielder Jorginho, 28, said: “When he has some questions or some doubts he asks me and I try to help him if I can, because my English is not that great.

“We try to help each other. That’s what you do on and off the pitch.

“He is happy here. He is a big personality, a big player with lots of experience.

“He is helping all of us as a group, the younger players, everyone.

“He finds a way to communicate, whether it is with his hands or he speaks to me and I give the information to the other guys.  We find a way.”

Chelsea boss Frank ­Lampard revealed this week he communicates with Portuguese-speaker Thiago via an interpreter but that the pair already have a solid working relationship.

He will have to be managed carefully due to his age but he played a huge role in Tuesday’s stalemate in the Champions League against Sevilla. It was the first goalless draw of Lampard’s 64-game reign.

Chelsea go to Manchester United on Saturday to avenge a 4-0 pummeling in Lamps’ first Premier League match as manager.

Jorginho said: “We are trying to be a solid team, not conceding so many goals. We need to work on that but it is difficult.

“Goals and small details can make the difference at the end.

“We have to work on other things to get better but we are on the right way I think.

“We must focus on defending inside the box, how to press and don’t switch off on set-plays.

“These details make a big difference. We need to be aware all the time. We are trying to do that.

“Thiago helped a lot, talking a lot. Defensively he has massive experience and he knows about football tactically so he is helping all of us so much.

“He has played at a high level for a long time. I think it is easy to see he is a great player on the pitch.”

UFC 254 – Khabib vs Gaethje LIVE: All the build-up and updates from Fight Island ahead of massive night of action 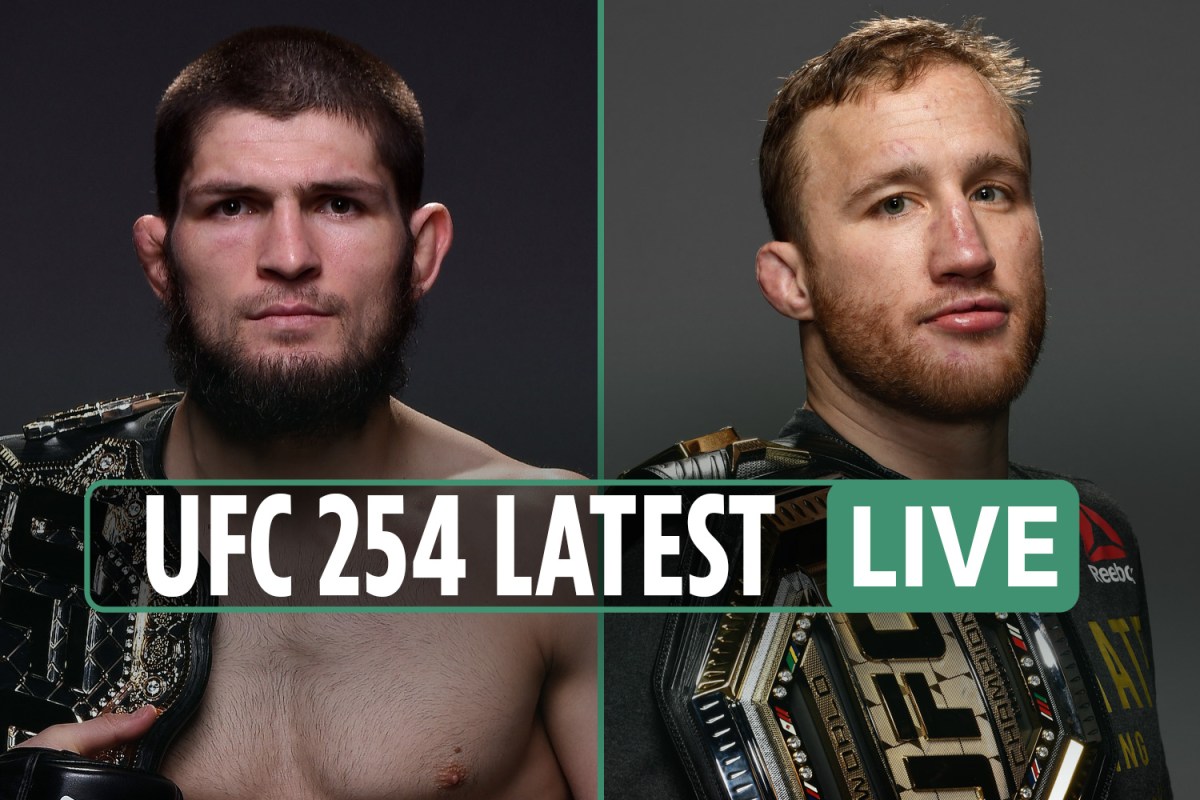 Khabib returns to Octagon for the first time since September 2019 for the bout at the UFC’s Fight Island in Abu Dhabi. 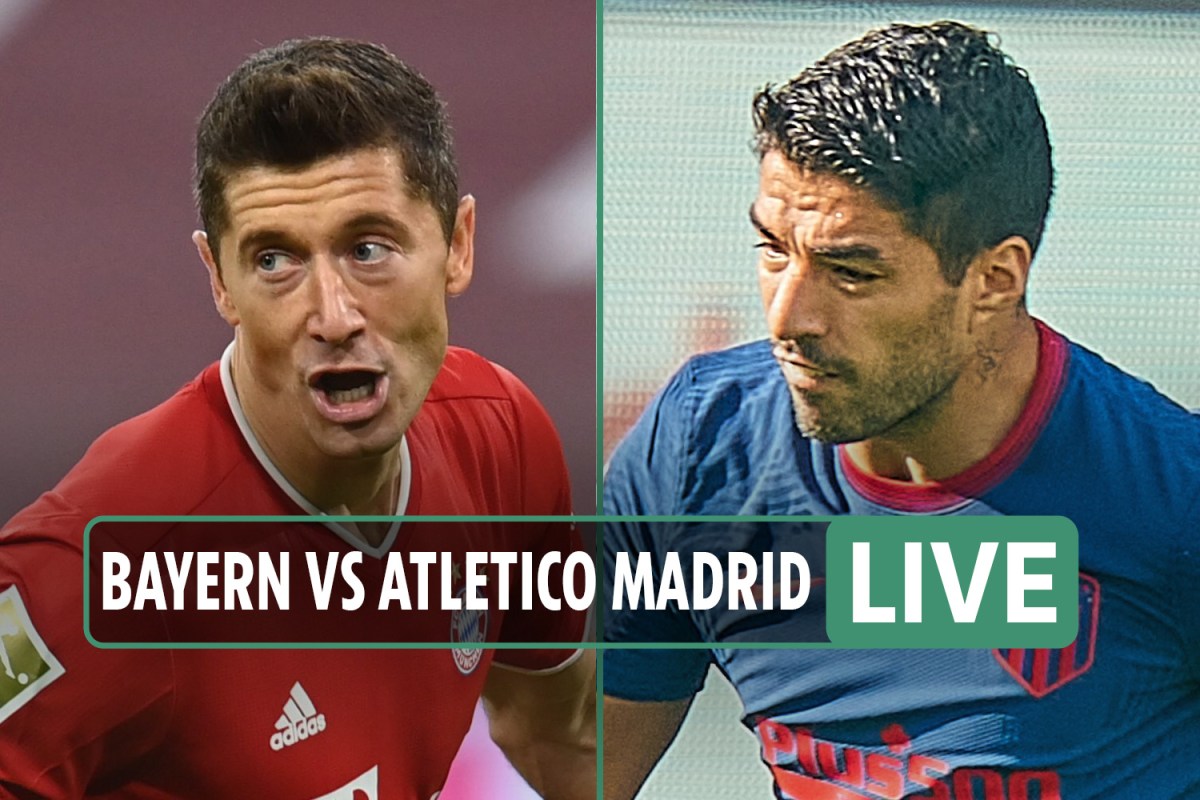 Bayern Munich kicked off their Champions League defence with a 4-0 thumping of Atletico Madrid.

Man-of-the-match Kingsley Coman bagged a brace either side of half-time with Leon Goretzka and Corentin Tolisso adding the other two.

Other than a couple of Atletico flurries at the beginning of either half, the Bavarians were dominant throughout.

After a rocky first ten minutes where Luis Suarez was unlucky not to put Atletico ahead, Bayern slowly worked their way into the game and finished the half by far the strongest.

Coman opened the scoring with a lovely finish – getting on the end of a delectable diagonal ball from deep from Joshua Kimmich and burying it with his right foot.

The visitors had some half chances but they looked a way off by the end of the half and Goretska’s 41st minute half volley into the bottom left corner was thoroughly deserved.

Shortly after half-time, Joao Felix had a goal disallowed because an offside Luis Suarez was in Manuel Neuer’s eyeline as the ball went in.

And almost immediately Bayern took the ball up the other end and after a blocked shot fell to Tolisso 30 yards out, the midfielder produced the goal of the game rifling a right-footed rocket into the top right corner.

Coman wrapped up the win on 72 minutes with Atletico pushing for a way back in. He took advantage of the thinly spread defence, turned the defender inside out and smashed it into the bottom left corner.

Mob overpower policemen and seize their guns in Ajah (videos)