Newcastle United‘s record signing Joelinton could have scored a hat-trick in the Carabao Cup against Morecambe but managed to not convert from one-yard out.

The £40million striker, who has endured a tough career so far at Newcastle, managed to score two goals – the same as his entire Premier League tally last season – as Steve Bruce’s side asserted their dominance in a 7-0 victory over League Two opposition.

Jacob Murphy went on a winding run through the Morecambe defence and approached the byline as he sent a cross in towards the No 9. 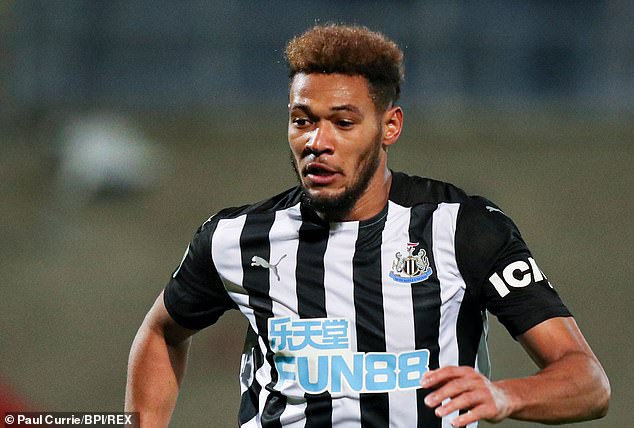 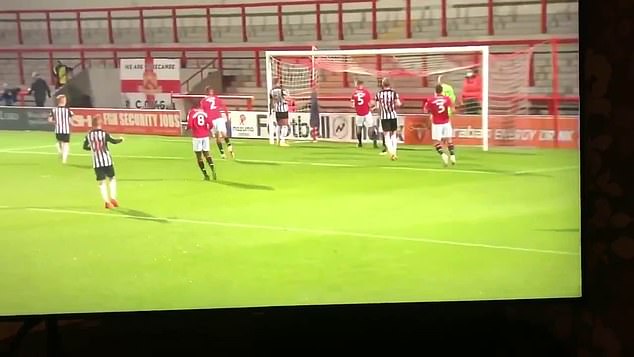 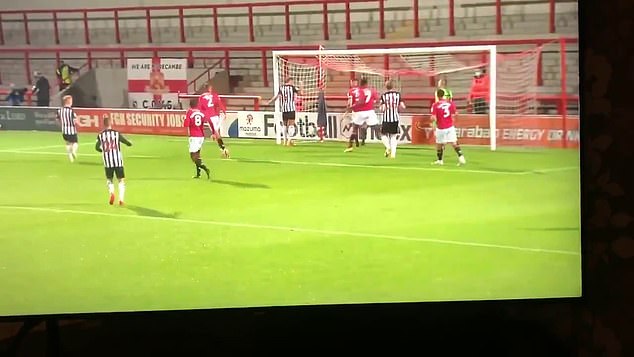 The chipped, looping cross was falling straight into the path of Joelinton, who was practically standing on the goal line for the easiest tap-in of his career and what would have been his second goal on the night.

However, he decided the let the ball run past him and it ricochets off the post and back past him.

The Morecambe goalkeeper was then able to dive on the ball as Joelinton could only stand there inside the six-yard box wondering why he didn’t try to knock it in.

Newcastle fans took to Twitter after the incredible blunder, as one fan tweeted: ‘Joelinton could’ve had his first hat trick today if he didn’t miss the easiest chance I’ve actually ever seen’ 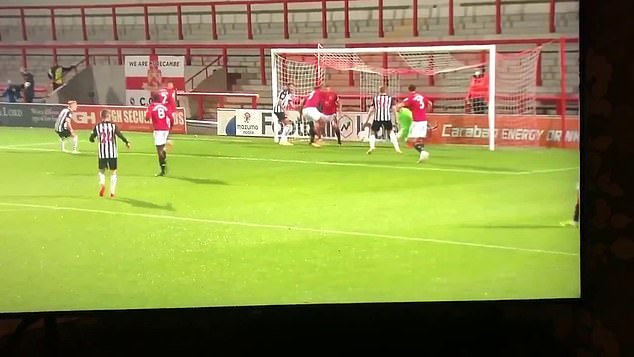 Another fan said: ‘I don’t know what I’m more shocked at. That miss by Joelinton or the fact he scored earlier’.

The striker did make up for his error very shortly after, as he found the top corner from range with a wonderful strike as the Magpies ran riot.

After the resounding victory, manager Steve Bruce revealed that the Brazilian thought the ball was going in, hence why he left it.

When asked on the miss, he replied: ‘He thought it was going in and wanted Jacob to get a goal.’

CHELSEA host La Liga side Sevilla tonight as Frank Lampard’s men look to get their Champions League campaign off to a flier.

The Blues have won just two of their opening five Premier League fixtures and threw away a two-goal lead to draw 3-3 with Southampton on Saturday.

What time does Chelsea vs Sevilla kick off?

What TV channel is Chelsea vs Sevilla on and can I live stream it?

Can I watch Chelsea vs Sevilla for free?

Edouard Mendy is in the squad, raising hopes among Chelsea fans that he will be fit to replace Kepa following his horror show against Southampton.

Thiago Silva is available after missing the Saints match with jet lag while Hakim Ziyech could get his opportunity to impress after coming off the bench against the Saints.

For the visitors, Luuk de Jong and Lucas Ocampos will be expected to return after being left out for the game against Granada.

The Premier League giants will be hoping to get their group campaign off to the perfect start, but will be without Mason Greenwood, Harry Maguire and former PSG star Edinson Cavani.

LEEDS have been handed a major injury blow with Kalvin Phillips facing six weeks out.

The England midfielder, 24, suffered a shoulder knock in the 1-0 defeat to Wolves.

Phillips does not need surgery and the club confirmed he has already begun rehab.

“Whilst we are pleased to confirm that surgery is not required, the Leeds born England International could still face up to six weeks on the sidelines.

“Kalvin began his rehab at Thorp Arch this morning and will be working hard with the medical team to return to action as soon as possible.”

And he is also unlikely to play any part in England’s Nations League matches against Belgium and Iceland.

Phillips was knocked over by Wolves ace Raul Jimenez around ten minutes from the end of the defeat at Elland Road last night.

The Leeds man landed awkwardly on his right shoulder but played out the rest of the match.

Boss Marcelo Bielsa – who could soon be Yorkshire Tea’s new TV face – will have to find cover to fill the defensive midfield role Phillips has made his own.

And the Argentine gaffer will have other injury concerns too.

Liam Cooper pulled out of the Wolves defeat in the warm-up and Pascal Strujik looked to injure his ankle just before Jimenez’s deflected strike found the net 20 minutes from time.