Ole Gunnar Solskjaer has lavished praised upon his two midfield stars at Manchester United and claims they can ‘create something out of nothing.’

Paul Pogba and Bruno Fernandes haven’t played together much since the latter’s arrival in January given Pogba’s injury struggles, but they are both now fit and raring to go.

Early matches post-lockdown have given a glimpse of what they might be capable of and fans are waiting with bated breath to see what might become of their partnership in the centre of midfield. 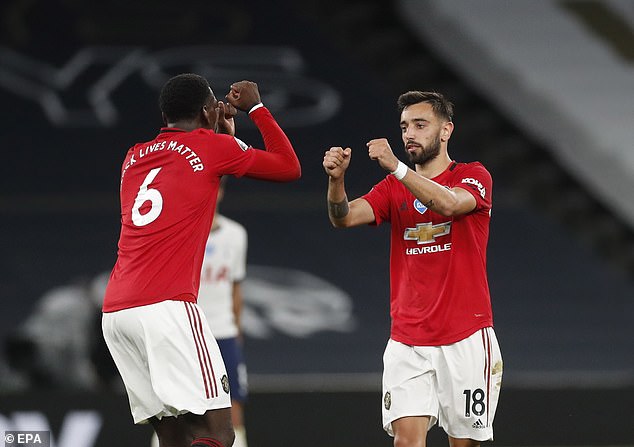 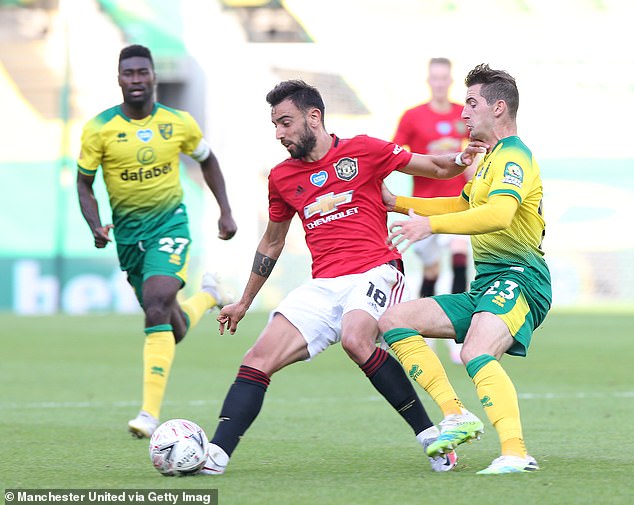 Solskjaer too, it seems, is excited at both of their abilities and told Sky Sports this week: ‘The forward players know they have players behind them who can create something out of nothing.

‘Bruno can create chances where there’s no space – a little flick around the corner; he’s been very good with his back to play.

‘Paul creates too; they’re both creative players who can pick a pass, players with individual qualities. To be a centre-forward in front of these two is a joy. I’ve felt that myself playing with Paul Scholes, Juan Sebastian Veron, David Beckham, Ryan Giggs… it’s a nice position to be in.’

There have been questions raised over the exact system Manchester United should play to accommodate both players’ qualities, and Solskjaer insists there is no one style they need to commit to. 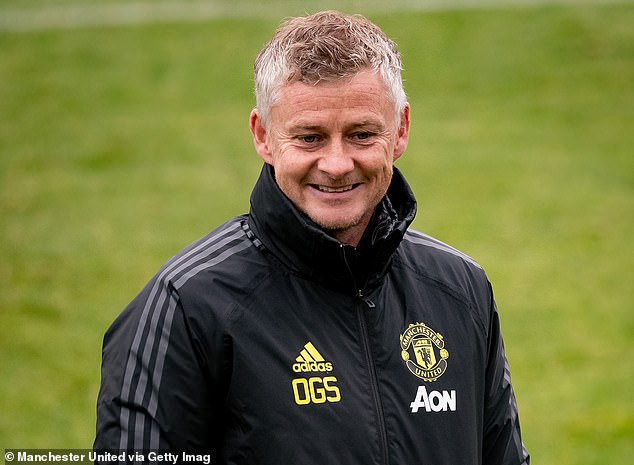 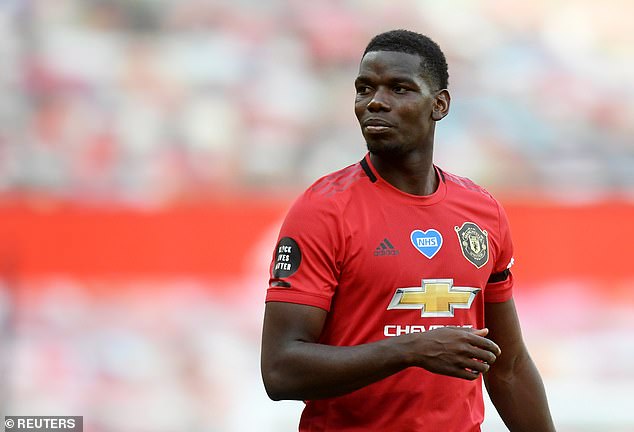 ‘I think we can play in many different ways,’ he added. ‘Bruno has played in central midfield, to the right, to the left, as a No.8, a No.10, in a diamond. It’s the same with Paul. And I have Scott McTominay, Fred, Nemanja Matic giving me a headache when I have to leave them out. It’s a good position to be in.

‘If we keep playing well, keep developing, get into the top positions… I know we can attract good players and everyone knows that Manchester United at some point will start winning trophies again.’

As it stands, United sit sixth in the Premier League table, but will move up above Wolves to fifth if they win their game in hand against Brighton on Tuesday night. 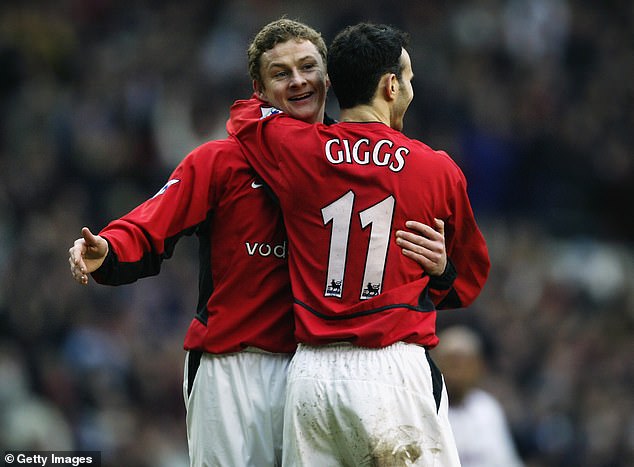 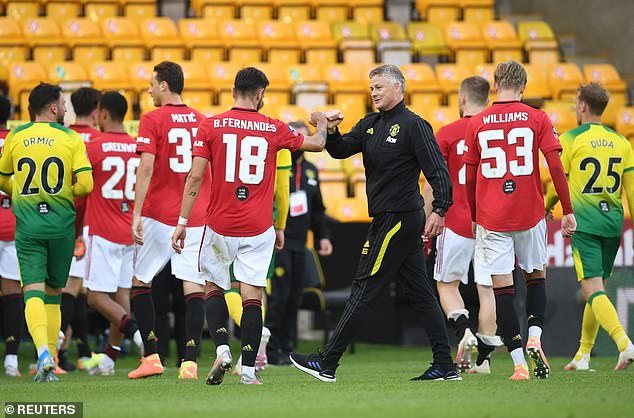 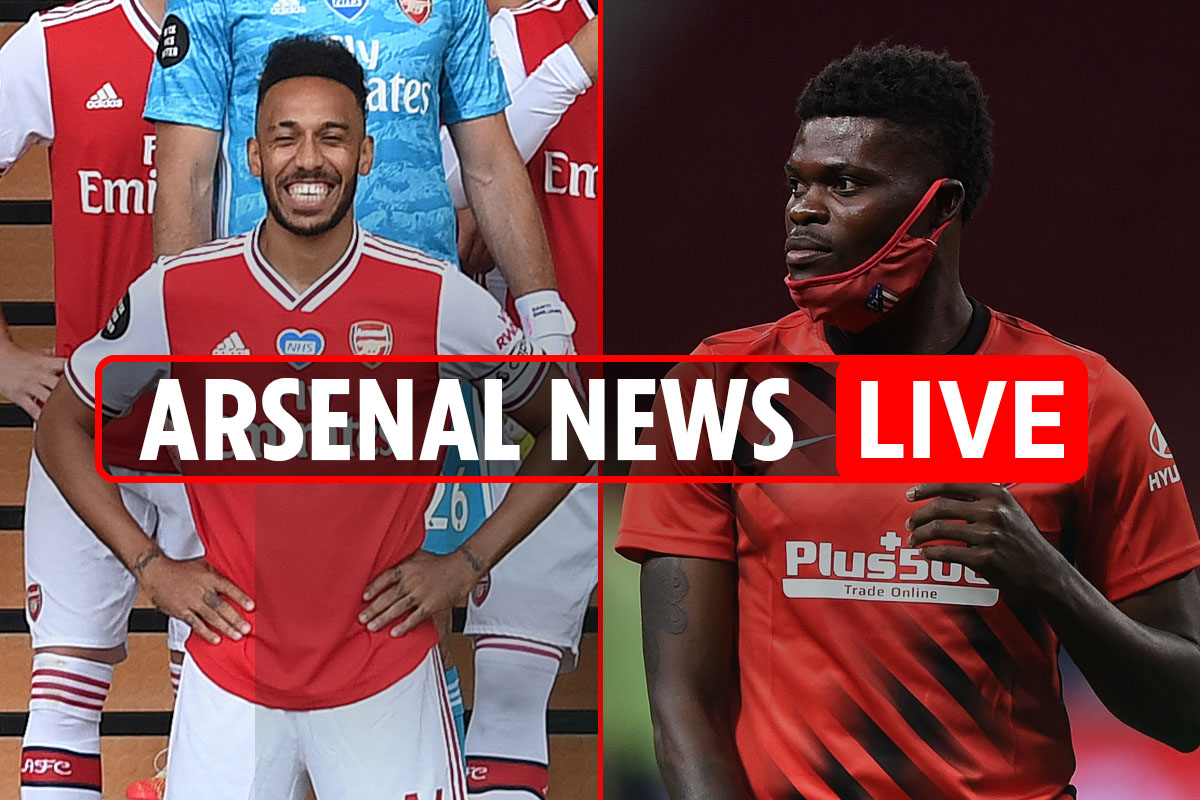 ARSENAL recorded a massive win in the West Midlands as they saw off Wolves thanks to strikes from Bukayo Saka and Alexandre Lacazette.

And there could be more good news with Pierre-Emerick Aubameyang hinting he WILL sign a new contract and Thomas Partey believed to be wanting his potential move to Arsenal finalised as soon as possible.

Follow all the latest Arsenal news and transfer gossip below…

James Rodriguez has put potential suitors, including Manchester United, on red alert after he refused to travel with the Real Madrid squad for Sunday’s game against Athletic Bilbao.

The 28-year-old has been linked with a move away from the club, having played just 14 games in all competitions this season, and Zidane confirmed after Sunday’s game that it was Rodriguez’s decision not to travel. 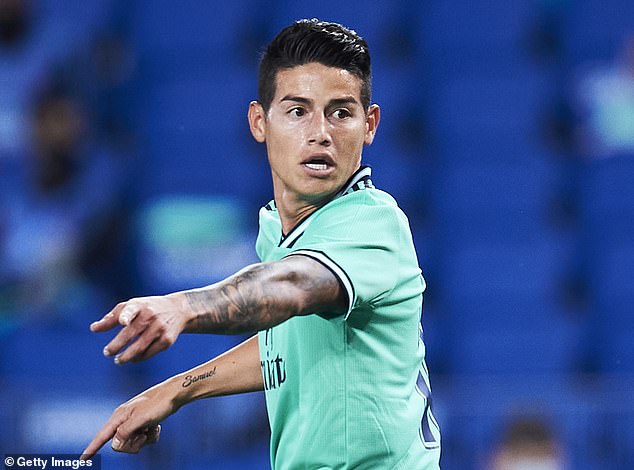 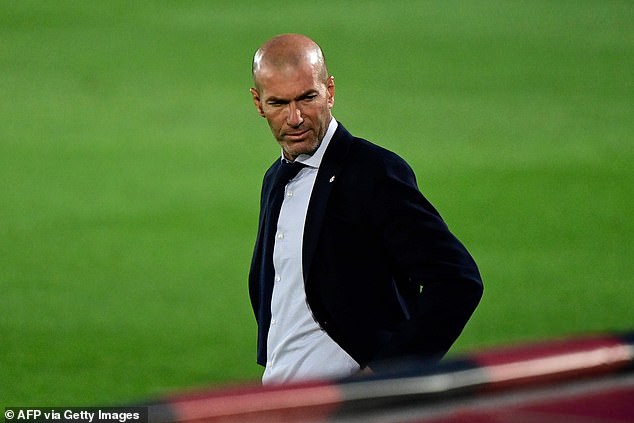 ‘He wanted to be left out because of his own reasons,’ said Zidane.

‘The reasons are between us and I’m not going to tell you anymore.’

Responding to claims the pair have fallen out, Rodriguez himself told Colombian television: ‘There was never any problem [with Zidane]. Each coach has his tastes.

‘We have a normal, working relationship. It does not seem fair to me that a person is disrespected for not picking a player.’

As well as a move to United, Rodriguez has also been linked with a move to Everton and a potential reunion with coach Carlo Ancelotti.

Arsenal and Wolves are also rumoured to be eyeing up a cut-price £22m move. 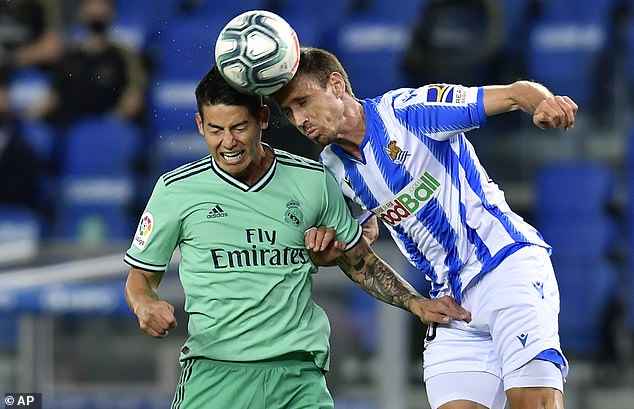 Manchester United, Arsenal, Wolves and Everton are all interested in Rodriguez (left) 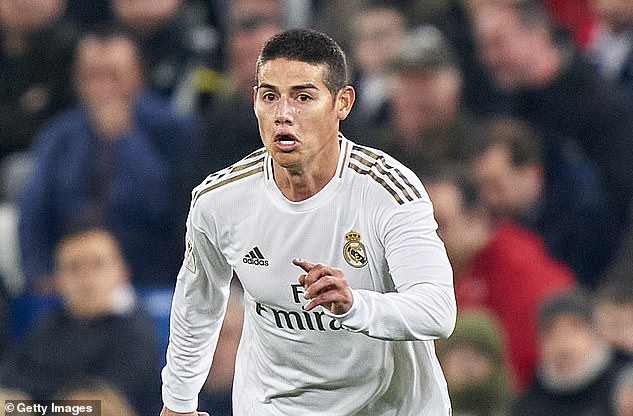 Rodriguez had an unconvincing two-year loan spell at Bayern Munich from 2017 to 2019 after he was frozen out of Zidane’s plans at Madrid.

This season, he missed two months at the back end of 2019 due to a knee injury picked up on international duty and he was also sidelined with a hip problem for a short period.

His contract is up in June 2021 and he is therefore keen to leave the club this summer having been unable to establish himself in Zidane’s second stint in charge.

JUAN MATA has reportedly thrown open the door to a move to Turkish side Fenerbahce as Ole Gunnar Solskjaer plots a mass exodus.

The Spanish midfielder has fallen down the pecking order at Old Trafford since the arrival of Bruno Fernandes in January.

The 32-year-old has clocked up 20 starts in total this season, but 12 of those have come in cup competitions.

And the partnership between Fernandes and Pogba, which has been bubbling away since football’s restart, could push Mata even closer to the exit door.

According to Turkish outlet Sansursuz Futbol, the 32-year-old is “eager” to leave United and is interested in Super Lig outfit Fenerbahce.

The Turkish side would have to fork out a fee for the midfield maestro as he only signed a new deal last June keeping him at Old Trafford until summer 2021.

But Solskjaer preferred Mason Greenwood and Marcus Rashford on the channels during the 5-2 win over Bournemouth.

Mata is a huge asset to the dressing-room and Fernandes, Odion Ighalo and Daniel James have all gushed over the former Chelsea man.

And with a whole host of players linked with a switch to Old Trafford, there will inevitably be a handful heading out the exit door.

The likes of Leicester star James Maddison, Aston Villa midfielder Jack Grealish and Borussia Dortmund wonderkid Jadon Sancho are all believed to be on the shortlist.

Jesse Lingard could be on his way out as he has also been pushed aside by the £67million arrival of Fernandes.

Chris Smalling has enjoyed a loan spell with Roma and it is believed the Serie A giants are keen on a permanent deal for the 30-year-old.

Sanchez’s bumper £505,000-a-week salary has been a drain on United’s economy and Solskjaer is said to be eager to remove him from the wage bill.

And it’s no surprise to see error-prone Phil Jones on the list, having featured in just TWO Premier League games so far this season.

Most children will be removed from coronavirus shielding list this month