Ralph Hasenhuttl has won the final Premier League Manager of the Month award of the 2019-2020 season after Southampton went unbeaten in July.

The Saints secured a memorable 1-0 victory over Manchester City and were one of only two teams to take points from Manchester United at Old Trafford after the restart, earning a 1-1 draw.

The month of July also saw Hasenhuttl’s side draw with Everton and Brighton before finishing the campaign with wins over Bournemouth and Sheffield United. 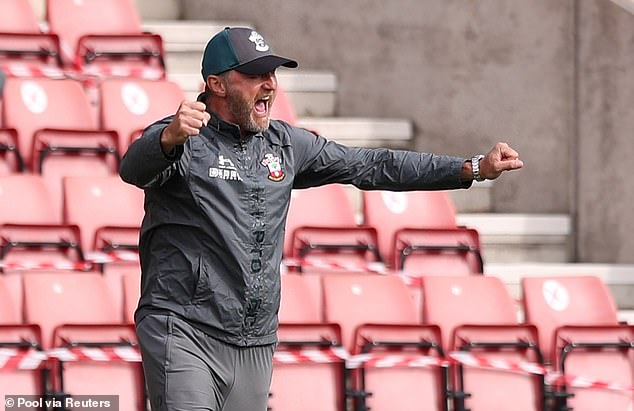 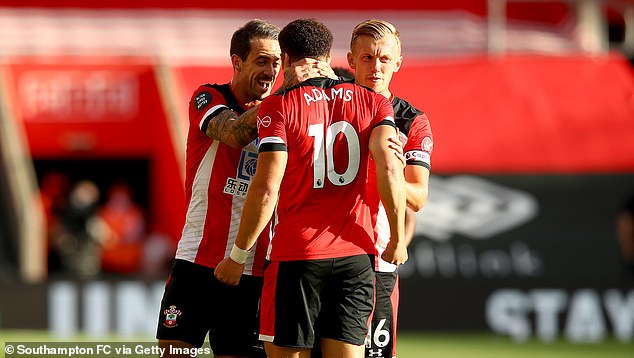 Southampton ranked third in the table for points gained since the season began again in June, such was their impressive form.

The Saints scored 10 goals in July with four coming from Che Adams. The striker had failed to find the net in his first Premier League season until his winning strike against Man City. 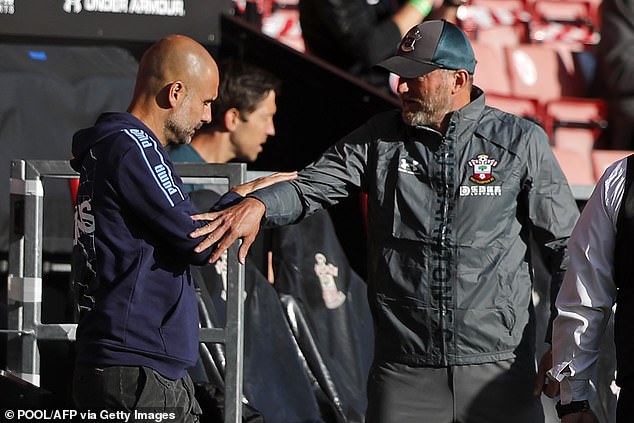 The club finished the season in 11th place, just seven points behind both Tottenham and Wolves.

West Ham’s Michail Antonio won the player award for July after scoring eight goals in seven matches to help steer his side away from relegation trouble.

The forward also became the first Hammers player to score four goals in a Premier League match as Moyes’ side condemned Norwich to relegation.

LEICESTER CITY star James Maddison celebrated scoring against Manchester City by holding a T-shirt in tribute to a club doctor who died this summer.

The Foxes midfielder bent in a beautiful goal to make it 4-1 to Brendan Rodgers’ side.

Maddison held up a T shirt commemorating Stuart “Bertie” Birtwistle the @LCFC doctor (& Leicester surgeon) who died this summer after a long fight with cancer. He was a lovely man.

Maddison then ran over to the dugout where he was handed a white T-shirt.

The 23-year-old held it up to an empty stand, where it showed a photo of Stuart “Bertie” Birtwistle standing by the Premier League trophy the club won in 2016.

According to TV presenter Anna Soubry, ‘lovely man’ Birtwhistle died ‘this summer after a long fight with cancer’.

JAMIE VARDY scored an incredible hat-trick to fire Leicester to a 5-2 win at Manchester City.

The veteran striker was in deadly form as Pep Guardiola’s shaky defence was unable to handle the pressure at the Etihad.

James Maddison also netted a scorcher from distance in the dominant win.

And Youri Tielemans sealed City’s misery with a late penalty. 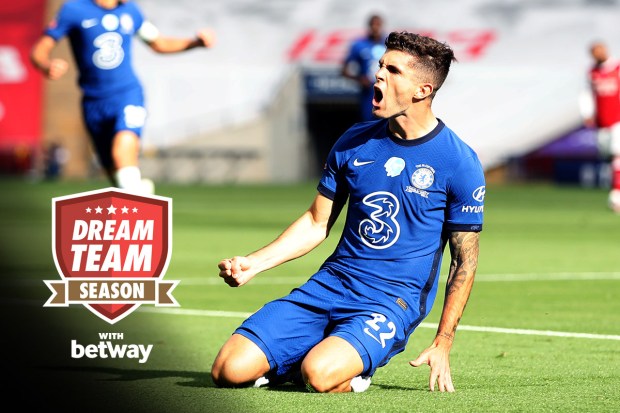