Ole Gunnar Solskjaer will decide this week which of Manchester United‘s young players he will allow out on loan next season.

With the Old Trafford club back in the Champions League, Solskjaer knows he needs a strong squad capable of competing on multiple fronts and will target reinforcements in various areas over the summer.

And these new arrivals may well block off opportunities for some of those players hoping to make the leap from academy ranks to first-team squad. 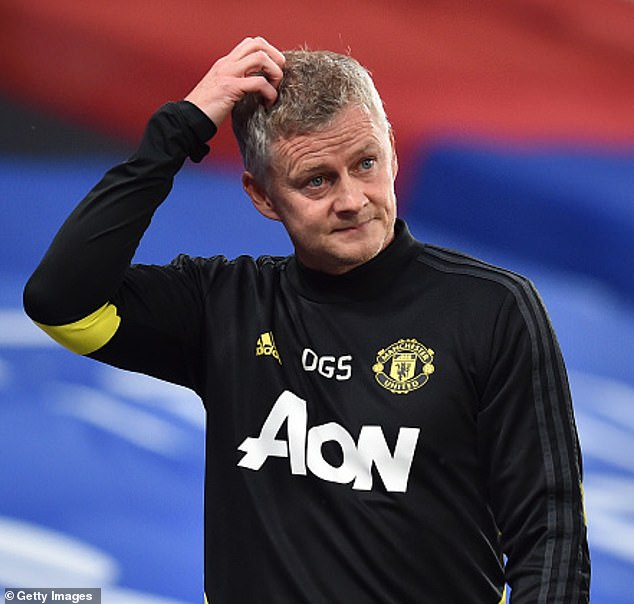 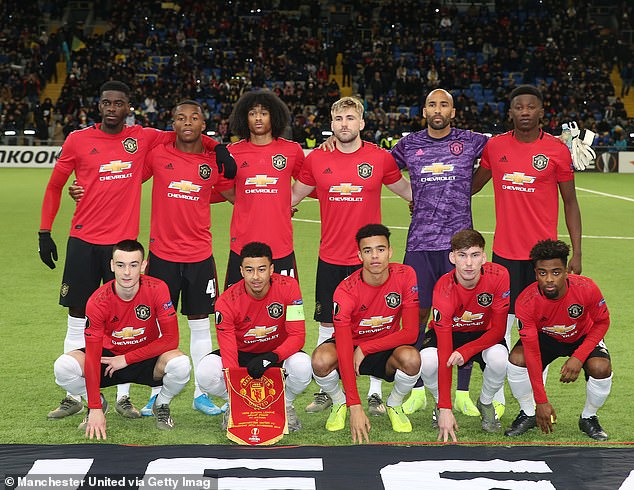 The likes of Teden Mengi have recently trained with the United first team and so Solskjaer may well keep them at the club for next season.

Others will find opportunities few and far between and would undoubtedly benefit from a season out on loan to gain that valuable match experience.

Sportsmail takes a look at some of the United youngsters who could go out on loan in the coming weeks.

Regarded as one of the gems coming through the United academy, it’s little surprise that Garner has been attracting plenty of loan inquiries ahead of next season.

The 19-year-old has already had interest from Sheffield Wednesday and Doncaster Rovers, as well as two teams currently contesting the Championship play-offs in Swansea City and Cardiff City.

His destination could depend on whether either of those reach the Premier League, as United want the midfielder to have as much game time as possible.

Garner is regarded by some as a possible long-term successor for Nemanja Matic at the base of United’s midfield and he has featured in four Europa League games so far this season, starting three of them.

But his box-to-box qualities are shown by a surprisingly good scoring record of eight in 10 games for United’s Under-23 team this season. 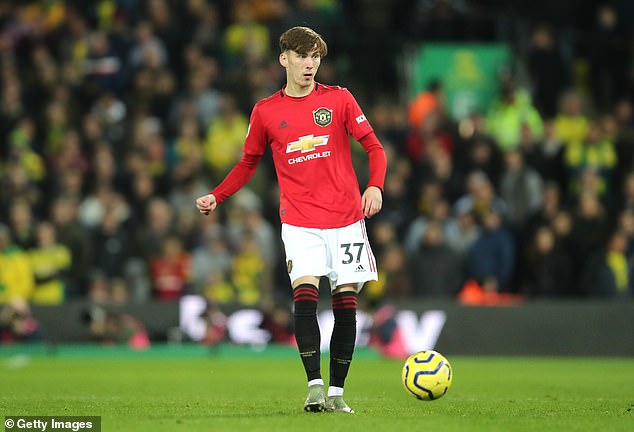 Laird was promoted into first-team training not long after football’s resumption last month having featured in a couple of Europa League matches earlier in the season.

Any decision on Laird’s loan may well depend on United’s transfer business over the summer as Diogo Dalot has been linked with a move away.

If that happens, it may be wise to keep Laird at Old Trafford to serve as back-up to Aaron Wan-Bissaka on the right side of the defence. He can also play left-back with the same attacking instinct.

Having formed an impressive full-back pairing with Brandon Williams in the U23s, Laird will want to follow Williams in making the step up and has previously said: ‘I can hack this level of football.’ 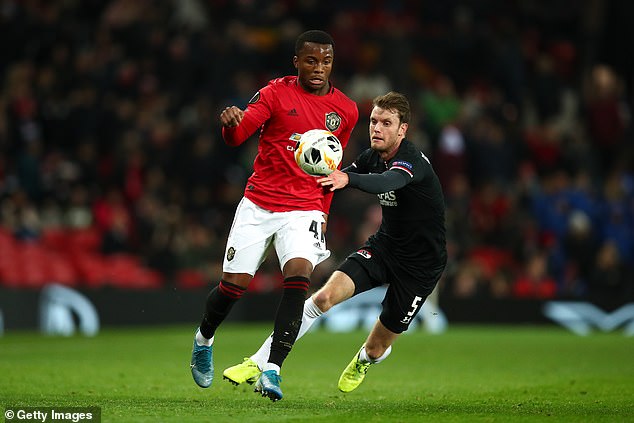 The Welshman’s one taste of first-team football at United came in that match out in Kazakhstan before Christmas but he is certainly highly thought of.

For one thing, Wales manager Ryan Giggs sought advice from his old team-mate Nicky Butt, the head of United’s academy, before picking Levitt for the Wales squad last year.

Chances are he would have made his Wales debut in the March friendlies against the United States and Austria before coronavirus intervened.

Levitt did well against Astana, completing 100 passes – more than anyone else – but was then laid low by illness.

With his strength fully recovered after quite some time off, he is tipped to make quite an impression in the Championship if he goes out on loan. 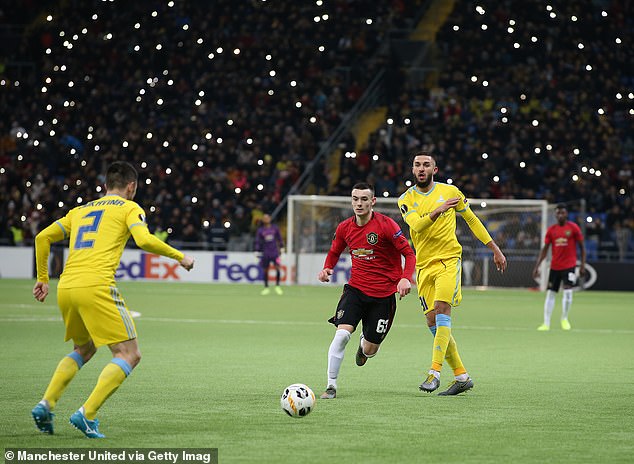 Having signed a new contract through until 2022 just before lockdown, it will be interesting to observe the next stage of Chong’s development.

He’s featured in 15 first-team games over the last couple of seasons but on the whole his opportunities have been restricted to cameos in the league, the Europa and the early round of cup competitions.

With United looking to strengthen over the summer in precisely the area he plays in – potentially by signing Jadon Sancho – Chong will really need to impress in the upcoming Europa League games if he gets a chance.

Otherwise a loan next season will surely be the best option to keep him ticking over.

But it will be tricky to accept with his successor as winner of the club’s Jimmy Murphy best academy player award, Mason Greenwood, already moving past him at a younger age. 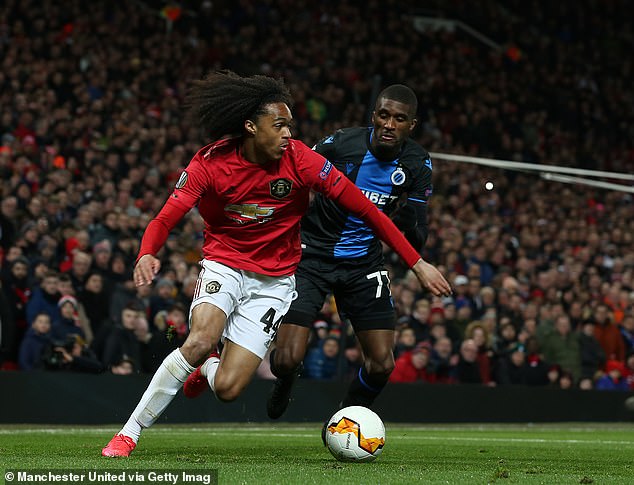 Galbraith was handed his first-team debut against Astana but only for a couple of minutes off the bench at the end of the game.

Indeed, the 19-year-old midfielder has played the same amount for his country, Northern Ireland, making his senior debut in a friendly against Luxembourg last September.

Nonetheless, he is highly-rated in both camps and was described as a ‘magnificent prospect’ by Jim Magilton, Northern Ireland’s elite performance director.

With United well-stocked in the central midfield department, it could be a good time to go on loan and get some more experience under his belt.

That would also be the best way to ensure further caps for Northern Ireland in the near-future. 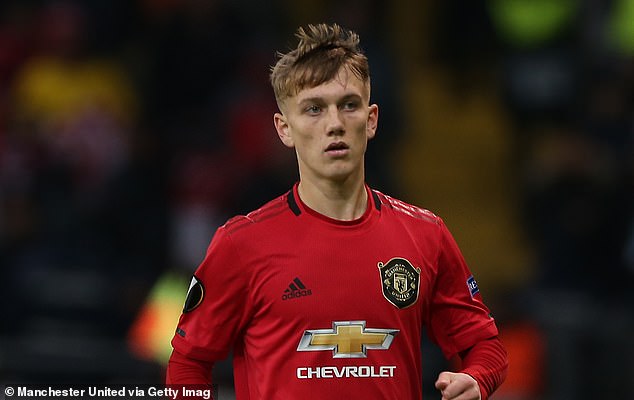 Another to make his debut in Kazakhstan though having scored an unfortunate own goal it probably wasn’t as memorable for him.

But with United looking to overhaul their centre-back options this summer, potentially selling Phil Jones, Chris Smalling and Marcos Rojo, surely one of the youngsters could get a more regular chance.

Teden Mengi is a name often tipped for big things but Bernard isn’t far behind. Again though, at 19, he could maybe do with a year in the EFL to better understand the game.

Contracted at Old Trafford until 2022, Bernard has the time frame to take a year at another club and then return to United to see what progress his game has made. 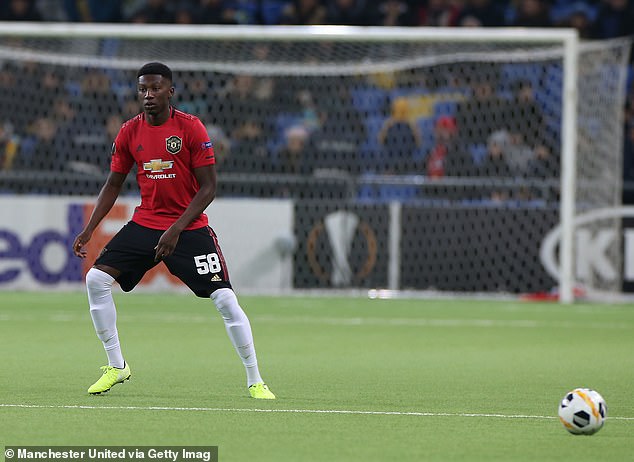 Tottenham‘s Carabao Cup clash with Leyton Orient could be in doubt after the League Two club announced that a number of first team players have tested positive for coronavirus.

The O’s, who were set to face Premier League side Tottenham in the Carabao Cup third round on Tuesday, have closed their Breyer Group Stadium and training ground until further notice.

Orient have said in an official statement that they have informed the EFL and Tottenham and will make an announcement on the status of Tuesday’s game shortly. 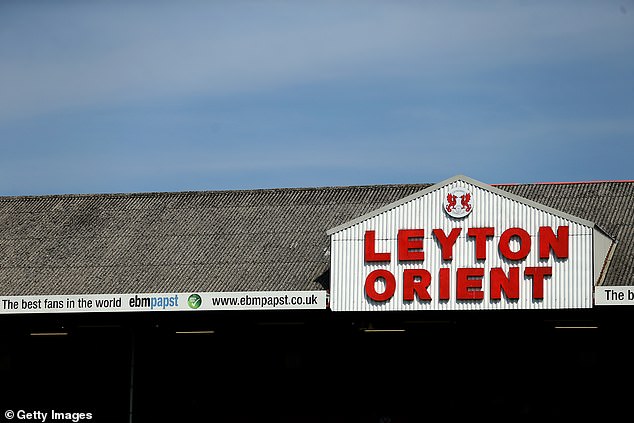 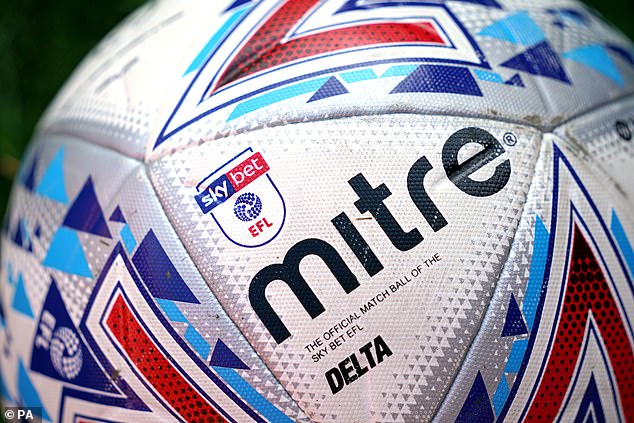 The League Two club have informed Spurs, who they play in the Carabao Cup, and the EFL

EFL rules for non-fulfilment of fixtures

5.1 A Club which is unable to fulfil its obligation to complete a Competition match in Round One to (and including) Round Four due to either:

5.1.1 that Club’s Player(s) having returned a positive CAT result and self-isolating in accordance with the action plan set out in the Return to Play/Return to Training Protocols resulting in the Club not having a sufficient number of Players to fulfil the fixture; or

5.1.2 any requirements or directions of the UK Government and/or by any public authority,

shall forfeit the fixture, pay the opposing Club’s expenses in accordance with Rule 5.8 and the opposing team shall receive a bye into the next round of the Competition.

‘Following our game on Saturday 19th September, Covid-19 testing was conducted on all of our first-team playing squad,’ the statement read.

‘Today (Monday 21st) we received formal confirmation which shows that a number of our first-team squad have tested positive for Covid-19.

‘Leyton Orient’s priority is the health and well-being of its players and staff. Those who have tested positive will now strictly follow government self-isolation guidelines.’

EFL clubs no longer have to mandatory test their players and staff for Covid-19 on a weekly basis like is still the case in the Premier League.

But ahead of the midweek tie with Spurs, Orient tested their squad and staff and have recorded ‘a number’ of positive results which now puts Tuesday’s game in doubt.

The statement continued: ‘We have also informed Mansfield Town, Plymouth Argyle and Oldham Athletic, our three most recent opponents, prior to the public release of this information.’

EFL rules state that a club which is unable to fulfil its obligation to play due to positive covid tests may have to forfeit the fixture, pay the opposing club’s expenses, who will receive a bye to the next round.

The breaking news comes after Tottenham announced that they would auction their signed match shirts from the game.

Proceeds from the auction were to go to the JE3 Foundation, set up in memory of former Orient manager Justin Edinburgh, who died of a heart attack last year.

Edinburgh played for Spurs between 1990 and 2000, appearing 276 times for the club. He won the FA Cup and League Cup during his time at White Hart Lane. 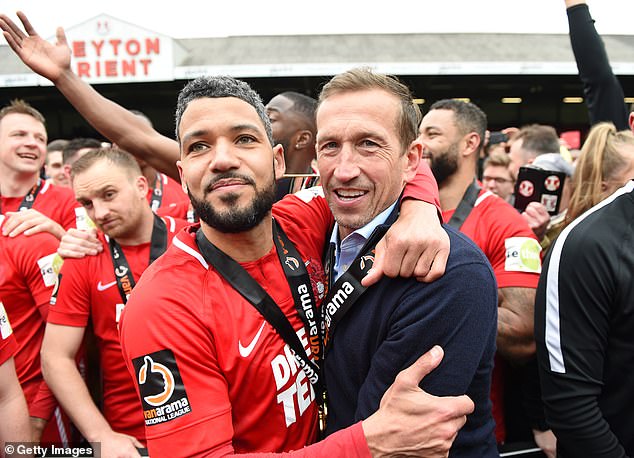 The JE3 Foundation was set up by Edinburgh’s son Charlie aiming to support heart charities and to campaign for legislative change – Justin’s Law – to make it compulsory for all health, fitness and sports facilities to be equipped with a Public Access Defibrillator (PAD).

Tottenham are scheduled to play at Brisbane Road tomorrow night as Jose Mourinho looks to win silverware for a club that has long missed out on the top prizes.

Spurs got their Premier League season up and running this weekend with a 5-2 win over Southampton at St Mary’s Stadium, with attacker Heung-min Son bagging four goals.

Last season, the Premier League club crashed out of the competition to Colchester United, as Mauricio Pochettino’s spell at the club began to unravel.

CANELO ALVAREZ is staying is looking ripped despite the uncertainty surrounding his future.

The four-weight boxing champ was set to fight Avni Yildirim for the WBC super-middleweight world title.

But those purse bids have been pushed back to October 6. Yildirim was KO’d by Chris Eubank Jr back in 2017.

And the Mexican has plenty going on outside the ring – he is is suing promoter Oscar De La Hoya’s Golden Boy and streaming service Dazn.

The 30-year-old signed an 11-fight £280million contract in 2018 – lauded as the richest in sport – but is alleging a breach just three fights in.

Despite the distractions, Canelo showed he is still keeping in shape ahead of his next fight.

He uploaded a shot of him in a boxing ring displaying his impressive abs, captioning it “just keep going”.

Canelo, 30, has not fought since moving up to light-heavyweight in November, where he knocked out Sergey Kovalev to take home the WBO belt.

The Athletic have obtained a copy of the civil complaint from Canelo filed in LA at the US district court for the central district of California.

Tyson is a BETTER fighter now and could take on AJ and Fury, claims trainer

The dispute centres around the payment of the £27m he is guaranteed per fight.

And in a statement given to The Athletic, Alvarez said: “I’m the pound-for-pound No1 in the world.

“I’m not scared of any opponent in the ring, and I’m not going to let failures of my broadcaster or promoters keep me out of the ring.

“I filed the lawsuit so I can get back to boxing and give my fans the show they deserve.”

The four-weight world champ’s lawsuit claims Golden Boy Promotions and Dazn have caused a minimum of £216m of damages.

In the 24-page document, Alvarez is suing for breach of contract, intentional and negligent interference with a contract, fraud and breach of fiduciary duty.

The India captain’s side were disappointing in 2019, finishing in last place, and will look to show their intent to do better this term against David Warner’s SunRisers.

The IPL was originally scheduled for March, but was moved to the United Arab Emirates due to coronavirus.

What time does SRH vs RCB start?

What TV channel is SRH vs RCB on and can I live stream it?

BOWLING A MAIDEN OVER AGAIN

Count backwards from 1,000 in increments of seven to distract yourself from pain, study