One of the crazy dysfunctions of the post-1997 Labour governments was that the simmering feud between two big beasts meant then prime minister Tony Blair was locked out of budget deliberations and would be lucky to see the result of the his chancellor Gordon Brown’s work until the day before the speech.

It is going to be very different with Boris Johnson, who wants full control.

Sajid Javid was looking forward to delivering his first budget on March 11, fulfilling the manifesto commitments, with a more reforming budget in the autumn. 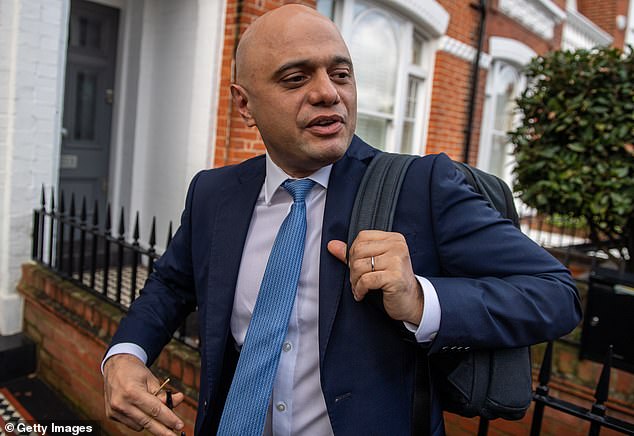 Sajid Javid was looking forward to delivering his first budget on March 11, fulfilling the manifesto commitments, with a more reforming budget in the autumn

No 10 had been concerned that Javid and his advisers have been captured by Treasury orthodoxy, hence weekend leaks about plans for curtailing pensions tax relief and a recurring tax on high-value properties.

One must now assume that the leaks served their purpose and the proposals have been killed stone dead.

As significantly, bond rates climbed to 0.65 per cent, an indication that there is likely to be even more fiscal ballast in the budget than had been lined up by Javid.

Big infrastructure decisions have already been taken on Huawei, HS2 and buses.

One suspects there is more to come. But if Johnson and Sunak are thinking of borrowing from the Donald Trump playbook, they will know that tax cuts can be very effective in bolstering output.

Sunak is fortunate. Austerity may have led large sections of the country to feel poorer, but at least they are in work. Coronavirus notwithstanding, many sectors of the economy, from housing to services, have perked up since the election.

The Treasury is swapping a former Deutsche investment banker for a veteran of Goldman Sachs with its long history of delivering public policy makers.

There is sadness about Javid’s short service but disquiet still at No 10 over his biggest decision – the choice of Andrew Bailey to take over at the Bank of England.

Elsewhere, Alok Sharma displaces Andrea Leadsom as Business Secretary. It would be nice to think that Sharma will be more robust in defending firms such as Cobham from overseas marauders.

Barclays has struggled to find the right chief executive. The transition from the days when descendants of the founding Quakers stealthily climbed to the top, to the appointment of talented outsiders, has not been smooth.

In choosing Jes Staley, it made a good judgment for investors, although they have yet to be rewarded with a share price recovery.

He brought Wall Street glitter and forcefulness with him. When a whistleblower went after one of his former JP Morgan colleagues (transferred to Barclays), Staley foolishly took on the complainant.

We have known for some time that Staley was a business and social associate of the disgraced financier Jeffrey Epstein. What wasn’t recognised was that the relationship extended beyond his years at JP Morgan.

The Barclays board satisfied itself that Staley had disclosed all they needed to know about Epstein. City regulators are less convinced and have launched their own probe.

Against the odds, Staley has demonstrated that a European investment bank can deliver in a pool dominated by the Americans.

In a low interest rate environment he has managed to produce better financial outcomes than the market expected. Only the promise of a 10 per cent return on equity in 2020 may prove tricky.

Reality for Staley is that one regulatory misstep was excusable. But the fresh probe, even if Staley has done no wrong, is too many. New chairman Nigel Higgins will be casting for a successor without any known sign of a dynastic candidate.

Numbers of British Gas customers may still be falling, but the group’s broader retail offer is gaining traction on both sides of the Atlantic.

Selling exploration and production should future-proof the balance sheet but offloading Centrica’s 20 per cent stake in nuclear is more tricky. But at least the die has been cast.

Pound jumps after Rishi Sunak moves in to No.11 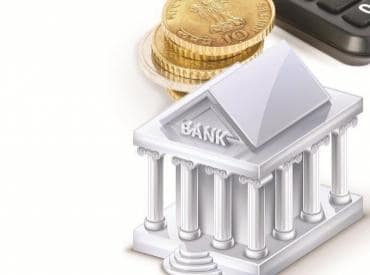 The pace of non-food credit dispensed by banks in India decelerated to 7.3 per cent, on a year-on-year basis, in February 2020 from 13.2 per cent witnessed in February 2019.

Bankers said the tepid credit off-take was reflection of elongated economic slowdown and demand. The lock-down announced to battle COVID-19 has created severe economic disruption, pushing loan demand down further in March 2020. Normally, the growth in last month of financial year gathers traction as business and corporates increase use of credit limits before closing books.

Banks pointed out that slowdown in credit to NBFCs should not be construed as reduced support to liqudity chalelnged sector. Infact, banks are extending helping hand by purchasing loan portfolio especially of retail and SMEs from finance companies to manage tough days. Last week videos showing migrant labourers crowding Anand Vihar bus terminus in Delhi or walking hundreds of kilometres to return to their villages went viral after the March 23 announcement of a nationwide 21-day lockdown. Before that on March 20, the Indian Railways issued instructions to zones that no passenger trains will originate from any railway station in the country from 7 am to 10 pm on March 22 because of the Janata Curfew that Prime Mi­nister Narendra Modi announced.

That day, Maharashtra, too, an­n­oun­ced that all non-essential services in Mumbai Metropolitan Region, Pune, Pimpri-Chinchwad and Na­gpur would be closed till the end of March. This caused thousands to flock to Mu­m­bai railway stations to catch that last train home or at least closer to it.

Though the Indian Ra­il­ways is a national transpo­rter with its 67,368 kilometre of route network, it conducted no consultations with the state governments on how people would move long distances. Later the suspension of passenger train operations was ex­tended to March 31 and then till the end of national lockdown period on April 14.

The Indian Railways was not the only transporter to close passenger operations.

International flights into India were cancelled from March 22. Ten days earlier, the Indian government had cancelled all visas except in certain categories. Airlines had curtailed foreign op­erations before that and cancelled domestic passenger operations from March 25.

Road transport, however, was the first to see curtailment of operations, but these were more local in nature, primarily to stop movement within the states. The Punjab government, for instance, halted all public transport from March 20 even before the Centre decided to stop railway and airline passenger services. India’s fourth Covid-19 casualty was from Punjab. The same day Tamil Nadu closed its border with Kerala. Karnataka, too, followed up by closing border with Kerala on March 22. Kerala was the first state to report a Covid-19 positive case in January. By the time, the number of countrywide cases reached 151, the ministry of road transport and highways on March 20 asked the states to minimise travelling by public and consider refunding fares for advance bookings.

The initial approach followed by the Indian Railways and airlines was to cancel services on those routes where the occupancy was low. For commercial airlines, it didn’t make sense to fly to, say, China, Italy and Iran, that reported initial Covid-19 casualties, because business travellers had stopped going to these countries anyway. Besides, their staff was risking exposure to the virus by travelling to those destinations.

The Railways, too, started cancelling low occupancy trains in view of the pandemic. This approach ran contrary to the messages of social distancing and avoid crowding being promoted by both the government and the health experts. It shouldn’t have followed the same approach as airlines for two reasons. One, it is the crucial lifeline for long-distance travellers, especially for those who do not have airports in their city or cannot afford flights. Second, it should have ensured that trains weren’t crowded during the peak period; instead it could run more trains just as it does for Holi and Diwali. “Running two-three trains for four-five days would have saved harassment. It was an unplanned situation,” says Shanti Narain, former member (traffic), Railway Board.

Narain says trains should have been allowed for about two to three days after the lockdown. Since railway ticketing is computerised, it is possible to know for which places there was a rush for tickets. “For instance, if there were 5,000 people who needed to go to Uttar Pradesh from New Delhi, you could have ensured that people reach their destination,” he says.

Even the normally efficient Delhi Metro Rail Corporation took decisions that dangerously contradicted the social distancing norms. On March 19, it curtailed its services even though its occupancy was already down by then since many offices in the National Capital Region had instituted work-from-home orders. This meant that even the smaller numbers of passengers were accommodated in fewer trains. Delhi Metro’s average daily ridership is over 5 million.

The Mumbai suburban services took a more cautious and gradual approach. It first shut air-conditioned services from March 20 since the Covid-19 infection is more likely to spread in closed surroundings. The total number of trains remained the same but with frequent changes in the Union government’s approach and the announcement of the national shutdown caused suburban services to be discontinued.

Commuting within the country whether inter-state or intra-state and within cities has come to a halt even for those who provide essential services. With manufacturing units shut and construction activity stopped, jobless labourers find it hard to sustain themselves in cities even as many richer Indians could afford air fares to fly back home by March 24.

While the Delhi, Bihar and UP governments quibble over taking responsibility for the stranded migrant labourers, lack of coordination in transportation and decision-making has made a mockery of the vital need to contain the community spread of Covid-19, especially in rural areas where basic medical facilities are poor.

This crisis not just reflects poorly on India’s inter-state transport services, it also shows how a vulnerable section of society has been left out in the planning for a nationwide lockdown. 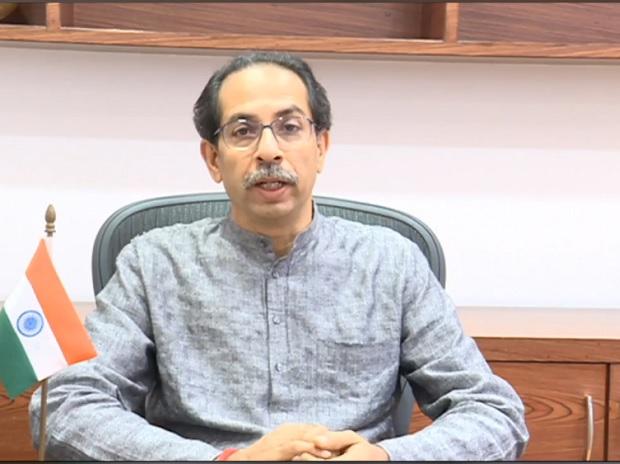 Maharashtra Chief MinisterUddhav Thackeray said on Tuesday that there was no question of salary cuts for government employees, but it will be paid in installments so that financial situation remains under control.

Earlier in the day, finance minister Ajit Pawar had announced salary cuts upto 60 per cent for government employees, but later he clarified that salaries would not be slashed but only paid in two installments.

In a live webcast, Thackeray praised the frontline workers (government doctors and others) in the fight against the coronavirus pandemic, and said there was no question of slashing their salaries.

“There will be no salary cut. Due to the coronavirus crisis, an economic crisis is expected. To ensure that things do not go out of hand, salaries will be paid in installments,” he said.

“Police, health workers, sanitation workerswill be given a priority in the disbursement of salaries. I request cooperation in this regard,” Thackeray said.

He also said that the number of coronavirus patients in the state has risen steeply because more and more people are being tested. Eighty-two new patients were detected on Tuesday, taking the number in the state to 302.

“The number of people getting cured is also substantial,” Thackeray said, adding, “we will win this war against the virus”.

Some areas of Mumbai were needed to be sealed as a precaution after coronavirus patients were found there, he said.

“If you haven’t undergone thermal screeningat the airport after you arrived from abroad, pleasecome forward. Don’t hide your travel history,” he said.

The chief minister also urged private doctors not to close their clinics.

“There is no shortage of ration andessential goods….Have faith in the government,” he added.

Married At First Sight: Inside the secret first reunion that NEVER made it to television