A disgruntled customer has blasted McDonald’s because he claims the Quarter Pounder he ordered from the restaurant was completely raw.

The Brisbane man ordered a burger meal at a restaurant in Helensvale, northwest Queensland, when he found ‘bleeding beef’ after taking one bite on Wednesday night.

‘Anyone else tried the new McRaw burger yet?’ He wrote on Facebook alongside pictures of the relatively untouched patty with bright pink meat. 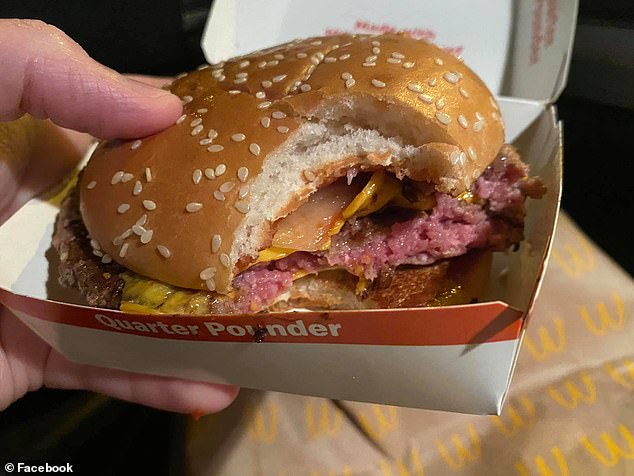 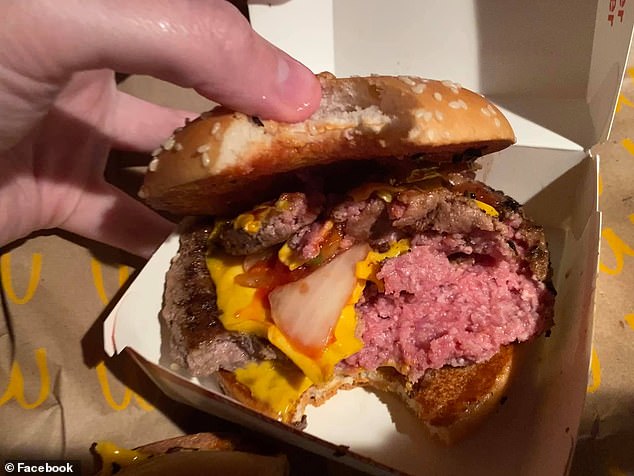 After peeling back the bread, he looked down at the patty and discovered that it hadn’t been cooked all the way through.

‘Tad underwhelming to be honest,’ he said.

The horrified customer reportedly did not receive a refund for the undercooked meal but he ‘got a free apple pie’.

‘We are disappointed this has happened and encourage the customer to contact us to help us investigate the situation fully.

‘We take food safety very seriously and have strict processes and systems in place to be followed at all times.’ 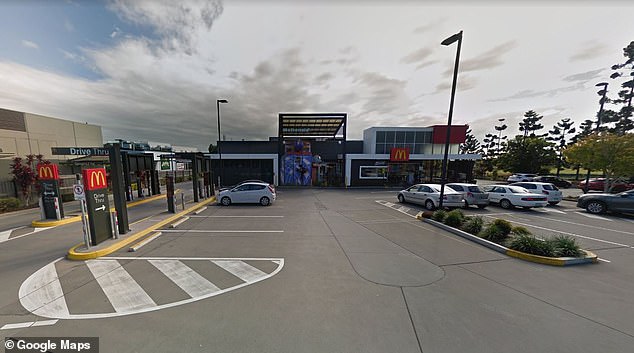