Getting on the housing ladder later in life means a third of homeowners are now unsure whether they will be mortgage-free when they retire.

Among homeowners under 40 years old, 45 per cent said they bought their first property ‘much later’ than they had expected, compared to 29 per cent of those over 40.

The increase in the average age of first-time buyers has meant that 32 per cent of mortgage holders now say they are either unsure whether they will pay off their loan by retirement, or have already ruled it out. 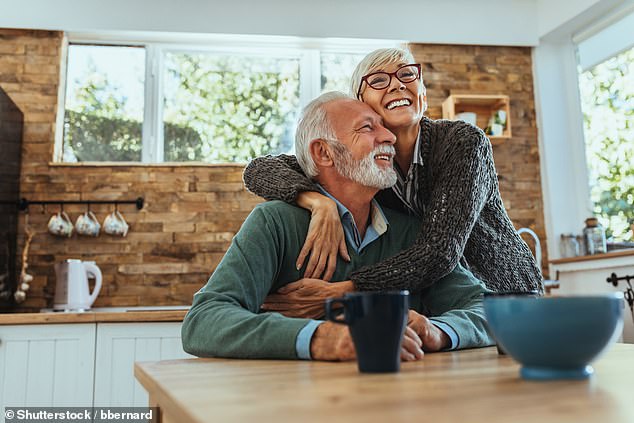 Debt-free dream: Paying off a mortgage by retirement is set to become increasingly uncommon, according to new reserach by industry body the Equity Release Council

One in five said the idea of retiring mortgage-free was ‘unrealistic’.

This was according to fresh research by the Equity Release Council, which represents lenders offering ‘lifetime’ mortgages to those wanting to access cash tied up in their home.

The research also highlighted a change in attitudes towards carrying debt in to later life.

Almost a quarter of the 5,000 homeowners surveyed said they did not mind if they were still paying off their mortgage past retirement age, while nearly half believed their generation’s attitude to debt in later life was more accepting than their parents’.

Despite getting on to the ladder in later life than previous generations, younger homeowners still had more help raising a deposit than their parents.

The research found that 43 per cent of mortgaged homeowners under the age of 40 relied on financial help from family or friends to buy their first home, compared to just 23 per cent of those aged 40-plus. 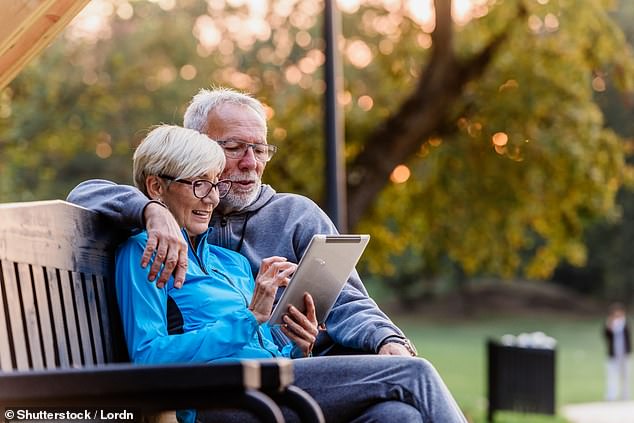 Paying a mortgage in retirement is no longer a taboo, according to Jim Boyd of the ERC

The majority – 70 per cent – of mortgaged homeowners felt comfortable with their current level of mortgage debt, rising to three in four of those aged 50-plus.

Jim Boyd, chief executive of the Equity Release Council, said: ‘There are clear signs that paying a mortgage in retirement is no longer a taboo: for many people it can make the difference between financial hardship and enjoying a more comfortable lifestyle while also supporting family members.

‘The ability to use property wealth to improve your retirement experience is a choice many homeowners have earned through years of paying a mortgage and building an asset.

‘Lifetime and retirement mortgages allow people to make the most of property as a source of wealth as well as a home.’

Retiring with a mortgage: What are the options?

With people saving less into their pensions than previous generations, and company schemes becoming less generous, owning a home could become increasingly important as a way of funding later life.

And in some cases, homeowners do not need to have paid off their mortgage in full in order to access the equity tied up in their home.

Stephen Lowe, group communications director at retirement mortgage lender Just Group, said: ‘People need to stockpile money while working to use in later life, but with many not paying enough into their pensions it is likely the value of property is going to play a bigger role in generating retirement cash.

‘The (median) amount of wealth in active or preserved pensions for people aged 55-64 was just over £91,000 according to official figures up to 2018, which suggests income from private pension wealth will be relatively modest.

‘However, with an average property price of around £250,000 currently and about three-quarters of retirees owning their own homes, there is scope to see the home as a financial ‘power pack’ in later life.’

The Equity Release Council research found that people felt taking out a mortgage in later life could benefit them.

However, it also identified confusion among younger homeowners about what mortgage products were available to them in later life, with 42 per cent of under 40s saying they did not understand their options.

This is Money outlines the options for using a home to access money for retirement.

More banks are now happy to give an ordinary mortgage to older borrowers.

Leeds, Monmouthshire, Leek and Vernon building societies all have a maximum age of 85 at the end of the term.

Nationwide has a maximum age of 75, or up to 95 if the loan does not exceed 50 per cent loan to value. 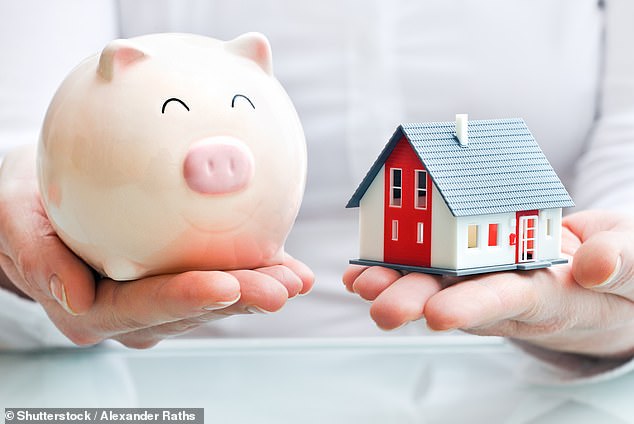 This means homeowners could potentially remortgage at a higher loan-to-value and use the extra money to fund their retirement, as long as they could still afford the repayments.

Rates do not differ depending on age.

Retirement Interest Only mortgages are the newest addition to later-life borrowing options. You have to be over 55 to apply and most lenders restrict the amount you can borrow to between 50 per cent and 70 per cent of the value of your home.

You pay only the interest, which makes the mortgage more affordable for borrowers in retirement.

The debt does not have to be repaid until the last homeowner dies or moves into long-term care.

It can be repaid sooner, penalty free, if the mortgage deal has expired. Some lenders offer overpayment features.

RIO mortgages are useful if you still have a traditional mortgage but you have given up work and want a cheaper option.

Equity release loans, also known as lifetime mortgages, can help homeowners access cash from their home to use for anything they like.

This could be used to repay any outstanding mortgage debt, fund retirement or to help loved ones onto the property ladder, for example.

You must be over 55 to apply, but the loan does not have to be repaid until the last borrower dies or moves into long-term care.

There are no repayments: instead, the interest builds up and is added to the loan. While rates are still higher than traditional mortgages, they have reduced substantially in recent years and can now be lower than 3 per cent. 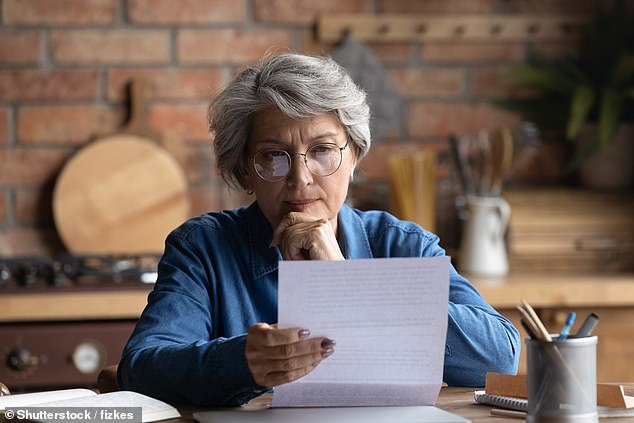 While borrowers who took out equity release loans historically saw interest quickly pile up, modern equity release mortgages have features such as optional interest payments and the choice to repay the loan penalty-free if a joint borrower dies.

However, as the loan involves taking out a new mortgage on their home, borrowers will need to have paid off the majority of their existing one to take advantage.

If you have owned your home for some time, its value may have risen.

Equity release: How it works and advice

This is Money has partnered with Age Partnership, independent advisers who specialise in retirement mortgages and equity release.

Age Partnership compares deals across the whole of the market and their advisers can help you work out whether equity release is right for you – or whether there are better options.

Age Partnership’s advisers can also see if those with existing equity release deals can save money by switching.

>> Find about equity release and get a free no-obligation guide

You can sell it and use the equity built up to repay the home loan and buy a smaller property.

This may also leave borrowers with money to help fund their retirement.

Customers are being urged to consider all of the options and to seek professiona advice before making a decision.

Andrew Morris, senior equity release advisor at broker Age Partnership said: ‘As everyone’s situation is unique, product choice and flexibility is crucial to ensure that they can find a solution that best fits their individual needs.

‘The vast majority of clients that I speak to do have some mortgage debt. Many of these people want to put an end to their monthly repayments, some just want peace of mind that the mortgage is taken care of in case their health deteriorates.

‘I explore the different options available, such as downsizing, RIOs, a standard mortgage designed for those in retirement, or equity release. It’s about finding the right solution for each person.’