How to split pensions in a divorce: Law for Life launches free guide
Advertisement

How accidental damage claims have surged in the pandemic

The most sought after job perks of 2021 revealed

What's on the small business Budget wish list and what's likely to happen?

Huge surge in Britons investing in cryptocurrencies like bitcoin

A free guide for estranged couples needing to sort out their finances in divorce was launched by the charity Law for Life this week.

A Survival Guide to Pensions on Divorce, available to download here, runs through the key points couples should know and includes real-life examples and links to sources of help.

Pensions are often a divorcing couple’s second most valuable asset after the family home, and are sometimes worth even more, yet are frequently overlooked in financial settlements. 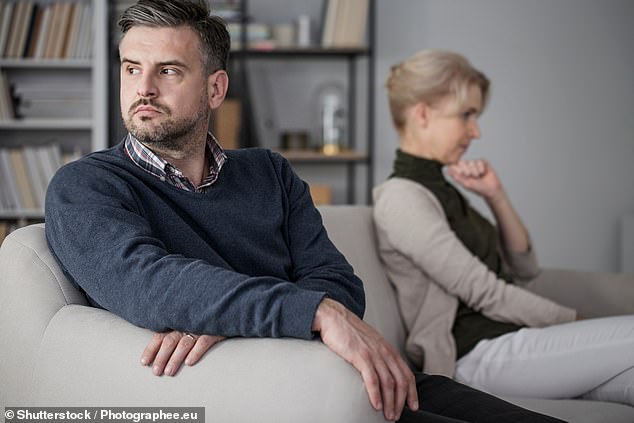 Splitting  up: Pensions are often a divorcing couple’s second most valuable asset after the family home

Divorcing women in particular can forfeit thousands of pounds if pensions are not included in a settlement, as pay inequality and taking time off to bring up children impede their ability to provide for old age.

Couples often focus on splitting property and savings, and anecdotal evidence suggests women often prioritise keeping hold of the family home to provide stability for children over dividing pensions, because they don’t fully understand their value.

Law for Life, an education and information charity, wrote the new guide with the help of the Pension Advisory Group, a group of top lawyers who previously wrote a handbook for legal professionals on the same topic.

However, this time they focused on creating a clear step-by-step manual for couples themselves. Both projects received funding from independent research group the Nuffield Foundation.

Hilary Woodward, chief executive of PAG, says the new guide spells out in an easy-to-read format what couples should be aware of when thinking about their financial arrangements after divorce.

‘Pensions have too often been a no-go area – too complicated, too far in the future, or just downright dull,’ she says.

‘But pensions are often one of the couple’s most valuable assets, and ignoring them on divorce risks putting you in poverty in later life, particularly for women.’

This is Money recently wrote about how to make a clean financial break in a divorce and the pitfalls to avoid, which covered pensions among other issues.

Experts say there are three main options when dealing with pensions in a divorce – offsetting their value against other assets, sharing them on a clean break basis, and one partner earmarking some of the income to be paid to an ex-spouse after retirement.

A new law making it quicker and easier to divorce was passed last summer and will take effect later this year, but it’s still important to sort out marital finances properly rather than rush through it.

A Survival Guide to Pensions on Divorce might be useful reading for people who struggle to afford a lawyer when they divorce, although it is still advisable to get professional help if possible.

We explain ways to reduce, defer or pay your legal fees in a divorce if you have little or no money here. People who have suffered abuse may qualify for legal aid.

The Law Society has a search tool which helps you to find solicitors specialising in family and divorce issues.

There is a filter that allows you to narrow your search to local firms that take cases funded by legal aid.

THIS IS MONEY PODCAST

Lenders start to reduce rates for 10% deposit mortgages – but will they continue to head lower?