If you’re trying to prevent a nearby housing development or a neighbour’s extension, there may be a little known and often overlooked element that could help your case.

By the same token, if you want to add an extension to your property and ensure that your plans are not blocked by a neighbour, this may be something you need to know about.

The issue centres on whether a homeowner has a legal right to light, which means that you have a right to receive light in your property, through existing windows and doors.

This can be a separate issue to planning and affect your extension or a neighbours’s even if planning permission has been granted. 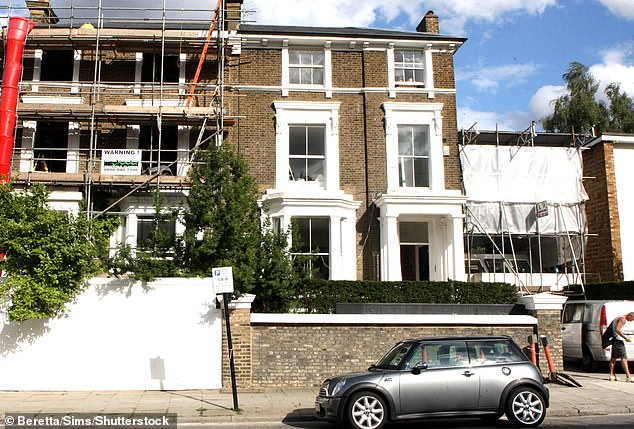 Homeowners have a legal right to light, which can stop a neighbour building an extension

If you are looking to stop a development next door or close by, you can raise the issue of how it would adversely affect your light as part of your objection with the planners as a first step – and this is the case even though the law says you have not yet acquired a legal right to that light continuing.

However, the planners may not respond in the way that you had hoped and so it may be something you need to raise directly with the developer, preferably through a solicitor.

We spoke to Stephen Gold, a retired judge and author of ‘The Return of Breaking Law’ about how a right to light can be used effectively, including how to communicate with anyone whose development may block your light.

Do you have a right to light?

Many of us do without knowing it, according to Mr Gold. However, he suggests checking you title deeds before cracking open the champagne as they may exclude it, particularly if you live on an estate.

The right is most commonly gained by natural light coming through any window of your property for an uninterrupted period of at least 20 years.

Mr Gold explained: ‘The light enjoyed by previous owners will count towards that period. There’s nothing to be formally done once the 20 years have been clocked up. Just carry on enjoying.’

How much light counts?

A right to light can prove to be a big deal for homeowners if plans would adversely affect their enjoyment of their home.

Equally, your neighbour may enjoy a right to light through their windows, which could scupper any plans for development on your land.

Building an extension or a brick wall might interfere with their light.

Mr Gold explained: ‘A trifling reduction in the volume of light to a particular room would not justify a complaint.

‘Before you could expect the law to come to your aid, you would have to show that the interference to your light would be substantial. How much natural light would be left if there was interference and would that be enough for the comfortable use and enjoyment of your property?

‘The current and intended future use of an affected room and the nature of the locality would be relevant. If a dispute about threatened development got serious, you would need to be backed by an expert surveyor to have a realistic prospect of victory.’ 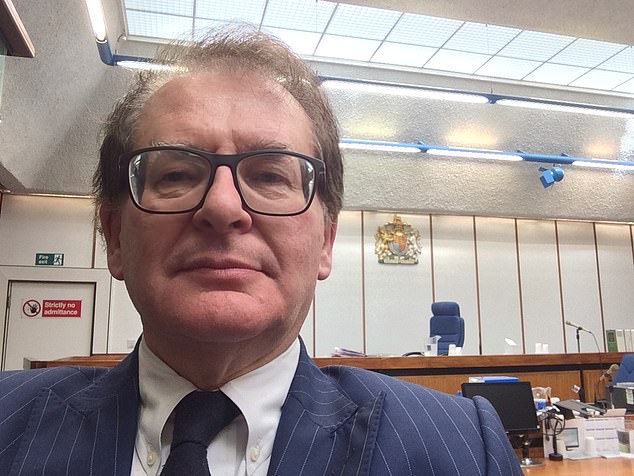 ‘A trifling reduction in the volume of light to a particular room would not justify a complaint,’ explains ex-judge Stephen Gold

Is the right to light totally separate to planning?

Planning permission may be granted although the development would interfere with a right to light that has been acquired after 20 years.

On the other hand, when deciding whether to grant planning permission, some local authorities may take into account an interference with light whether or not the objector has clocked up 20 years – although you cannot rely on that.

But the fact that planning permission has been granted does not prevent the owner of the affected building from seeking to stop the development through the court provided they have clocked up their 20 years and have acquired a legal right that would be substantially affected.

Can planning permission still be granted and people still use the right to light to stop work that has planning?

Yes, this is the case, according to Mr Gold.

How do you stop interference?

It is essential to communicate with whoever is proposing to take away your enjoyment of the light.

If it is your neighbours then a personal approach is often the best course of action to maintain good relations, but you will also need to send something in written form to make your complaint official.

Mr Gold recommends emailing something along the lines of the following: ‘I’ve seen your plans. I have a legal right to light through certain of the windows of my building opposite. Your development would infringe it, and this would amount to a legal nuisance. If you fail to confirm to me within 14 days that you will abandon the development, I will apply to the court for an injunction to prevent it.’

It may well be possible to negotiate revised plans, which would not interfere, or a cash settlement to ease the pain, according to Mr Gold.

How the right to light can have a big impact

Mr Gold outlines a case involving a Leeds man who had a right to light that was going to be substantially reduced by a redevelopment opposite to his building.

Two more storeys were going to be added to an existing five-story block.

Mr Gold said: ‘The Leeds man attempted to engage the redevelopers to reduce the scheme, but no resolution was reached, and the redevelopment went ahead. He took the enormous risk of not going to court before completion.

‘It was the redevelopers who did that in asking for judicial blessing to the completed scheme by way of a declaration that the Leeds man had lost all legal remedies by not taking proceedings.

‘The Leeds man belatedly counterclaimed for his injunction and compensation. The judge decided that the light interference was so significant that the redevelopers should remove two-thirds of the sixth and seventh floors. They had pressed on regardless of the fact that they knew the man was opposed to what was being done and how it would affect his property. The redevelopers lodged an appeal but it was never heard as the parties came to an acceptable deal.’

That is by registering a light obstruction certificate with the local authority under the Rights of Light Act 1959.

The certificate is applied for to the Upper Tribunal (Lands Chamber) at a cost of £1,320. This may be considered value for money as it stops the 20 years running up. It is tantamount to an interruption and means that the neighbouring property owner has to go back to square one and restart counting up to 20 years.

Who gets one of these certificates?

It is the interrupter – the owner of the property who may wish to develop in the future and so who wishes to prevent their neighbour from acquiring a right to light. They seek a certificate before 20 years’ of continuous light enter the neighbour’s property and so interrupt the 20 years.