Reactions as Maria Chike shows off mother and sister (Video) 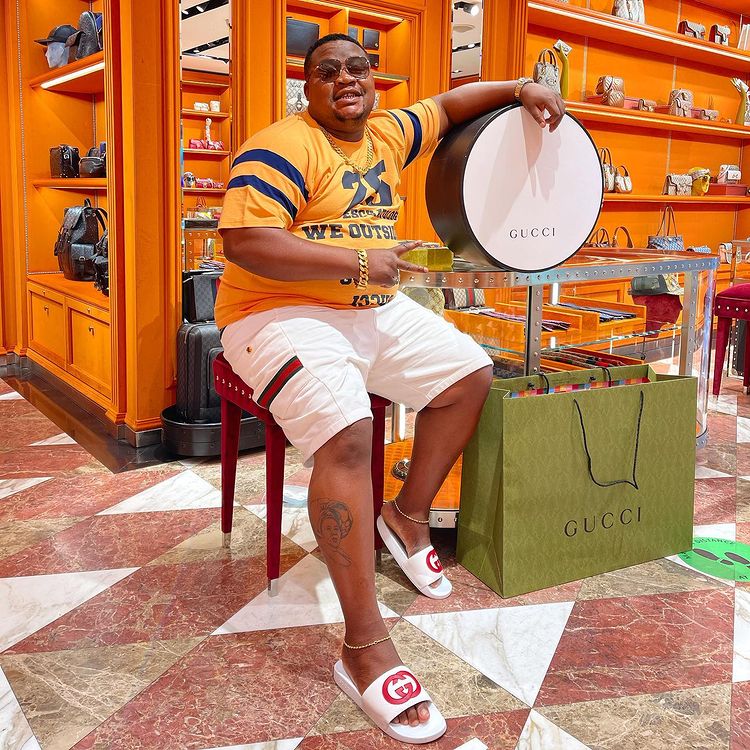 This is coming following the steaming escapade between the actor, and the married housemate that has since trailed reactions on social media.

According to Cubana Chief Priest, Boma made a wrong move by getting in bed with Tega and worst of it all, saying ill comments about her to other housemates. 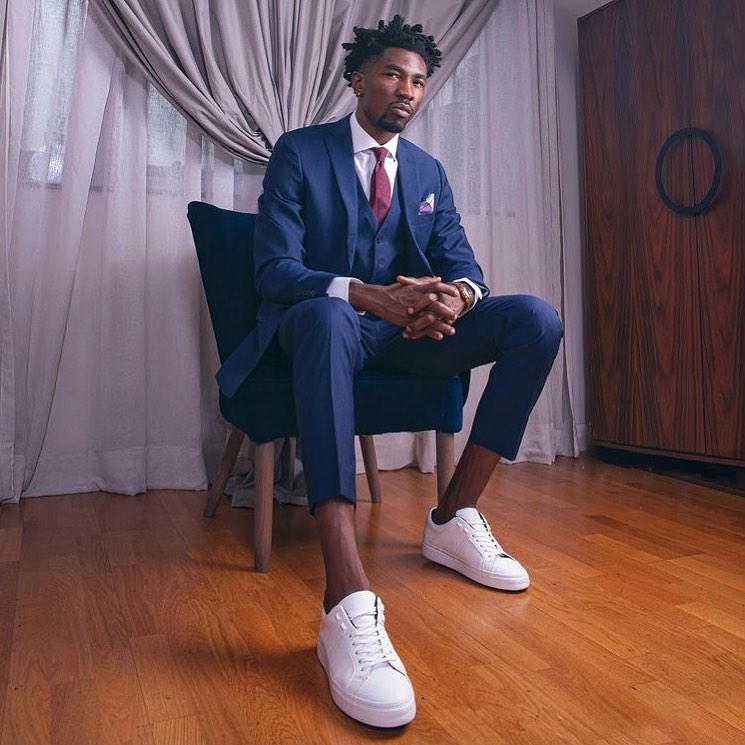 “How Will You Comfortably F***k A Married Woman, Then Publicize it And Above All Humiliate And Berate The Woman N Her Husband Saying Their Pu**y Smells Like Fish. The Punishment Of F***kin A Married Woman Knowingly Is Deep Even King David God Most Beloved Was Punished Severely By God For Doing It, His Child Died And His Wives Cheated On Him Rapidly, Dear Young World Try Avoid Married Woman Don’t Ever Be Heartless Like Boma.,’ he wrote in a post. 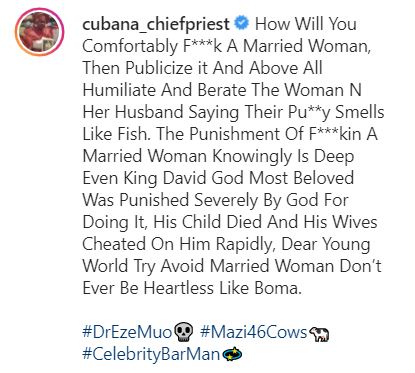 #BBNaija: Why I don’t like Boma anymore – Angel tells Biggie

#BBNaija: Boma and Angel engage in heated argument over kiss they once shared (Video)