James Bond actor George Lazenby, 81, swaps fast cars for a push bike as he goes for a cycle in LA

The Cannes Film Festival is considering a two-month delay as organizers hope to keep the festival going for 2021 amid the ongoing coronavirus pandemic.

The festival’s leaders are currently leaning toward dates somewhere between July 5 and 25, Variety reported on Thursday.

The storied festival, widely considered one of the most prestigious and influential in the world, was forced to cancel its 2020 edition after initially trying to postpone it until October 2020. 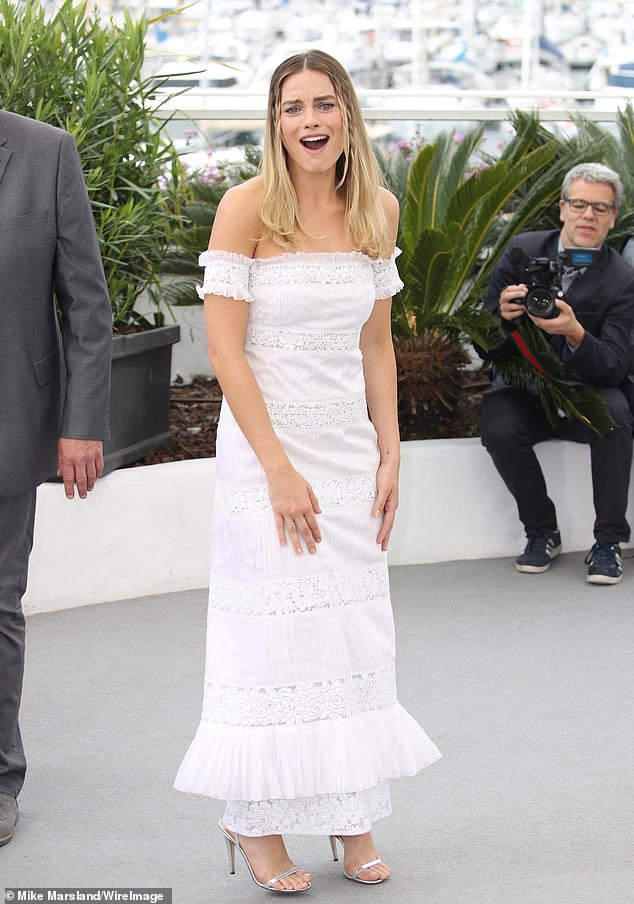 Rescheduling: The Cannes Film Festival, usually scheduled for May, is considering moving back to July 2021, Variety reported on Thursday; Margot Robbie seen at Cannes in May 2019

In addition to the regular film festival, in which guests and film critics sample some of the most highly anticipated international movies on the horizon, there’s also the Cannes Lions, an advertising festival that runs from June 21–25.

Cannes’ organizers had reportedly been considering a small move from May to June, but the dueling festivals wouldn’t have both been able to share the month.

A source connected to Cannes Lions said the festival wouldn’t be moving to October, as it had planned to do in 2020, before being canceled all together due to the pandemic.

Despite the advertising festival’s presence on the Croisette, Cannes organizers apparently think they would need only need as little as a week to set up the film festival. 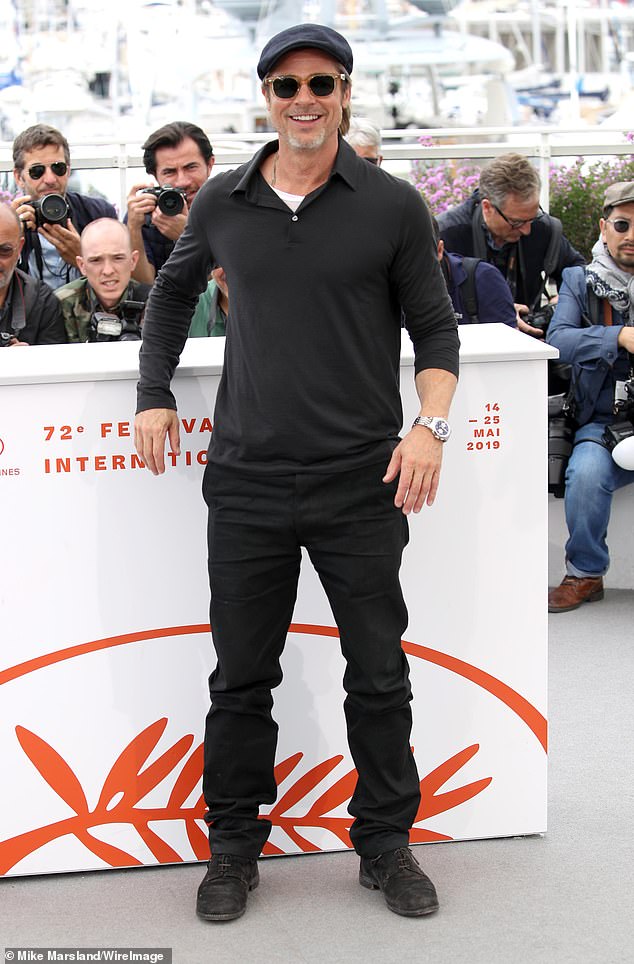 Advance notice: The syndicate of Cannes hotels, which would host many of the people attending the festival, were given a heads-up that the event was likely moving to July; Brad Pitt seen in May 2019 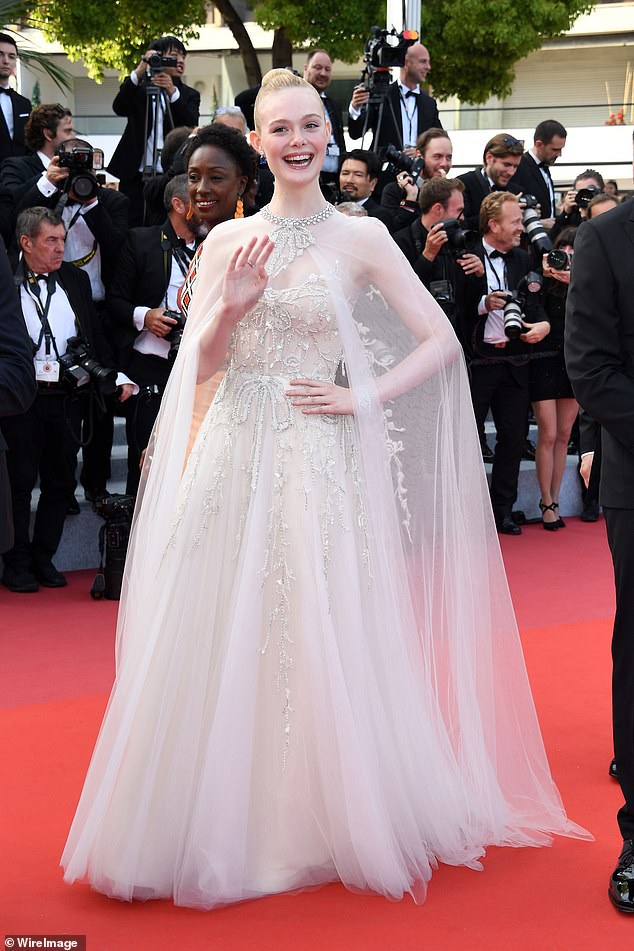 Good enough: ‘We’d much prefer if the festival happens in May, obviously, but we’ve said we’ll be happy to get prepared to welcome the festival in July; the dates we’ve agreed on are between July 5-25,’ said the owner of a hotel near the festival; Elle Fanning seen in May 2019

The syndicate of Cannes hotels, which would host many of the people attending the festival, were given a heads-up that the event was likely moving to July.

‘We’d much prefer if the festival happens in May, obviously, but we’ve said we’ll be happy to get prepared to welcome the festival in July; the dates we’ve agreed on are between July 5-25. So, the festival could start roughly around July 5, or a few days later,’ said the owner of a hotel near the festival venues.

A move to July would normally have left hotel owners up in arms, as the later summer months are prime vacation time for tourists looking to enjoy the French Riviera and its climate.

However, tourism is likely to be significantly decreased even by July due to the pandemic, so Cannes Film Festival guests will likely be able to book hotels without too much trouble.

July is still the most likely date for the 2021 festival, but organizers have also considered moving it back to August, though that could conflict with the Venice Film Festival, another high-profile event that competes with Cannes for prestige. 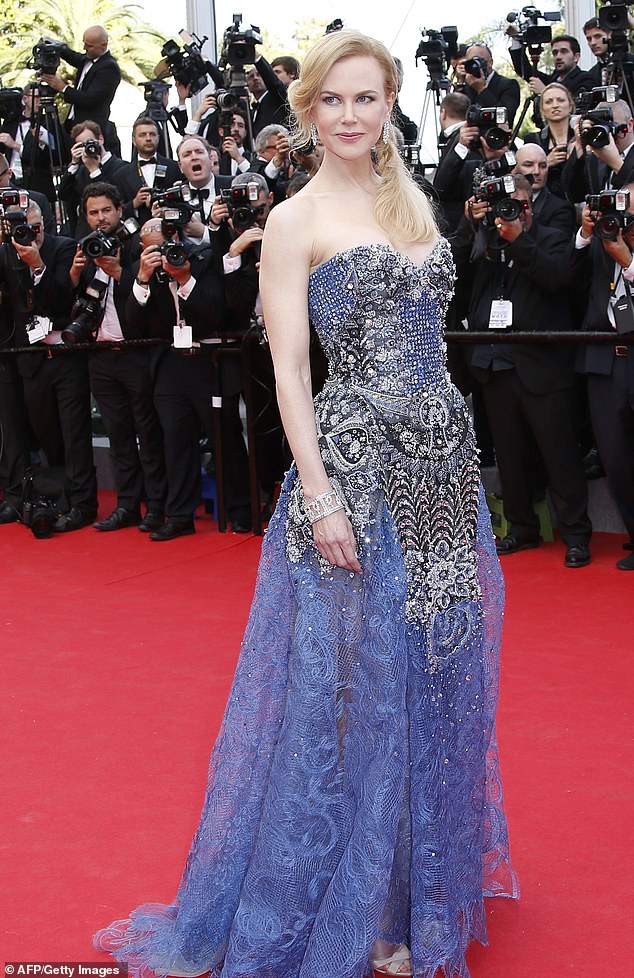 Ghost town: Hotels would normally be packed in July due to the summer tourist season, but there will likely be plenty of vacancies this year due to the pandemic; Nicole Kidman seen in 2014

Although Cannes was ultimately canceled due to the pandemic, the festival still unveiled its official selection, the list of films that would have played at the festival under better circumstances.

Due to the backlog of quality films that haven’t been screened or released amid the global health scare, Cannes Film Festival director Thierry Fremaux has proposed adding extra days to the festival with one at the start and one at the end of the proposed festival in order to screen more movies.

Though the traditionalists at Cannes seem determined to put on an in-person festival, other festivals have adopted to health challenges with virtual events.

The Toronto International Film Festival and the New York Film Festival were among the largest film gatherings to move to online streaming screenings for critics and virtual attendees, and the Sundance Film Festival will be replicating that experience later in January.

Some festivals have also offered drive-in showings to still allow moviegoers to see films on a big screen.