David Bowie predicted it all.

Back when the rest of us were struggling to type ‘LOL’ and ‘OMG’ into text messages, the pop chameleon foresaw the nightmare of social media.

‘I think the potential of what the internet is going to do to society, both good and bad, is unimaginable,’ he told Jeremy Paxman in a 1999 Newsnight interview.

‘It’s an alien lifeform…it’s just landed here. ‘We’re on the cusp of something exhilarating and terrifying . . . The content is going to be so different from anything we can envisage.’

Comedian David Baddiel unearthed the prophecy in Social Media, Anger And Us (BBC2), his pacy, punchy analysis of how online chat has stoked Britain into a constant seething rage. 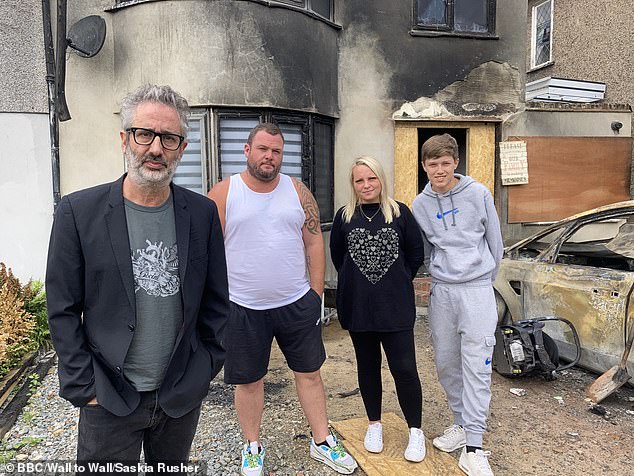 Baddiel opened his documentary by visiting a builder called Smithy and his family in Essex. They became briefly famous with a series of short, silly videos on TikTok

Sadly, he didn’t play the end of the clip, where Bowie revealed his contempt for the Prime Minister of the time, Tony Blair.

To collect a Brit award from Blair in 1996, Bowie had worn a dog collar and stiletto heels: ‘He didn’t notice.’

Labelling social media as an ‘alien lifeform’ is apt, because it constantly changes shape — and it casually destroys lives like a Martian with a ray gun.

SCENE STEALERS OF THE NIGHT: 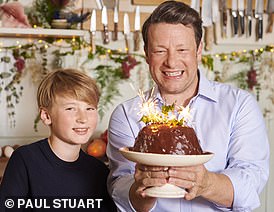 Jamie Oliver and son Buddy on Together at Christmas (C4)

Jamie Oliver was upstaged by his own children on Together At Christmas (C4).

‘Christmas is good for you,’ warbled River, five, after dashing in to blow out candles, while big brother Buddy helped with the pud by eating the candied oranges. Little stars.

Baddiel opened his documentary by visiting a builder called Smithy and his family in Essex. They became briefly famous with a series of short, silly videos on a social media app called TikTok — shots of family fun, bouncing on trampolines or splashing water about.

Those innocent images infuriated some viewers so much that, one night last July, two men firebombed Smithy’s car.

The blaze wrecked their house. Vitriol from the internet is spilling over increasingly into real life.

Baddiel’s 20-year-old daughter Dolly, talking for the first time about her battle with anorexia, said the poison online surrounding the illness affected her badly.

‘Social media made it much more difficult for me to recover,’ she said.

Her father admits he’s addicted to Twitter. He is unable to stop posting messages to his 787,000 followers, even though he sleeps better and feels happier when he stays away from the toxic site.

An MRI scan saw his brain light up with anxiety and paranoia as he was bombarded with Twitter abuse — real messages sent by strangers who despise him.

‘What exactly am I getting out of this,’ he wondered, ‘apart from lasting trauma?’

We’ve heard a lot about the threat social media presents through fake news. But what of the serious risks to an individual’s safety and mental health?

These sites are dangerous. They damage people. Facebook, Instagram and the rest are a kind of electronic drug, and they need to be treated as such.

Social media can do good, too, but when it comes to public health campaigns — raising awareness of the signs of cancer, for instance — TV does it better. 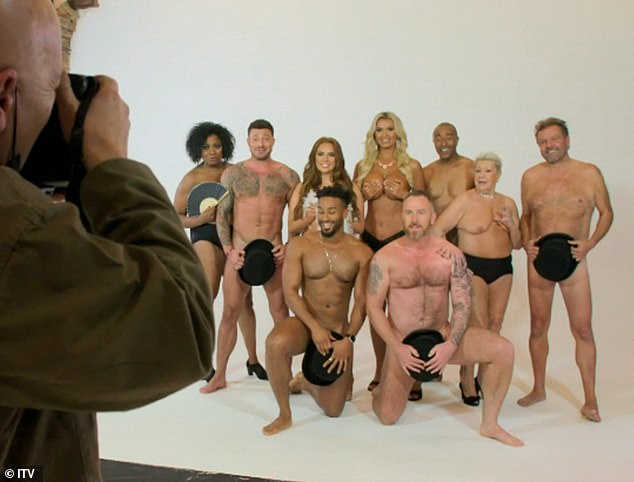 Great fuss is made about how reluctant some celebrities on Strictly The Real Full Monty (ITV) are to bare their bits, but the truth is some just can’t wait.

Ashley Banjo is back in Strictly The Real Full Monty (ITV) with another ten celebrities, stripping to encourage us to check our bodies.

Great fuss is made about how reluctant they are to bare their bits, but the truth is some just can’t wait. Former boy-bander Duncan James of Blue was sporting a faux leopard-skin thong almost before the opening credits finished rolling.

Some have survived cancer, others have lost loved ones to the disease, and all of them were getting emotional.

It’s hard to hide how tacky the basic concept is. When it boils right down, this is a hen night for a good cause.

Unless you enjoy seeing soap stars and Love Islanders jiggling like nightclub dancers, much of the show is weary viewing.

But anything that helps to save lives can’t be a bad thing.