Ulrika Jonsson, 53, jokes about 'kissing and having sex with strangers' after lockdown ends

Jessica Simpson beams in pic with daughters Maxi, eight, and Birdie, one

MAFS: Cameron Dunne's roommate Jessika Power speaks out on rumours he has an 'affair'

Ian Somerhalder stepped out on Wednesday with his wife Nikki Reed and their daughter Bodhi Soleil in Los Angeles.

The 42-year-old Vampire Diaries star and his 32-year-old partner of six years enjoyed a chilled out day with their three-year-old; they went for a hike before hitting up deluxe grocery store Erewhon.

The striking couple were full of smiles during their outing as they took in the natural beauty of Malibu with their growing girl, Nikki recently sharing that she likes life ‘off the grid.’ 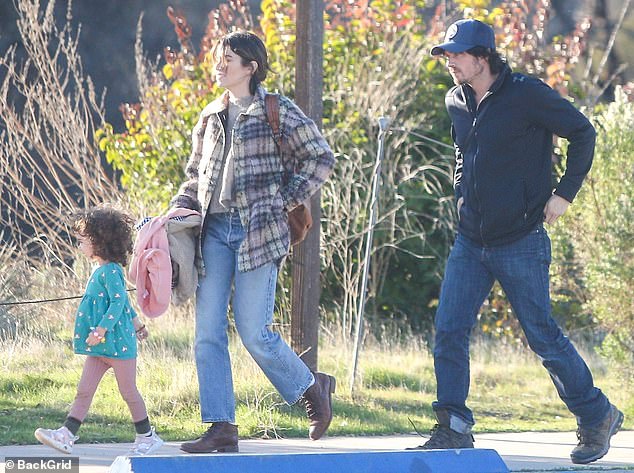 Great outdoors: Ian Somerhalder, 42, stepped out with wife of six years Nikki Reed, 32, and their three-year-old daughter Bodhi Soleil as they went for a hike in Malibu and hit up a deluxe market

Proving to be quite the doting dad, Somerhalder carried Bodhi’s stuffed animal as he rocked jeans and hiking boots with a black hoodie.

He flexed his photography skills as he walked with a camera strapped to his chest, presumably documenting the family outing.

The Thirteen actress kept warm in a flannel overcoat and a furry beige sweater that she paired with jeans and stylish brown boots.

The pair let Bodhi explore nature freely as she giddily walked behind them in a pink sweatshirt, as Reed previously described the family as ‘very outdoorsy.’

Later Ian was seen exiting the grocery store solo, while suited up in a very secure face mask as he did a little healthy shopping.

Hands on mommy! Nikki looked after their child who wore a pink top. The Vampire Diaries vet had a camera strapped to his chest as he presumably documented the family outing

He famously went on a lengthy Instagram rant in 2018 after people stopped him in a store and ogled at his very healthy cart of produce.

Somerhalder responded, ‘I told her that I have never NOT seen this type of basket in my grocery-shopping behavior…the public poisons itself daily with bad food choices. Food is medicine and medicine is food. It’s a fact.’

Nikki – who is vegan – confessed in a recent interview with People that she has been having some very early mornings, often setting her alarm for 4AM to balance work and motherhood.

‘Sometimes I set my alarm at 4 a.m. so I can work for four solid hours before she [Bodhi] gets up…I feel really out of balance that day but that’s just part of it. I’m just taking it day by day and doing the best I can,’ she shared. 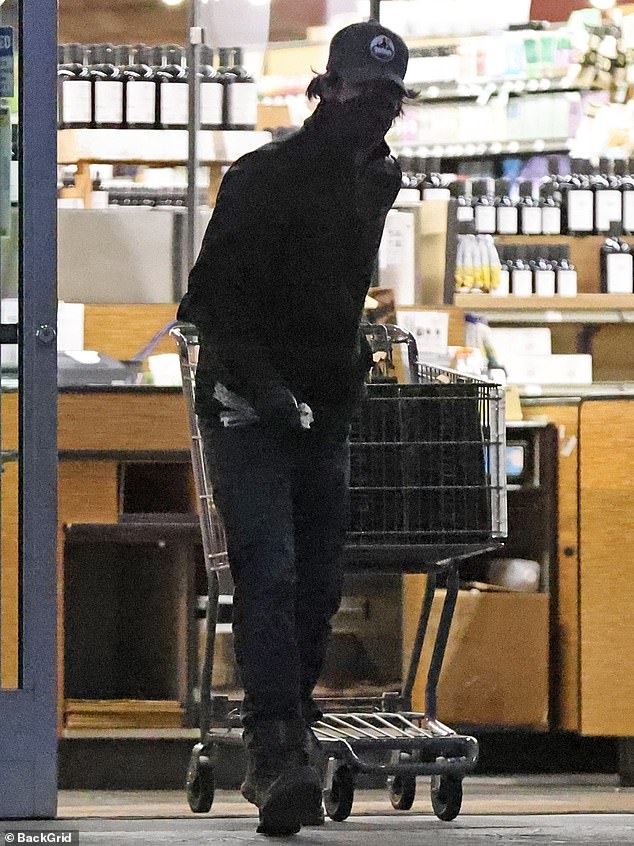 Conscious choices: In 2018 Somerhalder went on an Instagram rant about healthy food as he wrote ‘the public poisons itself daily with bad food choices. Food is medicine and medicine is food. It’s a fact’

Ian – who boasts 19.2M followers on Instagram – recently shut down the possibility of a Vampire Diaries reboot saying he had ‘not heard’ about a ninth season being in the cards.

He did however reunite with former co-star Paul Wesley (who played his brother in the show) in 2019, as they announced the launch of their liquor company Brother’s Bond Bourbon.

Somerhalder shared with his fans ‘You’ve given us so many wonderful years as these characters and we want to bring you something to enjoy that brings back some great memories and some good times to come.’

The liquor is set for public release in 2021 and is available for future purchase through their website. On Sunday he gushed, ‘We’re so proud to be your new bourbon and then some. I/We can’t wait to toast you all.’ 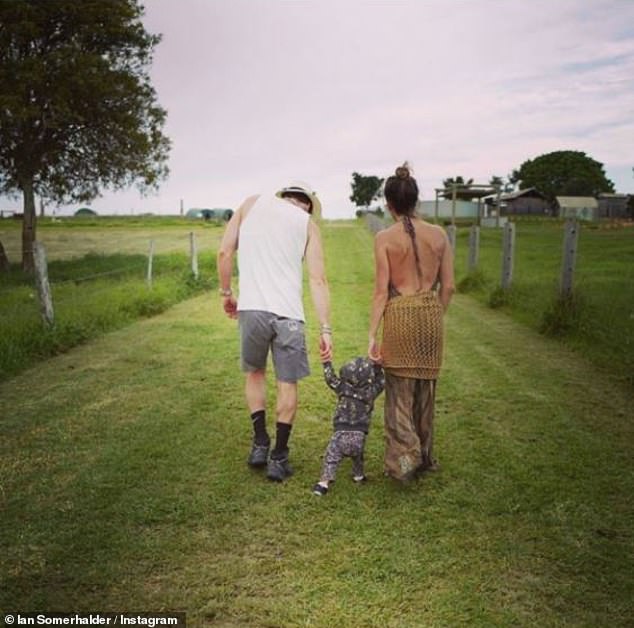 Off the grid: Reed told People that she would prefer to live ‘off the grid,’ as Somerhalder and she have leaned into a very nature-centric way of raising their only daughter; pictured February 2020