Kris Jenner opened up about her relationship with her ex Caitlyn Jenner – and Jenner’s 2016 transition back in 2016 – during an interview that premiered on Monday.

The self-proclaimed ‘momager’ of the Kardashian family sat down for a conversation with Kristina O’Neill for WSJ. Magazine and shared some insight regarding her personal life.

Specifically, the 65-year-old reality star expressed that she and her family had not been familiar with the process of gender transition and described it as being a ‘shock’ when they found out Caitlyn was set to go through with it. 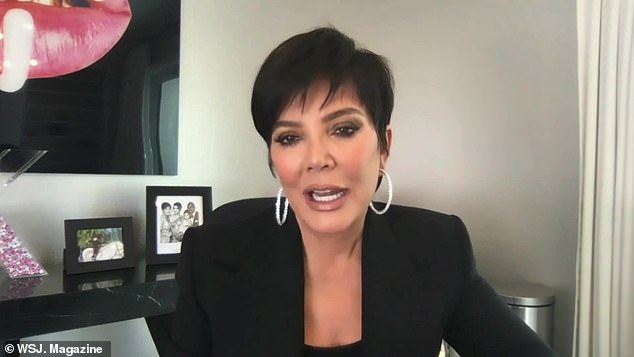 Speaking her mind: Kris Jenner opened up about her relationship with her ex Caitlyn in an interview for WSJ Magazine that premiered on Monday

‘I think one of the most interesting things that we all learned was that none of us had been through anything like that before in a million years,’ she remarked.

Jenner also noted that her family had to deal with the experience as it went along and attempted to stay as open and supportive as possible.

‘We didn’t know how to process that — and it was a process, it was a shock, and then it was a reality, and it was something that we had to absorb and try to wrap our heads around and learn about,’ she recalled.

The social media personality went on to address the public perception of her family’s experience with her ex’s transition and acknowledged that it was a difficult period for everyone. 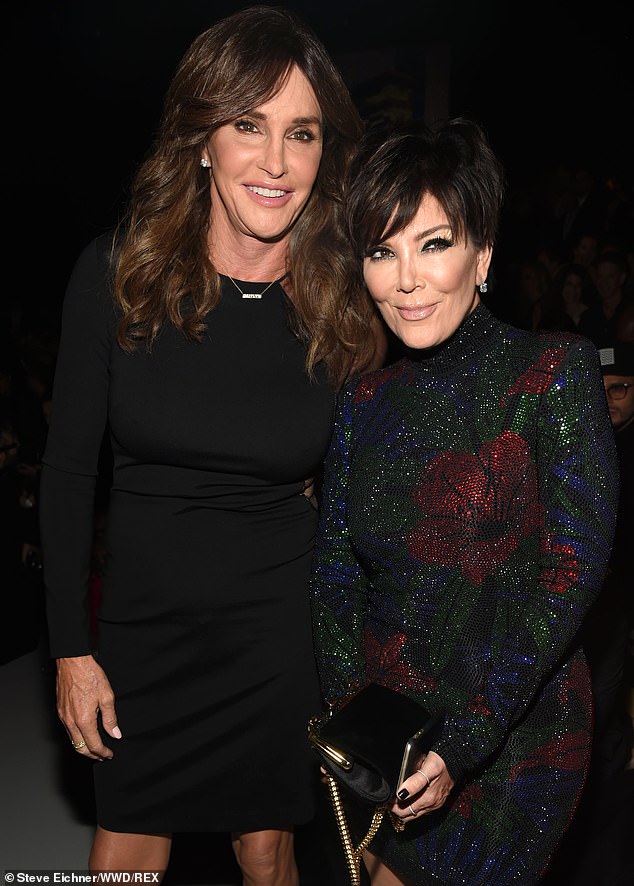 Tough times: During the sit-down, the reality television personality expressed that she and her family did not know how to process the experience, stating that ‘none of us had been through anything like that’; she is seen with her former spouse in 2015 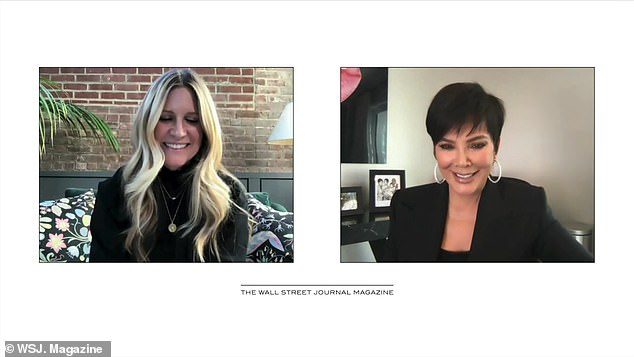 Doing their best: The self-proclaimed ‘momager’ of the Kardashian clan went on to note that her ex’s gender transition was something that her family tried ‘to wrap our heads around and learn about’

‘I’m sure many people who are fans of our show weren’t expecting it either and were as confused at times…because there’s so many different ways of looking at it.

‘I think that going through it was just one day at a time, truly, I had no experience in anything like that before, so you’re just trying to understand,’ she added.

Jenner went on to note that her children were ultimately her main priority during the period of time and admitted that she did not necessarily handle everything the right way while taking care of them. 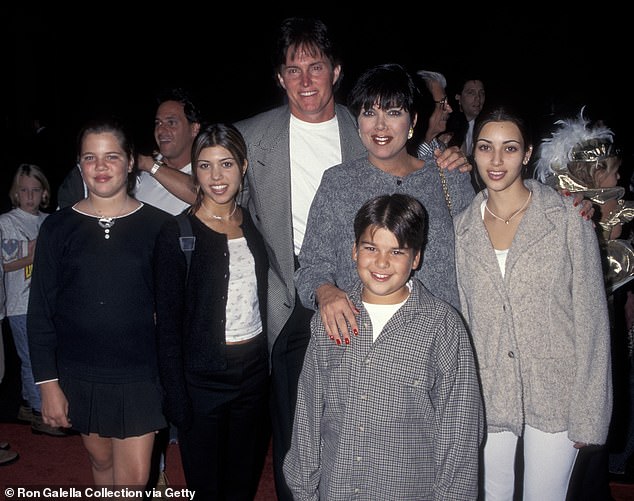 Taking it slow: Jenner went on to express that she eventually came to terms with her ex’s decision and that her family resolved to get ‘through it…one day at a time’; the former couple are seen with four of her children in 1995

‘I’m the kids’ mom, so trying to navigate that was hard because I wanted to be the best parent I could be and do the right thing and I didn’t always know what that meant in that situation.’

The reality television star went on to speak about her current relationship with her past spouse and remarked that, through their children, they would remain connected for life.

Jenner described her connection with Caitlyn, aged 71, as ‘very respectful…she’s the father of two of my kids, and so that speaks volumes.’

The former couple was married from 1991 until their separation in 2013, with their divorce being finalized two years later. 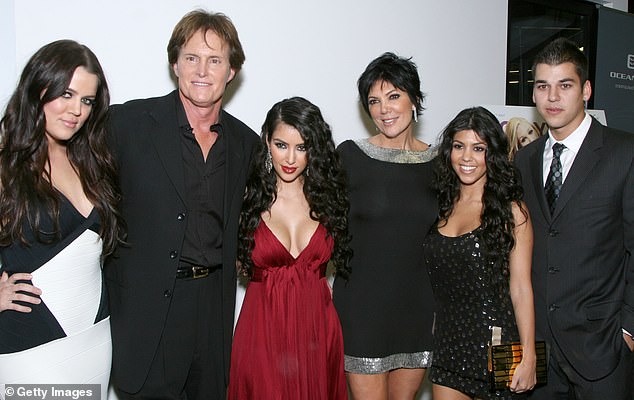 Long time running: Jenner and her ex were married from 1991 until 2015, and the two remain close: They are pictured alongside her daughters Khloe, Kim and Kourtney as well as her son Robert in 2007

During their time together, the pair welcomed two daughters named Kendall and Kyle, aged 25 and 23, respectively.

Prior to her marriage to the Olympic medalist, the businesswoman was married to lawyer Robert Kardashian, who is best known for his actions during the highly televised trial of OJ Simpson.

She welcomed her three daughters Kourtney, Kim and Khloe, as well as her son Robert, during her time with her first husband, whom she married in 1978.

The two dissolved their union in 1991 and remained friends until his passing in 2003.

Jenner has been in a relationship with her boyfriend, Corey Gamble, since 2014. 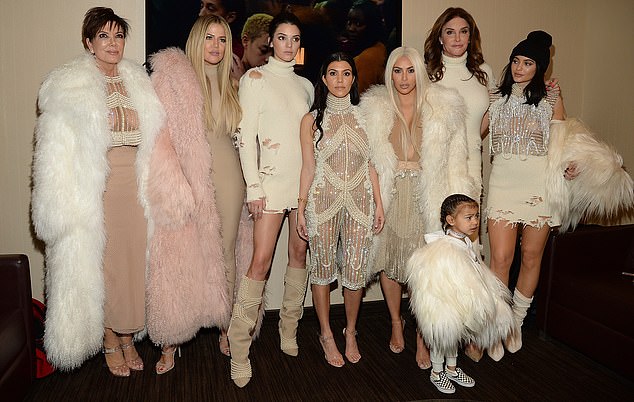 Big family: The social media personality and her former spouse welcomed two daughters named Kendall and Kyle during their time together; several members of the Kardashian-Jenner family are pictured together in 2016