Paul of Psquare defunct group has called out billionaire businessman, Obi Cubana and fans to donate in celebration of their reconciliation and birthday..

Paul shared a picture with his twin, Peter celebrating their 40th birthday and confirming reconciliation.

In another post where he shared his account details, Paul asked Obi Cubana, his elder brother and Psquare fans to double Davido’s offer.

His post read: “Starting from Obi Cubana and Jude Okoye even Davido, let’s show Davido that two heads are better than one. Everything na double double.”

Looks like Paul of Psquare is following the footsteps of Davido.

Meanwhile, Davido has received over N130m and still counting since he asked his friends and colleagues to donate one million Naira each to his account. 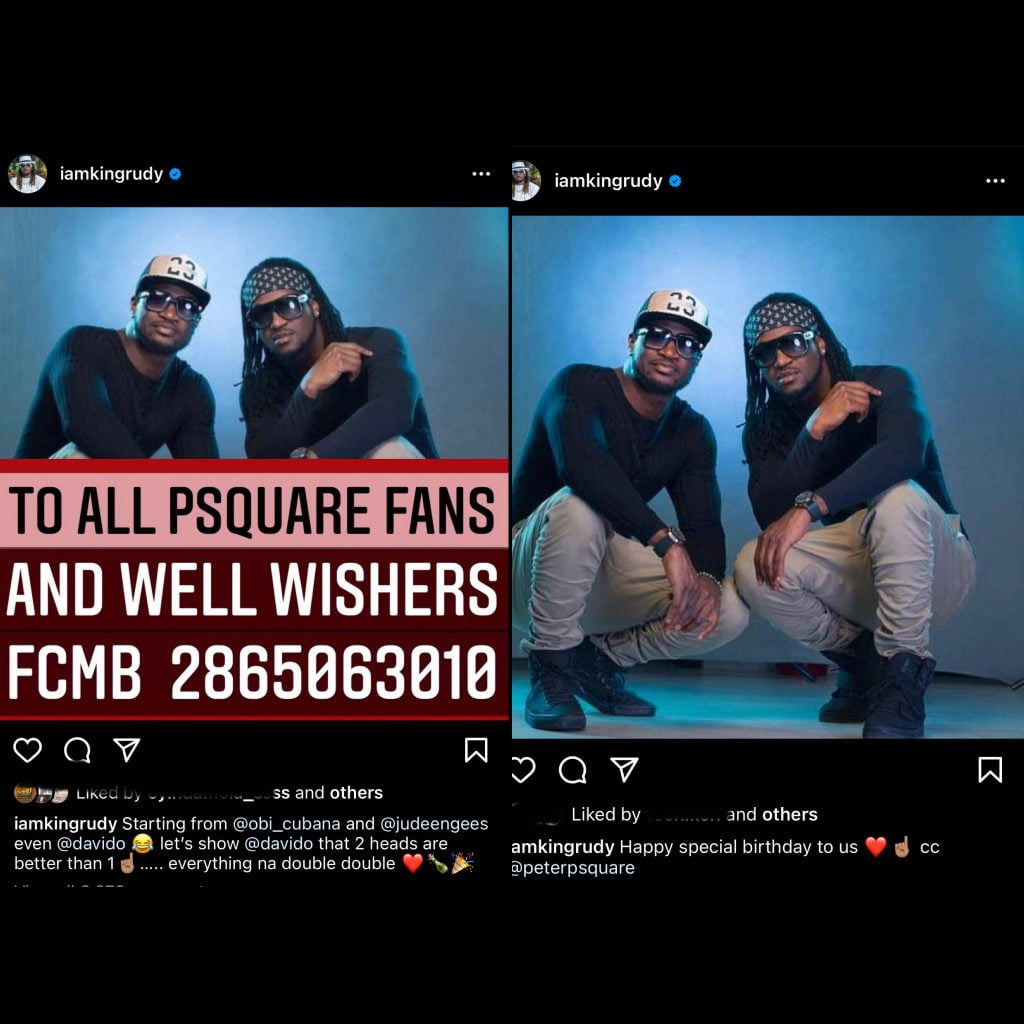