She has been shooting Riverdale in Vancouver, British Columbia or several months now.

And Lili Reinhart was seen making the most of her off-time as she emerged from lockdown in the Canadian city this Tuesday.

The 24-year-old actress could be spotted taking her beloved Schnauzer mix Milo out for a stroll along a tree-lined sidewalk. 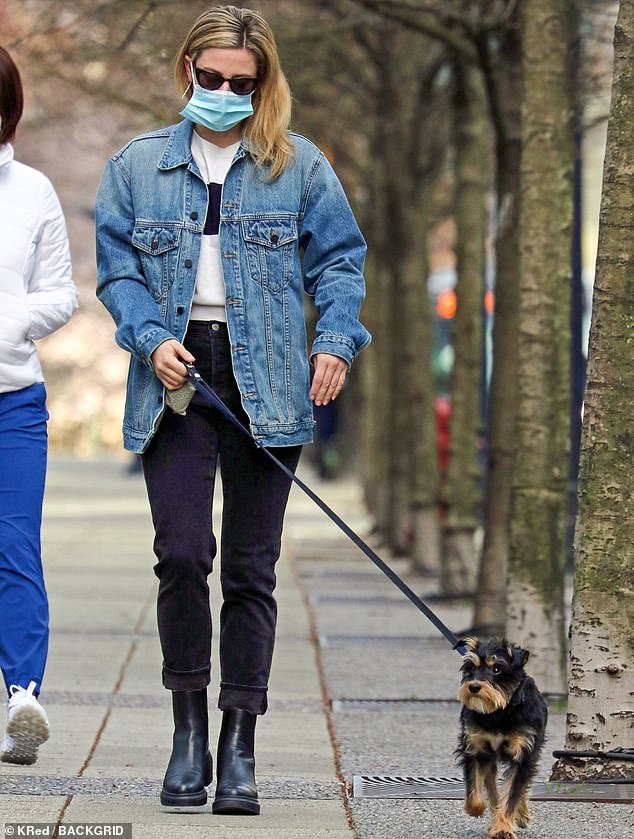 Off they go: Lili Reinhart could be spotted taking her beloved Schnauzer mix Milo out for a stroll along a tree-lined sidewalk in Vancouver this Tuesday

Lili stepped out in a casual ensemble including a denim jacket, a T-shirt, dark trousers and a pair of black boots.

She warded off the rays with a pair of sunglasses and made sure to take the precaution of wearing a mask for her outing.

Almost exactly a year ago Lili tearfully revealed on social media that Milo was undergoing surgery after being attacked by another dog while on a walk.

She explained that Milo had ‘a pretty deep wound on his neck’ and asked her fans to ‘keep him in your thoughts’ as he underwent treatment. 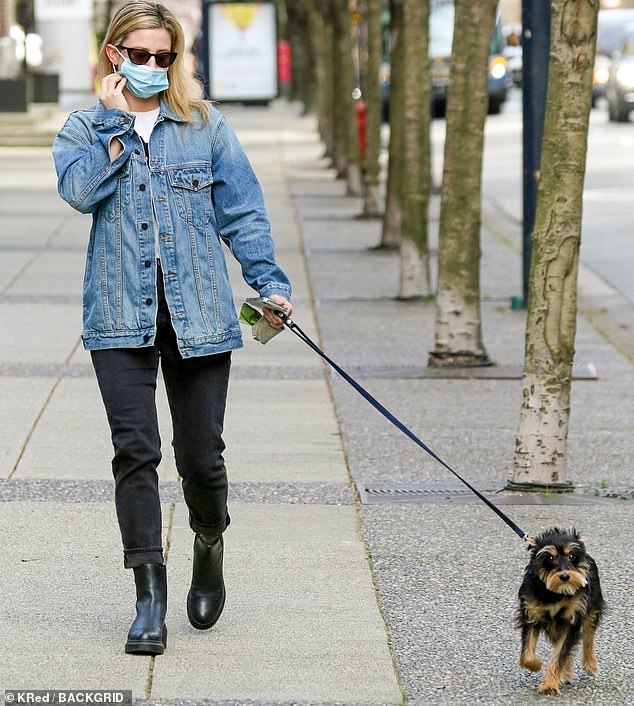 On the go: Lili was seen making the most of her off-time from the Riverdale shoot as she emerged from lockdown in the Canadian city this Tuesday

The day after she first told her followers about Milo’s medical crisis she assured the public that the surgery was successful and her dog had come home.

As far as romance goes Lili spent two years involved with her Riverdale co-star Cole Sprouse but they spent much of last year in a swirl of breakup rumors.

Last August Cole finally confirmed on social media: ‘Lili and I initially separated in January of this year, deciding to more permanently split in March.’

When the coronavirus lockdowns swept the world last March the show was in the middle of shooting and was shut down until September. 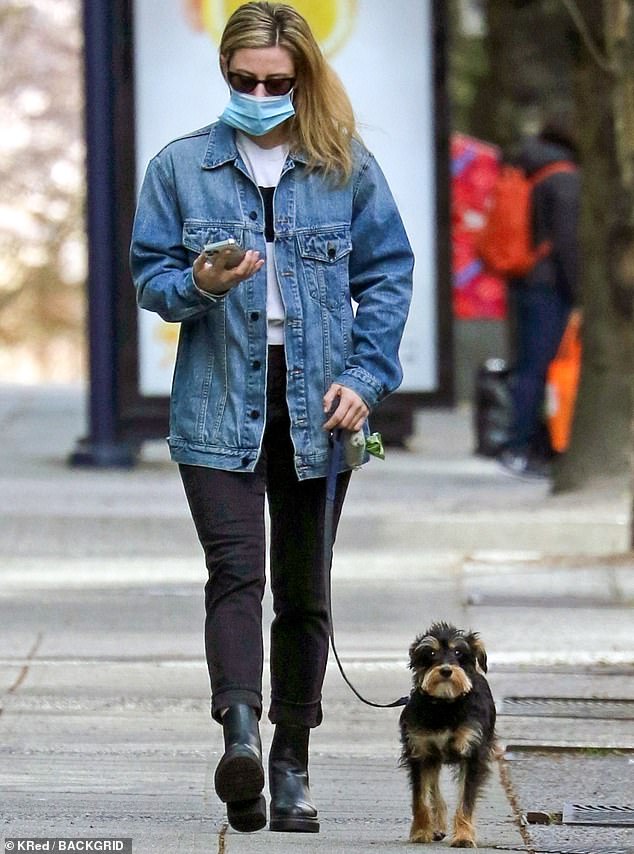 Legging it: Lili stepped out in a casual ensemble including a denim jacket, a T-shirt, dark trousers and a pair of black boots

Last August not long before filming was to resume Lili candidly told Nylon how she felt about the prospect of returning to Vancouver.

‘I genuinely feel like a prisoner, going back to work, because I cannot leave Canada. That doesn’t feel good,’ said Lili who hails from Cleveland.

‘You can’t go home for Thanksgiving, can’t visit your family. No one can come visit you unless they quarantine for two weeks. It just feels f***ed.’

She got a bit of backlash for the remarks and tweeted: ‘Love it when my words are taken out of context YET AGAIN. I’m not complaining about going back to work, I’m incredibly grateful to have a job. I’m sad that I can’t see my family for months on end due to travel restrictions. FFS, leave me alone.’ 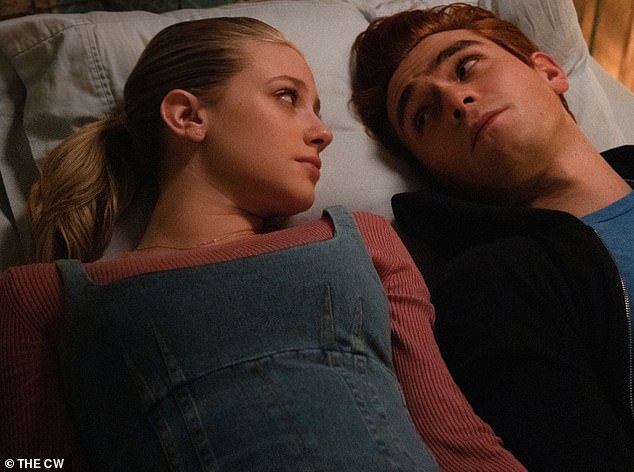 Side by side: Lili, who dated her Riverdale co-star Cole Sprouse for about two years, is pictured on the series with another of her colleagues KJ Apa