By George Stark For Dailymail.com

Nicolas Cage is playing a fictionalized version of himself in the new comedy The Unbearable Weight of Massive Talent.

In the first trailer released Tuesday, a down-on-his-luck Cage, 57, begrudgingly accepts a $1million offer to attend the birthday of a Mexican billionaire super fan.

It starts off with Cage soaking wet in sauna with his agent, played by  Neil Patrick Harris, who tells him that all his acting work as dried up. 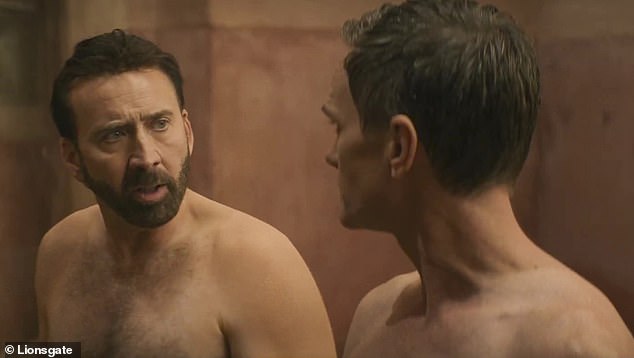 ‘Nic, you’ve been living at the Sunset Tower for over a year,’ Harris tells him in the clip. ‘You owe them six hundred thousand dollars.’

‘But I’m gonna get this next role, and when I do, all of that changes. Then I’m back,’ Cage says, to which his agent is quick to reply: ‘Not that you went anywhere.’

It’s certainly an interesting premise, and one that is not too hard to imagine. 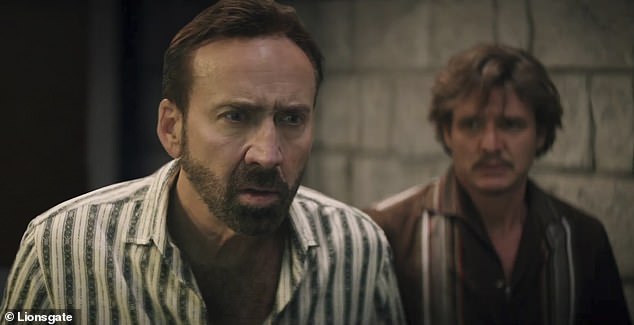 Deal: In the trailer released Tuesday, a down-on-his luck Cage, 57, begrudgingly accepts a $1million offer to attend the birthday of a Mexican billionaire super fan

Cage has undoubtedly had some major highs and lows in his career, since his first (minor) movie role in 1982’s Fast Times at Ridgemont High.

When things take a wild turn, Cage is forced to become a version of some of his most iconic and beloved characters in order to extricate his wife and daughter from the fan who is a notorious drug lord.

Pedro Pascal plays Javi, the Mexican billionaire and Cage’s super fan who sends him $1million to appear at his birthday. 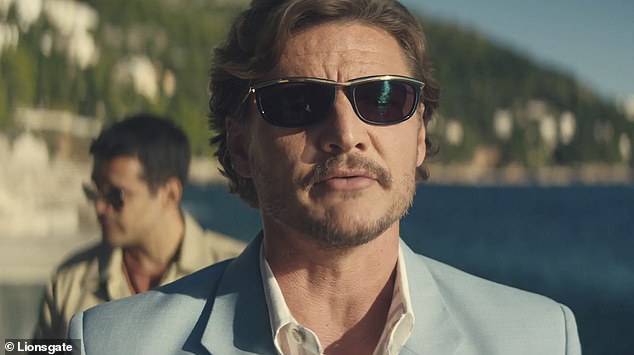 Role: Pedro Pascal plays Javi, the Mexican billionaire and Cage’s super fan who sends him $1million to appear at his birthday 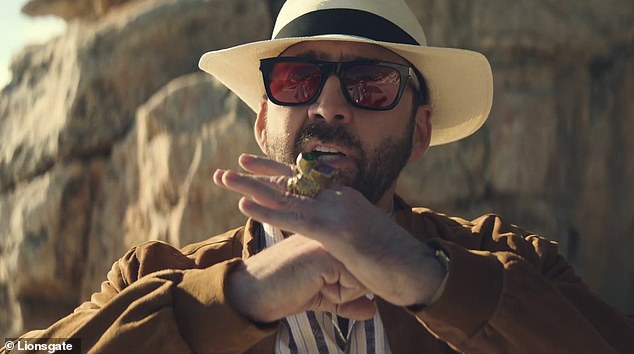 Version of himself: Cage has said the character is a ‘highly-neurotic, anxiety-ridden version of me’

‘[‘Nick Cage’] is an invented version of Nic Cage. The character is feeling unfulfilled and contending with the rejection that can happen so often in the small town that is Hollywood. It’s not me. I’m feeling pretty good about things,’ Cage revealed to Entertainment Weekly about the film.

Cage also told Collider in September this year that will never see the movie himself.

‘I’m told it’s a good movie,’ he explained. ‘My manager Mike Nilon, who is also a producer on it, looked at it. He was very happy. I’m told the audience loved the movie. But it’s just too much of a whacked-out trip for me to go to a movie theater and watch me play Tom Gormican’s highly-neurotic, anxiety-ridden version of me.’