Recall that his estranged wife, Uzor accused him of domestic violence and being a stray dad.

Uzor, in a post via her Instagram story, on Friday night accused her husband of not catering for his kids.

She also accused him of battering her a few weeks after she had an operation while his mother watched.

Uzor further wondered why Wazobia FM still allows her husband to host marriage talks and shows even when he is one of the many men that beat their wives to stupor.

Reacting, in a post via his Instagram account on Saturday afternoon, Nedu denied the allegations adding that he doesn’t encourage or support any form of domestic violence, adding that a paternity test revealed that his first son is not his biological child.

According to him, ”My marriage was one plaqued with many crises, one of which was infidelity.

“Our marriage was one plaqued with many crises, one of which was infidelity.l from her side that led to me conducting paternity test on our kids which led to the revelation that my first son is not my biological child even though he was born within the period we got married.

“On the issue of domestic violence we have had this matter investigated twice, one by the police in Ajah and the other by a competent court of law during the dissolution of our marriage.

“Am appealing to my ex-wife to remember our kids and to not continue on this path that she has chosen as the internet never forgets.

“I have no issues with her and would like to keep minding the business that pays me.” 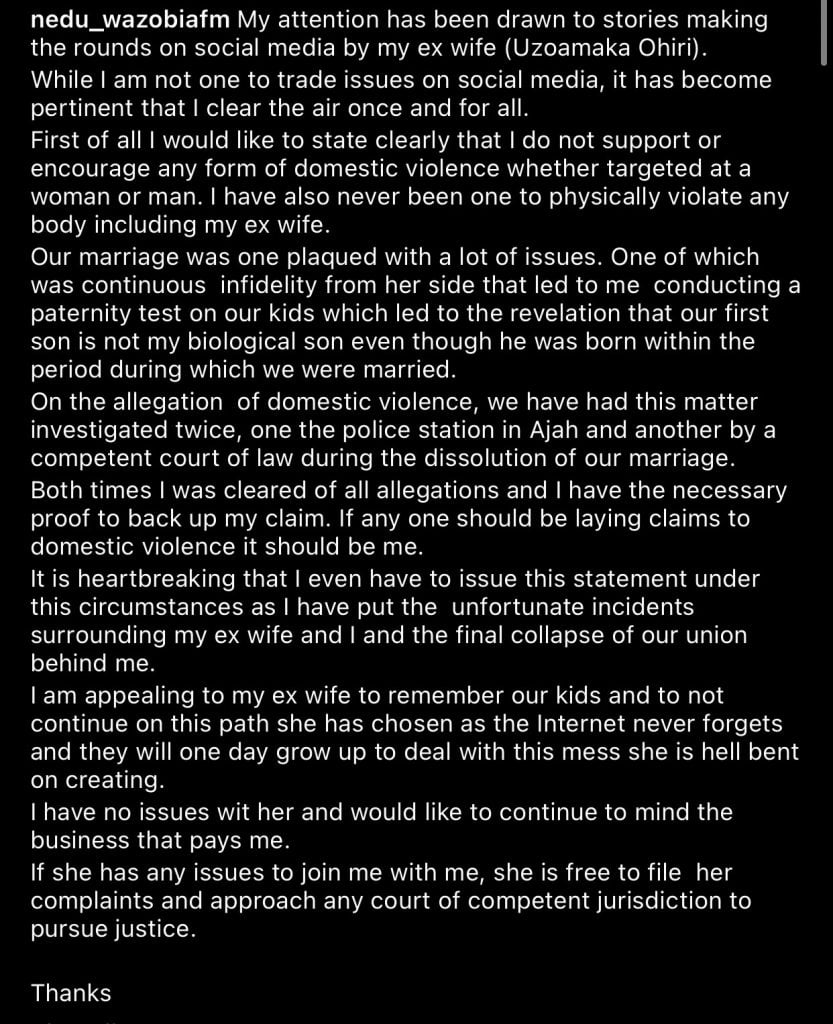