He failed to find love with Elly Miles on The Bachelorette.

But Trent Cray looked anything but heartbroken on Saturday as he stepped out with his new girlfriend, model Bianca Ljubenkov, in Sydney.

The 31-year-old, who was dumped on the third episode of the Channel 10 dating show last year, appeared as smitten as the pair enjoyed a game of tennis. 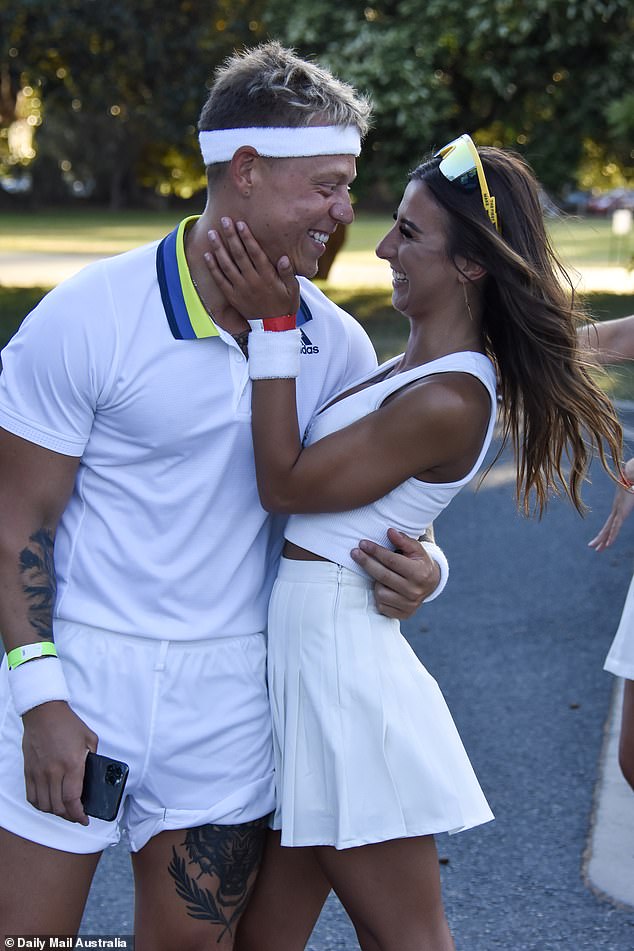 The look of love! The Bachelorette’s Trent Cray (left) couldn’t keep his hands off his new girlfriend, Bianca Ljubenkov (right), as they enjoyed a game of tennis in Sydney on Saturday

Trent couldn’t keep his hands off the stunning brunette, 24, as they waited for an Uber after the game.

Speaking exclusively to Daily Mail Australia, Trent said it was still ‘early days’ for the couple, but admitted he was ‘happier than ever’.

Bianca is a part-time model who also works in legal recruitment. 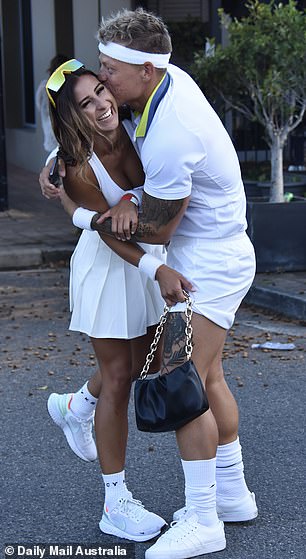 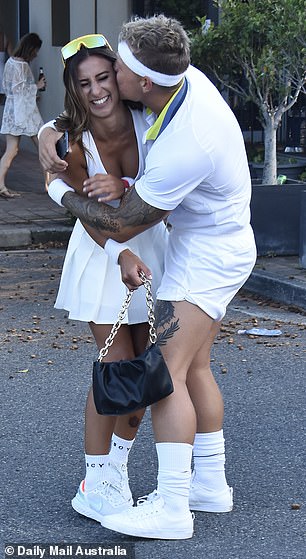 Suddenly shy! The 31-year-old, who was dumped on the third episode of the Channel 10 dating show last year, appeared as smitten as ever during the outing 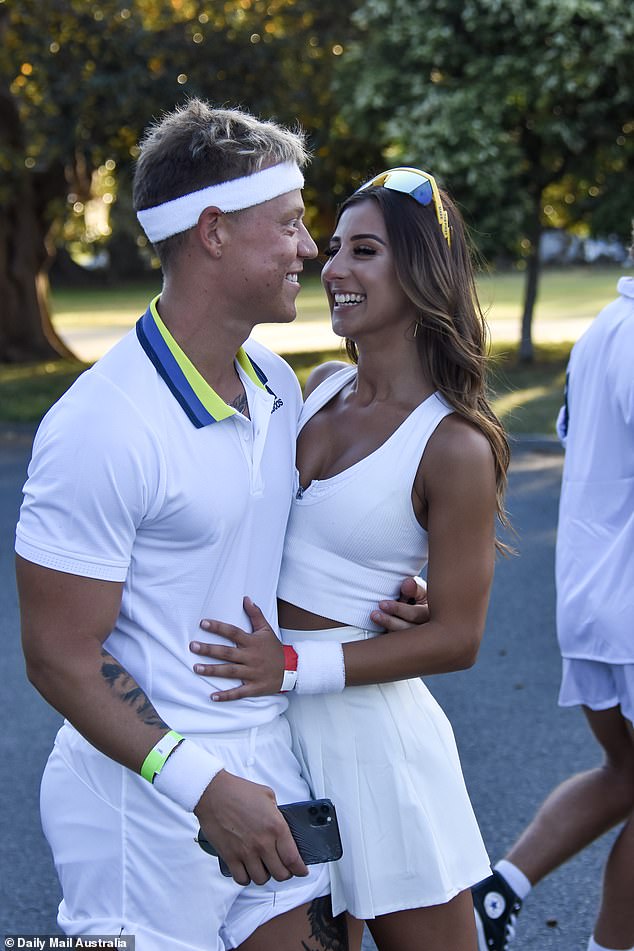 Confirmed: Speaking exclusively to Daily Mail Australia, Trent confirmed the pair are in ‘early days’ of their romance and ‘happier than ever’

Dressing up for the occasion, the couple wore matching white tennis outfits.

Bianca showed off her impressive physique in a stylish crop top, which she paired with a matching skirt.

She completed her retro-inspired look with a sweatband on her wrist and a pair of neon yellow sunglasses. 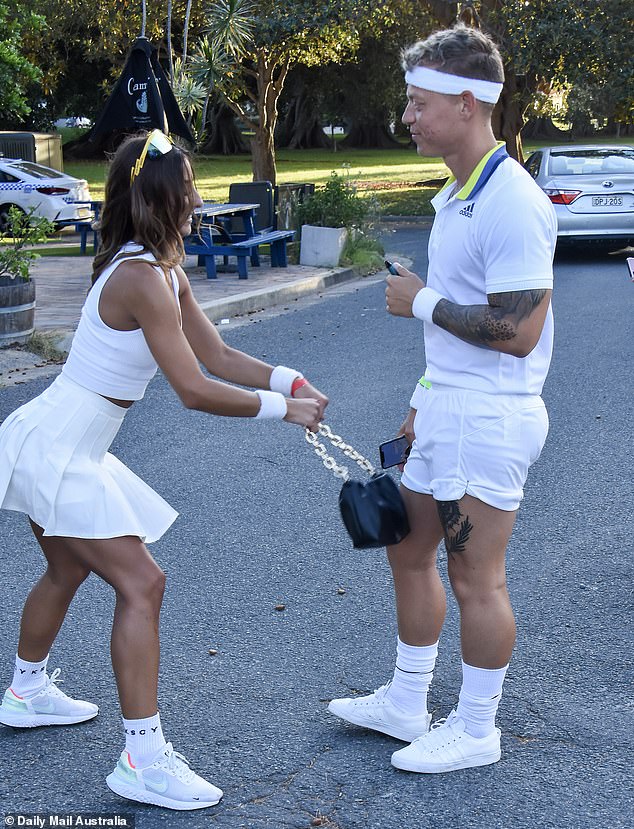 Matching: Dressing up for the occasion, the couple wore all-white tennis outfits. Bianca showed off her impressive physique in a white crop top which she paired with a matching skirt 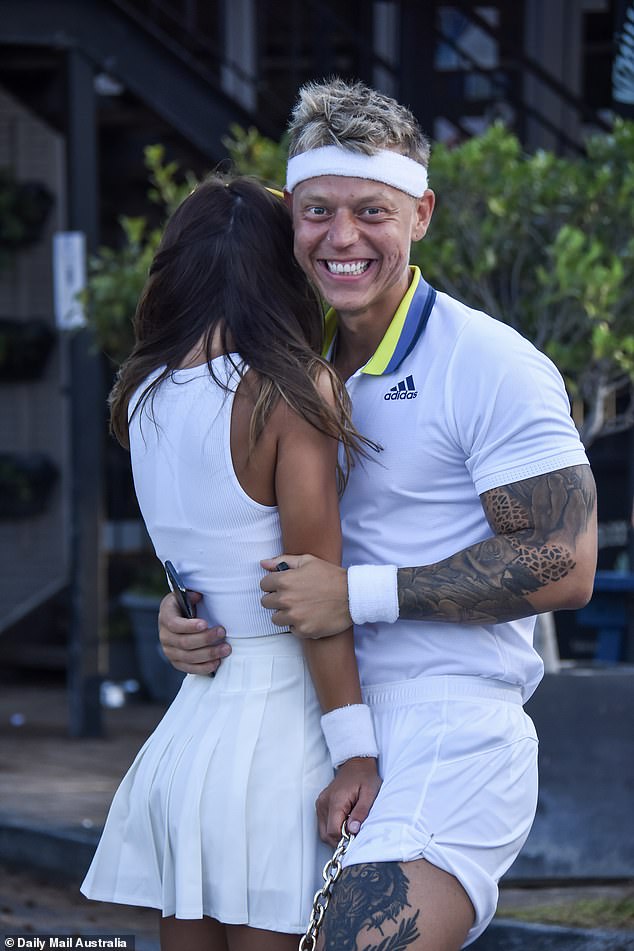 She styled her dark hair loosely and completed her outfit with a black clutch with a gold chain.

Meanwhile, Trent opted for an Adidas polo shirt and shorts, which he teamed with matching white sneakers and socks. 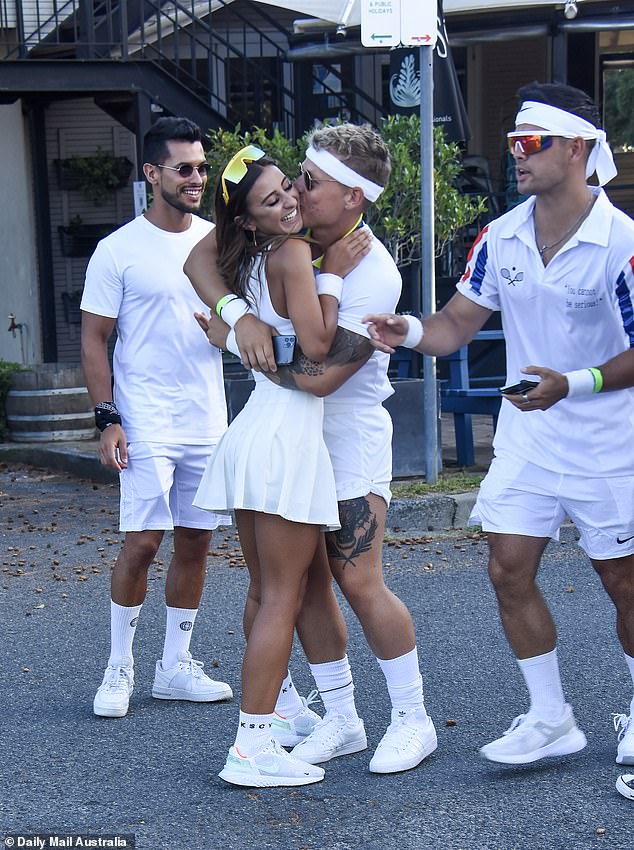 Get a room! The couple were joined by his Bachelorette co-stars Shannon Karaka [R] and Rudy El Kholti [L] who appeared oblivious to the couple’s extreme PDA

Shannon and Rudy seemed oblivious to the lovebirds’ PDA and instead chose to ham it up for the paparazzi.

The single reality stars were also dressed in white tennis gear for the occasion.

Trent recently relocated from Perth to Sydney, where he works as a finance broker. 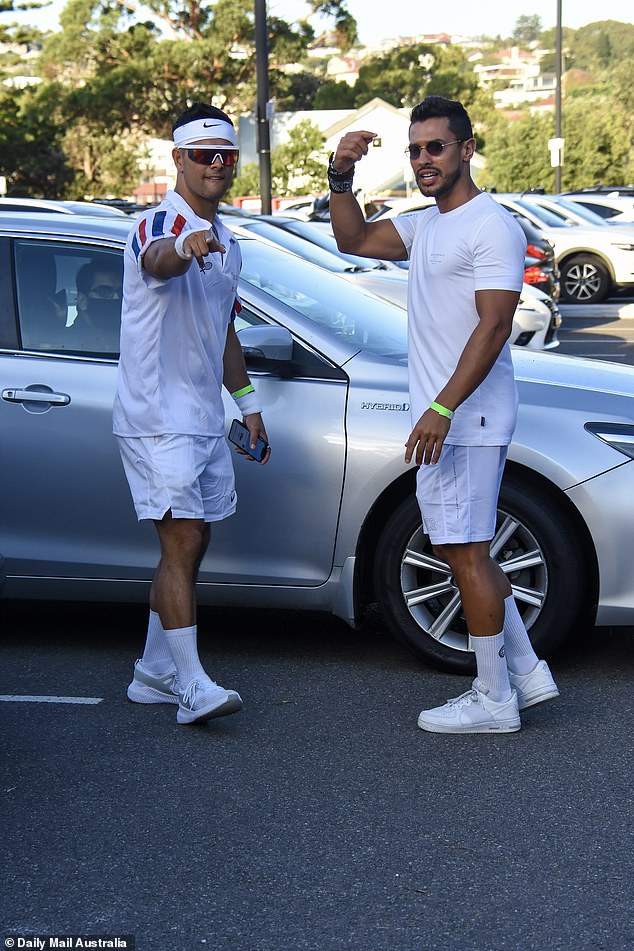 Instead, Shannon and Rudy choosing to strike a pose for a photographer near by 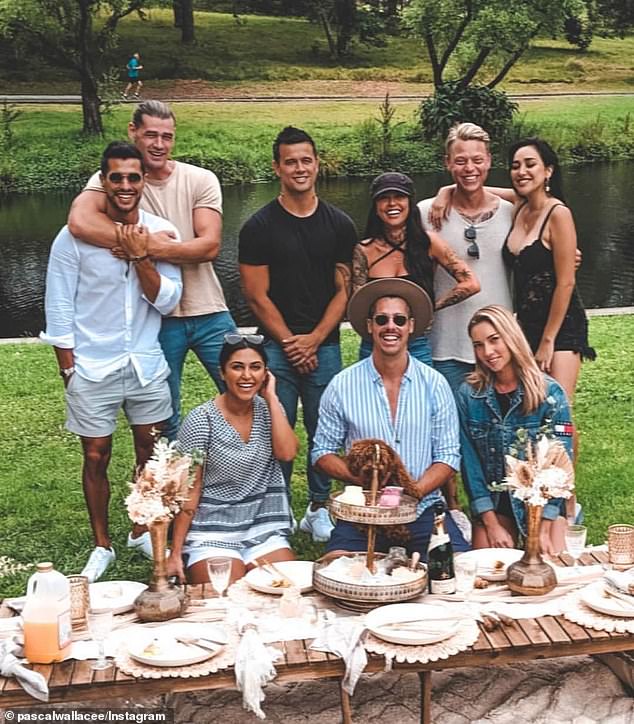 Just friends: Trent was previously linked to Bachelor star Juliette Herrera after they were spotted looking rather cozy during a group picnic last month. [Pictured together on the right]