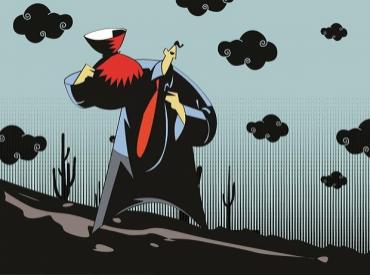 Foreign portfolio investors (FPIs) are likely to seek clarity from the Reserve Bank of India (RBI) and the Securities and Exchange Board of India (Sebi) on the recourse available to them in case of defaults in their corporate debt portfolio.

This comes after the central bank hiked the short-term investment limit for FPIs in both corporate and government debt, last week, to 30 per cent from 20 per cent.

FPIs do not come under the RBI’s June 7 circular on stressed asset resolution, which covers banks, term-financial institutions, small finance banks, and non-banking financial companies (be they deposit taking entities or otherwise). Thus, FPIs can’t be a part of the inter-creditor agreement (ICA), which is the first step towards finding a resolution under the June 7 circular before a company is referred to the National Company Law Tribunal (NCLT).

“We may now have a situation where, in the case of a default, FPIs and other secured lenders pull in different directions. We saw this happening after the default on Dewan Housing Finance (DHFL) debentures with mutual funds (MFs) and banks taking opposing views,” said an investment banker.

“It is one thing to say that FPIs had never sought clarity on the resolution route available to them earlier, another that you are now not to have recourse under the June 7 circular, which was not part of the equation. And that leaves only the NCLT as an option,” said a top corporate lawyer.

ICA did not initially offer a seat to MFs, even as some indicated that they may back a resolution proposal put forward by banks for DHFL. Later, Sebi said MFs could be part of an ICA after they had carved out the stressed portion. This also takes care of Sebi’s stance that MFs are not to enter into “standstill” agreement with promoters of stressed groups, giving them extended timelines to repay their debt.

FPIs are set to follow in the footsteps of offshore lenders, who as a class are also not part of the ICA at present. “This can become an issue if a company wants to source external borrowings, and this risk will get priced into the loan,” said a banker, hinting, in effect, that FPIs may seek a higher coupon rate on debentures, or alternatively even see special covenants be written in to protect their interests. Slowing sales raise concern over level of inventories with companies

The ‘rags to riches’ brothers from Blackburn are trying to buy Caltex Australia, muscling out a rival bid from Canada’s Alimentation Couche-Tard.

If successful, it would be their biggest takeover to date, following a string of recent deals. 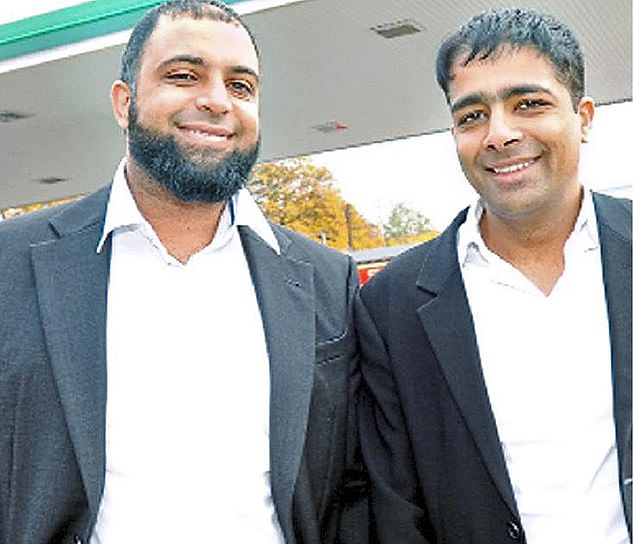 From rags to riches: Tycoon Zuber Issa, left, with his brother Mohsin, from Blackburn are trying to buy Caltex Australia, muscling out a rival bid from Canada’s Alimentation Couche-Tard

Through their business EG Group – better known as Euro Garages – the pair have embarked on a debt-fuelled expansion spree over the past two years, snapping up foreign rivals.

Recent purchases include 621 petrol stations and convenience stores formerly owned by Cumberland Farms and Fastrac in the US, as well as 540 from Woolworths in Australia.

They own about 5,400 sites across Europe, America and Australia, employing more than 35,000 staff. And now they want to add 1,900 Caltex sites, as part of a huge cash and shares takeover.

EG has offered £2billion in cash and separate shares in a new company – but did not reveal how much the total bid was worth. Caltex is considering the offer, which is competing with a £4.5billion bid by Couche-Tard.

The move is just the latest twist in the extraordinary rise of the Issa brothers, whose parents moved from India to Lancashire in the 1960s to work in a woollen mill.

The brothers were born in Blackburn and started Euro Garages 25 years ago with a £150,000 site in Bury.

EG’s success has made the siblings two of Britain’s richest entrepreneurs with a combined fortune of £1.2billion, according to the Sunday Times Rich List.

The pair have used some of their spoils to buy a £25million mansion in Knightsbridge, central London, formerly owned by conman Achilleas Kallakis, a far cry from the two-up, two-down terraced house they grew up in.

From a Blackburn terrace to a £25m Knightsbridge mansion 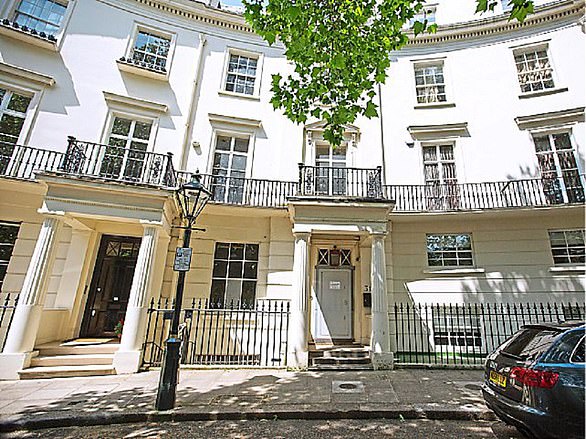 They have gone from a terraced house in Blackburn to owning a glamorous £25million mansion in Knightsbridge. 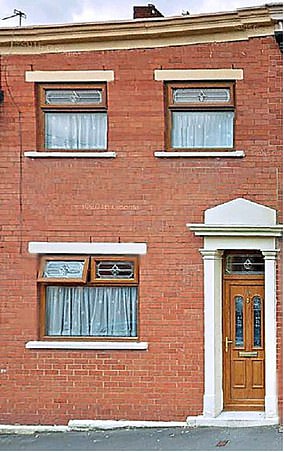 But tycoons Mohsin and Zuber Issa have been dragged into a row over their plans for five identical ‘McMansions’.

The three-storey properties are being built after they bought and knocked down eight homes on a site in Blackburn.

Their proposals were backed in September despite neighbours arguing the design was out-of-kilter with other properties nearby.

Blackburn with Darwen council is said to have received 30 letters of complaint about the plans, and none in favour.

The mansions are just under three miles away from the Issas’ childhood home.

It also has planning permission for a three-storey basement extension that is expected to include a garage with a vehicle lift, a swimming pool and cinema.

Above ground, the property already features grand reception rooms and a master bedroom suite that takes up the whole second floor.

However, the pair have said they intend to stay close to their roots and normally live in large, neighbouring detached houses on the outskirts of Blackburn.

Zuber, 47, said in 2018: ‘People are always asking when we will move to London or Manchester. But the quality of life [in Blackburn] is great. A lot of people do a few years in London then come to the North West.

‘They want to raise a family and have less pressure.’

Mohsin, 48, who is married with two children, added last year: ‘We could achieve everything we want from a business perspective, but if we didn’t do it with a stable family environment, if we didn’t give back to others, we would feel we had not fulfilled our potential.’

In October, it emerged they could float EG on the stock market for £10billion, meaning the two men’s 56 per cent stake could be valued at more than £5billion.

The swoop on Caltex is a headache for Couche-Tard, which is doing due diligence on the Australian firm’s books and claimed its previously unopposed offer was the best on the table. It is expected to force the two rivals into a bidding war, helping to boost Caltex’s shares.

However EG could face regulatory hurdles over its bid to combine its 540 Woolworths sites with Caltex’s outlets.

Australia’s competition watchdog in 2017 blocked BP, an existing retailer in Australia, from acquiring the Woolworths’ network because of competition concerns.

An EG Group spokesman said its proposal showed it was ‘well-placed’ to bid for Caltex. 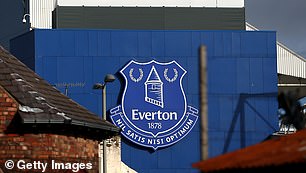 Designs for the 52,000-seat venue on Bramley-Moore Dock on Liverpool’s northern waterfront, were unveiled last summer.

Work will start this year, subject to planning consent, and is expected to take three years.

The proposed brick, steel and glass design is inspired by the historic docklands nearby, which are part of a Unesco world heritage site.

It features four huge stands, including a home end for 13,000 Everton fans, and has been billed as a major regeneration project for north Liverpool.

A string of housebuilders hit record highs after HSBC tipped the sector as the latest winner from Boris Johnson’s landslide election victory.

In a bullish note, analysts upgraded profit and dividend forecasts as it said the Tory party’s 80-seat majority has ‘brought the prospect of a final settlement of Brexit closer and unleashed pent-up demand in housing’.

This is especially true, HSBC said, in the South East, where Britain’s major builders have a foothold and where it reckons prices will pick up most sharply after a drop in autumn. 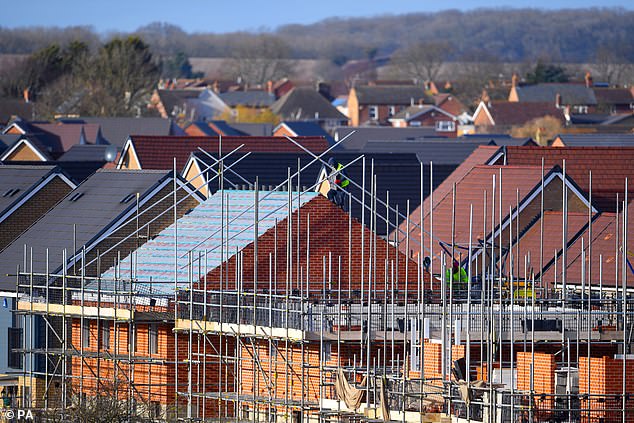 This is added to an expected rush to take advantage of the Government’s Help to Buy scheme, which will shut to all but first-time buyers from April 2021.

HSBC said Barratt and Redrow benefit from having a weighting to southern England. And it pointed to Bellway’s conservative strategy of disciplined land-buying – bumping its target price from 4300p to 5470p – and Crest Nicholson’s upcoming turnaround as reasons to be buoyant about the company, which is one of their top picks. 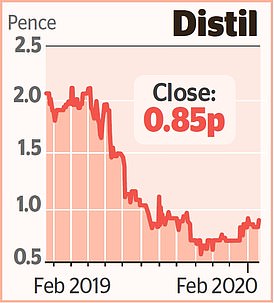 Each will put £30,000 into the joint venture and will trade other skills in a wider partnership.

AIM-listed Distil will be able to use BHC’s distillery and Distil will help with BHC marketing its own brands.

Distil warned investors it is likely to rack up unbudgeted costs and these could mean profits come in below expectations – but shares still rose 3 per cent, or 0.03p, to 0.85p.

HSBC also moved Berkeley Group up from ‘hold’ to ‘buy’, as it believes the firm, which climbed 2.1 per cent, or 112p, to 5474p, will see the smallest hit once the Help to Buy changes come into force.

The upgrade means HSBC now has ‘buy’ ratings on all nine listed housebuilders. Shares in peer Taylor Wimpey also rose – by 1.9 per cent, or 4.5p, to 236.2p.

But despite the slowdown, Berenberg analysts are not convinced the cruise industry will recover soon.

The German investment bank kept a ‘sell’ rating on Carnival as it said a likely fall in future bookings will add to the initial damage of cancellations and compensations, meaning cruise companies may need to offer a £39 discount per passenger to fill ships.

Carnival, whose Diamond Princess ship had the highest concentration of coronavirus cases outside of China, rose by 1.1 per cent, or 33p, to 3116p.

The gold and silver miner saw its 2019 profits almost double to £59million as better prices for precious metals – pushed higher by trade tensions between the US and China – combined with lower costs.

Tech group Micro Focus launched a £1.1billion debt refinancing soon after chairman Kevin Loosemore announced he would leave, and it kicked off a strategic review after revenues plunged almost 30 per cent last year.

Analysts claimed its strategy is ‘undeliverable’, and that managers openly questioning whether it will meet its 2024 targets is ‘hardly encouraging’.

And small-cap group Avon Rubber, which makes equipment such as gas masks and dairy tubes that milk cows, rose 0.2 per cent, or 5p, to 275p as it clinched a new chairman, Bruce Thompson, and was tipped to join the FTSE 250 in the next reshuffle in March.