A New Jersey nursing home where dozens of residents died during the early stages of the Covid pandemic – and is facing multiple lawsuits due to negligence – is still open after changing its name and continuing as if it was a new business.

Andover Subacute II, in Sussex County, New Jersey, was fined $221,115 by the federal government due to its failure to handle a COVID-19 outbreak in its facility and was closed, NBC News reported.

The home recorded a total of 83 COVID-19 deaths and the facility was so overwhelmed it had to store a dead body in an outdoor shed because there was no room left in the morgue.

Facing a destroyed reputation, the owners of the facility changed its name to Woodland Behavioral and Nursing Center, and now collects Medicaid and Medicare funding despite multiple pending lawsuits and reports of negligence. 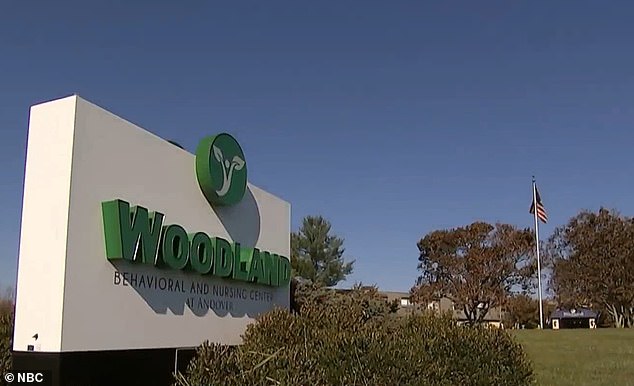 Andover Subacate II in New Jersey, now rebranded as Woodland Behavioral and Nursing Center (pictured), had 83 residents die within the first four months of the pandemic. The facility allegedly failed to care for residents, let the infected mingle with the uninfected, and had so many patients die at one point that the morgue was overflowed and a body had to be stored in an outdoor gardening shed 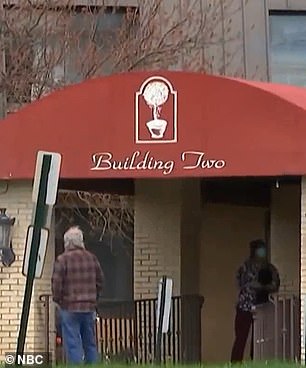 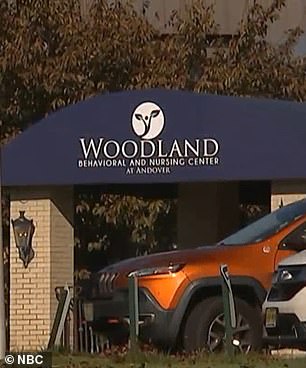 Andover Subacute II (left) rebranded to Woodland Behavioral and Nursing Center (right) after allegations that the nursing home failed to protect it’s residents early in the COVID-19 pandemic. After its rebrand, it is now collecting Medicaid and Medicare payments

‘I’m paying $9,000 a month, and I wouldn’t let my dog live like this,’ Sharon Farrell, whose brother Stephen was staying at the home, said about it when she first visited.

She told NBC News that once the pandemic broke out, she contacted the facility to ask about her brother’s health, and was told that he was fine.

Only days later, he died of Covid.

Farrell has now joined a lawsuit with other family members of people who died at the facility, suing for staff’s inability to protect residents early in the pandemic.

It is alleged that the facility allowed for infected residents to mingle with the uninfected, allowing for the virus to quickly spread.

In April 2020, it was found that 17 corpses were shoved into a crowded, undersized morgue due to all the deaths the facility suffered.

Preston Nicolai, a 20-year old maintenance worker at Andover, told NBC News that he once found a corpse shoved into a shed next to gardening equipment, as there was no where else to place the body.

‘I was so morally devastated…it felt so wrong to put someone’s loved one out in the shed,’ he said.

He said that somewhere between ten to 12 people were dying every night when the outbreak was at its worst in a scene he described as ‘horrific.’

Nicolai was fired from his job, and was told it was because he improperly disposed medical waste.

He told NBC News he believes it was because he saw the worst of how the facility mishandled the pandemic. 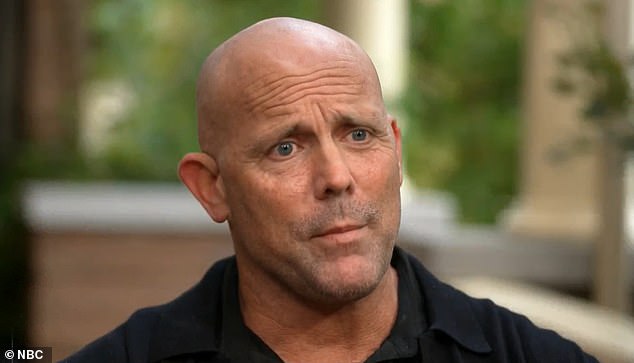 Dante Maglioli’s (pictured) father was a resident at the nursing home. He said his father had previously complained about the poor treatment he had received at the facility. Maglioli is now a part of a pending lawsuit of family of Andover Subacate residents that died from Covid suing the facility 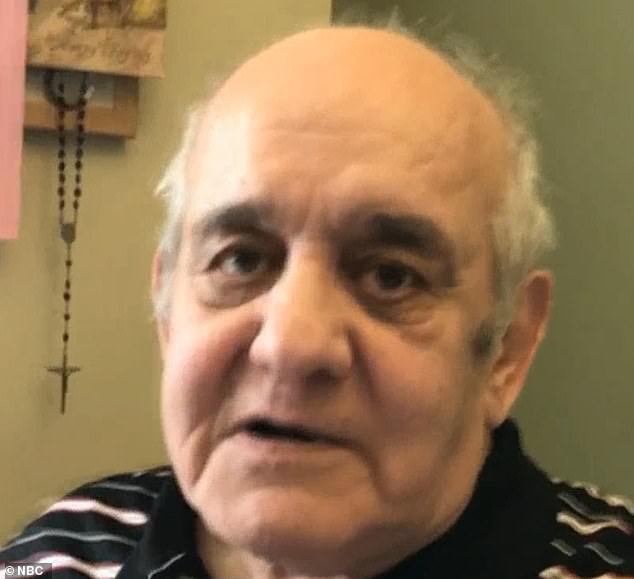 Joseph Maglioli (pictured) was one of 83 residents of Andover to die of Covid during the first four months of the pandemic. His son believes Joseph’s body was among those held in an overflowed morgue

Dante Maglioli’s father, Joseph, was staying at Andover as well.

He told NBC News that his father had previously complained about poor care he was receiving at the facility.

Before the pandemic began, the family had planned to move Joseph somewhere else.

His father ended up dying at Andover in April 2020, early in the pandemic, and he believes his dad was among those whose bodies were stacked in an overflowed morgue.

Magilioli is also a part of the lawsuit with Farrell.

In total, 83 of the 539 residents of the facility died within the first four months of the pandemic.

The pandemic was not the first time the people running Andover allegedly failed their residents.

Louis Schwartz, one of the owners of the facility, previously was a part of Skyline Healthcare, which had its own slew of negligence and financial mismanagement issues.

The company had 14 homes forcibly closed due to allegations of neglect, including one Arkansas facility where maggots were found in a residents catheter. 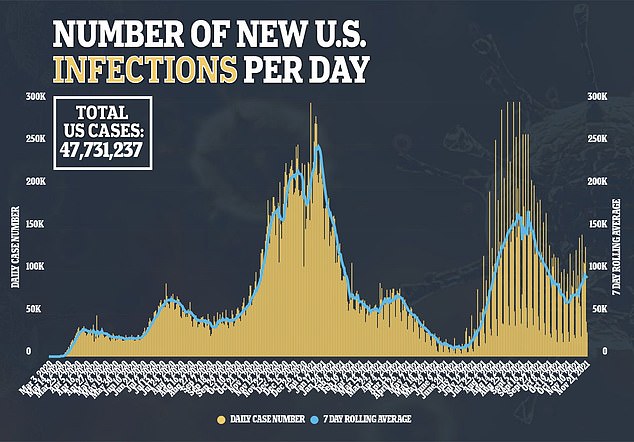 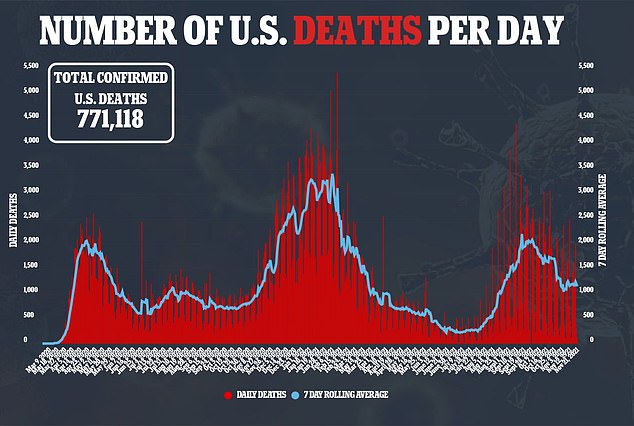 Others were forced to shut down as the company could no longer afford to keep them open.

After the failures at Skyline, Schwartz  joined Chaim Scheinbaum in ownership at Andover.

Schwartz and Scheinbaum’s representatives told NBC News that they had requested assistance in dealing with the Covid surge from the National Guard, among other groups, and were turned down.

The National Guard reported that they have no records of such a request.

The rebranded nursing home is now operating with a clean slate, though, and has even begin collecting money from tax payer funded programs like Medicaid and Medicare.

Maglioli said that he hopes the lawsuit will be able to shut the operation down for good for their neglect that led to his father’s death. 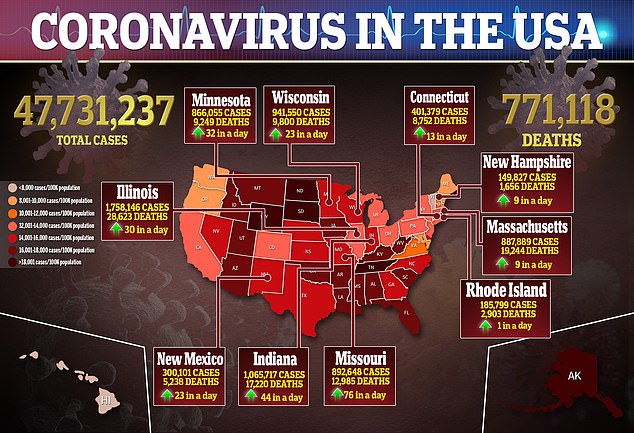