Have we been missing a trick with heart disease by concentrating too hard on the dangers of cholesterol?

For years the thinking has been that ‘bad’ LDL cholesterol gets into the artery wall, where a clot can form, eventually blocking it, causing heart attacks and stroke. Currently, up to eight million Britons take cholesterol-lowering statins.

But major trials are now under way to test the part inflammation plays in heart disease, though this is not a risk that many people are aware of.

Soon, if you have heart problems, you might be prescribed a strong anti-inflammatory to treat it.

A recent study at the Montreal Heart Institute in Canada found that when patients were given colchicine — an anti-inflammatory drug long used to treat gout — within a few days of a heart attack, they were less likely to have another heart attack than patients given a placebo. 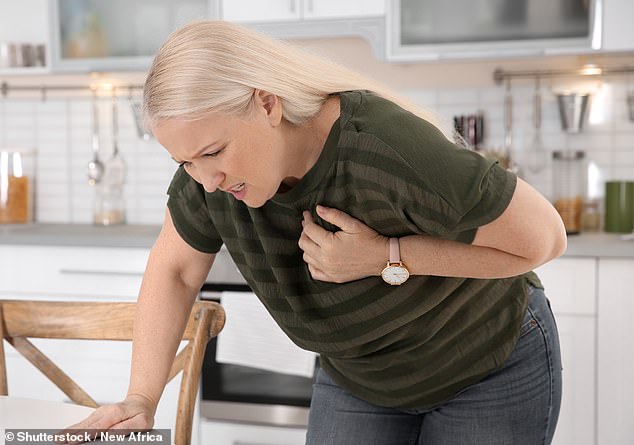 Major trials are now under way to test the part inflammation plays in heart disease, though this is not a risk that many people are aware of [File photo]

The idea that inflammation causes heart disease has been around for years. In a groundbreaking trial in the U.S., nearly 30,000 apparently healthy women had their levels of cholesterol and C-reactive protein (CRP), which is a marker for inflammation, measured in 1997, and again eight years later.

At the end of the study, the women with higher inflammation were more likely to have some kind of heart problem than those with higher cholesterol.

Ten years later, study leader Paul Ridker, a cardiologist at Brigham and Women’s Hospital in Boston and a professor of medicine at Harvard University, ran a much bigger trial called JUPITER, giving people with high CRP but low cholesterol a statin or placebo. Those who got the statin had a 44 per cent lower risk of a cardio-vascular event, such as a heart attack, than the placebo group.

But the study didn’t clarify whether lowering cholesterol or inflammation was more important because statins do both.

Further evidence for the role of inflammation in heart disease has come from trials of people with diabetes, who are known to have a high risk of cardiovascular disease.

What is perplexing is that while high blood sugar levels drive the risk of heart attack, ‘only treating blood glucose does not reduce that risk’, says Professor Robin Choudhury, a cardiologist at Oxford University and an authority on inflammation.

In other words, something else is going on. Professor Choudhury and his team aim to change the perception of diabetes as merely a disease of high glucose.

‘The goal is to identify opportunities to provide new treatment options to reduce the burden of heart disease,’ he says.

One idea is that inflammation is key, with the high glucose levels of diabetes stimulating immune cells involved in inflammation.

Separately, it is thought that cholesterol’s role in heart disease isn’t just about blocking arteries: it, too, is involved in raising inflammation. ‘Bad’ cholesterol in the wall of the artery forms the plaques that lead to the clots or blockages — but the new thinking is that it plays a much more active chemical role that involves inflammation.

‘We now know that if you lower cholesterol, markers of inflammation come down as well,’ says Professor Choudhury.

‘The problem starts because cholesterol shouldn’t be in the artery walls. There is a process for removing it but if that doesn’t work, then the immune system gets called in.’

This triggers molecules known as interleukins that draw in immune system troops, ‘and the scene is set for inflammation to damage the heart’, he explains.

So, using drugs to bring down that inflammation, as well as statins, makes a lot of sense.

However, researchers such as Professor Choudhury have found that it’s no good using any old anti-inflammatory. ‘You need ones that target the interleukins involved,’ he says.

This became clear in 2019 in a trial by Professor Ridker involving 4,500 people with heart problems and type 2 diabetes, funded by the National Heart, Lung and Blood Institute in the U.S. Patients were given an established anti-inflammatory drug, methotrexate, to see if it would cut heart attacks or deaths. It didn’t. The reason, it turned out, was that it didn’t affect the relevant interleukins, specifically IL-1 -beta and IL-6.

However, the anti-inflammatory drug colchicine, which has been used for 100 years, does target these — and according to Nature magazine, some cardiologists have begun prescribing it.

While suppressing inflammation to lower heart disease is backed by large-scale trials, the question remains as to whether these heavyweight drugs should be prescribed for prevention.

Patients could be taking them for years with little or no obvious day-to-day benefit, and potential side-effects range from headaches and vomiting to liver and lung disease.

This is something that concerns Ziad Mallat, a professor of cardiovascular medicine at the University of Cambridge. ‘The risk is that the patient becomes more vulnerable to infections,’ he says. This is because these anti-inflammatory drugs work by lowering the effectiveness of the immune system.

‘Colchicine does lower inflammation affecting the heart but patients have more infections,’ says Professor Mallat, who has recently published research on a drug called Aldesleukin that can both bring down inflammation and keep the protective side of the immune system working.

Now he and his team are looking at the possibility of developing an mRNA vaccine similar to the one for Covid-19, identifying the protein triggering the cholesterol-driven inflammation and using the vaccine to block it.

But is the new approach the right way round — does the heart disease actually come first, then the inflammation?

‘Rather than being the cause of heart disease, inflammation is the body’s response to poor diet, lifestyle and environmental factors,’ he says. ‘We should be aiming for optimum amounts of micronutrients: deficiencies of vitamins and minerals are key factors in heart disease, as is a diet high in refined carbohydrates and sugar.’

But Professor Ridker doesn’t believe we have to choose one or the other. Quite the contrary.

‘The likes of diet, exercise and smoking cessation not only all lower systemic inflammation, they also reduce cardiovascular event rates,’ he told Good Health.

‘So nutrition and lifestyle factors matter more than ever for prevention.’

Can you run up the stairs?

I’m up and down the stairs all day, but I wouldn’t run. Every morning I spend between ten and 20 minutes on an exercise bike, and I visit the gym twice a week.

When I met Jonty [his personal trainer Jonathan Williams] nine years ago he tried to teach me how to ride a bike. But what we didn’t know was at the age of 77 you cannot learn balance. Then he arrived one day with a tricycle — and I still use it. 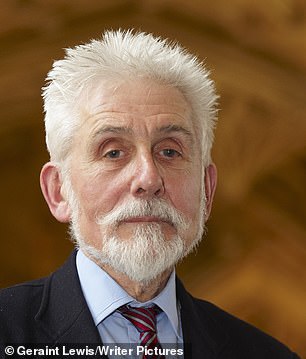 Get your five a day?

Jonty’s very keen on vegetables such as broccoli, cabbage, cauliflower — I love a good dish of roasted vegetables.

I got rather podgy in the 1970s. I became a museum director when I was 31 and you tend to get exposed to the grand life. Then, being extremely vain, I did go on a tough diet. Jonty has now got rid of the fat at the side and the back — he’s got my pectoral muscles from 38in to 43in — but I’ve still got a band of fat round my middle. I would like to get back to my 32in waist but I think it will have to be 34in.

My mother lived until the age of 89 and my father until 90, and they did absolutely nothing towards it so there might be a stroke of luck there.

When I was in my early teens, I was told I had a hole in my heart and wouldn’t live a year. Then, in 2019, I had a blackout on my birthday. I opened the fridge to get some milk and the next thing I remember I was standing up again looking down at a huge pool of blood on the floor. The hearing in my left ear is now impaired and I had to have a pacemaker put in.

I think feeling low is slightly different. When my wife [Julia] died in 2003, moving house to Ledbury gave me a lift because I love creating something.

I’ve been drunk once, in about 1956, and I remember thinking ‘never again’.

What keeps you awake at night?

I have the radio going the whole time and I sleep through it but I might catch a bit of the World Service.

I don’t like snakes. I love cats — I couldn’t live without a cat. Tabitha sleeps on the canopy of my four-poster.

Pick of the guilt-free mince pies! We taste and rate a selection

How does the NHS decide who they pay to treat – and who misses out?