The U.S. is one of the few countries still recommending masks in schools as most nations let kids attend classes without face coverings.

Although states are allowed to set their own rules, the Centers for Disease Control and Prevention (CDC) suggests universal indoor masking for all students above age two regardless of vaccination status.

In fact, 68.2 percent of the 500 of the largest school districts in America still require masks, according to data analytics firm Burbio.

But there are only six other nations in the Western world that require or strongly advise kids to cover their noses and mouths.

Meanwhile, more than a dozen other countries, including the UK, the Netherlands, Norway, Sweden, Germany and Australia have since dropped their mask mandates or never had them begin with. 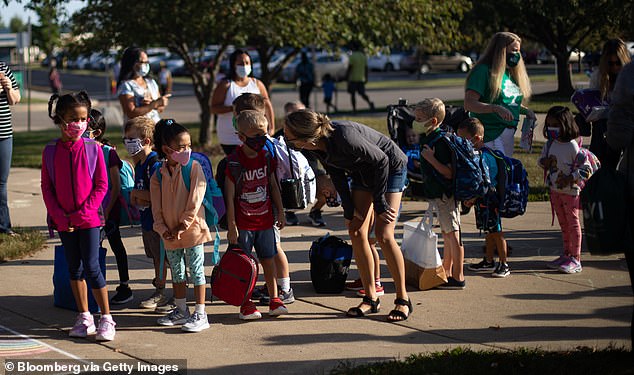 The U.S. is among seven countries in the Western world recommending masks for children in schools. Pictured: Kindergarten students arrive at an elementary school during the first day of classes in Novi, Michigan, September 2021 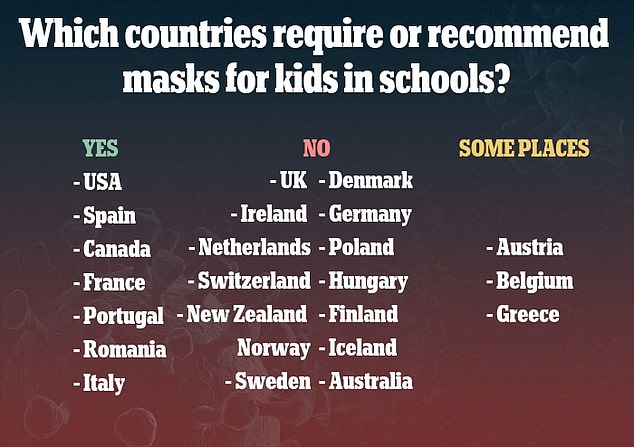 However, at least 14 countries, including the UK, the Netherlands, Norway, Sweden, Denmark and Australia, don’t require kids to wear face coverings

Aside from the U.S., DailyMail.com could only identify six other Western countries where masking is broadly required or recommended in schools: Canada, France, Italy, Portugal, Romania and Spain.

In Canada, America’s closest neighbor, provinces get to set their own rules just like states do in the U.S., with most instituting mask mandates.

The remaining two provinces, Quebec and Newfoundland & Labrador, only don’t require masks if case rates in the surrounding areas are low.

In France, mandatory face masks had been lifted by the requirement is being reimposed for all elementary school students as of November 15 due to rising case rates.

Recent studies have found that children are just as likely as adults to test positive for Covid, but about half are asymptomatic compared to 10 percent of over-18s.

The risk of being hospitalized and death is much smaller with less than 0.1 percent of kids falling severely ill or dying of Covid.

And because of this low risk, most Western nations have opted to ditch the masks and have kids return to ‘normalcy’ in classrooms.

In the UK, for example, millions of children returned to schools in early September with face coverings not required.

And while masks are a politically divisive issue in the U.S., members of both the Conservative and Labour Parties in the UK have stated that wearing masks prevent children from being able to communicate and socialize.

That gamble appears to have paid off. 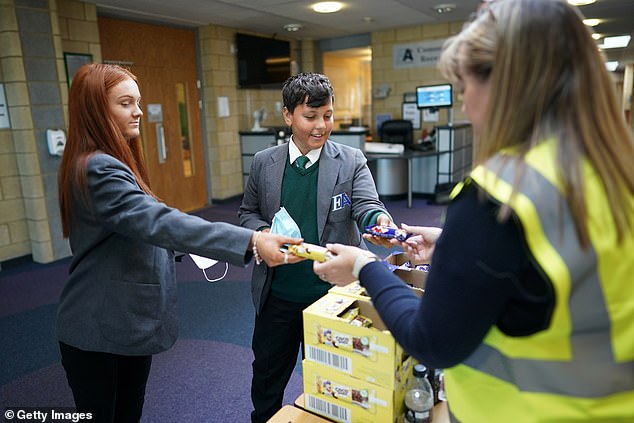 In the UK, millions of children returned to schools in early September with face coverings not required. Pictured: Lauren McLean, 15 and Felix Dima, 13, at Excelsior Academy in Newcastle upon Tyne, England, September 22 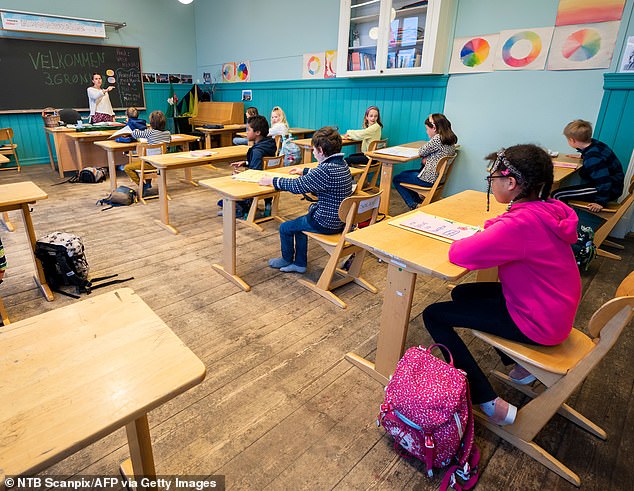 A recent DailyMail.com analysis found that kids in the U.S. are being hospitalized at a rate up to four times higher than kids in the UK.

In Scandinavian countries – Denmark, Norway and Sweden – almost all COVID-19 restrictions have been lifted, including mask mandates.

In Irelands, kids under age 13 are not required to wear masks and in Iceland and the Netherlands, middle and high school students are only required to do so when not seated in classrooms.

So why are Europeans less likely to mandate masks in schools? There are a few reasons.

For example, West Virginia and Idaho have yet to vaccinate 50 percent of their populations compared to more than 70 percent in all Nordic countries, according to data from the U.S. CDC and the European Centre for Disease Prevention and Control.

Secondly, trust in authority figures is higher in the European Union than in the U.S.

‘Because of this, parents and the policymakers representing them may feel less need to protect children from each other with masks,’ writes Anthony La Mesa in Medium. 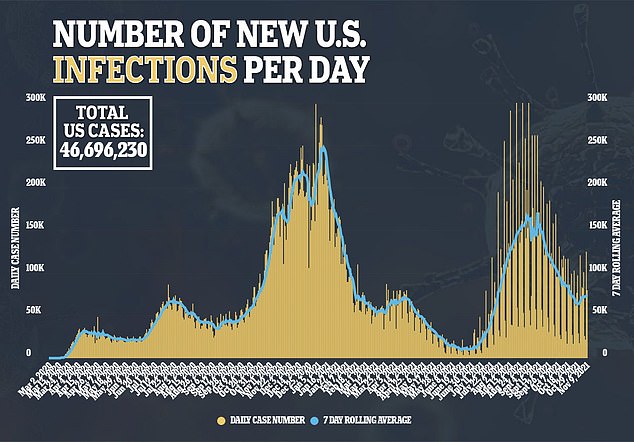 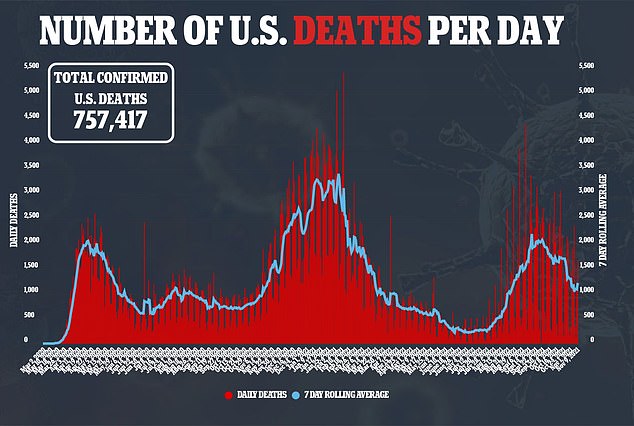 Another reason could be that more testing occurs in Europe than in the U.S.

Currently the UK’s Department of Education requires all secondary school students, between ages 11 and 18, be tested at home twice a week using tests.

Because there is no regular testing at many U.S. schools, kids are being sent to classrooms instead of being kept at home because tests aren’t detecting these cases.

This can lead to these children being hospitalized themselves or infecting other children who end up hospitalized.