A signed first edition copy of James Bond novel Casino Royale is tipped to sell for £95,000.

Author Ian Fleming gave it to Anthony Kemsley whose father, his former boss Viscount Kemsley, had allowed him time off to write.

The 007 creator worked as foreign news manager for Kemsley Newspapers. 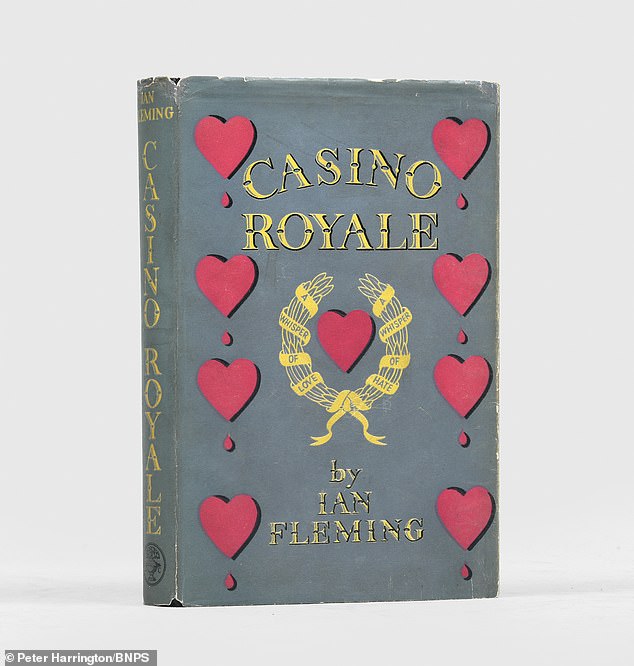 A signed first edition copy of James Bond novel Casino Royale is tipped to sell for £95,000

But his contract stipulated that he could have every January and February off to write at Goldeneye, his Jamaican home.

Only 4,760 first edition copies of the book, which became Daniel Craig’s Bond debut in 2006, were printed. This copy is in its original heart-covered dust jacket.

“In this instance the association is particularly charming, showcasing a relationship instrumental in the creation of the character and his enduring legacy.”

Casino Royale was adapted into a film starring Daniel Craig as Bond in 2006.

In total, Fleming wrote 14 Bond books which have sold over 100million copies worldwide.