Music has helped the nation get through Covid pandemic
Advertisement

Music has gone some way to help the nation get through the pandemic.

Over a quarter of us have increased how much we listen to it compared to before the lockdowns started, a survey reveals.

Listening to music was found to be most pronounced among 16 to 24-year-olds, with 45 per cent saying they had plugged into it more since the crisis began. 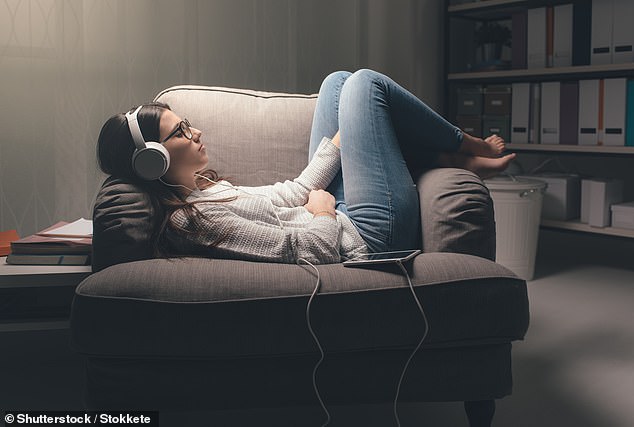 Over a quarter of us have increased how much we listen to it compared to before the lockdowns started, a survey reveals

In total, half listened to music to raise their spirits, while 42 per cent said it helped them to relax or sleep.

Four in ten said it alleviated boredom, while 27 per cent used music as an aid to boost concentration when working or studying.

A quarter saw it as an ideal accompaniment to exercise, while for 21 per cent it helped to keep households entertained.

Geoff Taylor, of the BPI record labels association, which published the poll, said: ‘Music has many intrinsic additional benefits, not least in raising spirits and promoting wellbeing.

‘But this research underscores just how much of a lifeline it’s been for people since lockdown – inspiring and reassuring us and also helping many of us to work, study and exercise to greater effect.’