A Vietnamese teenager accused of being a key ‘organiser’ in the fatal people smuggling operation which saw 39 migrants suffocate in the back of a container on its way to Essex has lost his appeal against extradition.

Ngo Sy Tai, also known as Hung Sy Truong, is wanted in Belgium over allegations he ran a so-called ‘safe house’ for his fellow Vietnamese nationals in Anderlecht, Brussels.

Joel Smith, representing Ngo, appealed against extradition and cited a lack of detail in the charges against his client, meaning he was unable to sufficiently advise him. 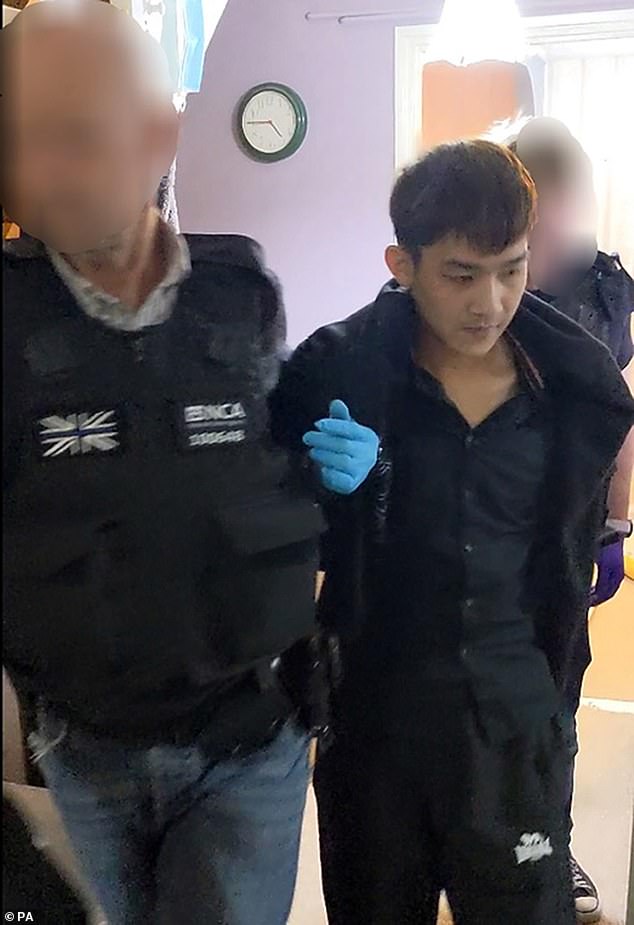 Ngo Sy Tai, pictured right, was arrested in Redditch, Worcestershire, on a European Arrest Warrant in connection with the deaths of Vietnamese migrants. Today he lost an appeal against his extradition to Belgium 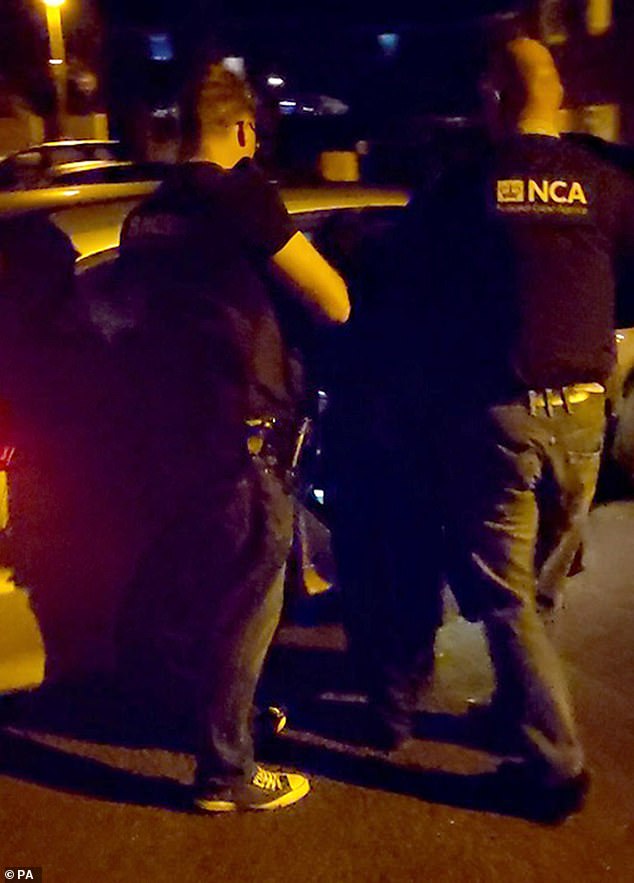 District Judge Mark Jabbitt, in his written ruling handed down at Westminster Magistrates’ Court today, said Ngo should be extradited.

But District Judge Mark Jabbitt, in his written ruling handed down at Westminster Magistrates’ Court today, said Ngo should be extradited.

He faces up to 20 years in prison if he is convicted over the operation, an extradition hearing at the same court heard last month.

Ngo, who is said to be 18, fled to Berlin and then to Birmingham following the grim discovery of the 39 dead men, women and children in an airtight trailer the morning after it left the Belgian port of Zeebrugge, bound for the UK, on October 22, 2019.

The victims, 10 of whom are said to have passed through Ngo’s four-storey terraced safe house on a quiet backstreet, had hoped for a better life in Britain when they agreed to pay up to £13,000 a head for a ‘VIP’ smuggling service.

The court heard Ngo, who would therefore have been just 16 at the time of the deaths, is accused by Belgian authorities of being a member of a criminal organisation, being involved in human trafficking and using forged documents.

Outlining the case for the Belgian authorities, Daniel Sternberg said: ‘He (Ngo) is described as an organiser for the people-trafficking organisation, arranging accommodation and transit for money.

‘The vulnerable position of the people who paid money to be smuggled was abused and minors were also abused.

‘A criminal attitude on the part of Ngo and others amounted to gaining money with total disregard to the physical and psychological impact on the victim.’

Mr Sternberg said the migrants kept at the safe house were ‘forbidden to leave, and were obliged to be silent during their stay’.

He said Ngo also arranged for taxis to take the Vietnamese migrants to a location near the France-Belgium border before they were put on to the lorry bound for the UK.

Mr Sternberg said there was ‘sufficient evidence’ to bring a case against Ngo, potentially this summer.

The matter will now be sent to the Home Office for the Secretary of State to rubber-stamp extradition, pending any appeal by Ngo’s legal team.

Ngo was located by NCA officers at an address in the Redditch area of Worcestershire, on December 15 on foot of a European Arrest Warrant.

According to the NCA he moved at least ten of the victims from a safe house in Anderlecht in taxis to a location on the French / Belgian border where they were loaded onto trucks.

After discovering the migrants had all died in the back of the truck, Ngo fled to Germany before going to the UK.

‘We are working closely with partners in the UK, Europe and beyond to disrupt and dismantle organise criminal networks involved in people smuggling.

‘The arrest of Tai demonstrates that in action, and demonstrates our continued determination to get justice for the families of those who so tragically died in October 2019.

‘People smuggling is a horrendous trade where those involved treat migrants as a commodity to be profited from and do not care about their safety or wellbeing. There can be no greater example of that than this case.’

Tiger Woods had empty pill bottle and was ‘combative’ after crash