SAM LEITH argues technology has made plotlines more ingenious than ever

Video gamers say the play to socialize and rarely spend all night glued to the screen, survey finds

Housework will never disappear, alas. But a global technology revolution is set to make our homes simpler to operate – and also more hygienic.

Change was already under way before the pandemic, but lockdowns and working from home have accelerated the pace.

Now a whole range of companies are betting that more people will invest in devices that take the strain out of cleaning, combat infection, provide a restaurant-type experience, or lift the mood through lighting or other means. 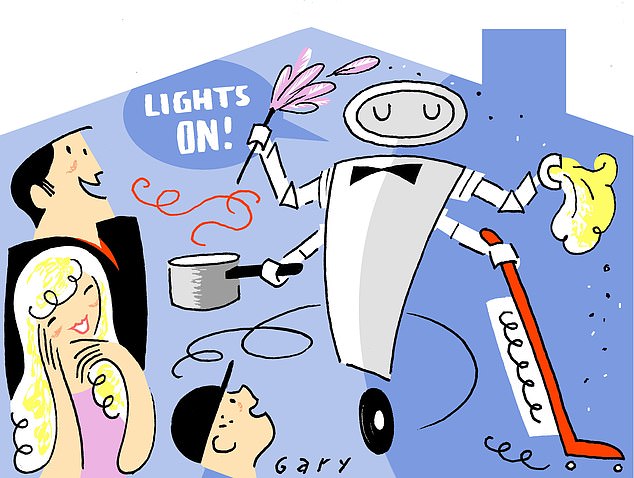 Home of the future: Companies are betting that more people will invest in devices that take the strain out of cleaning, combat infection or provide a restaurant-type experience

American houses are being equipped with systems that mimic the light outdoors based on the time of day, allowing the occupants to be ‘at one with nature’.

In the UK, sales of seasonal affective disorder (SAD) lamps, such as the Beurer Wake Up Light have risen by 81 per cent at John Lewis.

This Bluetooth device (£120) helps you fall asleep to a light that mimics sunset and rouses you from your slumbers to a simulated sunrise with soothing sounds.

For further solace, you can jump into a chromotherapy shower, where the water changes colour, either to a prefixed palette, or your own selection of cheering shades. Living House offers systems starting at £170 (livinghouse.co.uk).

Robotics will play a crucial role in this transformation of the way we live, clean and cook. Irobot (irobot.co.uk), the U.S. company behind the £1,199 Roomba robot vacuum cleaner and mop (operated via an app on your phone), contends that, before too long, a robot will load and unload the dishwasher. 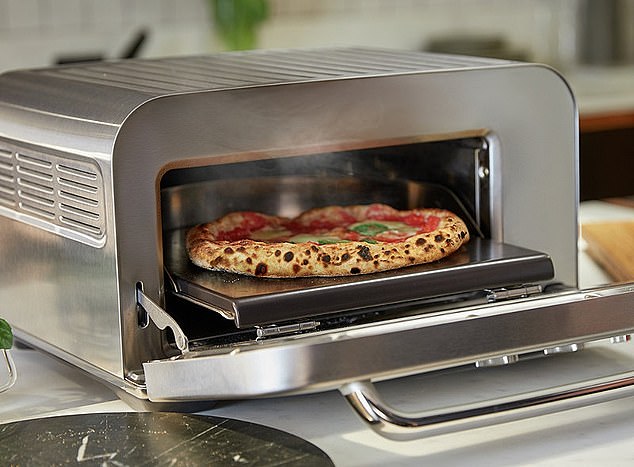 The Sage pizza oven (£699.99) is powered by algorithms that ensure even cooking

Not every innovation smacks of sci-fi. Huge effort is being applied to the improvement of everyday gadgets, particularly those essential for breakfast, which has become a more important family meal thanks to home-working and schooling.

Lovers of toast will be unable to wait for the arrival on our shores of The Toaster from Balmuda, a Japanese company. For £240 it pledges to deliver the perfect slice of toast (or cheese on toast) thanks to steam technology.

It is now possible to see how such appliances could look in your kitchen by downloading an augmented-reality app onto your phone.

Anyone thinking of acquiring a Sage espresso machine (£379 to £1,999.95, sage appliances.com) or £699.95 pizza oven, powered by algorithms that ensure even cooking, can use this technology to see which machine best suits their decor, while weighing the cost against likely usage. 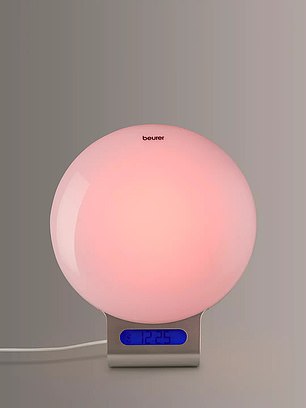 In the UK, sales of seasonal affective disorder (SAD) lamps, such as the Beurer Wake Up Light have risen by 81 per cent at John Lewis

The appeal of the £279.95 Simplehuman (simplehuman.co.uk) combined waste and recycling bin — which opens when you approach or say ‘open can’ — may seem less obvious.

But this item is in the vanguard of the shift towards contactless living in the kitchen and elsewhere in the home, which is set to be the lasting legacy of the fear of infection spurred by coronavirus.

A voice command will open the door of the next addition to the LG range of InstaView smart fridges, which connect to wifi and have an interactive screen that displays the contents of the fridge.

LG’s £5,449 wine cooler opens with a sensor, a high-tech feature in a device which promises to replicate the temperature conditions of a deluxe restaurant cellar (lg.com).

Visions of the future

Assuming that we want to have as much family fun as possible at home, this month LG also unveiled a 48 in TV bendable screen, to be used flat for watching TV and curved for gaming.

Other devices that may be on their way include the Sparshless contactless button that can be installed in existing lifts to reduce the transmission of bacteria. You choose the floor to which you wish to go by pointing at the button.

Future Of The Home, a new report from Aritco, the Sparshless developer, outlines other designs spurred by the pandemic, such as the Vortec bladeless ceiling fan, developed at the Nanyang Technological University in Singapore, which kills microorganisms.

Researchers in the Swedish city of Umea have produced the Muho, a hallway sanitisation station that disinfects hands, keys and phones.

Let’s hope that Electrolux, which collaborated in the project, opts to roll-out the product.

Justin Sablich of the consultancy Springwise, the report’s author, says that ‘the pandemic has shifted our priorities’.

The assumption that our lives will be different for a number of years will drive the adoption of more technology, especially since many households were already running their lives differently thanks to voice assistants such as Alexa and mobile phone apps.

But our readiness to adapt to this change should not throw us off our guard. The smarter your home becomes, the higher the risk of hacking.

A dishwasher that orders up its own supplies of detergent and salt may be a handy housemate, but it has the potential to become an enemy within.

A report from the Which? consumer agency revealed that the security updates on some smart appliances run out before the end of the lifetime of these appliances, leaving them vulnerable to hackers.

Let’s hope that the Government moves swifty, as promised, to ‘ensure stronger security is built into consumer smart products’, because the home revolution is unstoppable.

What your home really needs is a… new vase 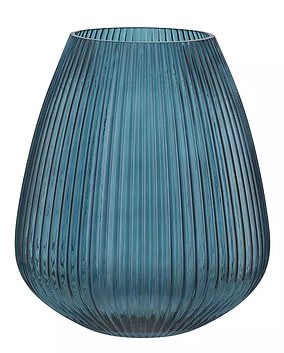 There are still 57 days until the first day of spring. But as every home needs that season’s spirit of hopefulness just now, a new vase will help.

Fill it with daffodils from the supermarket and position it close to yourself on a Zoom call and you will spread the cheer around.

You could tell everyone that the Egyptians (who began making pottery vases in about 1,500 BC) seem to have been the first to display blooms this way, but that’s up to you.

Whatever your taste in decor, this is one of the cheapest ways to raise the mood. At Dunelm, a rectangular glass vase with a Scandi feel costs just £6 (dunelm.co.uk).

The ancient Greeks’ obsession with vases is well-chronicled, and many of their masterpieces fill our museums.

If you long for a modern masterpiece, Selfridges (selfridges.com) can oblige with examples of Waterford crystal (£100 to £1,121).

Britain’s most expensive parking space goes up for sale for £350,000