JENNI MURRAY: Too many rules are driving us oldies to bad habits
Advertisement

Three years ago, in 2018, I wrote proudly of what I considered to be one of my greatest achievements. I had given up smoking. It was hard.

I’d been a smoker since I nicked a fag from Dad’s packet around the age of 16.

Please don’t ask why I persevered back then when it made me dizzy and sick. I guess it was because my friends and I all thought we were really cool as we gathered outside the bowling alley or behind the bike sheds for a quick one.

I gave up twice during two pregnancies, but as soon as the birth was over, I couldn’t wait to get started again. This time, however, I really thought I’d cracked it.

I had a vape for a little while, which gave me something to do with my hands, then I kept nicotine gum in business for a short time, and then I said: ‘OK, that’s it. No more nicotine. You don’t need it. Just stop.’

I felt much better. My breathing improved, my cough all but disappeared, I enjoyed going out for walks and getting exercise rather than wasting time sitting down with a coffee and a cigarette. Life had changed for the better. 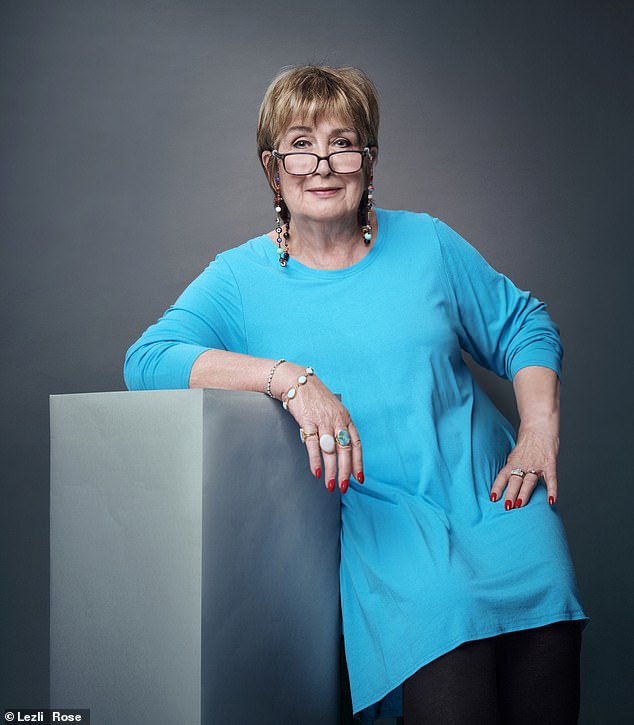 Jenni Murray (pictured) gave up smoking in 2018 after being a smoker since the age of 16. The columnist discusses how she has started smoking again amid the Covid-19 pandemic

Then, a year ago, life suddenly changed for the worse for us all. Lockdown. Nowhere to go. No-one to see. My family at one end of the country and me at the other. No company at home apart from three dogs and a cat.

I was still going to the BBC to present Woman’s Hour, but masks had to be worn in the taxi, temperature checked on entering Broadcasting House, hardly anyone there and no guests to interview in person, all down the line.

It was after a particularly difficult day of technical difficulties, frightening news about Covid admissions to hospital and the realisation that my 70th birthday in May was to be spent at home alone, that I felt that familiar ache.

One packet wouldn’t do any harm, would it? I could just smoke one and throw the rest away. Yeah, right! From years of experience, I should have known that was unlikely. I’m now smoking at least ten a day!

Was it just loneliness and boredom that drove me back to it or is the addiction to nicotine too powerful? I don’t even enjoy it. I hate the stinking, full ashtray on the table where I sit to write. It disgusts me, but I continue.

There is, I suspect an element of rebellion. When the government was bossing us about in those early days, and not always as comprehensively as it should have done, were those of us who went back to old bad habits merely saying: ‘No, we’re free to do as we please, thank you.’ We didn’t like the idea of rules.

We did try to stay home, never shake hands and keep socially distanced, but I think it awakened an almost childlike need to refuse to obey.

As the rules continue to be enforced even though more than 90 per cent of over-50s in England have now been vaccinated, as we all struggle to remember what’s allowed and what isn’t, maybe some of the ministers and scientists who were so keen on telling us how to behave might reflect on the negative impact to our health — the inevitable overeating, smoking and drinking that goes on to compensate.

As things begin to brighten up — hair do on Monday, manicure, pedicure and second Pfizer jab on Wednesday — it will be time to take myself in hand again. Or so I tell myself.

When I saw the chest X-ray for my broken rib (I tripped and fell outside the supermarket a couple of weeks ago), I expressed my relief at seeing ‘no indication of lung cancer, yet.’

‘Do not say ‘yet’,’ retorted the lovely consultant. ‘Give up. Now!’ I promised I would. Soon. 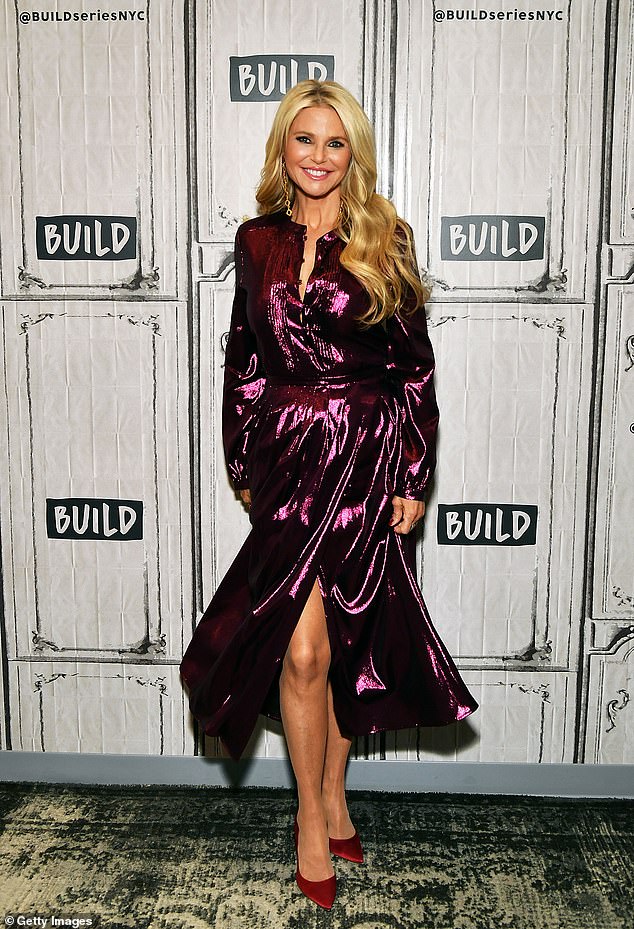 The UK-based columnist also revealed that like the model Christie Brinkley, 67, (pictured) she too will refuse to ‘go into retirement’

Well done to the model, Christie Brinkley, who, 38 years ago was the Uptown Girl in the video of Billy Joel’s hit song.

She’s now 67, has had a double hip replacement, is launching a new line of beauty products and says she’s ‘just too young not to be working’.

She refuses to ‘go into retirement’. As do I.

Some of my sharpest, brightest friends still work in their 80s. ‘It keeps the brain alive’, says one.

HELPLESS AS I WATCHED MUM SUFFER

Never, as long as I live, will I forget the hours I spent at my mother’s bedside in her care home as Parkinson’s Disease took its final toll.

Her whispered pleas of ‘Please, please, Jen, help me. Please find a way to help me die’ still ring in my ears. She trusted me to be able to do anything. That, I told her, was something I could not do. It was — and still is — illegal.

My father and I had cared for her for as long as possible at home, but, as her needs became more and more complicated, we could see she needed specialist care.

She had been an active, busy, independent woman, and she hated her complete immobility —having to be taken to the bathroom in a wheelchair and hoisted into the bath. Soon she could not eat, and then could not even swallow.

After such an experience I became an advocate of assisted dying and would back without reservation the call for the law to be reviewed made by Mr Henry Marsh, the retired brain surgeon and author, who’s been diagnosed with advanced prostate cancer.

The time of dying should surely be mine to decide and no child of mine will need to be haunted by pleas to help me go.

How did banter, defined as ‘the playful and friendly exchange of teasing remarks’, become the go to word to describe sexual insults directed at school girls in recent years?

It’s neither playful nor friendly, and, like ‘boys will be boys’ is one of the most dangerous expressions in the language.

YOU TOO CAN HAVE TEA WITH A TIGER 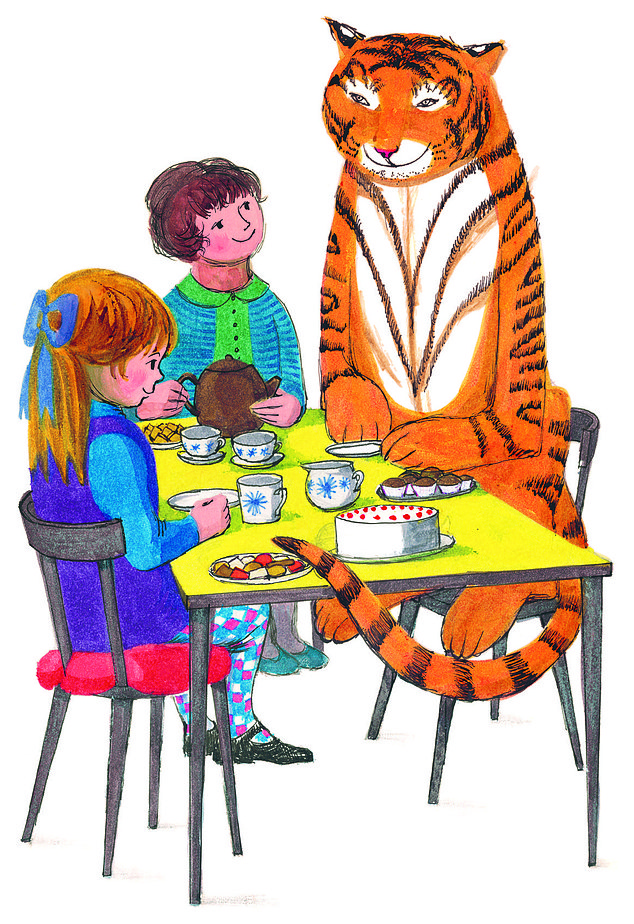 Jenni said Judith Kerr’s The Tiger Who Came To Tea (above) was a favourite of her sons, and she is thrilled Judith’s kitchen will go on show in the National Centre for Children’s Books

Judith Kerr’s The Tiger Who Came To Tea was such a favourite in my house when the boys were small.

I remember asking Judith about the theory that the book was inspired by her family’s escape to London from Nazi Germany as a child. Was the fear of the arrival of danger at her door behind the story?

‘No,’ she told me. ‘We’d been to the zoo and my daughter loved the tigers. Tacy was 3 and kept asking me to ‘talk the tiger’ so I did!’

It’s such good news that Judith’s kitchen, the model for the illustration of the tiger drinking all the water in the tap, is to be put on show in the National Centre for Children’s Books in Newcastle.

A delightful place to have tea for the next generation of young readers.

EVEN I’M TURNING OFF THE BBC

I’ve probably watched more television in recent weeks than in my entire life and can count on the fingers of one hand shows made by the BBC that have really gripped me.

Now we know why. The BBC, in reply to one disgruntled viewer who wrote to the director general this week, said it does not make programmes aimed specifically at older viewers because their tastes are too varied.

Let’s have presenters with wisdom, maturity and gravitas, drama with characters who’ve lived a little. As for comedy: something clever, elegant and actually funny.

Caution is right. But these Covid jabs WILL save lives, writes Professor HERB SEWELL