Animal rights activists scaled the Defra and Home Office building in London today as they demanded ‘government support for a plant-based food system’ at Cop26.

The activists from Animal Rebellion climbed up the structure on Marsham Street in Westminster, which houses both departments, from about 6am this morning.

The group, which is affiliated to Extinction Rebellion, organised the protest ahead of the United Nations climate change summit in Glasgow which starts this Sunday.

Animal Rebellion, which was founded in July 2019, said it would continue to take action until the Government ‘defunds meat and subsidises a plant-based transition’.

Police, firefighters and paramedics were all at the scene, and the protesters – who were all wearing climbing equipment – hoped to drop a banner over the entrance. 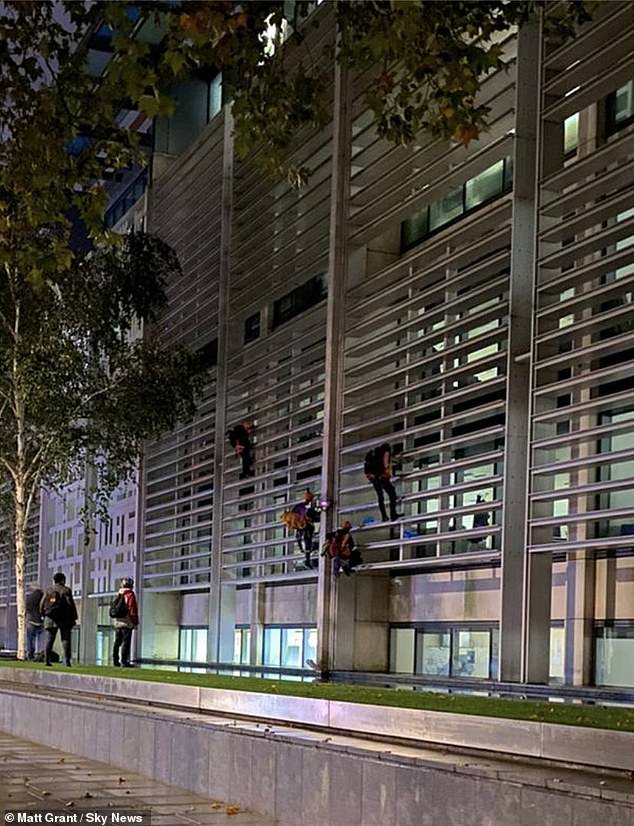 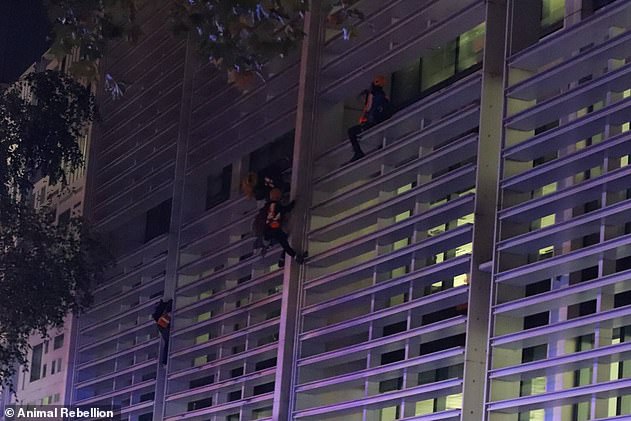 The protest on the building, which houses the Home Office and Defra, began at 6am today

They told a Sky News reporter at the scene: ‘Ahead of Cop26 we are calling for – no, demanding – that the world wake up and switch to a fully plant-based diet.’

A Scotland Yard spokesman said: ‘Police were called at 6.09am following reports that a number of protesters had scaled a government building in Marsham Street.

‘Officers are on scene with the London Fire Brigade. There have been no arrests at this time.’ The force said on Twitter that it was ‘engaging with the protestors’.

‘The protestors have said that they will take action until the government defunds meat and subsidises a plant-based transition.

Animal Rebellion, which was founded in July 2019, said it would continue to take action until the Government ‘defunds meat and subsidises a plant-based transition’

‘Meat and dairy is one of the leading producers of greenhouse gases and causes 90 per cent of Amazon deforestation.

‘World leaders at cannot talk about meeting the Paris climate targets and securing global net zero without addressing that our food system is destroying our planet.’

In response to the tweets, some social media users supported the group’s actions, saying ‘Yaaaaaaaaas!’ and ‘Go you guys! The activism that needs to happen.’

But one said: ‘I am going to eat meat for all three meals today, despite usually aiming to go meat free for at least two. This is purely because I find your methods completely odious.’ 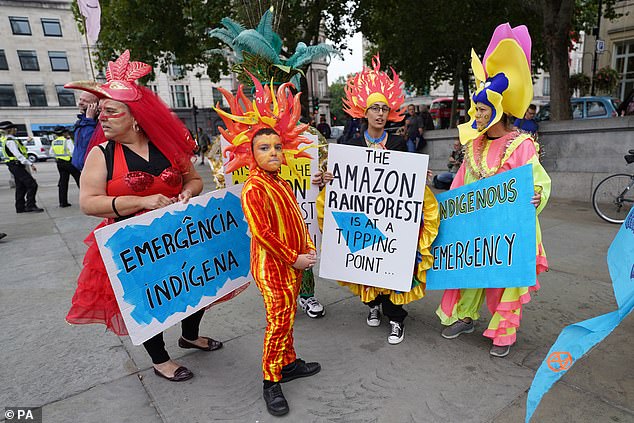 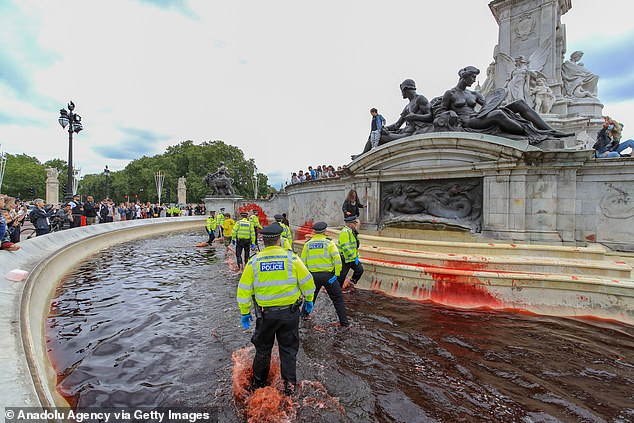 And another added: ‘I don’t want to eat a plant based alternative to meat. Who do these people think they are? It’s personal choice what people choose to eat.’

Others said: ‘Nice leather boots they are wearing’, and ‘Stand for election. Otherwise the public is entitled to laugh at you.’

It comes after Insulate Britain activists were effectively banned from all major roads in England yesterday following a landmark High Court ruling.

The eco-zealots, also linked to XR, brought parts of London to a standstill once again yesterday – several of them superglueing their hands, feet or faces to roads.

Judges approved the application of an injunction against protesting on 4,300 miles of motorways and major A-roads, also known as the Strategic Road Network. 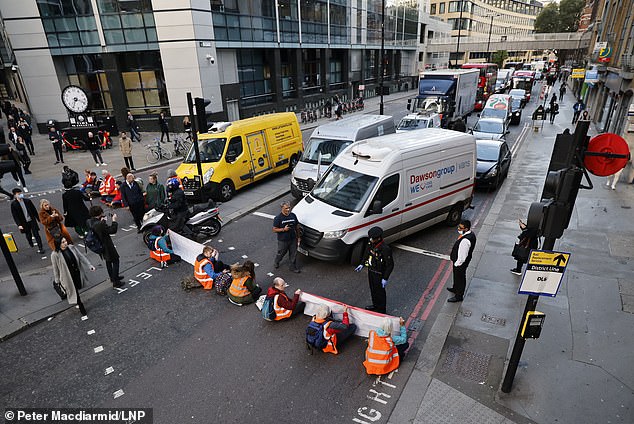 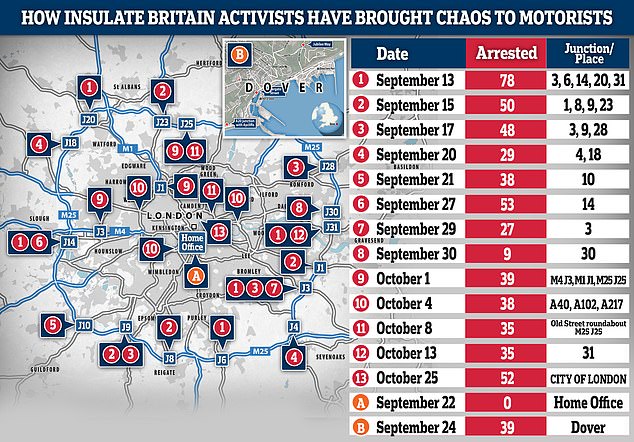 Anyone breaking it faces unlimited fines or jail for contempt of court. Yesterday’s blockades – the first in ten days by the group – triggered more fury from Londoners.

Also yesterday, Boris Johnson admitted the Cop26 climate conference could end in failure as it emerged the world has not met a key funding deadline.

The Prime Minister warned that it was ‘touch and go’ whether key goals would be met at the UN summit to tackle global warming.

He admitted ‘we might not get the agreements we need’ due to major world leaders, including China’s Xi Jinping and Russia’s Vladimir Putin, not attending the summit.