As she reveals memoirs are heading for Broadway, why Shirley Ballas's life was made for the stage
Advertisement

Shirley Ballas has revealed that she is in discussions with Broadway producers about turning her blockbuster life story — as told in her autobiography Behind The Sequins — into a musical.

The 61-year-old Strictly judge’s eventful life has had twists and turns worthy of any stage show.

From her extraordinary rise out of childhood poverty in Merseyside, reminiscent of the Blood Brothers plot, to a sizzling love affair between dance instructor and student straight out of Dirty Dancing, every chapter of Shirley’s life could be a musical. ALISON BOSHOFF spots the similarities . . .

In the musical, cleaner Mrs Johnstone gives up one of her twin boys to her wealthy employer, with tragic consequences.

In a similar vein, Shirley’s father Andy Rich walked out on her mother Audrey when she was two. 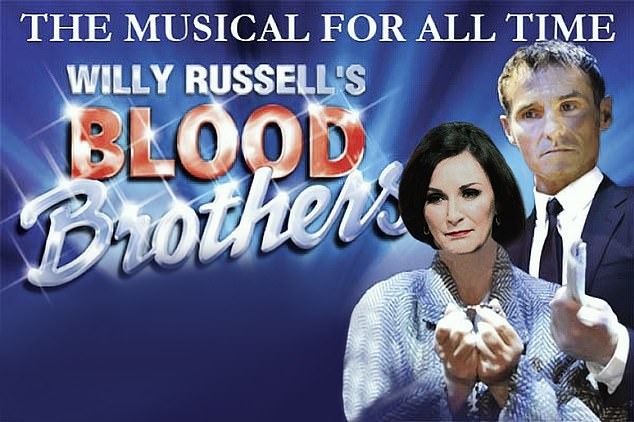 In Blood Brothers fashion, Shirley’s father walked out on her mother when she was just two

‘Not a penny was given . . . not even a pair of shoes,’ says Shirley. Audrey worked in a chocolate factory and as a forklift-truck driver.

Shirley says: ‘We were on welfare and didn’t even have a fridge. I think I was always driven because I came from absolutely nothing . . . My brother David was ashamed that we got free school dinners, but I’d think, “I’m getting roast potatoes on a Tuesday — how good is that?’

She reconnected with her father after the death of David in 2003.

Boots for My Fair Shirley

The Lerner and Loewe musical My Fair Lady, based on George Bernard Shaw’s Pygmalion, tells the story of Cockney flower girl Eliza Doolittle, who is taught to pass for a proper lady under the tuition of Professor Henry Higgins.

Eliza had lessons from Higgins and masters the required diction. Shirley, too, had much of her accent ironed out — at her mother’s insistence. 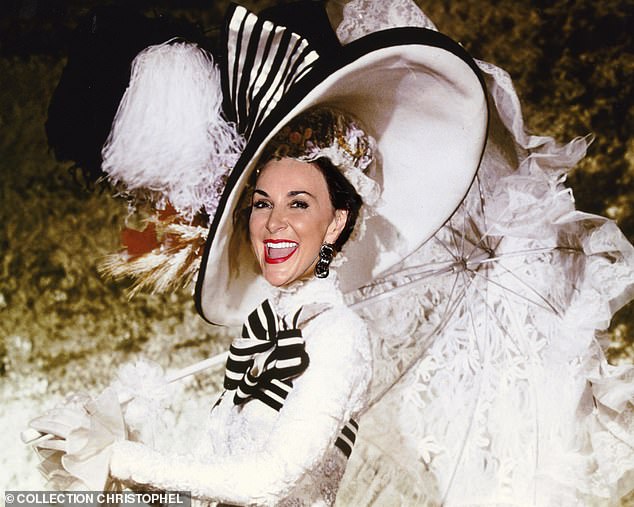 Like Eliza in My Fair Lady, Shirley also had her accent ironed out at her mother’s insistence

She wanted me to talk properly. I don’t know why she didn’t want that Scouse accent.’ Her heart was set on dance aged seven when she saw a class of ballroom dancers.

‘It was as if I’d been struck by lightning. It wasn’t the glamour; it was the way those women moved with absolute grace and purpose. I walked straight in and asked the teacher to show me how to do that.’

The sound of young love

There was no car or money, and Shirley had to travel to training sessions and contests alone.

When she was 15, she moved to Yorkshire so she could be paired up with the young British ballroom champion, Nigel Tiffany. 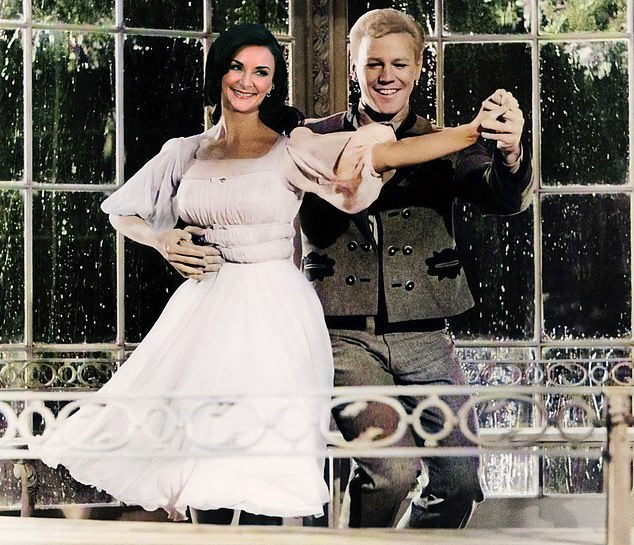 Shirley and Nigel Tiffany got engaged when she was aged just 16, a young love much like that of Liesl and Rolfe in the Sound of Music

‘I just knew we didn’t have the resources,’ she says. ‘It was hard. I missed my mum and brother, but my focus was getting better at dance.’

Romance blossomed and she and Nigel got engaged when she was 16. ‘I remember my teacher telling me at 17: “Everybody [in dance] gets married.” And I said: “But we hardly know each other.’”

In the Rodgers and Hammerstein musical The Sound Of Music, Rolfe woos teenage Liesl in the Von Trapp gazebo with the song Sixteen Going On Seventeen, saying that he — aged 18 — will take care of her.

Their romance comes to an end when Rolfe turns out to be a Nazi sympathiser.

For Shirley, her engagement with Nigel ended after she had a try out with dancer Sammy Stopford.

Hairspray and a new man

Teenager Tracy Turnblad brings the musical Hairspray to a close with You Can’t Stop The Beat — a hymn to the power of dance.

Shirley is no stranger to the combination of dance and a romantic whirlwind — it took just a few seconds for her new dance partner, Sammy Stopford, to win Shirley away from Nigel Tiffany. 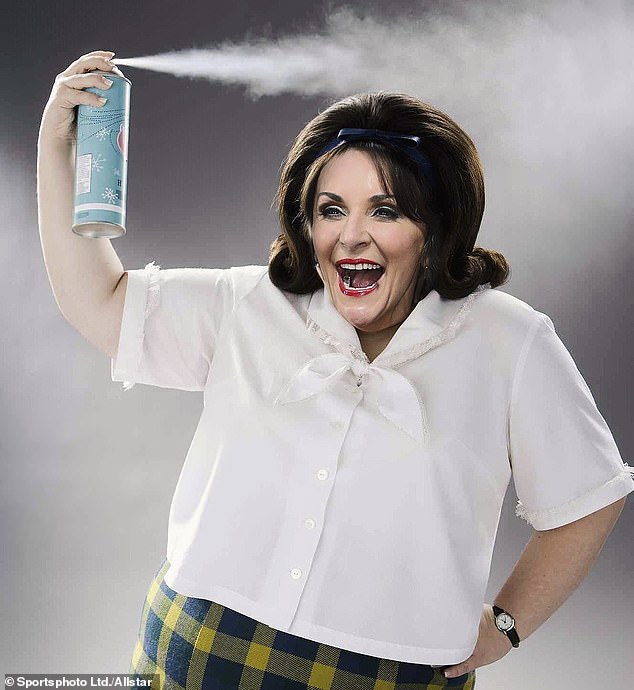 They became dance champions — and married in 1980. Later, Shirley fell under the spell of Texan businessman Corky Ballas.

Their marriage did not last but they have remained friends.

The time of her life…

The 1987 film Dirty Dancing — later a stage musical — made a star of Patrick Swayze. He played Johnny, a dance instructor at a holiday resort, who falls in love with Baby, one of the guests.

The climax is the end-of-season talent show at which Johnny and Baby dance to (I’ve Had) The Time Of My Life, complete with that lift.

Shirley was the dance instructor and Corky Ballas her pupil when they fell in love.

She says: ‘I was 23 and married when I left Sammy. The whole dance world was scandalised. Lots of people were horrified. All I can say is that I was incredibly young and I found myself at a crossroads.’ 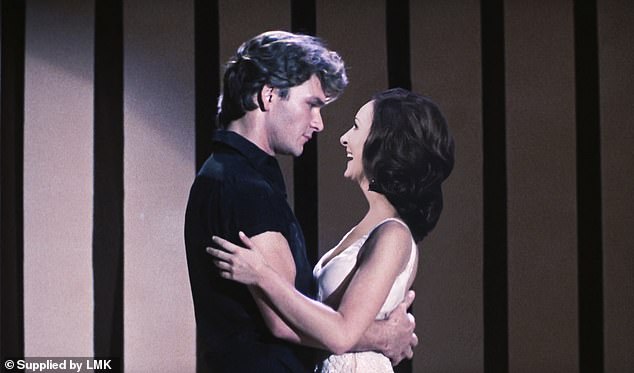 Just as with Johnny and Baby in Dirty Dancing, which later became a stage musical, Shirley  Ballas was the dance instructor and Corky Ballas her pupil when they fell in love

Corky’s account is: ‘Shirley would always flirt when Sammy wasn’t around. One day before training I came in an hour early to warm up. I was doing push-ups.

‘I’ll never forget, she came over and whispered in my ear, “Would you like me to get underneath you?”’

When she was asked to be on to the Strictly judging panel, Shirley was 56. She recalls: ‘I was speechless. 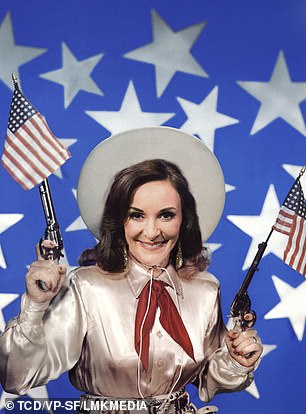 When Shirley was selected for Strictly, her ethos echoed that of Annie Oakley in musical Annie Get Your Gun

‘But for all sorts of reasons — including getting another woman up there — I wanted to do it.’

She adds: ‘You have to have a steel spine, darling. You won’t last five minutes in this kind of industry if you don’t.’

The most famous expression of her ethos is in the 1946 musical Annie Get Your Gun, when sharpshooter Annie Oakley joins Buffalo Bill’s Wild West show.

Her fellow performers explain the ins and outs of the ‘show must go on’ philosophy, singing There’s No Business Like Show Business.

Shirley displayed this spirit in spades in 2019, when she took to her judging seat days after having her breast implants removed.

Ignoring the recommended recuperation period of six to eight weeks, Shirley admitted filming was ‘agony’. Not that the audience could tell.

Washing the pain away

The song would suit Shirley as her marriage to Corky ended in 2007 after 22 rocky years during which she had breast implants in a bid to save the marriage and endured her husband’s ‘so many affairs’. 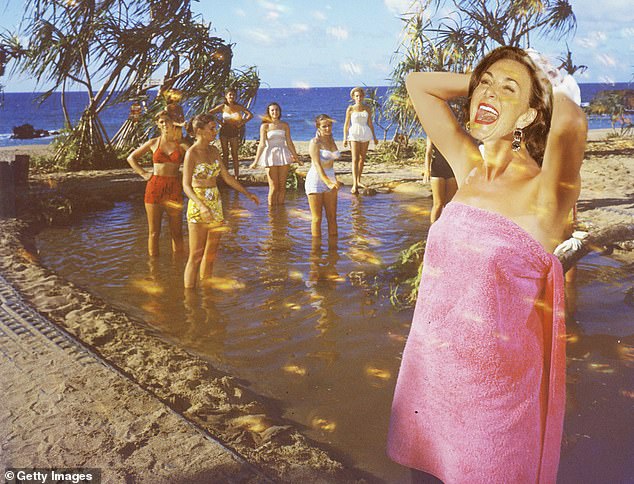 She added: ‘There was no gauge, really, of what you’re looking for when you get married. So, if you were badly treated, to me it was acceptable, when in fact, it wasn’t.’

In her book, she said she punched a love rival after the British National Dance Championships. ‘All I could hear were people whispering, “Is that Shirley Ballas?” Needless to say, I did not return to my front-row seat.’

A star is born, love at last

Shirley is happy at last with her new partner, the actor Danny Taylor, 48. They met while both were in panto in Liverpool in 2018. He was just getting over the end of a 15-year relationship.

She says: ‘He was struggling. He was totally in love with his then girlfriend and he was dismissed from that relationship.

‘But I happened to be there and somebody’s trash is somebody else’s gold. I never, ever thought in my lifetime I would meet a man who . . .He’s just a really, really good man. He’s definitely restored some confidence in me.’ 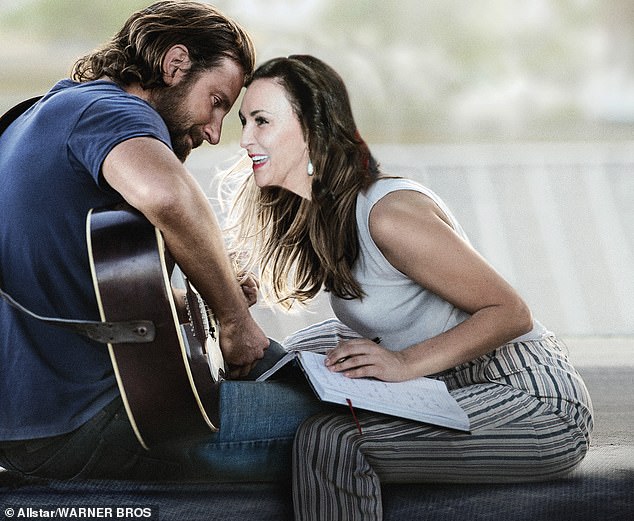 Just as Ally and Jackson in A Star is Born (pictured), Shirley and Danny Taylor fell in love thanks to a shared passion for showbiz – hopefully with a happier ending than featured in the musical

They lived together during the pandemic and she says she doesn’t rule out the possibility of a third marriage.

In the most recent remake of the 1954 musical drama A Star Is Born, in 2018, Lady Gaga plays showbiz hopeful Ally, who charms Bradley Cooper playing seasoned star Jackson with the love song Shallow, the chorus of which runs: ‘We’re far from the shallow now.’

Though their love affair also started thanks to their shared passion for showbiz, hopefully Shirley’s relationship with Danny will have a happier ending than the musical.

Beauty and the Strictly Beast

Beauty And The Beast was a hit animated film for Disney in 1991 and later came to the stage.

At its heart is the romance between Belle and the Beast, her captor, which flourishes when they realise appearances are deceptive.

While there is no romance between Shirley and fellow judge Craig Revel Horwood, there has been a falling out which was later patched up. 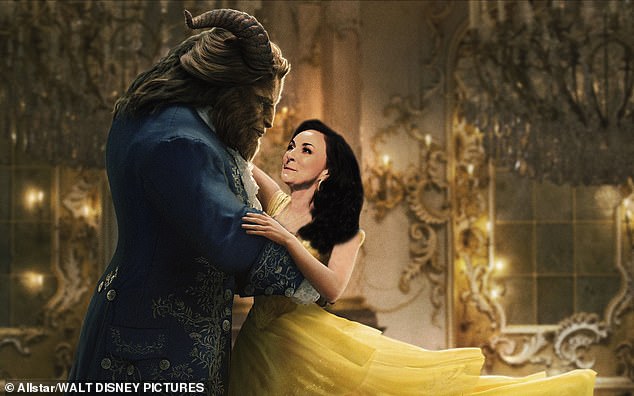 Although there is no romance between Shirley and fellow Strictly judge Craig Revel Horwood, there was a falling out after Revel Horwood made remarks about her appearance

Revel Horwood made some remarks about her ‘fake boobs’ during her second year on Strictly which she found: ‘awful and very, very painful. It brought up a lot of things from my past,’ she says.

‘I was propelled back to my toughest days with Corky, when he would comment about my appearance: my crooked teeth, my nose, my a*** that was too big.’

She confronted Craig, he apologised and sent her flowers.