We are at our wits’ end with FedEx. Our brother-in-law sent a package on August 5 from Phoenix, Arizona, containing some effects of our recently deceased sister, worth around £4,000.

This included a cherished gold chain, a gold watch, a handbag and some costume jewellery. It arrived at Stansted on August 7.

We paid £964.40 customs duty. We had one call from FedEx asking for our email.

Presumably this was recorded incorrectly because nothing arrived. We have been chasing FedEx, but two months later still no package. 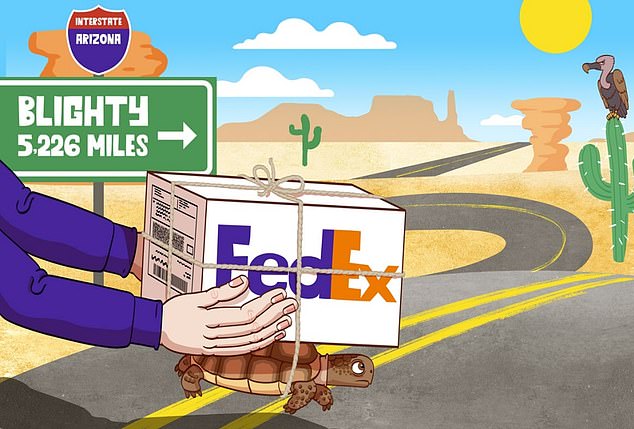 Lost memories: FedEx proved to be of little help after it lost a package of family effects worth £4,000 on its way from America to Britain

Tony Hazell replies: You sent me 23 pages detailing phone and email conversations you had with FedEx as you tried to get your parcel delivered. You say the people you spoke to generally sounded concerned but then nothing happened.

I contacted FedEx and — hey presto — you received an email promising to find your parcel. The next day they called to say they were still looking.

Finally it arrived on October 19, 75 days after being sent; it only took the Mayflower 66 days to cross the Atlantic in 1620.

A FedEx spokesman says: ‘We apologise for the inconvenience, particularly given the sensitive and very personal nature of this shipment.’ 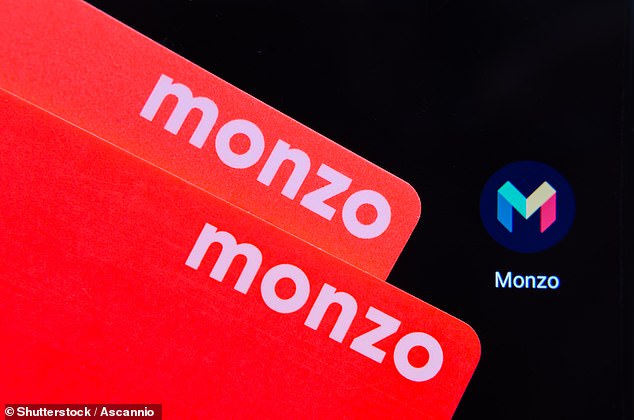 Bank is demanding I pay off my ex’s overdraft

I opened a Monzo account for my now ex-partner. He didn’t have ID and his not having a bank account became a major issue in our relationship.

He took out the maximum overdraft, for which I am responsible, and I didn’t have access to the account.

Monzo said one way to resolve the issue would be for me to pay back the overdraft — which I obviously don’t want, nor can afford, to do.

They keep asking me to send a selfie with my ID. I’ve sent more than ten, yet no one is speaking.

Tony Hazell replies: As far as I understand it, you opened an account and gave your partner complete control over it.

This is something nobody should ever do. Ultimately, you are responsible for the account and overdraft.

Monzo has blocked the card and frozen the account. It said it needs specific information, but perhaps you have failed to understand what it wants.

Both Monzo and I have tried several times to contact you without success. They are ready to help, so please pick up the phone.

Straight to the point

BT will not help me install a phone line in my 100-year-old mother’s room at her care home.

I have spent more than eight hours on the phone and placed four orders, which were cancelled without notice.

A spokesman says an engineer needs to visit to ensure everything is working correctly, as your mother’s care home has never had a landline or broadband connection before.

It should be installed in the coming days and you’ve been offered a gesture of goodwill.

Yorkshire Energy collapsed the day after I switched away in December 2020, but I am still waiting for my £153.85 credit refund.

I have sent my final statement to Scottish Power, which took over Yorkshire’s customers, three times.

Your refund was processed in September but due to a technical issue your cheque wasn’t printed.

Scottish Power has now posted your cheque, along with an additional £75 as an apology.

I am 88 and lived with a lady for 50 very happy years. She was known as my wife but we never married or had a legal partnership.

She died in February and left the bungalow we lived in for 35 years to her son and daughter from her first marriage. They want to sell and their solicitor says they will not negotiate. I cannot afford to buy an apartment.

Tony Hazell replies: What a dreadful position to be in. Melinda Giles, of the Law Society’s wills and equity committee, says: ‘There’s a lot we do not know about this case that may affect it, but the most pertinent factor is the nature of their living arrangements.’

She says, although there is no such thing as a common-law husband or wife, you may, in a legally significant way, have been financially dependent on your partner in the period leading up to her death.

‘His financial dependency comes from the fact she was providing him with a roof over his head rent-free, and without this he has nowhere to live. This would seem to be his strongest case; and if so, he would need to challenge the will for financial dependency.’

You must do so without delay, as such claims should be brought within six months of the date of probate being granted.

Ms Giles adds: ‘It could also be that he is able to prove a form of constructive trust; i.e. they created a trust for each other in the way they built the house on the land and contributed to its upkeep.

‘In this case, it’s not the lack of marriage or civil partnership that’s the issue, because she made a will that did not provide for him and even if they had been married, this would have arisen and his case would have been on similar grounds.’