By Darren Boyle for MailOnline

This is the moment members of the public pinned down a suspected thief after he got into a car with an autistic nine-year-old boy in the back.

Footage shows several men and a woman holding the man on the ground and binding his hands with cable ties at a BP petrol station in Whitfield, Kent, at 7.30am yesterday.

Mother Pippa Anne-Malcolm she shouted for help and dashed out of the shop after seeing the man getting into her car and hearing her son’s screams. 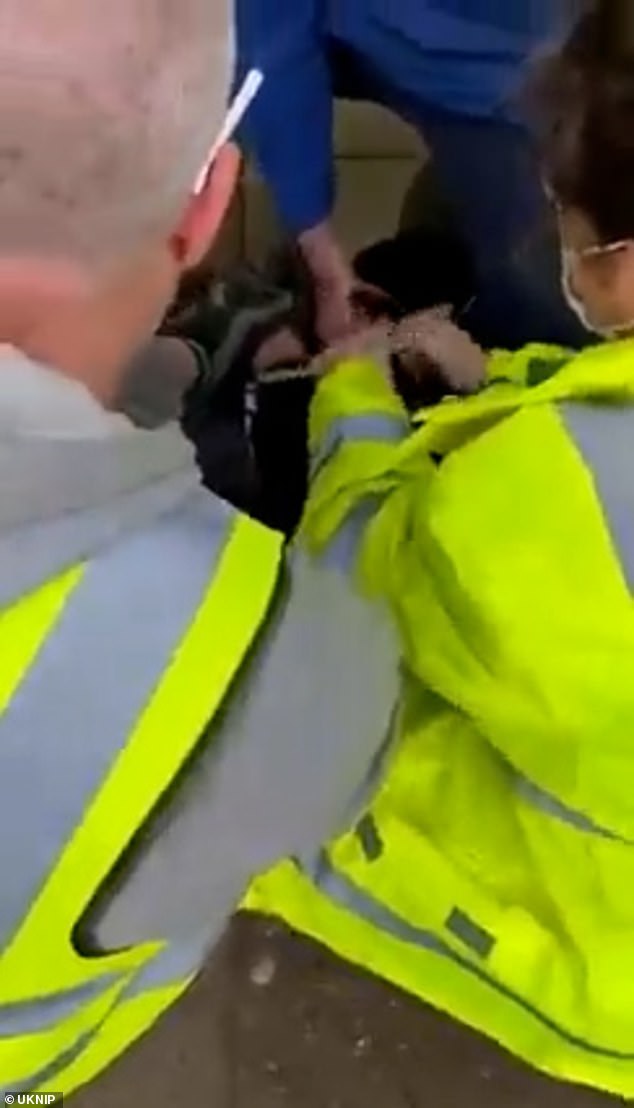 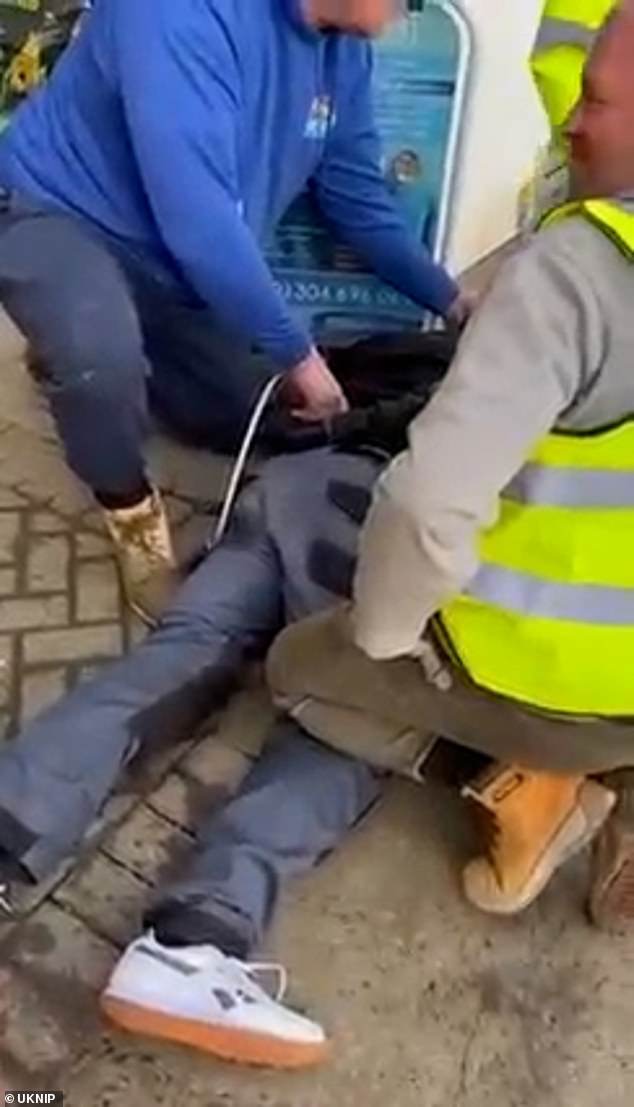 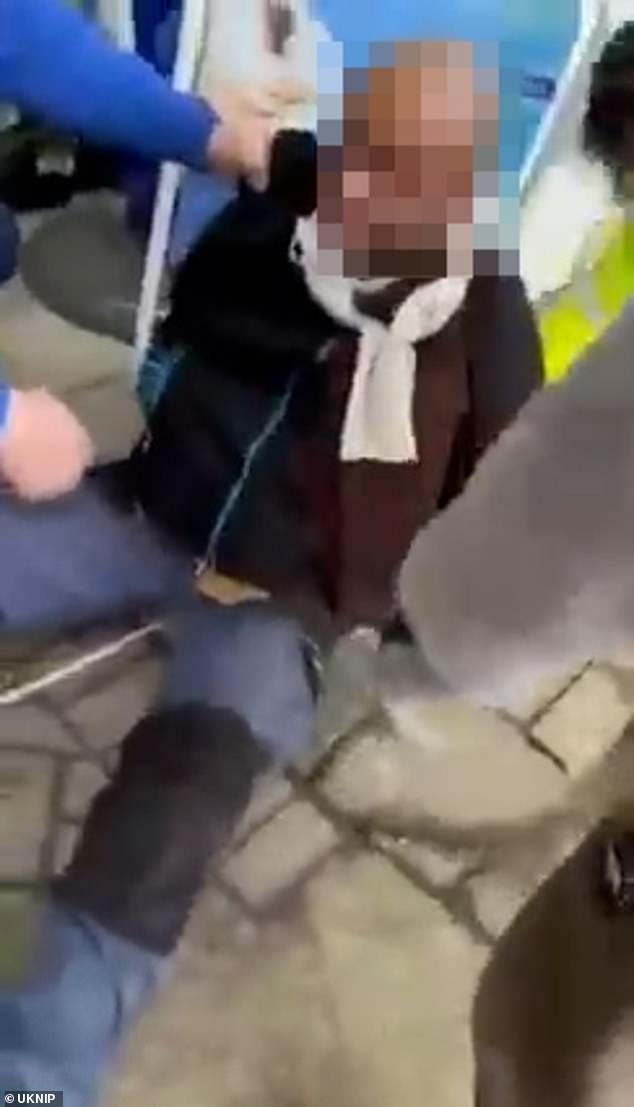 The woman was helped by a group of scaffolders and a woman wearing a McDonald’s high visibility jacket.

Ms Anne-Malcom raced out of the service station calling for assistance from members of the public. She said was very distressed as her 9-year-old autistic son was in the back of the car.

Footage of the incident showed how members of the public dragged the suspect to the ground.

The suspect struggled and screamed as the onlookers pinned his arms behind his back and looped the cable ties around his wrists.

One of the men tells the man: ‘You move and I’m going to hurt you. Do you understand?’

Ms Anne-Malcom told Kent Live that yesterday was the ‘most scary thing’ she had ever experienced.

She said: ‘I was in the shop and ran out to get my son out of the car. The man was sat in my driver’s seat.

‘I got my son out and screamed for help. My son is nine and has autism. He sat there, watching me pull my son from the car while I was screaming for help. I have no idea what he wanted. He didn’t speak to me or my son.

‘It is terrifying, I honestly have never felt so scared.’ 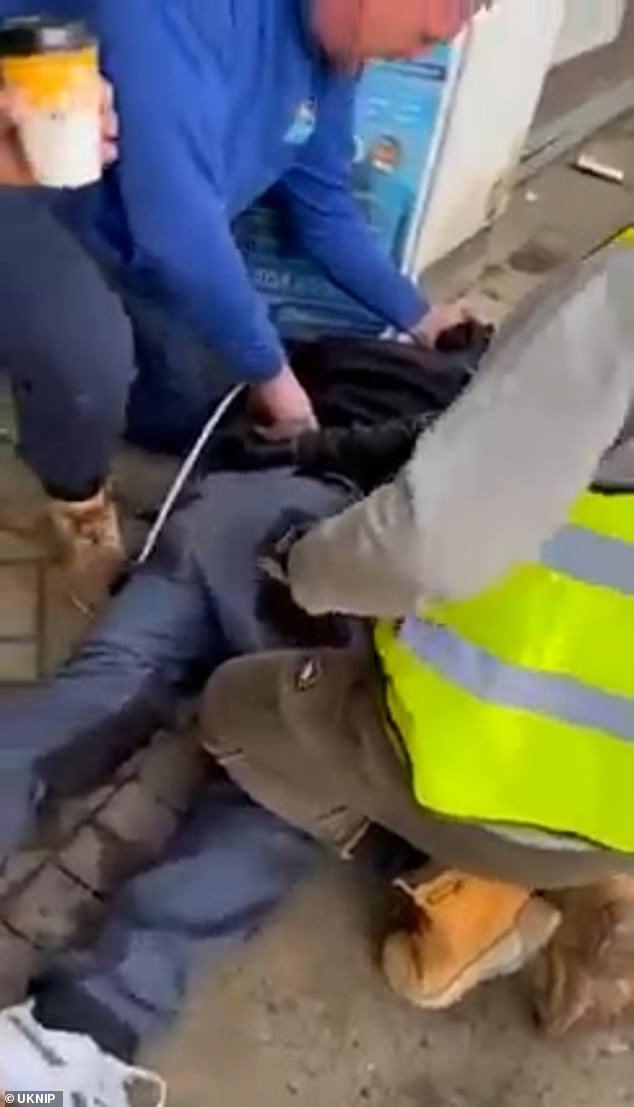 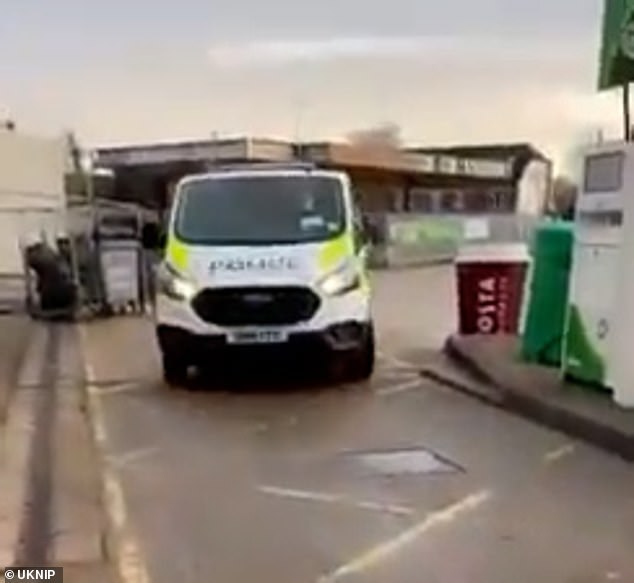 Police arrested the suspect at the filling station. A spokesperson said the man, who is in his 50s, is still in custody 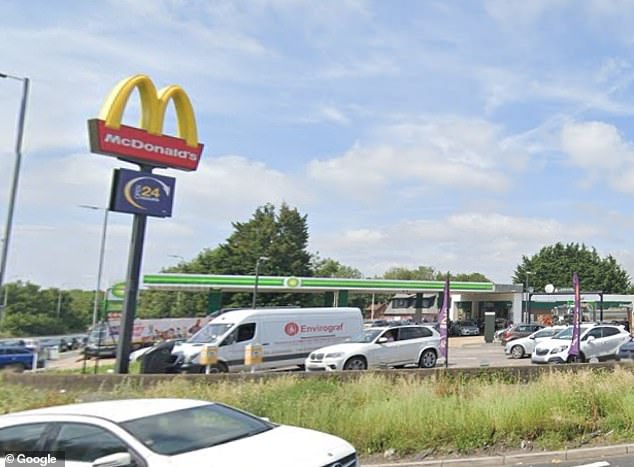 The incident took place yesterday morning at this filing station in Whitfield, Kent. Kent Police said they arrested a man in his 50s on suspicion of theft

Ms Anne-Malcom said she was incredibly grateful to the men who witnessed the attempted theft and came to her assistance.’

The suspect was detained by men who jumped down from a scaffolding truck.

Kent Police confirmed they attended the scene and made an arrest.

A spokesperson told MailOnline: ‘Kent Police was called at 7.42am on Tuesday 7 December 2021 to a report of a disturbance in Dover Road, Whitfield.

‘During the incident, a man is reported to have entered a stationary vehicle before he was restrained by some members of the public.

‘Officers attended the scene and arrested a man in his 50s on suspicion of attempting to steal a motor vehicle.

‘He remains in custody as enquiries continue.’

MailOnline has approached BP and McDonald’s for a comment.