One of Australia’s top male escorts says his business is booming as women become more comfortable with paying for sex and the idea of getting exactly what they want in the bedroom.

Jake Ryan, 33, may technically be single, but his phone is constantly lighting up with messages from 50 of his ‘work girlfriends’ who pay up to $5,000 for his company.

The UK born escort, who used to work in sales, told Daily Mail Australia he traded his $500-per-week salary for $500-an-hour as a sex worker. 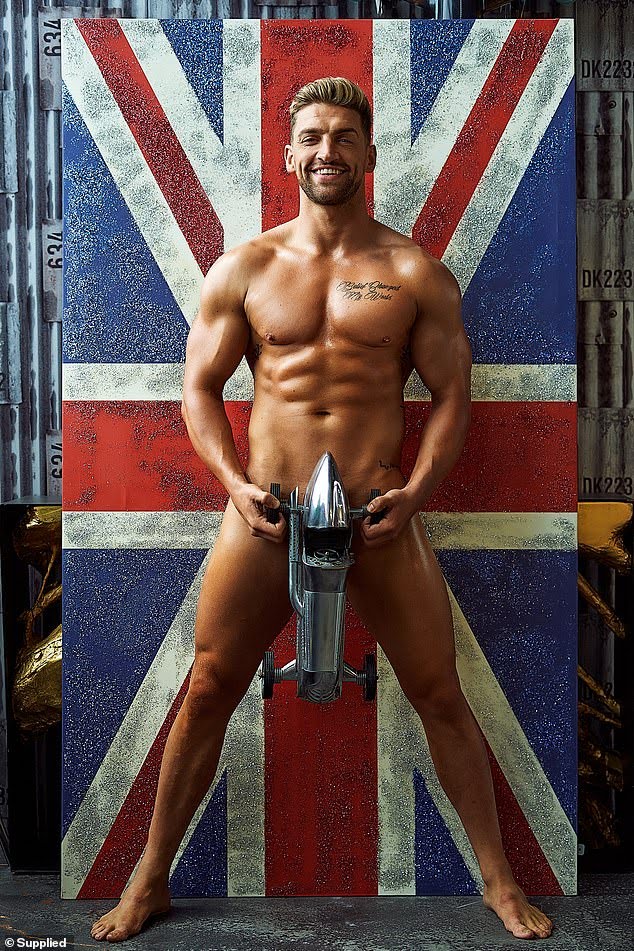 Jake Ryan, one of Australia’s top male escorts, has revealed there is huge demand in the industry as women become more comfortable about paying for sex and excited by the idea of getting exactly what they want in the bedroom 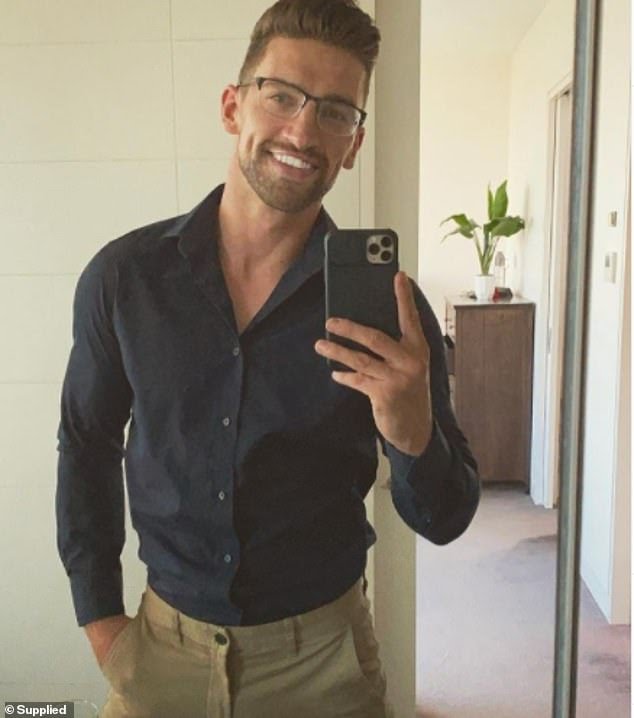 ‘As soon as I had tried it out and saw the money I was like – yeah I am switching to the escort life,’ he said.

‘There are a lot of women out there who are not having great sex, they are unfulfilled by the men they meet and want to experience something better.’

Jake says he is ‘sexually charged 90 per cent of the time’ which makes the physical demands of the job a perfect fit.

Seven years on and more than 11,000 customers on the books, he says he has no regrets about transitioning to the sex industry and his rules are simple: No scratches, no surprises and the newest rule – screw-top wine only.

The last rule was added after he sliced his finger on a wine opener at the end of a booking which required surgery and weeks in a splint.

But he said his regular customers didn’t seem to mind.

‘I have great regulars, when I told one of them she told me I am more than just a hand to her,’ he laughed.

‘One woman I was with just after it happened said she forgot all about it, not noticing I was only using one hand throughout her booking.’

The other rules help protect Jake and his ability to continue working – if a client marks him it can compromise his bookings and ability to make content on platforms like OnlyFans. 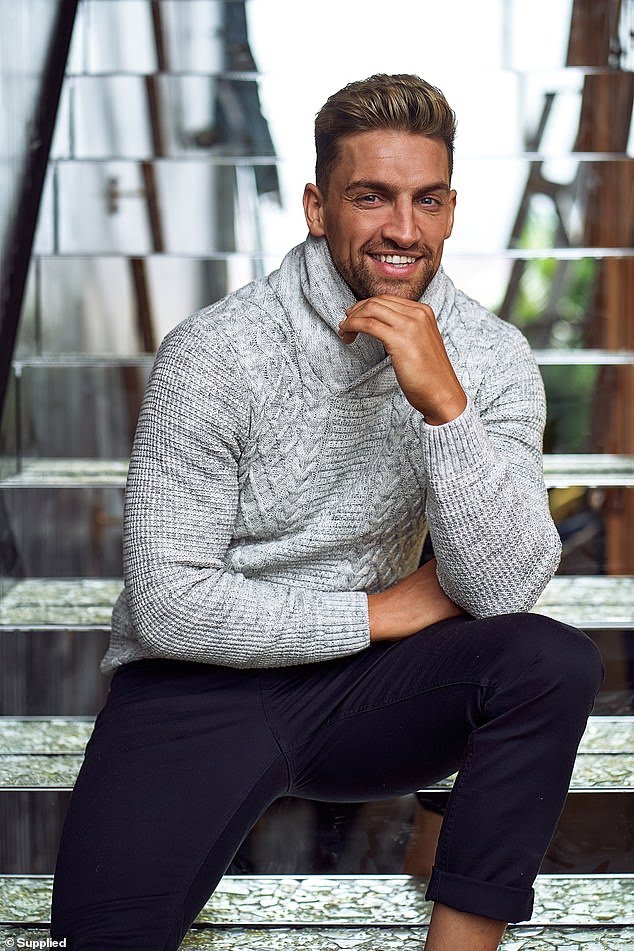 ‘As soon as I had tried it out and saw the money I was like – yea I am switching to the escort life,’ he revealed

‘There are a lot of women out there who are not having great sex, they are unfulfilled by the men they meet and want to experience something better’

‘I have to politely warn them, I am not their husband or their boyfriend and I can’t have a scratch on my body.

‘It can be fun at the time but it can’t happen. So I give them warnings.’

What are Jake’s Five rules in the bedroom?

He then pointed to a pink mark on his arm.

‘This was a bite, she bit me on the shoulder. Things happen in the heat of the moment – she was very pleased which is why it happened but I had to give her a warning,’ he said.

He once blocked a woman from seeing him again when she ‘surprised him’ with a hickey.

His clients’ ages range from women in their 20s to their 60s with occupations from ‘professionals’ to other escorts.

Their fetishes and sexual needs are addressed before the meeting, with Jake’s boundaries also expressed.

He doesn’t have sex with men and doesn’t like his ‘back door’ to be touched. Going against any of the rules can result in him leaving the booking, giving a warning or rejecting future bookings.

Jake says every woman wants something different – from boyfriend-style dates to hardcore sex that ‘leave them sweating’ and everything in between.

‘I have one woman who likes to be walked around like a dog,’ he said.

‘And others who are into waterworks, which means they like to be peed on.

‘Others come to me because they are sick of being underappreciated by men in their lives and want to be treated like a lady, I open doors for them and treat them like a woman should be treated. 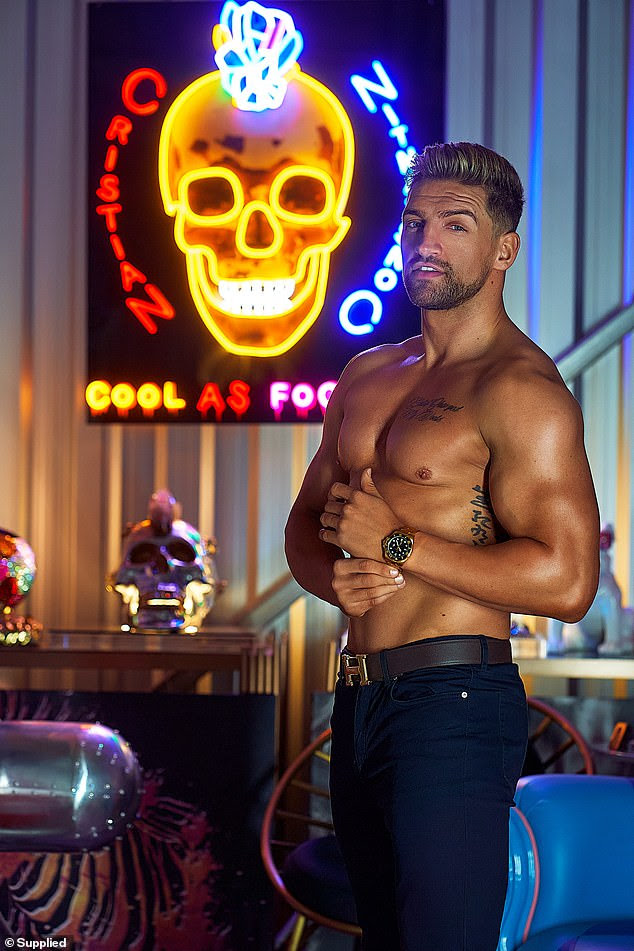 Jake said he goes to the gym two hours a day, gets lasered monthly, has regular tans and trips to the hair dresser to keep looking the part

‘I have another woman who books me to try out new things because she is trying to work out what she likes in the bedroom,’ he said.

He is often booked out for up to six months ahead, and has a hectic schedule which sees him fly all over Australia to meet up with clients.

Have you ever paid for sex?

Jake charges $500 per hour for a full-service booking and generally recommends a minimum of two-hours for each date.

But occasionally he will do shorter bookings for women he has seen before – understanding budgets can be a big factor.

‘The hour slots are probably my least favourite, but in saying that we will still have a great time,’ he said, explaining one woman and her husband have booked in for the short session soon.

‘Overnight dates are great because you don’t have to be conscious of time, it is a bit more laid back.’

Overnight stays come at a discount, he charges $5,000 per night with bookings lasting 12 hours.

One woman books Jake out for a night or two every month – and has nine months locked in ahead of schedule. 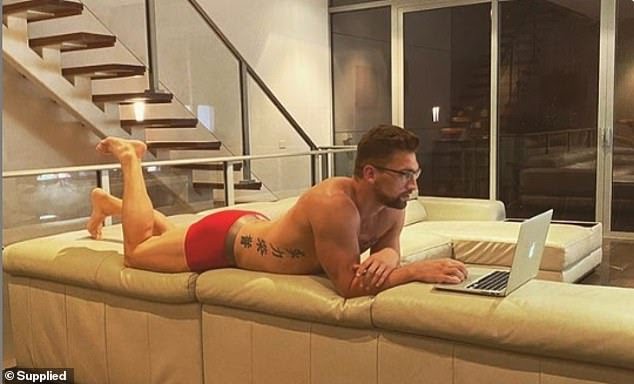 Overnight stays come at a discount, he charges $5,000 per night with bookings lasting 12 hours

‘She says I am like an addictive drug and she loves that I am an escape – I take her back to her carefree younger years.’

The ‘couple’ play mini golf, see comedy shows and ‘act like big kids’ when they are together.

Some people like to spend time out and about with Jake, while others prefer to stay at home.

‘I have one woman who only wants to stay in so I cook for her and run baths,’ he said.

Everyone important in Jake’s life knows what he does for work – his escort-company logo is even proudly displayed on his old football team’s jersey.

‘They struggled for sponsors every year, so now they run out with my name on their shirts,’ he said.

His family is completely comfortable with his career decision.

‘My mum knows, my sisters know – I just had to come out with it one day,’ he said.

‘Mum is really proud of me – she is really happy I have made something of myself.’

His new lifestyle, which includes living in a Melbourne mansion, is worlds away from his low-income upbringing. 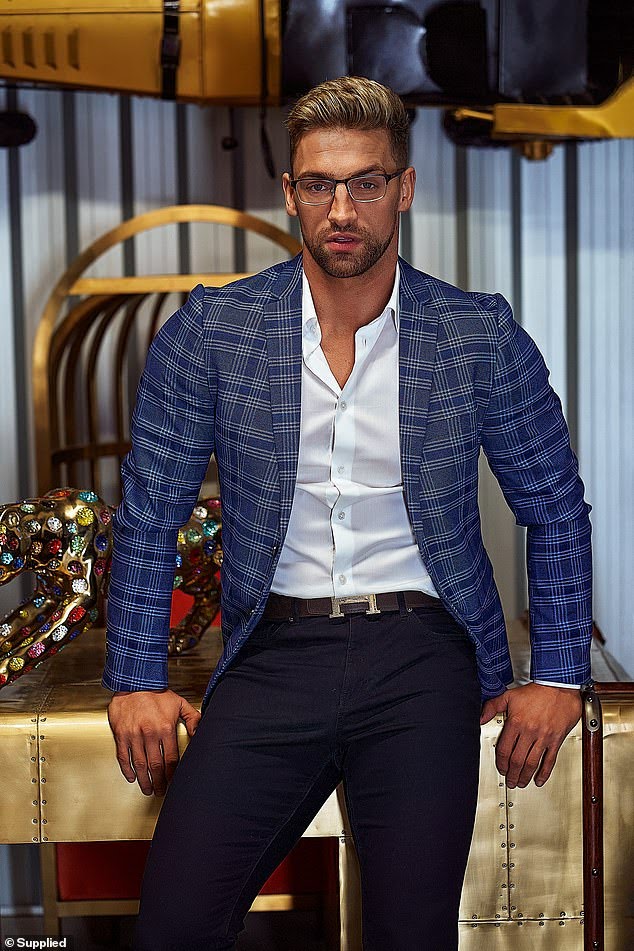 His new lifestyle, which includes living in a Melbourne mansion, is worlds away from his low-income upbringing

‘One client flew mum up to Sydney when I was working and she got her own suite at the hotel with flowers on arrival – she loved it,’ he said.

Coming out to his family meant Jake could show his face on OnlyFans, instead of wearing a mask, and on his escort-directory website which was a ‘huge boost for the business’.

But not all aspects of his personal life are as easy, Jake also revealed he is ‘very much single’ after struggling to find a relationship that works with his chosen career.

‘I have dated women who aren’t in the industry as well as dancers and escorts, but it is kind of like a fake rock and roll lifestyle being on the road all the time.

‘They all start out being fine with what I do but in the end they struggle to understand the concept of sharing me.’

Jake says he never takes steroids or Viagra because he believes they are bad for his long-term health.

‘I get a buzz off trying to make women feel comfortable in a tight time-frame, in a booking we have to be intimate within 15-20 minutes,’ he said.

‘I think it is all in your head and believe if you are sexually charged you will get a hard on, I can keep it going all night if that’s what the woman wants.’

Jake sees clients five evenings a week, six if he is feeling up to it or has a special request. 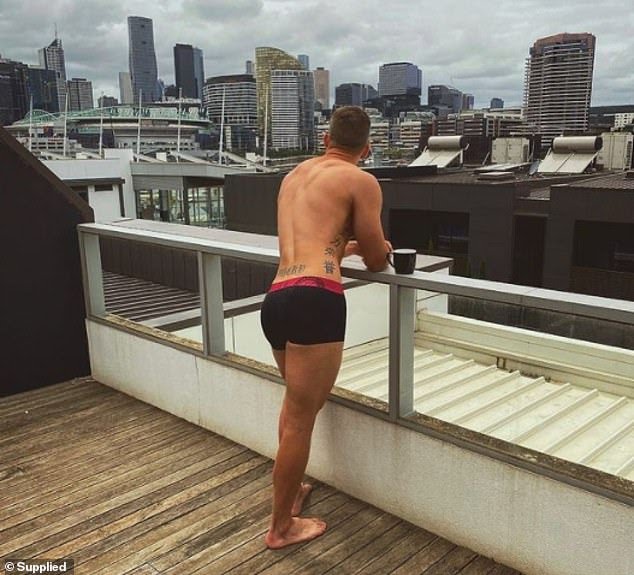 But not all aspects of his personal life are as easy, Jake also revealed he is ‘very much single’ after struggling to find a relationship that works with his chosen career

What does a day in the life of Jake Ryan REALLY look like?

10am-midday, workout at the gym – he spends at least 90minutes in the gym each day

1pm-midnight, this time is dedicated to clients, he has between three and five clients each day

Midnight-1am, ‘wind-down time’ this is when he relaxes at the end of a day before sleeping unless he has an overnight client – then he works through to 7am

He eats 3800 calories a day because of his very active lifestyle, and likes to cook so he can guarantee he is giving his body the best nutrition

He has between three and five clients per day, and says limiting himself is key to success.

His mornings start with a 90 minute to two-hour gym session to keep his physique in top shape.

He also follows a strict meal plan and consumes about 3800 calories a day.

After the gym he launches straight into his bookings, and says his ‘downtime’ is between 12am and 1am if he doesn’t have an overnight booking.

His monthly beauty schedule involves all-over laser to minimise hair on his arms, legs and privates, tanning, and regular visits to the hairdresser.

The demand for male escorts is growing and is becoming nearly as mainstream as men paying women for sex, according to Jake.

‘Escorts will come to be looking for quality after working with their own clients,’ he said.

‘I have also been to an escort, and I even tell my clients that, there isn’t anything taboo wrong about paying for it.’

Jake is hosting the Australian Adult Industry Awards in Sydney on May 20, he now owns the awards after taking out the top award for three consecutive years until 2017.