An elite casino has lost a race discrimination case after it allowed its multi-millionaire clients to abuse black croupiers and fulfil their demands for ‘white female dealers only’.

Semhar Tesfagiorgis, 41, had accused Crown London Aspinalls of allowing its Mayfair high-rolling clients to use racist language and that management would ‘segregate’ black employees out of their eyesight if directed.

The Eritrean-born mother of two won part of her direct race discrimination case, while her other claims of sex discrimination, harassment and victimisation were dismissed.

She claimed her managers, two of whom are also listed as respondents in the suit, diminished the racist remarks like use of the slur ‘n****r’, ‘stupid black girl’, and ‘blackie’ by calling them ‘mistakes’. 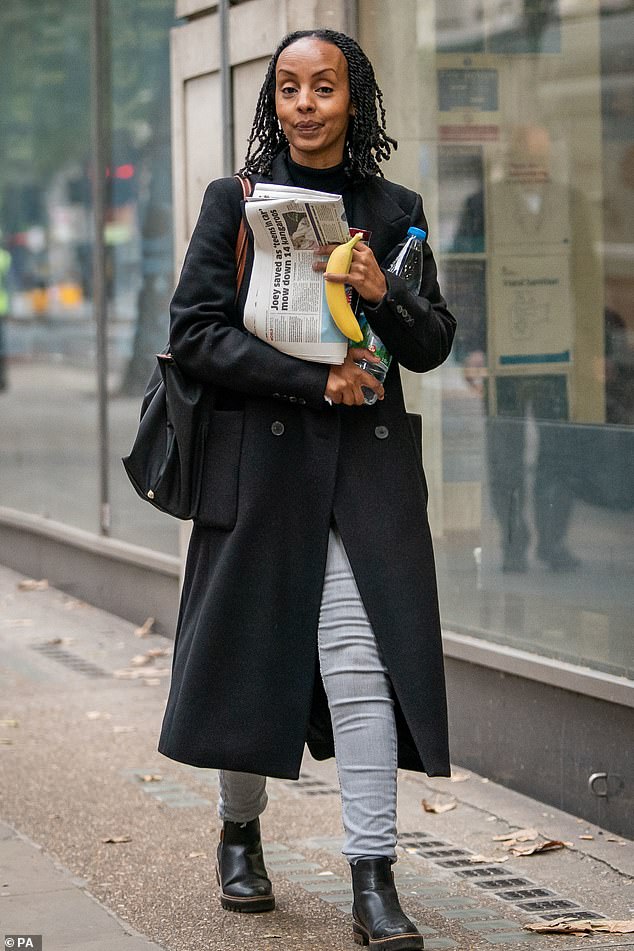 Semhar Tesfagiorgis, 41, (pictured) had accused Crown London Aspinalls of allowing its Mayfair high-rolling clients to use racist language and that management would ‘segregate’ black employees out of their eyesight if directed

Requests for ‘fair-skinned dealers’ from wealthy south east Asian clients were accepted as being out of ‘pure superstition’, Ms Tesfagiorgis said.

She also said that a manager told her after she complained, ‘did you expect me to turn away a million-pound punter?’

The croupier, who worked at the den for 13 years until taking voluntary redundancy last year due to the pandemic, said she was the first black person to be hired in gaming and that black men were effectively banned from being hired in client-facing roles.

She added: ‘On 4 December 2019, a patron, Mr Pravech Rattanapian, insisted on having a ‘fair-skinned dealer’.

‘This was communicated via the first respondent’s marketing team who then asked the front of house management to deal with the request.

‘Accordingly the request was passed on as a legitimate request and not rejected as being in contravention of the club rules or the first respondent’s policies by any member of marketing or management prior to myself being on shift that day. 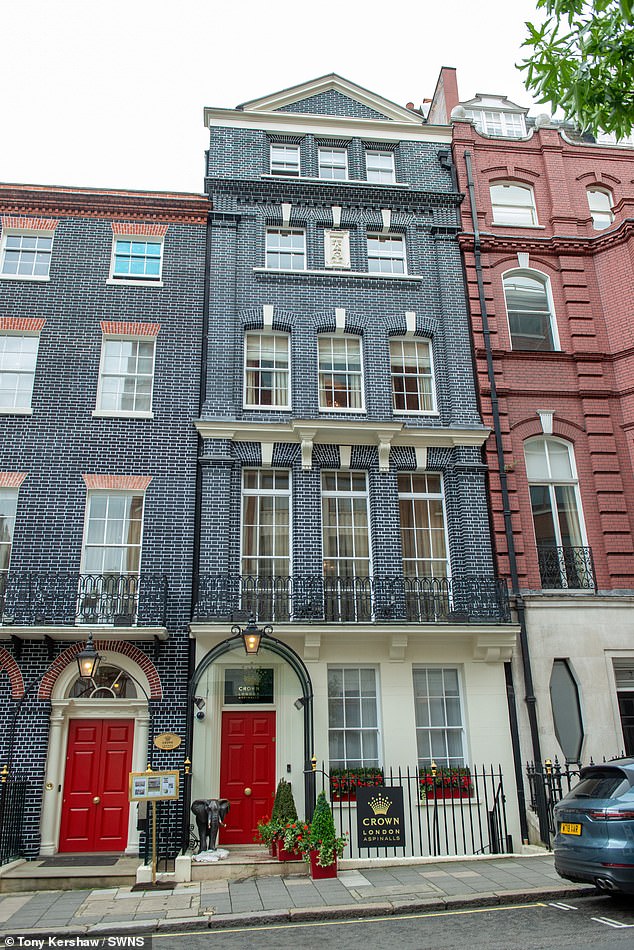 Crown Aspinalls tried to defend the claims by stating that the reason was because of the ‘perception that it was necessary to accommodate patrons’ requests, no matter how unreasonable, in order to further the interests of the business’

‘The patron refused a black female dealer, Ms [Selina] Miebaka. The only other available female was me, so pandering to a racist request the first respondent arranged for white male dealers to attend to the patron instead.

‘No one warned the patron of the inappropriateness of his insulting, racist request or warned him that his membership could be suspended or terminated for this prejudiced behaviour.

‘Instead I was kept at arm’s length and segregated from the vicinity of where this patron was gaming because I was a black woman.’

When she complained, she had a meeting with managing director Michael Branson and human resources supervisor Laura Attrill, also listed as respondents at the tribunal.

She said Mr Branson said the patron’s request for ‘fair-skinned dealers’ may have been ‘pure superstition’.

She said: ‘He said, ‘did I expect him to turn away a million-pound punter?’

‘He had to ‘manage customer expectations’. He had had many similar discussions – patrons cannot be spoken to as they would not accept it.

‘I was distraught after this meeting and found it extraordinary hostile as it was clear that the respondents would never take steps to protect me from patrons’ racist, bigoted discriminatory or harassing conduct or treat me fairly when I raised concerns about the same.

‘Instead they would add further insult to injury only compounding egregious discrimination further by their own discriminatory acts and omissions and continue to segregate me and other fellow black women.’

Employment Judge Tina Elliott concluded: ‘The claimant was on duty and she was not brought on to deal because she is not white. 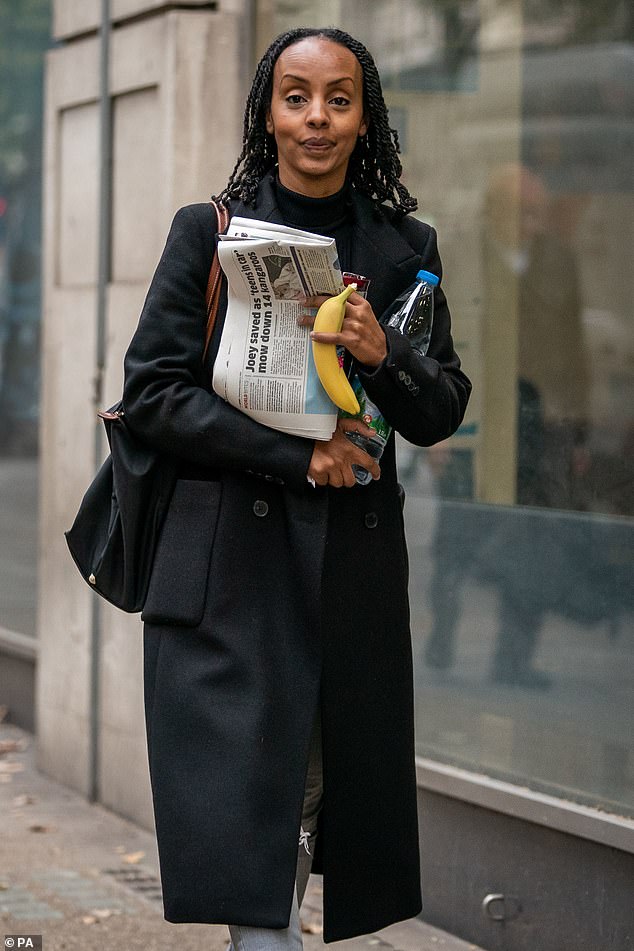 ‘Mr Hennessy’s note of the incident identified the only two other females on duty, which included the claimant, and they decided to send a white male dealer instead.

‘The accommodation of this request was direct race discrimination of the claimant because but for her race she would have been asked to deal to the patron.

‘The granting of that request was less favourable treatment by the managers because of race.

‘The patron was not told of the inappropriateness of his request for females with fair skin.

‘They made no attempt to persuade the patron to accept a black dealer.

‘Mr Hennessy said ‘it would have been incendiary for me’ to confront the player immediately.’

Crown Aspinalls tried to defend the claims by stating that the reason was because of the ‘perception that it was necessary to accommodate patrons’ request, no matter how unreasonable, in order the further the interests of the business.’

However Employment Judge Elliott continued: ‘We find that it was direct discrimination. The reason that the claimant was not brought on to deal was because she was black.’

Following the tribunal, Ms Tesfagiorgis said: ‘This has been a long and hard journey of David and Goliath proportions.

‘I took on the might of a multibillion-pound industry that has exploited the whims and wants of rich patrons to the detriment of its hard-working staff for far too long.

‘I tried for many years to open a dialogue about the racism myself and others were often faced with, but I was either shut down, ignored or gaslighted each time.

‘I had not been on the receiving end of overt racism until I began working in the casino industry and it became so regular that my white colleagues and management began normalising this.

‘The direct race discrimination myself and my other black colleagues received was not an isolated incident.

‘Although the Tribunal could not rule on past events due to time limits, they have acknowledged this was the case and for once Crown Aspinalls will finally be forced to do the same, for this, I am grateful to the Employment Tribunal.’

Shazia Khan, who represented the croupier, said: ‘We welcome the Tribunal’s judgment, and hope that it enables a root and branch reform of the Casino and Gaming Industry to address the racist and sexist conduct that drove my client out of a career she clearly loved.

‘The judgment forcefully dismissed Crown Aspinalls’ attempt to drive a coach and horses through the Equality Act 2010, and sends a clear message that there is no place for racism and misogyny in the workplace and that no one is above the law no matter how deep their pockets.’

A remedy hearing where Ms Tesfagiorgis is expected to be awarded a cash sum will take place at a later date.

Cleo Smith is found ALIVE in Carnarvon after vanishing from campsite