By Jacob Thorburn For Mailonline

A number of children have been left ‘trapped’ after a bus overturned on the school run this morning.

Pictures shared on social media show a double decker bus on its side and balancing on a hedgerow. MailOnline understands there have been no serious injuries reported at this time.

Parents have been urged to go to St Christopher’s School rather than the scene but police said there were no injuries reported. 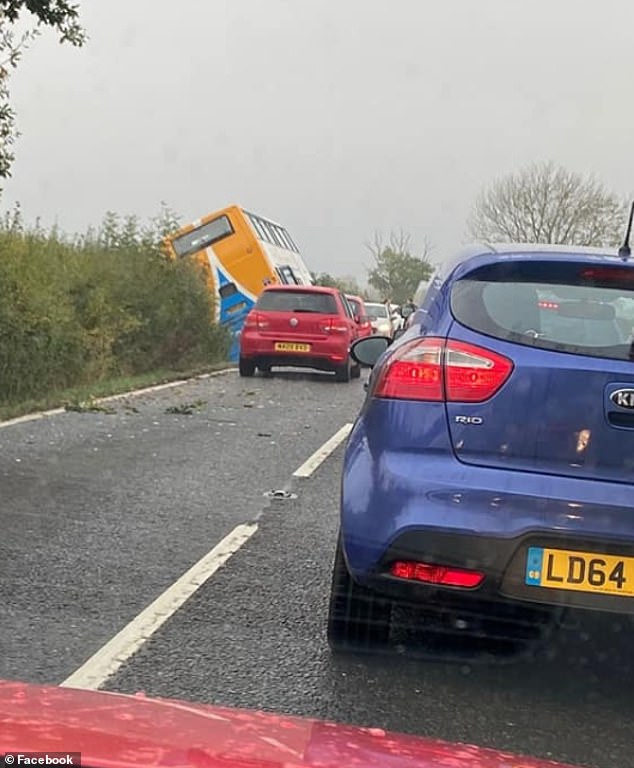 Paramedics are understood to be in attendance and work is underway to remove the vehicle.

‘Thankfully there are no injuries reported. Parents are advised against travelling to the scene and instead to travel to St Christopher’s School on Hykeham Road. Brant Road and Meadow Lane remain closed.’