By Kaya Terry For Mailonline

This is the moment a disabled man threw himself out of his wheelchair to shield his pug from a pack of vicious stray dogs.

Aleksander Livanov, 30, took the drastic action after three dogs started to attack his pet, Buckie, on the pavement near his flat in Ulyanovsk, southwestern Russia.

CCTV shows the wheelchair basketball player spinning his wheelchair to face the strays and protect Buckie. 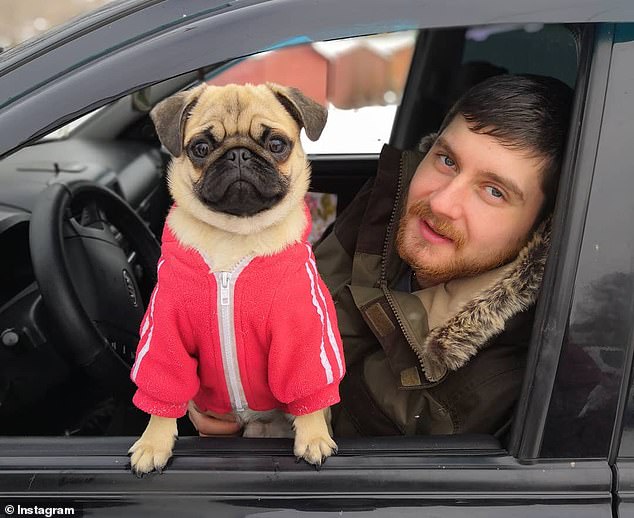 Aleksander Livanov, of Ulyanovsk, Russia, with his pug Buckie. Both escaped injury in the incident 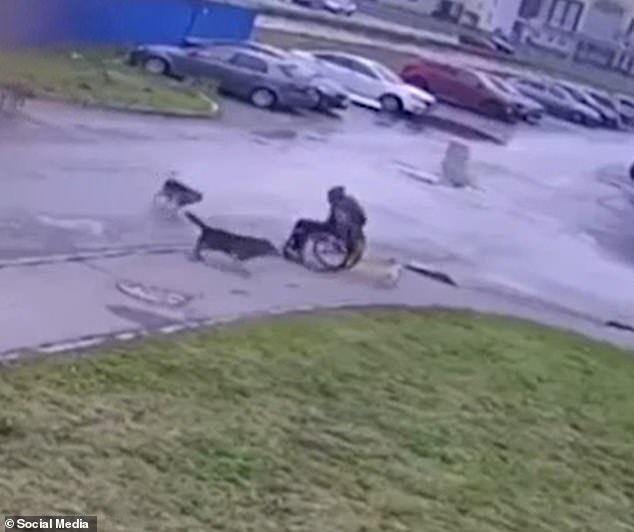 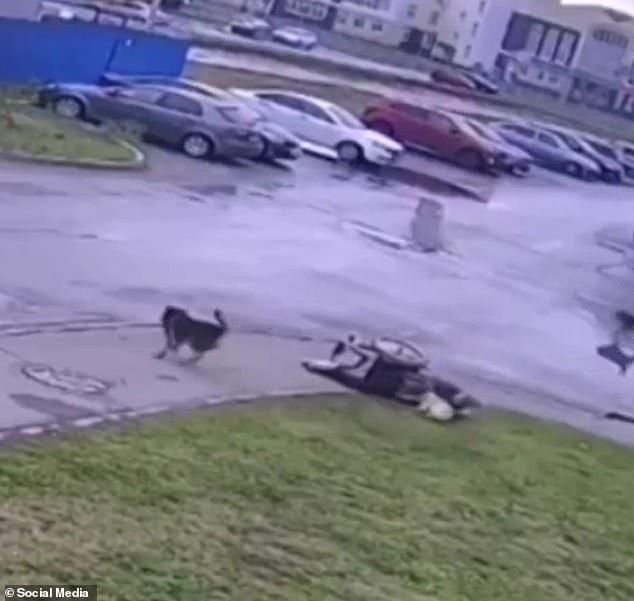 He tries to shoo the stray dogs away with his outstretched arm, and prevent them from attacking his canine.

One of the dogs can be seen biting on the pug’s tail, trying to drag it away, before Mr Livanov throws himself out of his wheelchair in a desperate attempt to save Buckie’s life.

The wheelchair topples over as he lunges to the pavement to shield his pet and the strays run off.

In an interview to local media he said: ‘The dogs attacked us all of a sudden. I did not have any other options, but to sort of “jump forward”, pull my dog up and shield it with my body.’

Fortunately Mr Livanov and his dog were unhurt in the incident , which occured on September 24, and passers-by helped him back into his wheel chair.

His wife shared the video on social media to highlight the problem of the aggressive strays and local authorities are now trying to round up the dogs to put them in a shelter. 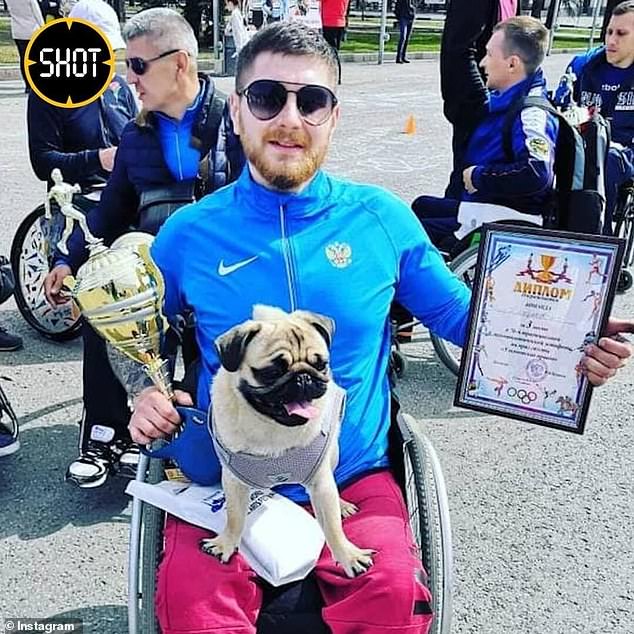 Mr Livanov, who is a wheelchair basketball player, was able to cling to his four-legged pooch long enough that the three dogs eventually left and ran away 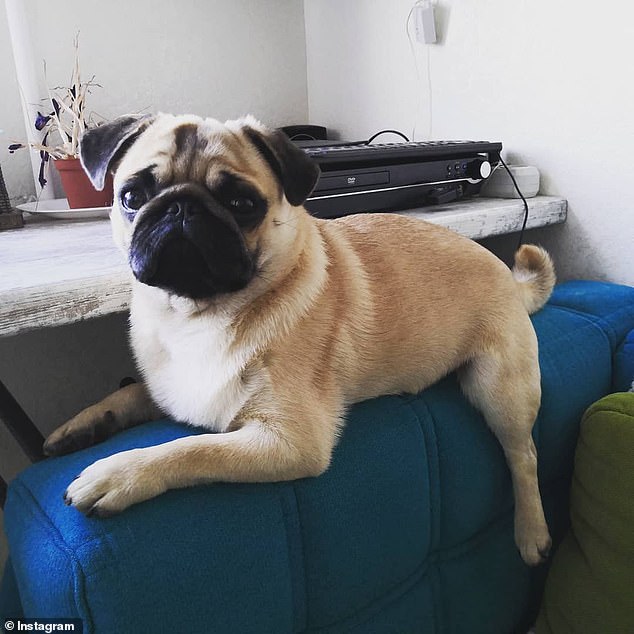