The British former public school boy who says he was kidnapped in Italy last month was close with his captors, one of the alleged kidnappers has claimed.

Video footage shows Sam Demilecamps, 25, cooking meals for the people accused of kidnapping him in Monte San Giusto last month, their lawyer insisted in the latest move to cast doubt on his story.

Attorney Vando Scheggia said Mr Demilecamps was only kept locked up by the gang so he could pay off his debts.

Clips from his and the alleged kidnappers’ social media show the group enjoying sunsets, clubs and waterfalls together shortly before he said he was abducted.

Mr Demilecamps, who went to £36,000-a-year Lord Wandsworth College in Hampshire, was found by police tied to a ladder on October 13. 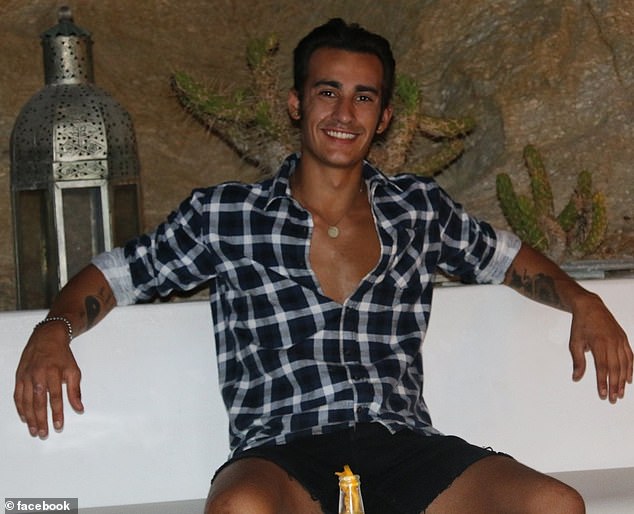 Sam Demilecamps, 25, said he was held captive for eight days in Monte San Giusto, central Italy, by a gang who, he claimed, beat and tortured him, and fed him ‘leftovers like a dog’ 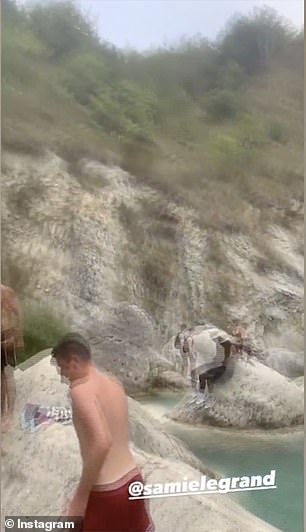 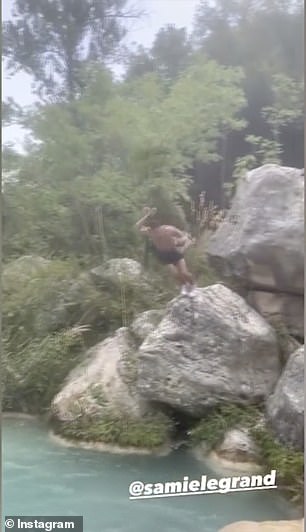 Clips from his and the alleged kidnappers’ social media show the group enjoying sunsets, clubs and waterfalls together shortly before he said he was abducted

He told investigators he had been kidnapped and held for ransom for eight days, forced to live off scraps of food ‘like a dog’.

His alleged ordeal came to light when he sent a desperate text message to his father, who alerted the authorities. Aurora Carpani, 20, is one of the group of four arrested over the kidnapping of the Briton

Three young men and a woman appeared in court on charges of ‘kidnapping for the purpose of extortion’.

But Mr Scheggia, who represents Ahmed Rajraji, 21, one of the alleged kidnappers, told the Daily Mirror: ‘If this was a real kidnap they could have taken him in June and asked for €600,000.

‘Yes, Mr Demilecamps was held against his will. But they treated him well. He said they made him eat scraps like a dog but he cooked for them.

‘During the five to six days he was in the house he managed to get friends to send €1,500. When he realised he wasn’t going to get more, he thought he could escape. They put handcuffs on him.’

The lawyer claimed Mr Demilecamps spent from June to August with the alleged kidnappers, visiting night clubs and restaurants in the area.

Mr Demilecamps had been in Italy since June, visiting Naples, Sorrento, Bologna and Florence, before arriving on the Adriatic coast in July, where he is said to have met the four: Rubens Beliga Gnaga, 18, Mr Rajraji, Dona Conte, 22, and his girlfriend, Aurora ­Carpani, 20.

He said he was abducted from a park in Florence, where he had been staying in a hostel, bundled into a vehicle and driven more than 200 miles south to Monte San Giusto. 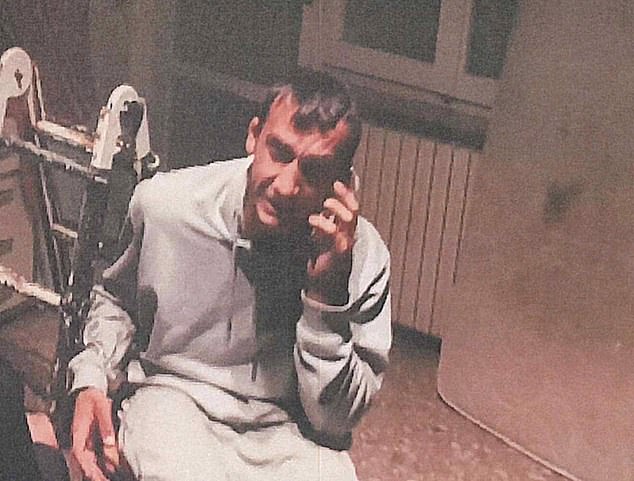 Sam Demilecamps when police broke-in to the apartment. Mr Demilecamps, 25, was found malnourished and chained to a stepladder after he phoned his estranged father saying he needed £6,000

In a statement to a judge, Mr Demilecamps said: ‘My captors had seen me spending lavishly.

‘They kicked and punched me, used a taser and pepper spray, then dragged me into a car and gave me tranquillisers.

‘They drove me to Monte San Giusto. I was held under­water in a bath and beaten.’

The alleged kidnappers are now under house arrest, which could continue for up to four months when, by law, it has to be either lifted or extended.

New judges could downgrade the charges. If Mr Demilecamps gave false information to the police, he could also be summoned to stand trial.

If, on the other hand, the charges stand, kidnapping for the purpose of extortion carries a sentence of up to 30 years in jail.

Predisposed health conditions could cost dog owners £1,144 over a lifetime