Facebook‘s own researchers found that around 1 in 8 of the social network’s 2.9 billion users have addiction-like problems.

The problems associated with using the platform are said to affect users’ sleep, work, parenting or relationships.

The social media platform euphemistically calls the issues ‘problematic use’ but in the wider world it is more commonly known as ‘internet addiction.’

The usage patterns are ‘perceived by users to be worse on Facebook than any other major social media platform, which all seek to keep users coming back,’ according to the Wall Street Journal. 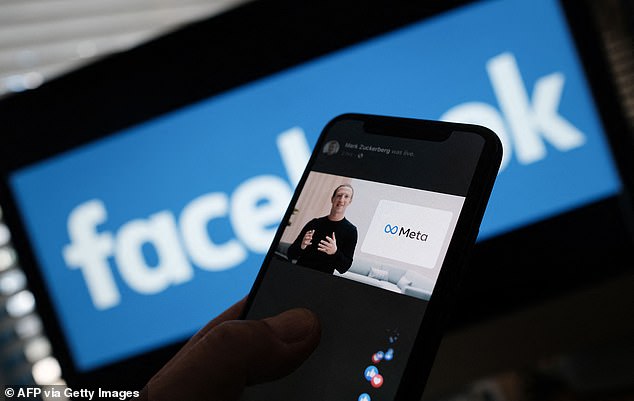 A Facebook survey conducted by company researchers found the social network is harmful for 1 in 8 of its users. The platform negatively impacts users sleep, work or personal relationships

Whatever the term, the numbers involved are staggering with problems said to be affecting 12.5 percent of Facebook’s users or more than 360 million people.

The researchers estimated about 10 percent of U.S. users engage in such behavior with the numbers believed to as high as 25 percent in the Philippines and India, the ‘company’s largest market.’

The research into how the use of social-media might negatively affect people’s day-to-day lives was started several years ago with the idea of mitigating any harmful behavior the company identified.

Researchers noted how some users lacked discipline when it came to the amount of time they were spending on Facebook.

‘Activities like shopping, sex and Facebook use, when repetitive and excessive, may cause problems for some people,’ they noted. 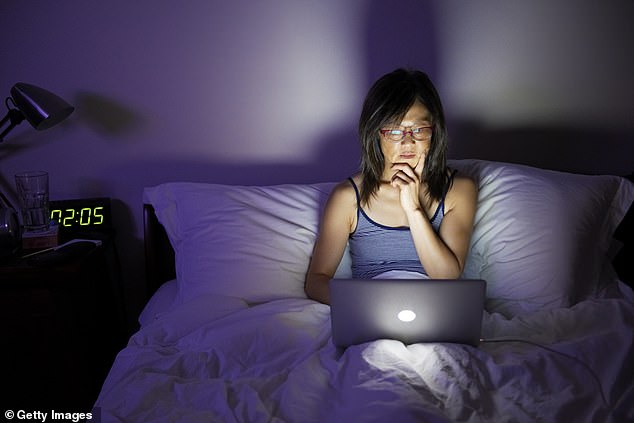 Facebook addiction led to problems including things such as a loss of productivity with people unable to complete tasks in their own lives because of the amount of time they were spending on the site. Other users reported a lack of sleep because of late night scrolling

The problems included things such as a loss of productivity with people unable to complete tasks in their own lives because of the amount of time they were spending on Facebook.

Other users reported a lack of sleep because of late night scrolling.

In some cases, ‘parents focused more on FB than caring for or bonding with their children,’ the researchers wrote.

Researchers noted that it wasn’t just Facebook which was being used compulsively but a variety of other social media apps including Instagram and WhatsApp which are owned by parent company Meta. Twitter and Snapchat were also mentioned with users feeling pressured to respond to messages and constantly checking for new content on their smartphones. 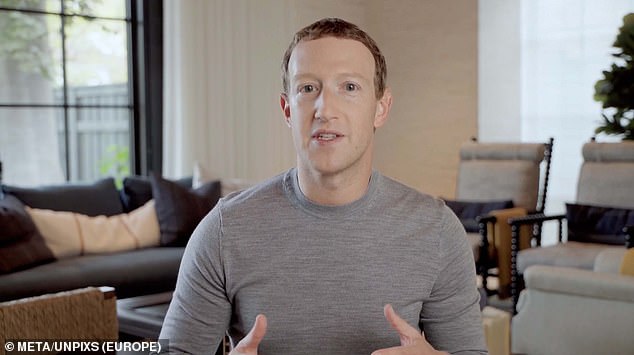 Chief Executive Officer Mark Zuckerberg has said the company is continuing to look at the issue of addiction. ‘We certainly do not want our products to be addictive,’ he said in a November 2020 Senate hearing

Various app designs would trigger addictive usage including the appearance of red dots which would signify when new content was available to be clicked on.

Videos that autoplayed were also found as another factor that made it hard to put the app down.

Facebook does have settings that allow users to turn off the notifications and autoplaying of videos but they are not easy to find.

A Facebook ‘user well-being team’ suggested various fixes to curb ‘problematic use’, some of which were implemented.

One measure that was suggested and later introduced was to reduce the frequency of user notifications and create tools that would encourage people to take breaks.

Ultimately, the team that made the suggestions to reduce such addiction issues was disbanded in 2019 although a company spokesperson told the Journal that Facebook was still ‘dedicated’ to solving the problem.

‘We have a role to play, which is why we’ve built tools and controls to help people manage when and how they use our services,’ Dani Lever, a Facebook spokeswoman, said in the statement.

‘Furthermore, we have a dedicated team working across our platforms to better understand these issues and ensure people are using our apps in ways that are meaningful to them.’

The company is said to be making a renewed attempt to address ‘problematic use’ including other well-being worried including body image and mental health.

Researchers added a word of caution to their analysis as they pondered whether Facebook was actually causing sleep problems or whether people who already had sleep problems were simply turning to Facebook for comfort.

The researchers urged further research on the matter to be conducted before their unit was ultimately shut down.

‘We welcome other teams to take on these opportunities,’ one of the researchers posted on Facebook’s internal communications system. ‘Please get in touch if we can help.’

Despite the negative findings from the company’s own research, in 2017 an executive with Facebook addressed the issues of social-media addiction.

It suggested that a passive consumption of social media could make people feel worse but those who were more active would feel better.

‘Actively interacting with people—especially sharing messages, posts and comments with close friends and reminiscing about past interactions—is linked to improvements in well-being,’ the company said.

The suggestion saw Facebook adjust its algorithm to post content that was often seen as angry or sensation because such posts resulted in increased engagement by users.

The information was all contained in documents leaked to the press part of the Journal’s Facebook Files, a trove of reporting based on internal documents provided by whistleblower Frances Haugen. 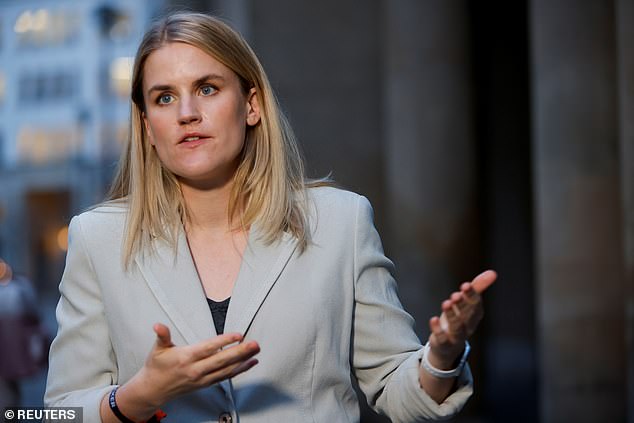 The info was contained in documents leaked to the press part of the Journal’s Facebook Files, a trove of reporting based on internal documents provided by whistleblower Frances Haugen

The documents essentially showed Facebook understood the harm it is causing, yet failed to act on it.

One set of reports, for instance, suggested Facebook knew that its Instagram platform was toxic for teenage users.

Haugen testified before Congress on October 5, saying Facebook was ‘internally dysfunctional,’ and that it was unlikely to change its behaviors without action from external regulators.

‘There’s only going to be a certain amount of time Facebook can say there is nothing causal out there,’ said public health professor Brian Primack who said the evidence gathered appeared to be ‘pointing in a certain direction.’

Writing about the research in a blog posting, Pratiti Raychoudhury, the Head of Research at Facebook claims the Journal misrepresented the research.

Raychoudhury said the company ‘has been engaged and supportive throughout our multiyear effort to better understand and empower people who use our services to manage problematic use. That’s why this work has taken place over multiple years, including now.’

Raychoudhury argues in her blog that ‘problematic use does not equal addiction,’ and that the company introduced ‘features to help people manage their experiences on our apps and services.’

Chief Executive Officer Mark Zuckerberg has said the company is continuing to look at the issue.

‘We certainly do not want our products to be addictive,’ he said in a November 2020 Senate hearing. ‘I don’t think the research has been conclusive, but it is an area that we care about and study,’ Zuckerberg said.