An abandoned historic water tower that has four floors could be crowned Britain’s best new building are among the winners of this year’s 2021 RIBA National Awards for architecture.

Today, the Royal Institute of British Architects announced the 20 projects in the running to win the UK’s most prestigious award for a new house or extension, which have been presented since 1966 and recognise the UK’s best new buildings.

The architectural feats include a house built within a steel water tower in Norfolk, that has been reengineered to account for the absent weight of water and the additional distribution of new accommodation loads, and a two-bedroom house that is completely hidden behind a garden wall.

Among the 20 projects in the running to win the UK’s most prestigious award for a new house or extension, one home has been renovated for two children, Theo and Oskar, who suffer from Duchenne Muscular Dystrophy, which is a genetic disorder characterised by progressive muscle degeneration and weakness.

The challenge was to remodel a small family cottage in Surrey, into a home that would cater to the children’s developing needs, considering their reducing mobility and interaction with their environment, whilst creating an oasis of hope and support.

A number of the structures in the competition have restored and adapted existing buildings, such as the stunning abandoned Outfarm barn, which was originally a place for prize cattle, and has now been restored into a beautiful living space.

Here is a selection of some of the National Awards projects in the running:

The disused historic Water Tower in Norfolk (Pictured) was purchased by its owners for the equivalent value of scrap metal. The existing water tank is cut laterally to create a 360 panoramic window aligned with the visible horizon. This forms an elevated living space in which the original water equilibrium devices remain suspended The Water Tower (Pictured) is infilled with a series of accommodation floors and window units used in optimised dimensions, with each floor containing a mezzanine bed bunk. The appearance of the original stilted silhouette is achieved by the inclusion of an enclosed bridge link between the stair and stacked floors 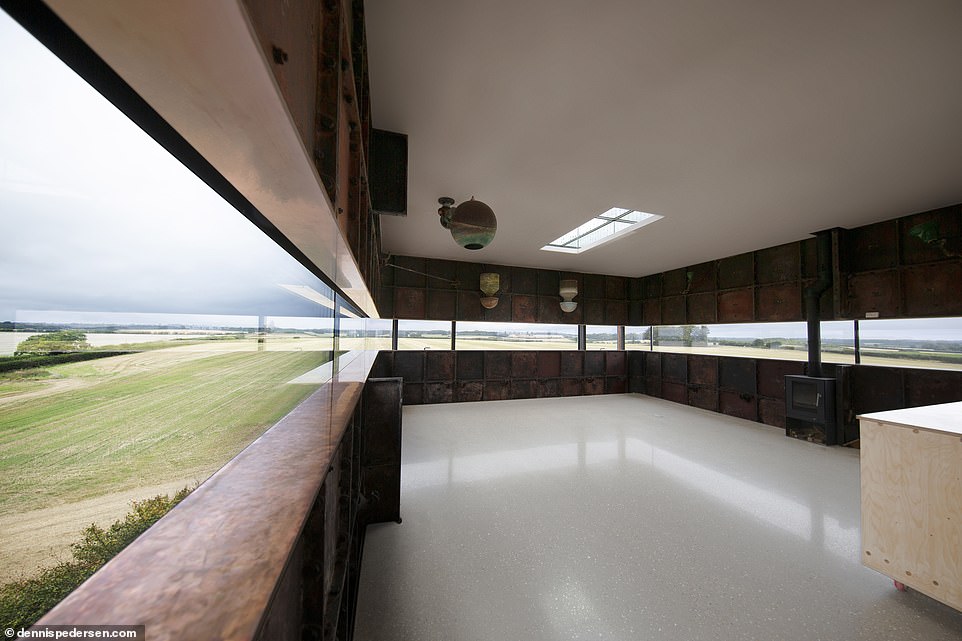 Standing tall within a setting of fields of Barley, the entire structure of the Water Tower (pictured) has been ingeniously engineered to account for the absent weight of water and the additional distribution of new accommodation loads 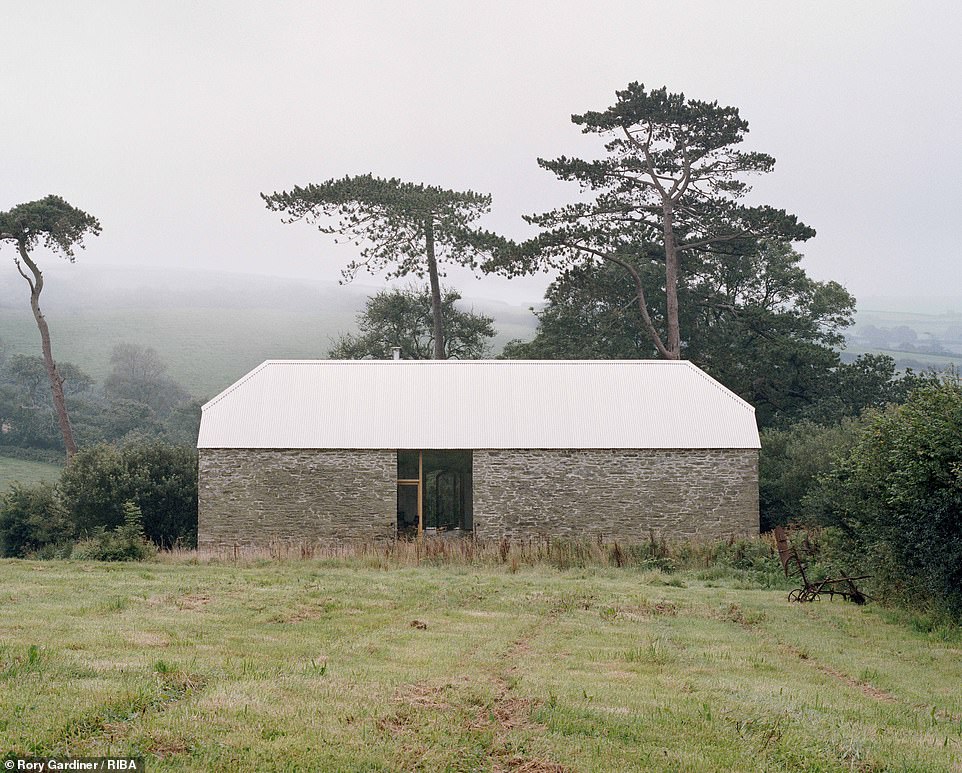 This unique and rediscovered barn, named the Outfarm, (Pictured) is located in Devon and was a place for prize cattle. It was found by chance, as a ruin on a plot of land, with no permission for re-use. Since then, it has truly been rescued and should be recognised as a building of high architectural and historical significance 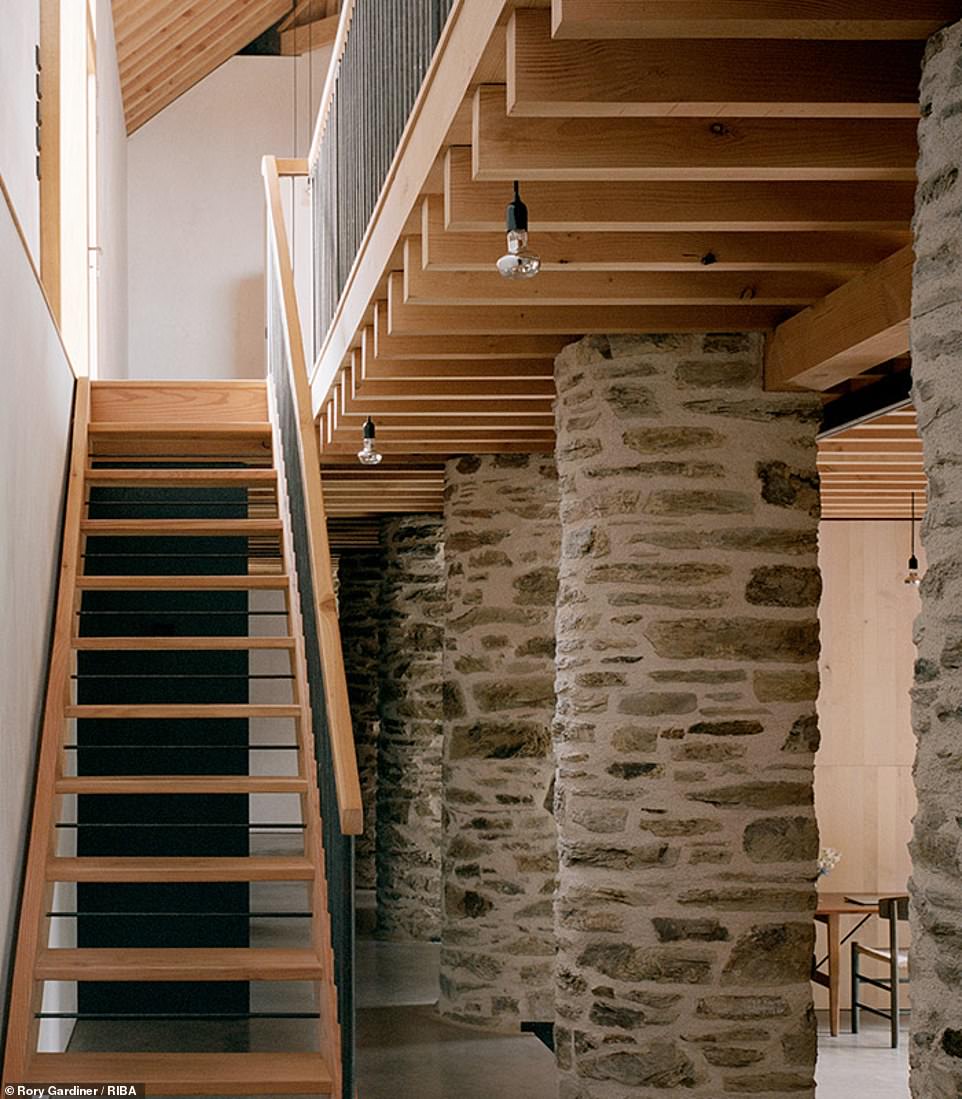 The Outfarm (pictured) features the structural steel shoes that stabilise the original half-rounded columns, which pay homage to the abandoned barns history. The owners have featured a minimal design and a new roof, specifically engineered to allow for an additional mezzanine if and when necessary 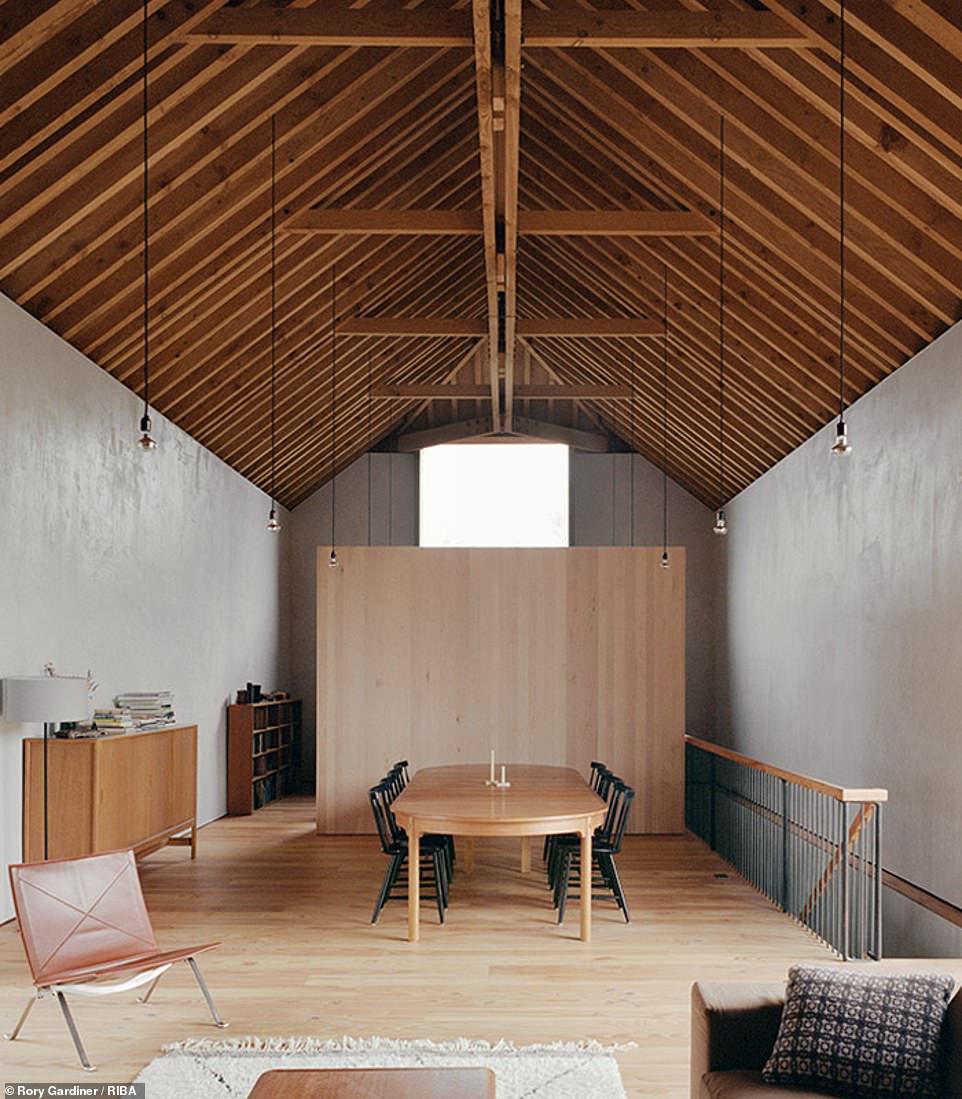 The Outfarm’s open plan dining and living space (Pictured) features a bright wooden stained floor to enhance the light, and give the place a at-home feel. The high roof means the space has an array of light fixtures to keep it bright of an evening The barn conversion (Pictured) features the original stone and has been modified to fit in wooden doors that have a complete glass pane to let as much light into the property as possible. The wooden backdrop allows of a minimalist approach to modern decor 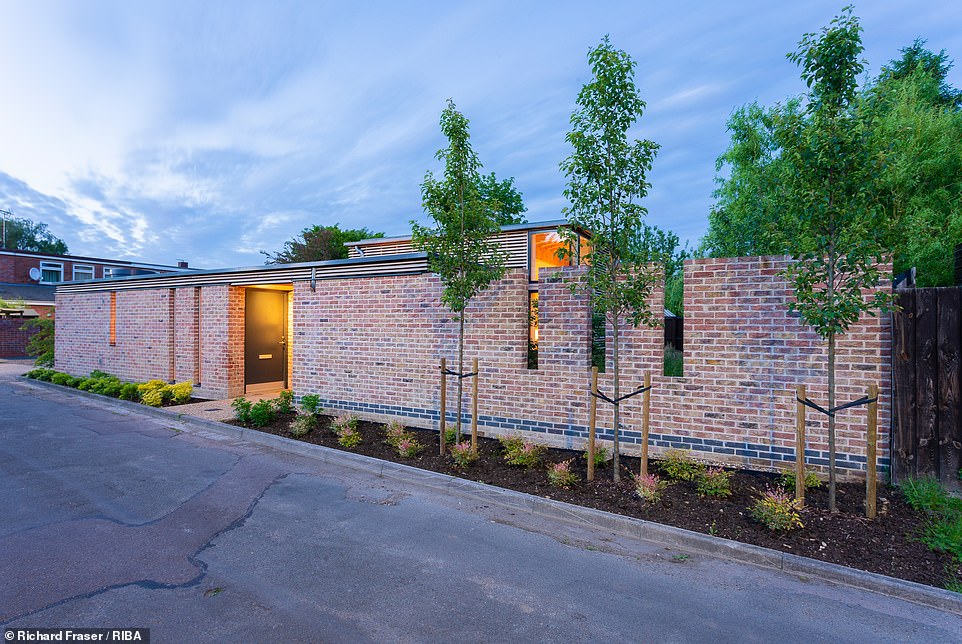 The Simple House, located in Cambridge, by Haysom Ward Miller Architects, is an extraordinary piece of inventive design. The two-bedroom house is completely hidden behind a garden wall – The owner didn’t want to impose on the already settled neighbourhood and decided to opt for a discreet design and construction 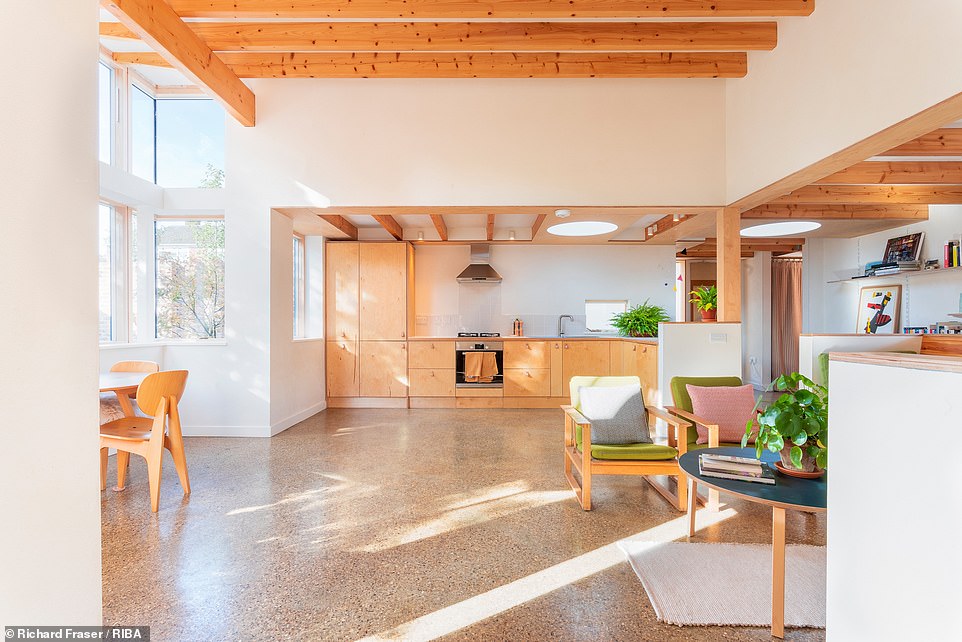 Set in a very small plot, originally a simple garden plot, Simple house (Pictured) embraces nature in all directions. The clients’ aim was to reinstate what they took away from nature – And they have achieved just that 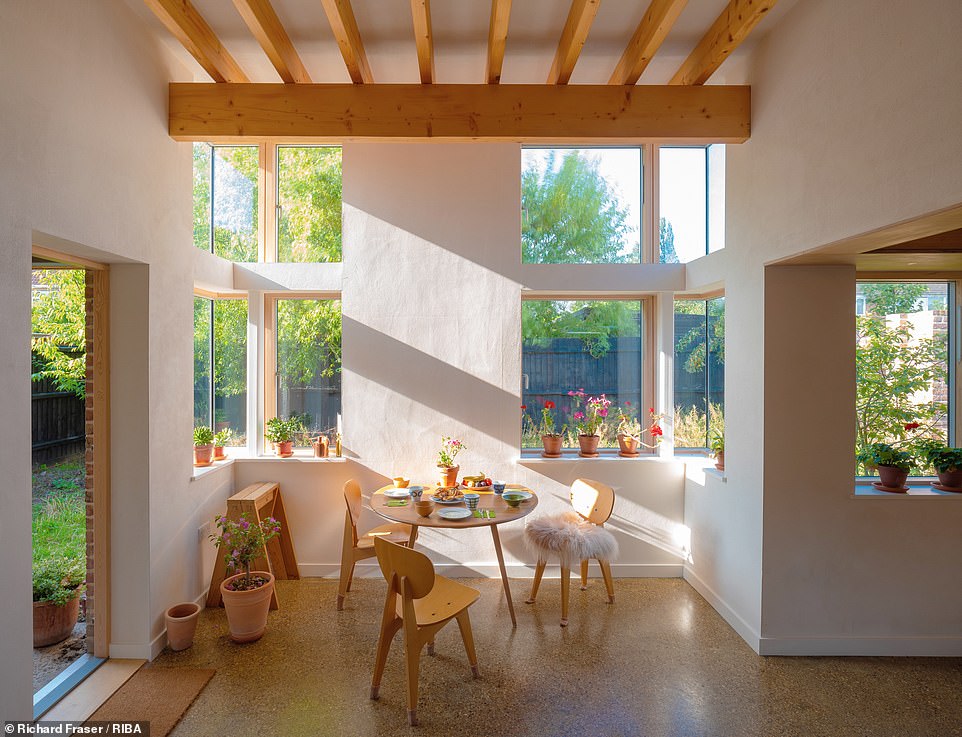 It’s an open and generous space connected to both garden areas with large windows raising up to the top of the main living area, creating a beautiful atmosphere, flooded with natural light coming from all directions including some exceptional round roof lights and high-level windows Natural and simple materials – unpainted exposed joists, aggregate concrete floor and birch-ply details – give the space a natural look and organic feel. Some details have been purposely left unfinished to create a sense of unsophisticated flawlessness in total balance with the natural and organic feel of this small home 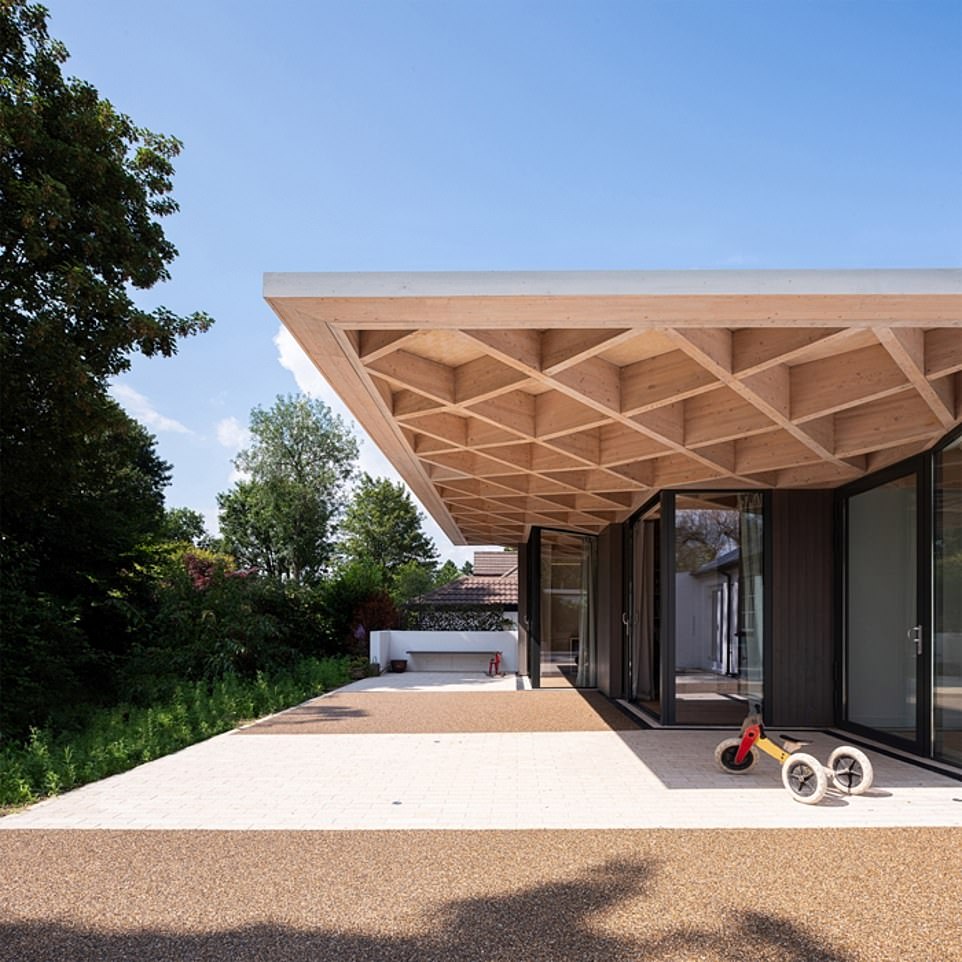 House for Theo and Oskar (Pictured), located in Surrey was originally a small family cottage that was remodelled into a home that would cater for the client’s children Theo and Oskar, who suffer from Duchenne Muscular Dystrophy 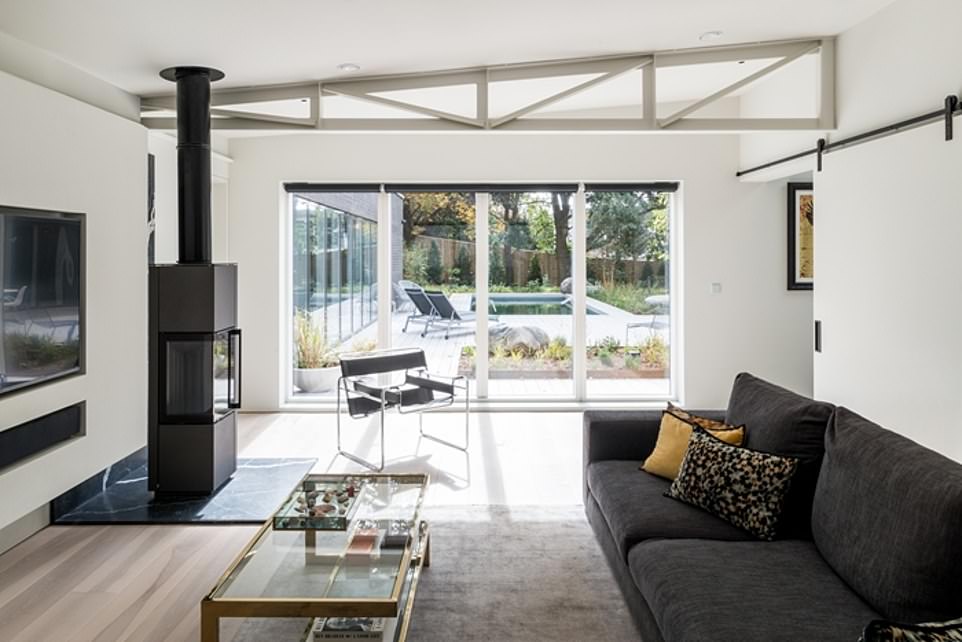 The extension wraps around the side of the cottage to form a new front entrance, maintaining the important existing horizontal eaves line and the suggestion of a pitched roof The internal circulation has been rationalised with seamlessly integrated pocket sliding doors to afford full access throughout. The identity of the original cottage is not only retained but invigorated 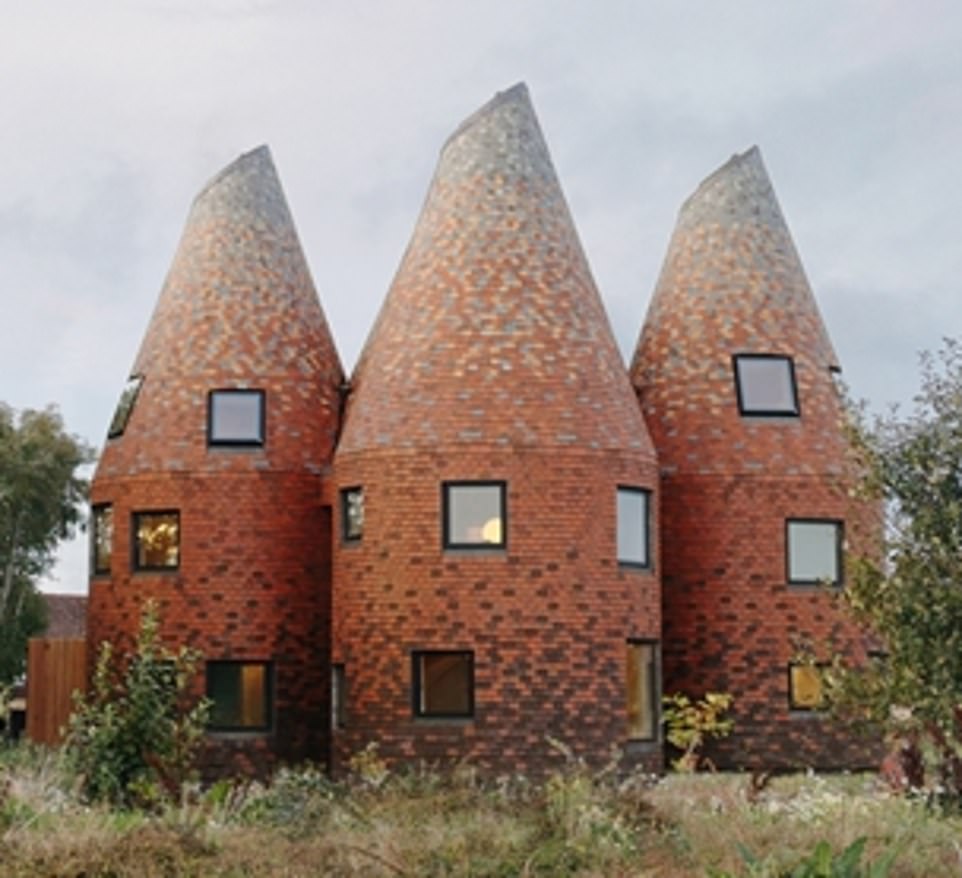 The Modern Oast is a new build house, in Kent closely based on the local vernacular used to dry hops. The house accommodates a family with two young children. Each roundel performs a different function in the makeup of the home 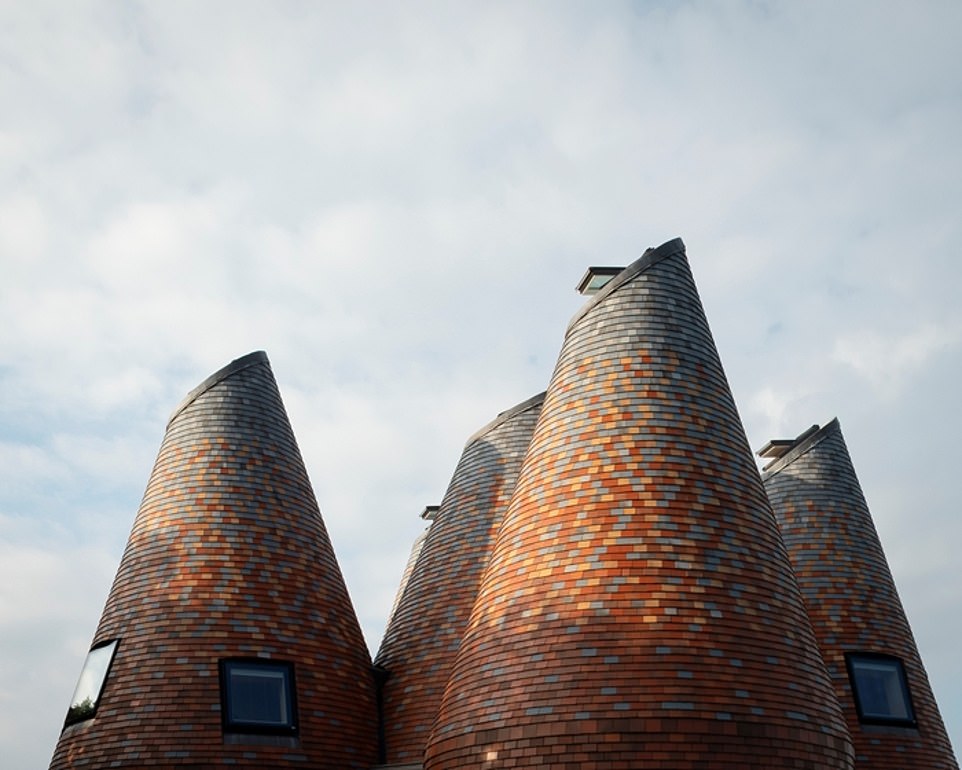 A triple-height central roundel links all the spaces, with a kitchen and sitting room connected to this space on the ground floor, along with a spare bedroom, study, bathroom, and utility room – connecting the building together 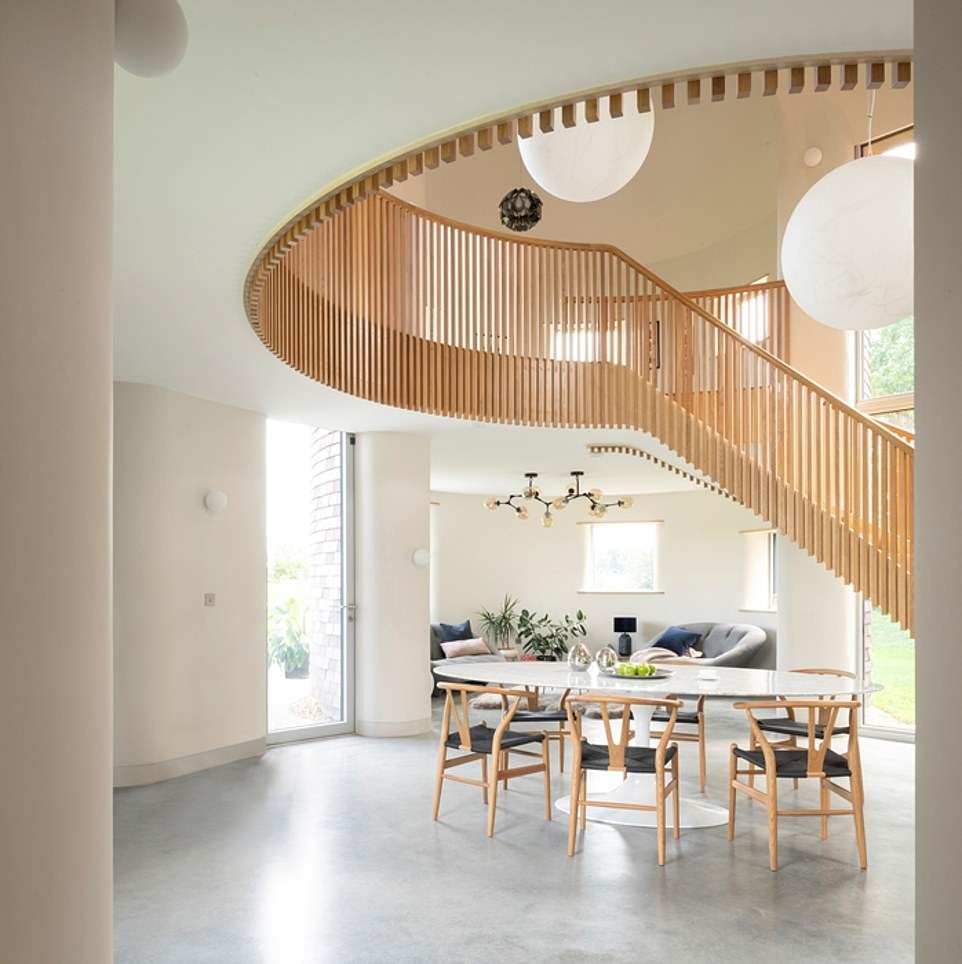 On the first floor (pictured) a double-height living room and curved landing provide access to the three bedrooms that are housed in the three remaining roundels. The the building offers a clever response to a unique set of problems – ultimately, that hops dry in dark spaces whilst families prefer living in light spaces The property, House-Within-a-House, (Pictured) located in Gloucestershire is also in the running for RIBA’s 2021 National Award. The new building repairs the Victorian street that had suffered bomb damage during World War II and had housed a nondescript building built in the 1960s in the meantime 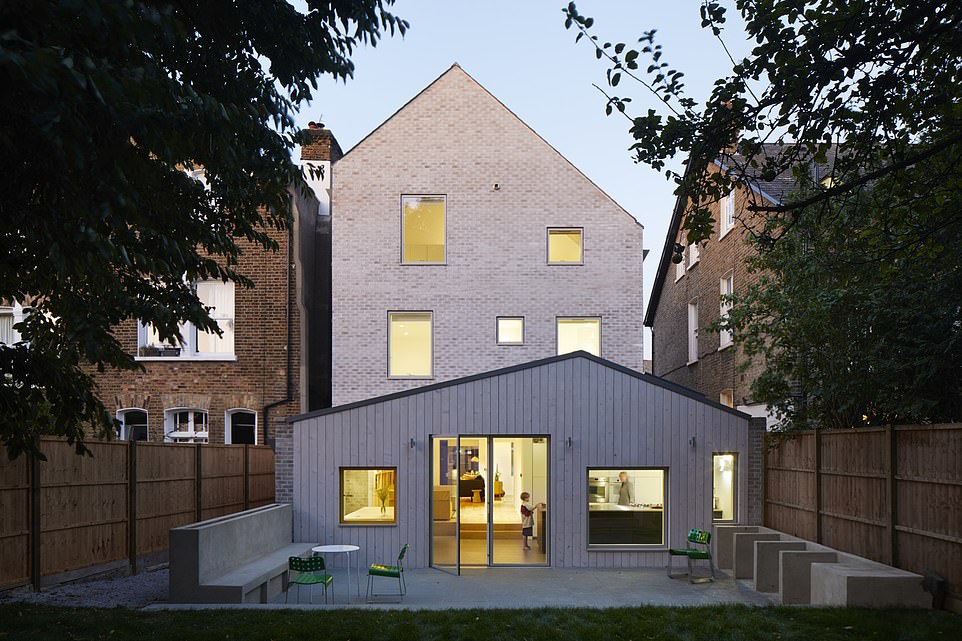 Although the house has a new skin, it is built around the existing two storey house (Pictured). The inside is not entirely open plan. Two rooms to the front, which could be used as a study and a snug, look onto the front garden. The living quarters are split level, the sitting room stepping down to the single storey kitchen and dining room at the back, which looks on the rear garden

The shortlist and winner of the RIBA House of the Year 2021 will be revealed in the sixth series of Channel 4’s Grand Designs: House of the Year, produced by Naked West, airing later this year.