A driver has captured the insane moment a wild skateboarder weaved across a dangerous road at high speeds.

The video of the daredevil riding along Spit Road in Sydney’s affluent north shore suburb of Mosman was posted to a local community Facebook group on Thursday night.

‘Anyone know this idiot that went down Spit Road on a skateboard doing 80km/h… he nearly killed me,’ resident Davis wrote alongside the video.

The footage showed a man in a short-sleeved white tee, grey shorts, and a red helmet along with black gloves and knee pads take off along the usually busy road on his skateboard. 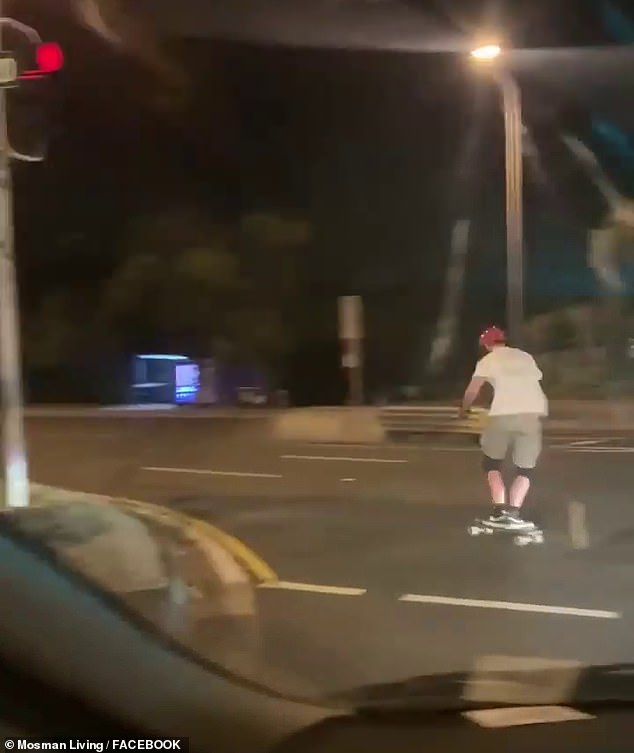 As a vehicle followed behind and filmed the daring man, the skateboarder can be seen enjoying the bendy road as he weaved from one lane of the road to another while hurtling down the steep descent.

The skater remained bent down on his board for balance and momentum as he raced downhill on the straight stretch of the dangerous road marked as a 60km/h zone.

The trailing vehicle caught up to the speedster as the man prepared to keep his balance and complete the final bend of the road.

The video ended as the daredevil raced through a set of traffic lights, which were fortunately green, at a fast speed.

While the resident who posted the adrenaline-filled video seemed outraged over the rider’s actions, many residents commended the thrill-seeker on his impressive skating. 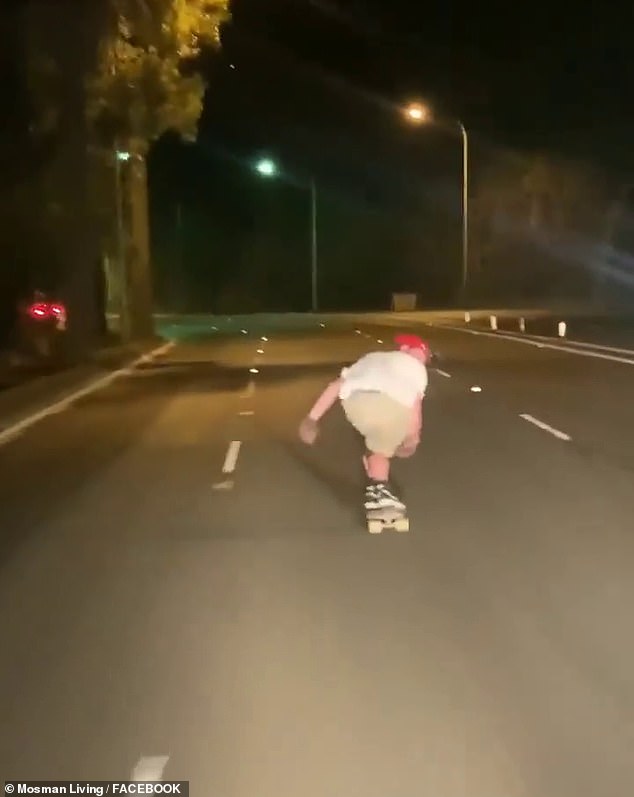 ‘What a hooligan,’ one user joked.

Another user wrote: ‘Very impressive. I think it’s great. They should close Spit Road for a couple of hours and hold a downhill race.’

While a third wrote: ‘He looked like he was very experienced.’

Other community members thought the rider was brave but were worried about the possible outcomes of going so fast..

One user wrote: ‘I’d be petrified for him, although it’s ballsy, I’d hate to see him collide with someone or something, and nobody wants to kill someone on the road either. 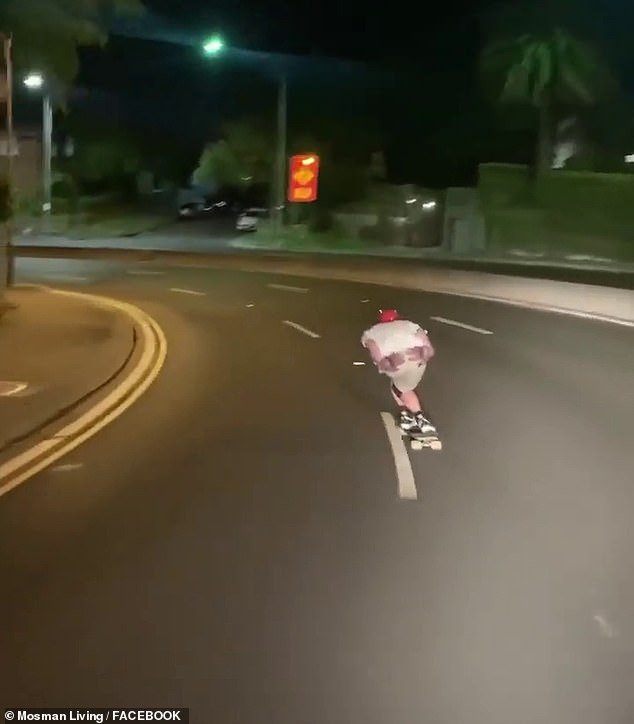 ‘That being said he has plenty of space to move,’ they added.

‘He would’ve been s**t outta luck if that light at the bottom was red,’ wrote another.

Another community member said: ‘So glad nobody pulled out of a drive or Pearl Bay Ave. And the lights at the bottom…’

A resident who lives along the main road replied: ‘Exactly! I’m one of those houses as it’s the bikes that speed past and there’s no way they could stop in time or move to the other side by the time I’ve backed out. Very risky!’ 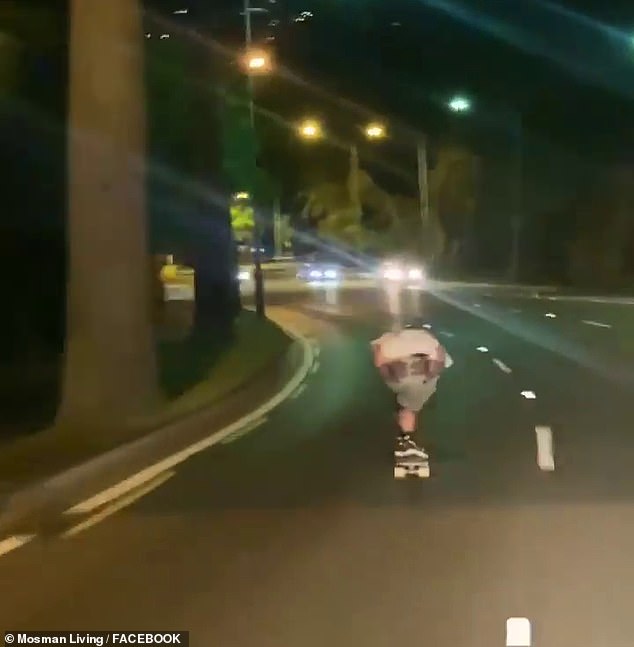